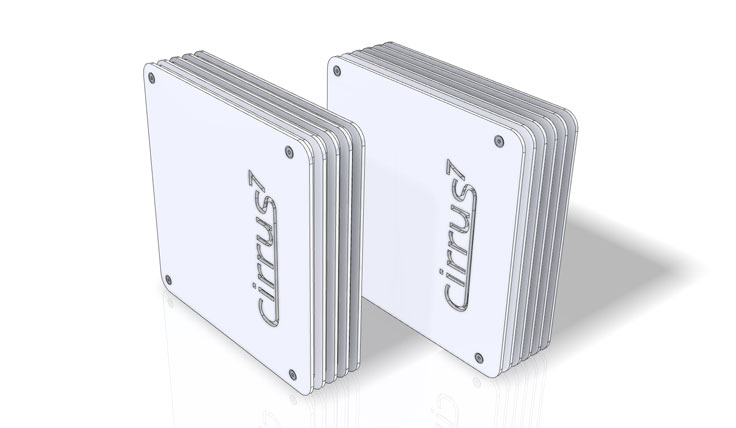 German PC manufacturer Cirrus7 has launched a new small form factor (SFF) PC called the Nimbus that uses slices of aluminum that do double duty as both a case and a passive CPU cooler (heatsink).

The Intel DQ77KB board supports vPro and KVM over IP on systems with the Core i5 or higher processor. It has the following external IO options:

The SFF PC comes preloaded with either Ubuntu 13.04, Ubuntu 12.04, or Windows 8 (depending on your choice at checkout). 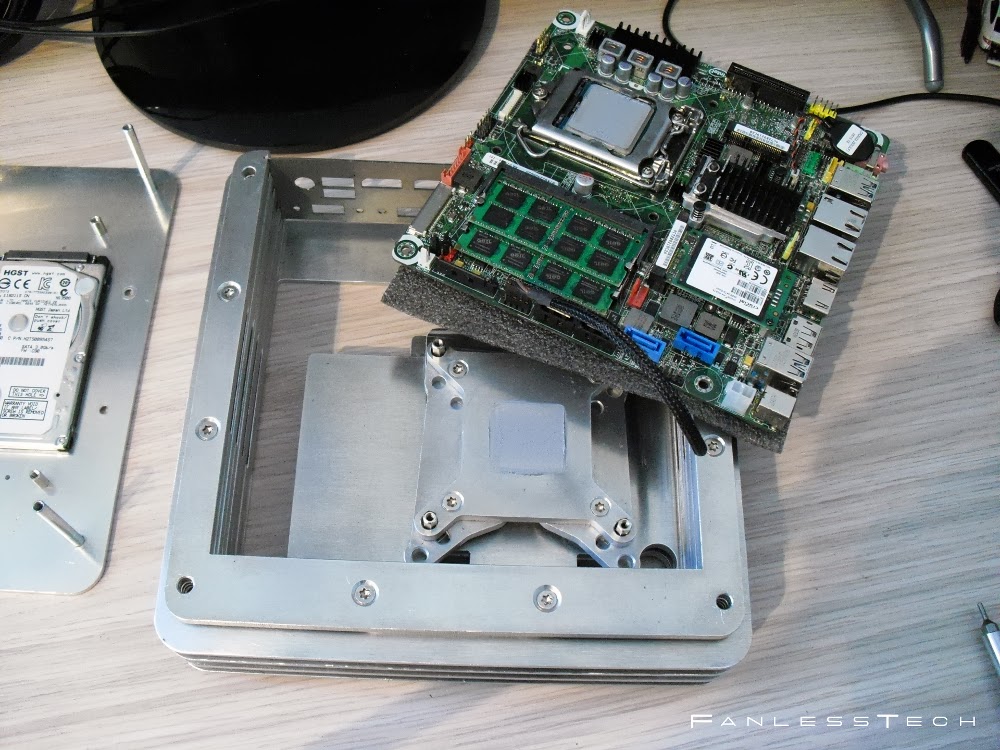 Check out more photos of the Nimbus at FanlessTech.

In order to keep the hardware cool, Cirrus7 has opted for an all-aluminum enclosure that is built around and over the motherboard in a fin-spacer-fin pattern. Each aluminum fin is 12mm high and the height of the system can be varied by adding or reducing the number of fins used. For example, using all fins allows Cirrus7 to support higher TDPs like the Core i7 3770T. Alternatively, if you are just using an i3-3220T, you could get by with a smaller (and lighter) case/heatsink. Notably, judging by the hands-on photos over at FanlessTech, the Nimbus does not use a copper CPU block which may have reduce the heatsink's effectiveness. That, or maybe Cirrus7 expects that they have slapped enough aluminum fins on the system that it doesn't matter much (heh). Also note that the case is not completely sealed, so although it is passively cooled, it is definitely not water or dust proof. Beyond that though, the case looks nice and the system would make a nice silent backup server, router, or HTPC!

The Nimbus will be available towards the end of June in Germany and Europe, with worldwide shipping available upon request. The system starts at €499 for the base model which is approximately $640 USD (before shipping). That price includes the case, processor, motherboard, RAM, and mSATA drive. Cirrus 7 has stated that Haswell-based models of the Nimbus will be available at some point, but are not expected until around the end of 2013 at the earliest. 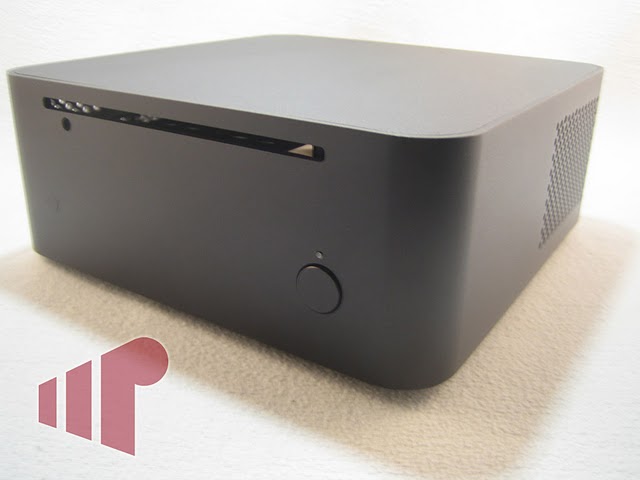 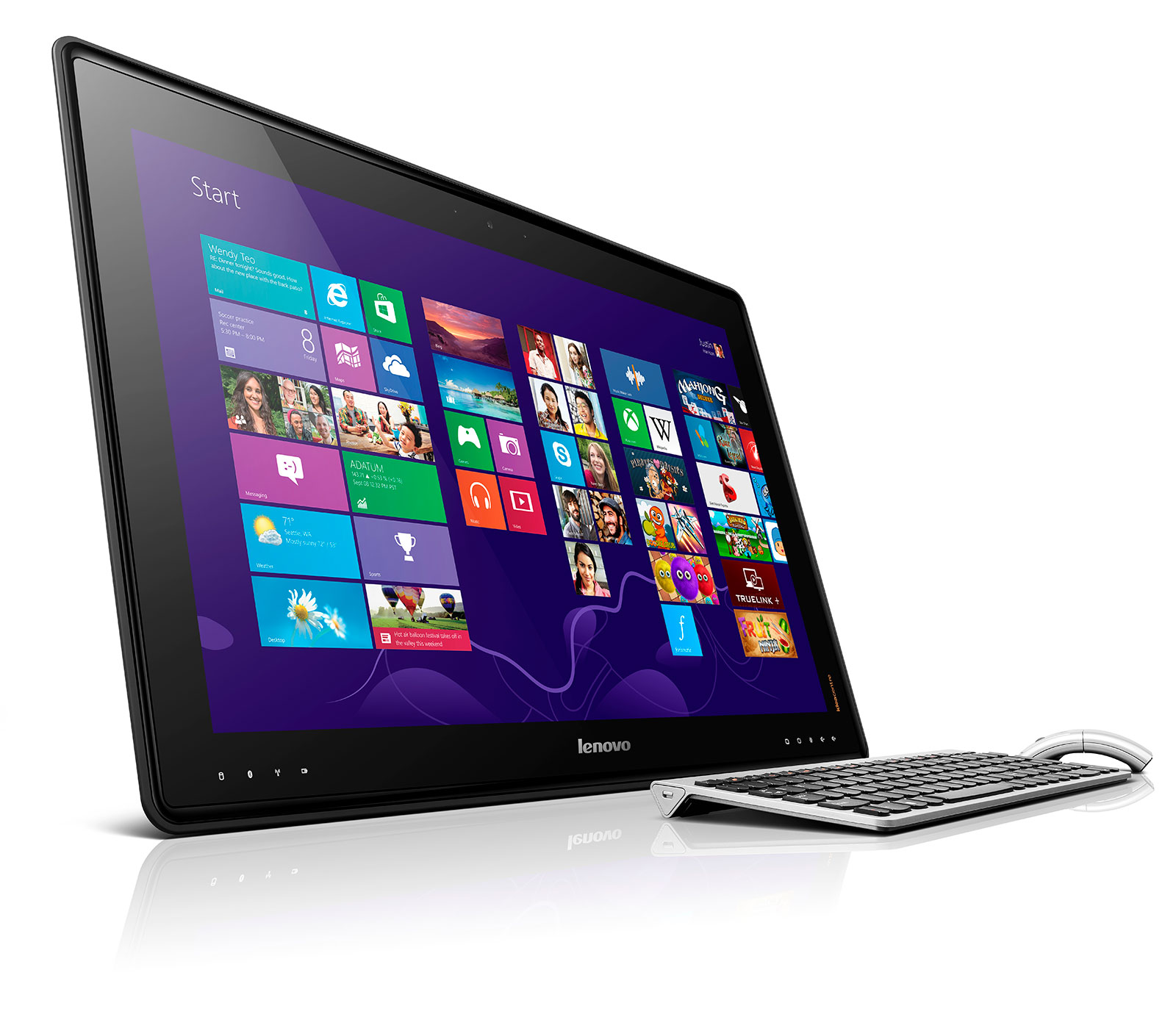