It might not be entirely obvious to viewers, but I love old hardware.  I came across a stash of old machines at my workplace that we were going to just throw away.  I was able to grab a couple of pretty interesting products from years past that I wanted to share and chat about.  The first of this series should be very familiar to most of you, especially those around when Ryan started his first website.

It is fun to reminisce about old hardware.  The K7M is a classic.

The Asus K7M was one of the first Slot A motherboards out.  It was arguably the most fully featured of the group.  Its primary competition was the FIC SD-11 and the Gigabyte GA-7IXE.  If you remember that monster of a board (with one very strange layout) then you  most certainly have fond memories of what Asus was able to bring to the table.

The K7M was based on the AMD “Irongate” northbridge (AMD-751).  This was a pretty fully featured chip at the time.  It supported SDRAM up to 100 MHz and featured AGP 2X.  This chip was rumored to contain IP from VIA, but it had distinctly better performance than the competing AGP 2X chipsets from VIA at the time.  I distinctly remember having fewer AGP issues with these boards than products from VIA.  The K7M eschewed the AMD 756 southbridge and instead used the VIA 686A controller.  This was an updated (and fixed) southbridge from VIA that supported up to ATA-66 speeds and USB 1.1. 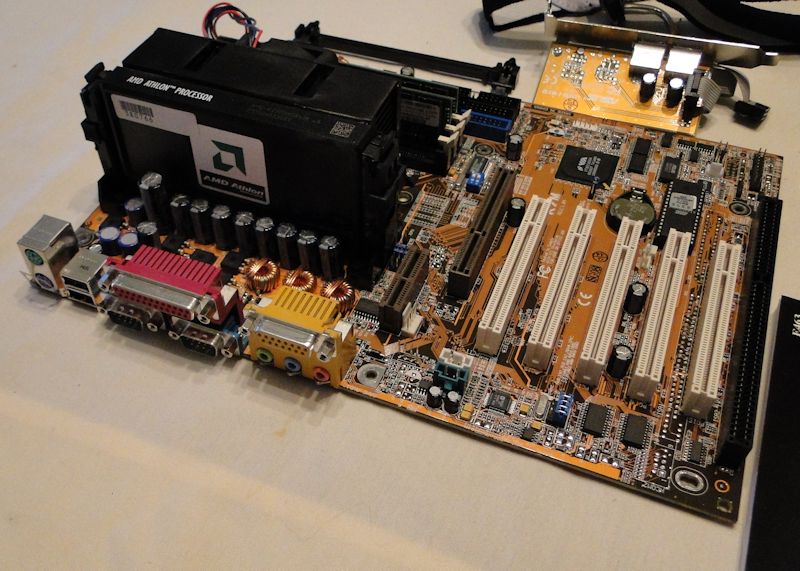 Integrated audio was still uncommon back in the day.  If you thought mobo audio quality is bad now…

The K7M was a decent overclocker for the time, but little was known about the EV-6 bus and how it reacted to overclocking.  Bus speeds up to 107 MHz or so were common, but anything above that got pretty flaky fast.  Later BIOS revisions helped a bit, but the 751 was not going to be pushed much further.  It was not until official 133 MHz support came in did we see some legroom with overclocking.

The K7M was a very solid board for being an introductory product.  One thing that always amused me greatly was that Asus, Gigabyte, and other motherboard manufacturers would refuse to show Slot A boards on the floor of Comdex because they feared that Intel would come down upon them like a ton of bricks.  If a person wanted to see a Slot A board, they would have to go into a back room and view it from there, but only upon request.  It was not until the next year that some manufacturers cautiously showed off their AMD offerings. 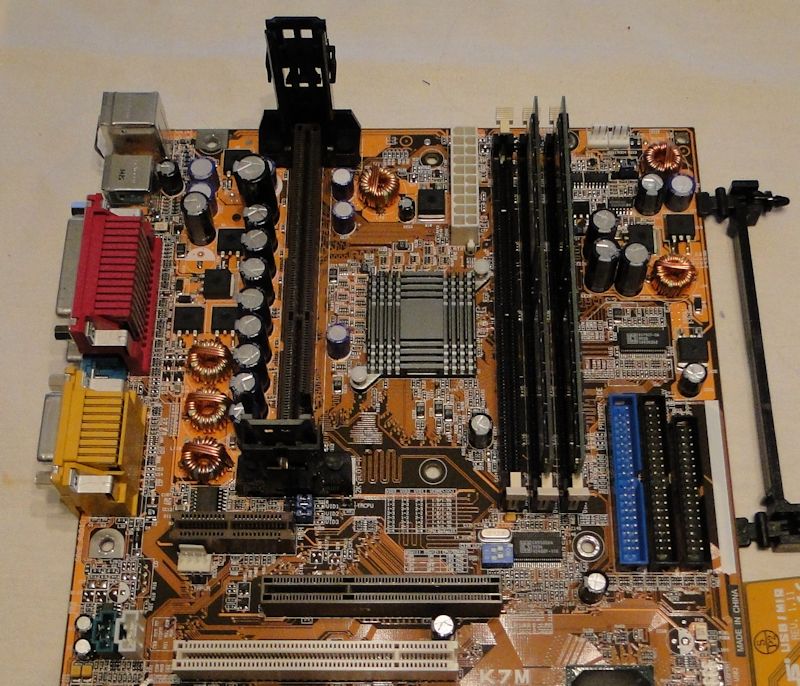 Name that mini-slot above the AGP!

I ran this particular board for a while.  I believe I ran the SD-11 longer.  I was doing reviews all the time, so I was swapping out motherboards pretty frequently.  The Asus had a luxury feel about it as compared to the FIC and Gigabyte offerings.  It even had integrated audio and a game port.  Few other products of the time included such a perk.  AMD was on a roll with the original K7 Athlon, and Asus was one of the first partners to really produce a world class motherboard for the architecture.