Our Lenovo Y500 review unit featured an Intel Core i7-3630QM quad-core CPU, 16 GB of RAM, and the aforementioned dual NVIDIA GT 650 (2 GB GDDR5) GPUs configured in SLI. It’ll be interesting to see how well this SLI configuration stacks up against more capable rivals such as the GT 675. 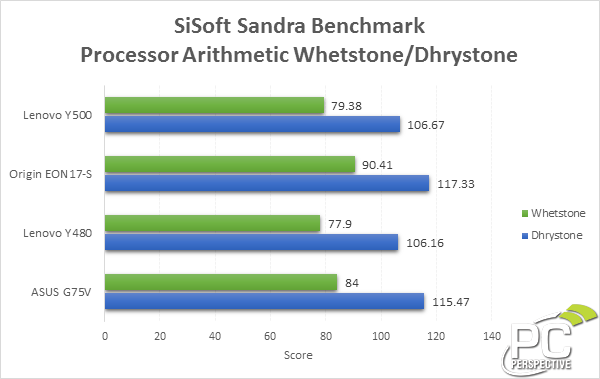 Here we find nearly identical results as the Y480 (it’s the same CPU after all), and also comparable to EON17-S’ i7-3920XM. It’s worth noting that our Sandra results for the EON17-S were curiously lower than other notebooks featuring the same CPU, however—so this shouldn’t be considered a knock against the i7-3920XM.

Moving on, what do 7-zip and Peacekeeper have to say? 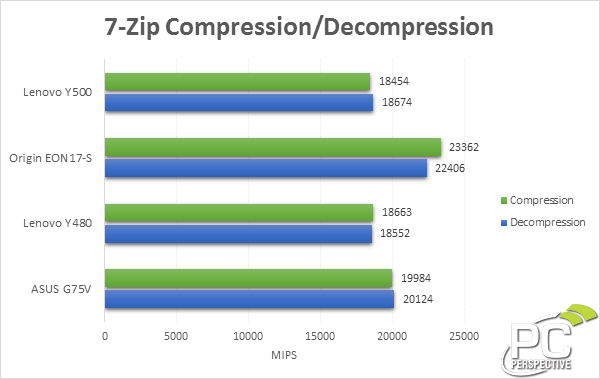 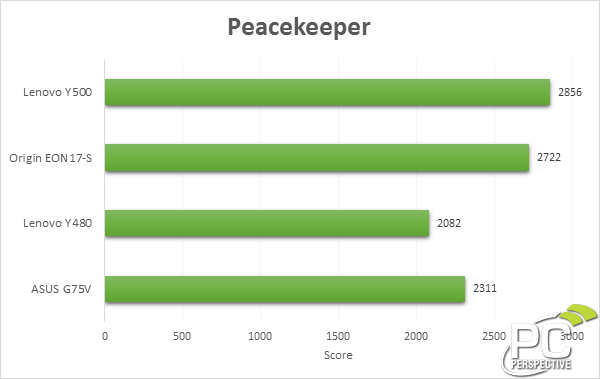 Once again, the Y500 is neck-and-neck with the Y480, while this time the EON17-S pulls ahead by a healthy margin. It also aces the Peacekeeper benchmark—and considering the overall scores here, it’s clear that you can’t go wrong with any of these three models.

Finally, we wrap up with Cinebench R11.5. (We don’t yet have comparisons for this benchmark from past models as it’s a recent incorporation into our review process.) Yet again, the results here are convincing, with scores of 1.32 for single-CPU and 6.2 for multi-CPU. The OpenGL benchmark, meanwhile, yielded a score of 37.47.

Our application performance testing centers on PCMark 7, which—while always heavily weighted toward machines outfitted with solid state drives—still arguably provides an accurate approximation of the overall “feel” of the system’s responsiveness and speed during typical usage. Since the Y500 includes a standard mechanical drive paired with an mSATA SSD cache drive, we performed the benchmark three times consecutively to acquire a more accurate figure (as it should reflect the sort of performance associated with running a frequently-used application which has been partially cached by the system).  The score we received was a 3275, which isn't bad, but it certainly isn't all that great.  As previously mentioned, with a pure solid state drive, PCMark scores skyrocket toward the 4,500 mark and above; certainly in this case that is the bottleneck we're presented with.

The Windows Experience Index would agree.  It yields a 5.9 score, with the hard drive as the weakest link.

Let’s take a closer look at the mechanical hard drive itself to see how it factors into these scores. The drive in our review unit was a 1 TB Seagate 5400 RPM (model 000LM024). How does it stack up against the competition? 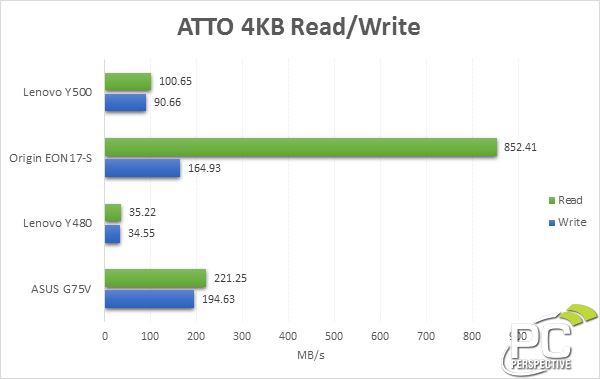 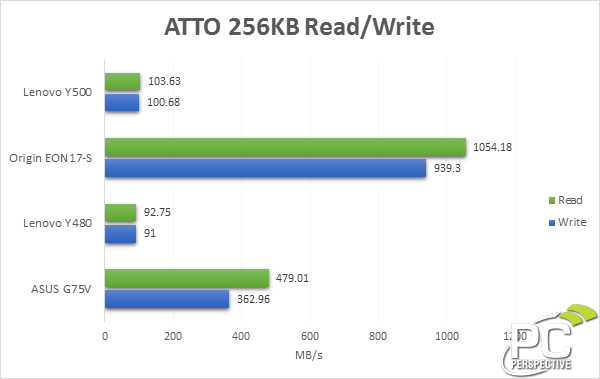 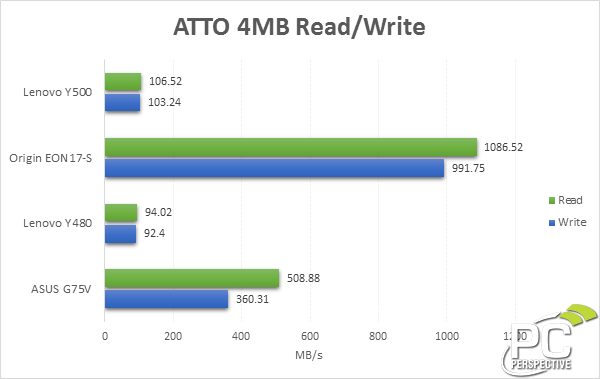 Considering that practically anything could beat the Y480’s hard drive performance, it’s not much of a surprise that the Y500’s drive is faster here—many times faster in 4K read/write, but only around 10% in the other two tests. Equally predictable is the EON17-S’ crushing performance, clearly thanks to its RAID-0 array of SSDs. Let’s see if HD Tune reinforces these findings. 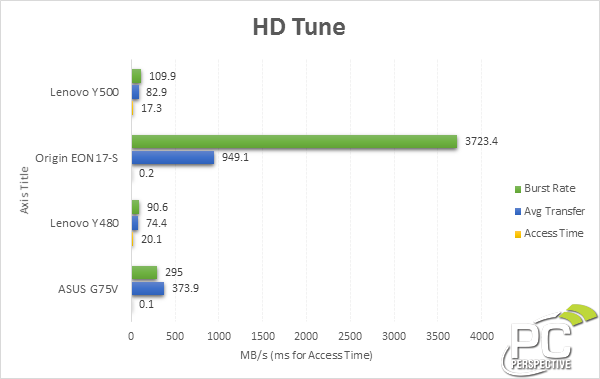 Apart from the obvious fact that the EON17-S makes a mockery of everyone else in terms of transfer speeds (again), in the grand scheme of things, the Y500’s hard drive is nothing spectacular, and it certainly represents the weakest link in the system’s overall performance. This is confirmed by the WEI rating, which is bottlenecked by the hard drive’s score of 5.9.