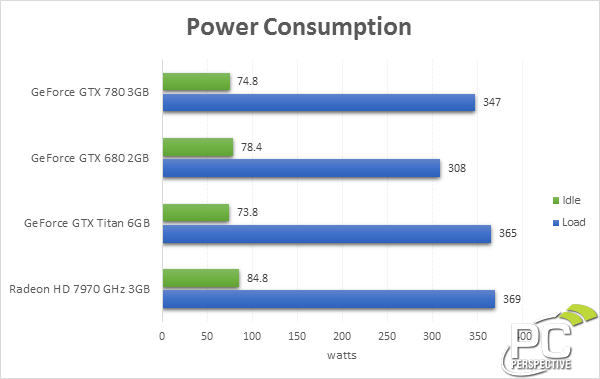 From a single GPU perspective, the GTX 780 fits right in line with expectations – great idle power consumption in line with the GK104-based GTX 680 and the GTX Titan that uses the same GK110 chip.  You might be surprised to see that the load power consumption of the GTX 780 is only 18 watts lower than the GTX Titan, despite the performance delta between them.  Keep in mind that the GK110 chips binned for the GTX 780 are likely often those that couldn't quite hit the power efficiency levels of the GTX Titan, so the power proximity isn't surprising.

Also, keep in an eye on the power consumption of the Radeon HD 7970 GHz Edition GPU compared to the GTX 780 – even though the GTX 780 wins most of the performance tests it uses 22 watts less power. 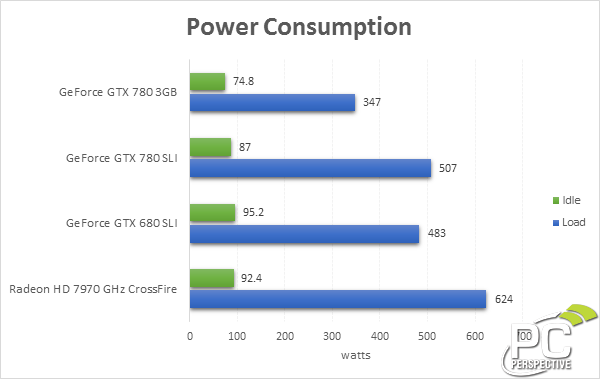 The pair of GTX 780s in SLI don't use much more power than the GTX 680s in SLI yet perform dramatically better in almost all of our testing.  The HD 7970s in CrossFire pull 117 watts MORE from the wall in comparison… 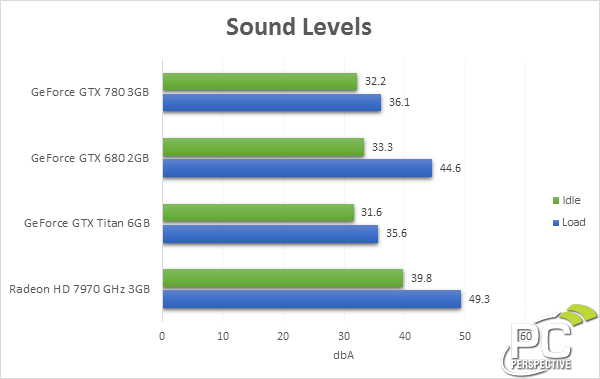 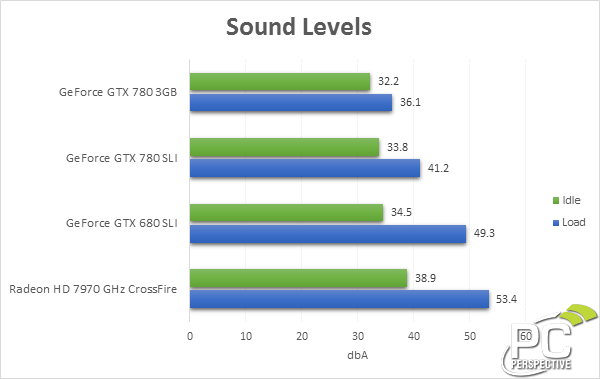 With the GTX Titan cooler NVIDIA introduced a new standard for low noise levels and the GTX 780 follows suit, coming in quite a bit quieter than the GTX 680 reference card and WAY under the 49.3 dBA of the Radeon HD 7970 reference card.