Now to the results. First a look at PCMark Vantage runs. We perform three passes on each Hybrid solution. Ideally the first pass will run at near HDD (uncached) speed, while the second and third passes will evaluate cached performance. So long as the data remains cached, performance should remain at the higher level. 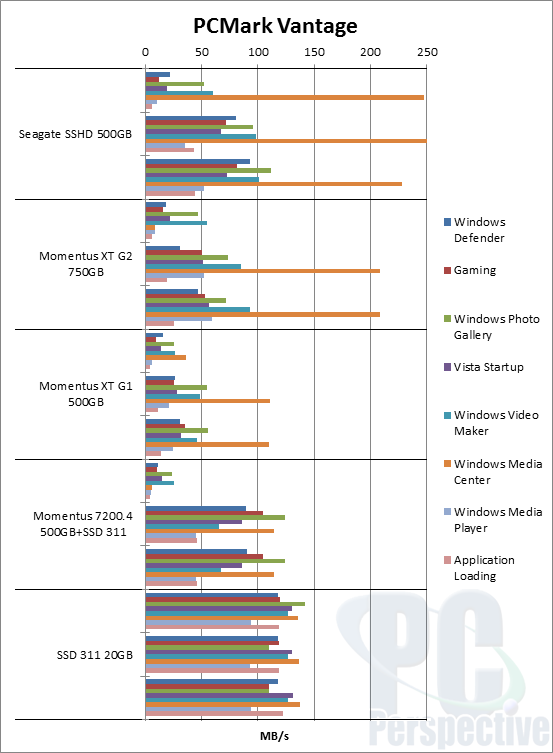 You'll note the new SSHD has made considerable gains over the previous model, and even nipps at the heels of the pure HDD cached with Intel's SSD 311 SSD (via Z68 RST caching). The Toshiba toggle-mode flash appears to be responsible for higher ultimate throughput, enabling higher marks in the mostly sequential Windows Media Center streaming portion of the test. toggle-mode flash does have a bit of an edge on IMFT where ultimate throughput is concerned, which is especially important when there is only room for a single flash package on the device. The ultimate ratings of the bottom three charts are limited by the SSD 311 and Momentus XT G1 having only an SATA 3GB/sec interface. 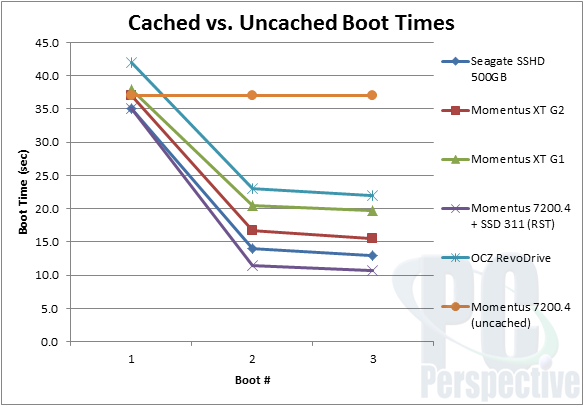 The newer SSHD boasts speedier boot times as well, coming dangerously close to the native Intel RST caching solution, and very handily beating the OCZ RevoDrive. The Revo has a hard time with this test as the first half of the boot is uncached until the Windows caching driver is loaded, while Intel RST caching is native to the BIOS and kicks in just after POST. Seagate's caching is, of course, enabled whenever the drive is powered up. 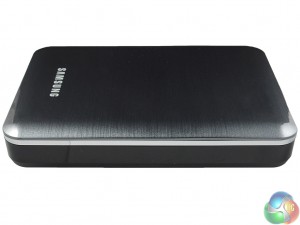 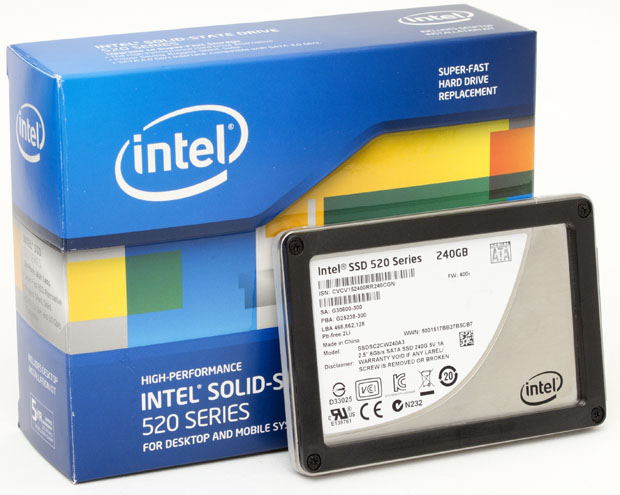 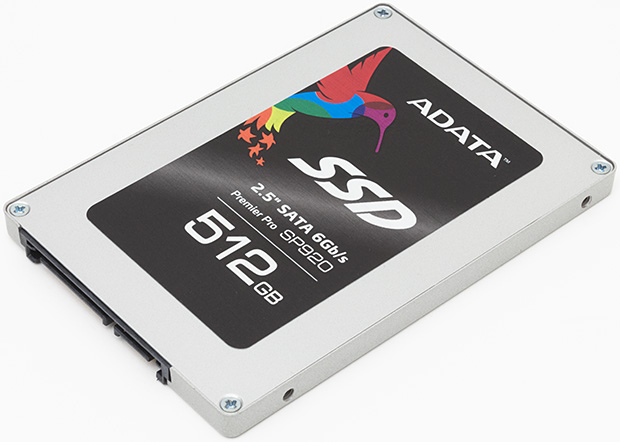 A tale of two SSDs; Crucial and ADATA’s twins