StarCraft 2: Heart of the Swarm Review

The wait has been long and anxious for Heart of the Swarm, the expansion to 2010's StarCraft 2: Wings of Liberty. Blizzard originally hinted at a very rapid release schedule which did not exactly come to fruition. The nearly three years of development time for Heart of the Swarm is longer than a single studio spends on a full Call of Duty title; although, one could make a very credible argument that a Blizzard expansion requires more effort to create than said complete Call of Duty title.

But as Duke Nukem Forever demonstrated, a long time in development does not guarantee a fully baked product coming out the other end.

Blizzard games have always been highly entertaining albeit without deep artistic substance; their games are not first on the list for a university literature syllabus. But, there is a lot of room in life for engaging entertainment. In terms of the PC, Blizzard has always been one of the leading developers for the platform; they know how to deliver an exceptional PC experience if they choose to.

Blizzard actively maintains three major franchises: StarCraft, Warcraft, and Diablo. Each franchise has its own take on the balance between hero units and army control. Hero units shift the dynamic toward increasing levels as well as customizing skills and attributes of a few key units. Army control shifts gameplay towards economy, production, mobility, and positioning. 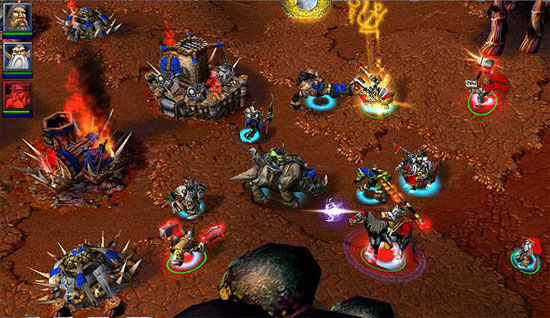 It all comes back to Warcraft.

Warcraft was the first of Blizzard's big three. Armies consisted of a hero unit supported by a moderate collection of minions. Within a few years, Blizzard expanded with Diablo and later StarCraft and filled up more of the hero vs. army spectrum. Diablo builds itself pretty much solely on the hero unit. StarCraft, on the other extreme, has the player commanding blobs of individually weak units.

Warcraft was last seen as an RTS in 2003 with its Warcraft III: The Frozen Throne expansion pack.

StarCraft 2: Heart of the Swarm expands both the single-player and multiplayer components of the original StarCraft 2: Wings of Liberty. The campaign is set upon Kerrigan and her connection with the insect-based Zerg race. Kerrigan has recovered her humanity through the events of Wings of Liberty and ancient Xel'Naga technology, at least skin deep. No one knows how much Zerg mutagen remains within her or, likewise, the power she retains over the Zerg.

By the way, does anyone else think of midichlorians when they hear mutagen?

The campaign story lasts about a half dozen acts with a total of about 27 missions, including the brief evolution side-quests. No secret mission exists as far as we know, which is a bit sad; the bonus missions in StarCraft were among the most engaging from a narrative standpoint. 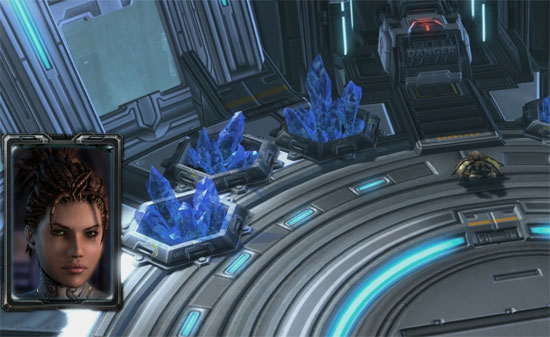 Most missions include Kerrigan, and others on occasion, as playable hero units. I believe Blizzard truly wanted to develop another Warcraft campaign and found Heart of the Swarm as a plausible vessel. Surprisingly, if you were looking for more single-player Warcraft gameplay, you might find extra enjoyment in Heart of the Swarm. Between missions you can use bonus objective currency, Kerrigan Levels, to customize both your army and her skills. These customizations allow for instant overlords if you find yourself consistently supply capped, a charge ability for Kerrigan to imitate Left 4 Dead with, or the ability to call down a fairly large roach-hydra force near the hero. 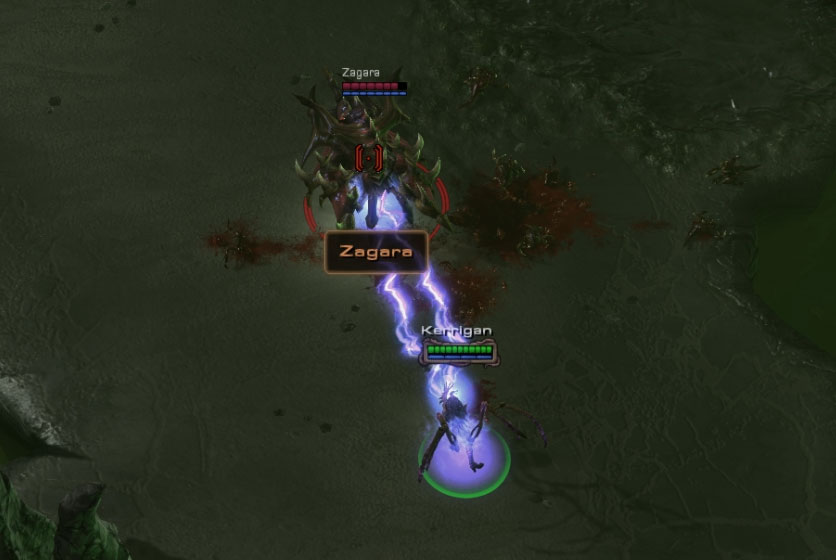 Although, while the narrative is hefty and engaging, it is simultaneously predictable and filler for Legacy of the Void. That is not to say that you will be able to tell where you will end up next, but you should have a pretty good idea where each arc is headed and practically no doubt where you will end up just before the credits roll. Blizzard seems to acknowledge this, even at one point giving Kerrigan dialogue to comment on the predictability of an abrupt twist. Thankfully the dialogue of the whole game is pretty good. Blizzard tends to add a layer of cheese to everything they do, and Heart of the Swarm is no exception, but it is part of their charm.

As for multiplayer, it should be no surprise that StarCraft continues to do it right.

A Blizzard title often gets updated for many years after its release, including balance modifications. Slight changes are often made, let play out in the community at large, and monitored for quite some time before the edit is deemed a success. Slight imbalances tend to tilt and then cripple into a collapse, leading observers to overestimate the cause. Thankfully Blizzard practices a lot of restraint. 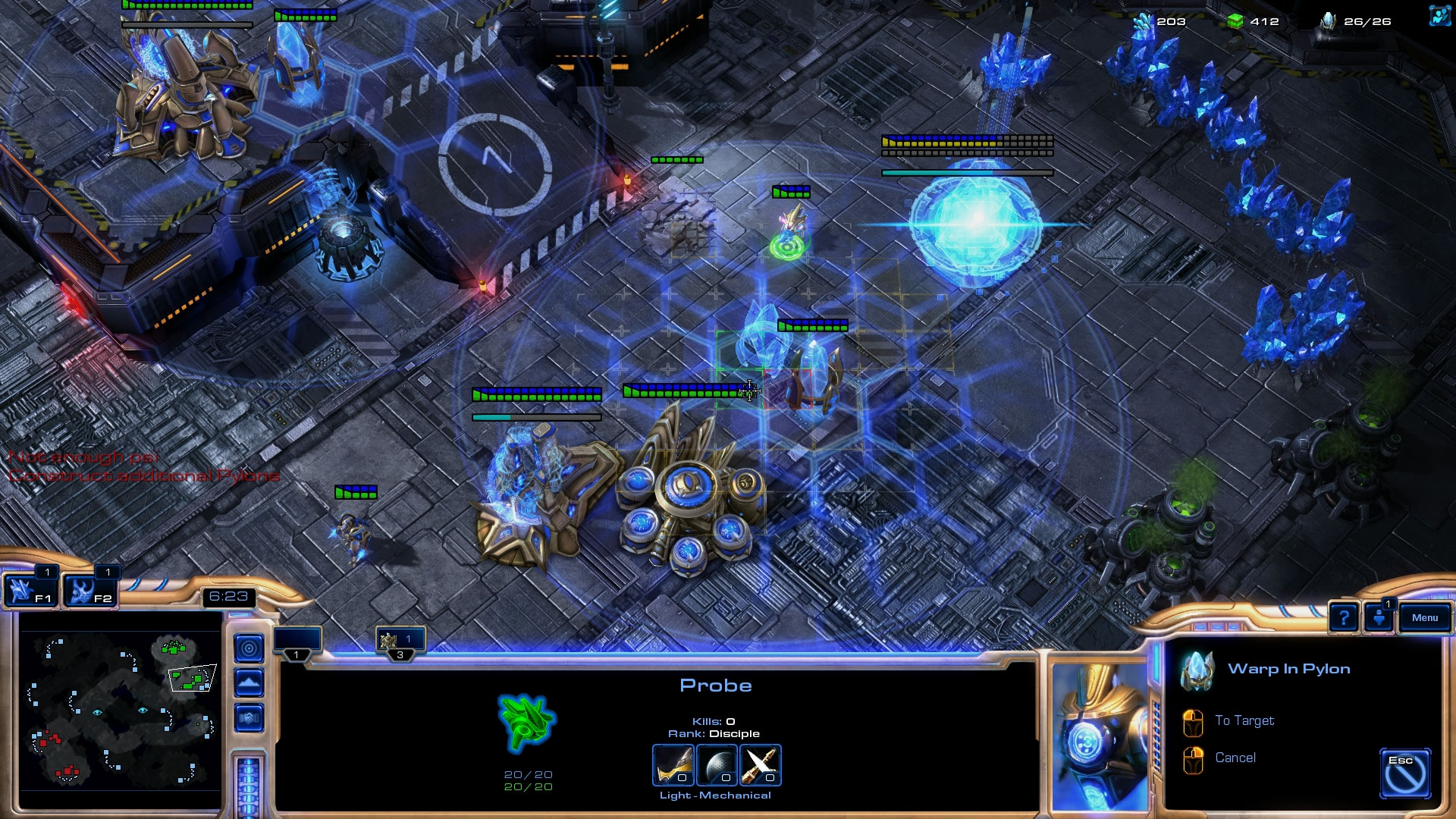 Heart of the Swarm itself adds a handful of new units with a fairly unified goal: add choices for common situations where variety is limited. The Oracle and Tempest, for instance, slightly bolsters the effectiveness of Stargate-based play, reducing the weight of the robotics-branch of their tech tree. Likewise, Terrans received the Widow Mine for early mechanical aggression with effective anti-air and the Hellbat for a bit of mech-based meat-shields. The Zerg receive the Viper for casting variety and the Swarm Host to lock down areas of the map.

Heart of the Swarm also brings extra features such as enhanced replays. You are able to use any moment of a replay as the starting point for a rematch, either between players or against AI. This holds true for any replay, including ones recorded from professional gamers. This will allow you to repetitively try a tactic over and over again right from the moment you desire. 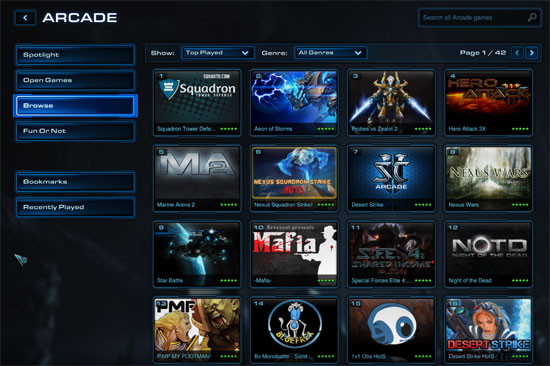 Also bolstered is mod support. StarCraft Arcade has been redesigned and separated into its own main menu item. Frankly, the tug of war and other mods make up the overwhelming majority of my play time. I typically get a round of Desert Strike or Nexus Wars in when I feel the need to game.

As a game, I highly recommend StarCraft 2: Heart of the Swarm. It is a great example of effective entertainment which is not afraid to be challenging. Still, even someone as bad at it as I am, it has a permanent space on my hard drive if only for its engaging modifications.

On the technical side, Blizzard made a great PC title. You are not limited in your customization by any reasonable measure, you can alt-tab freely, play in windowed or fullscreen modes with or without a constrained mouse cursor, and so forth. They also go above and beyond when they provide innovative replay features and extra content. 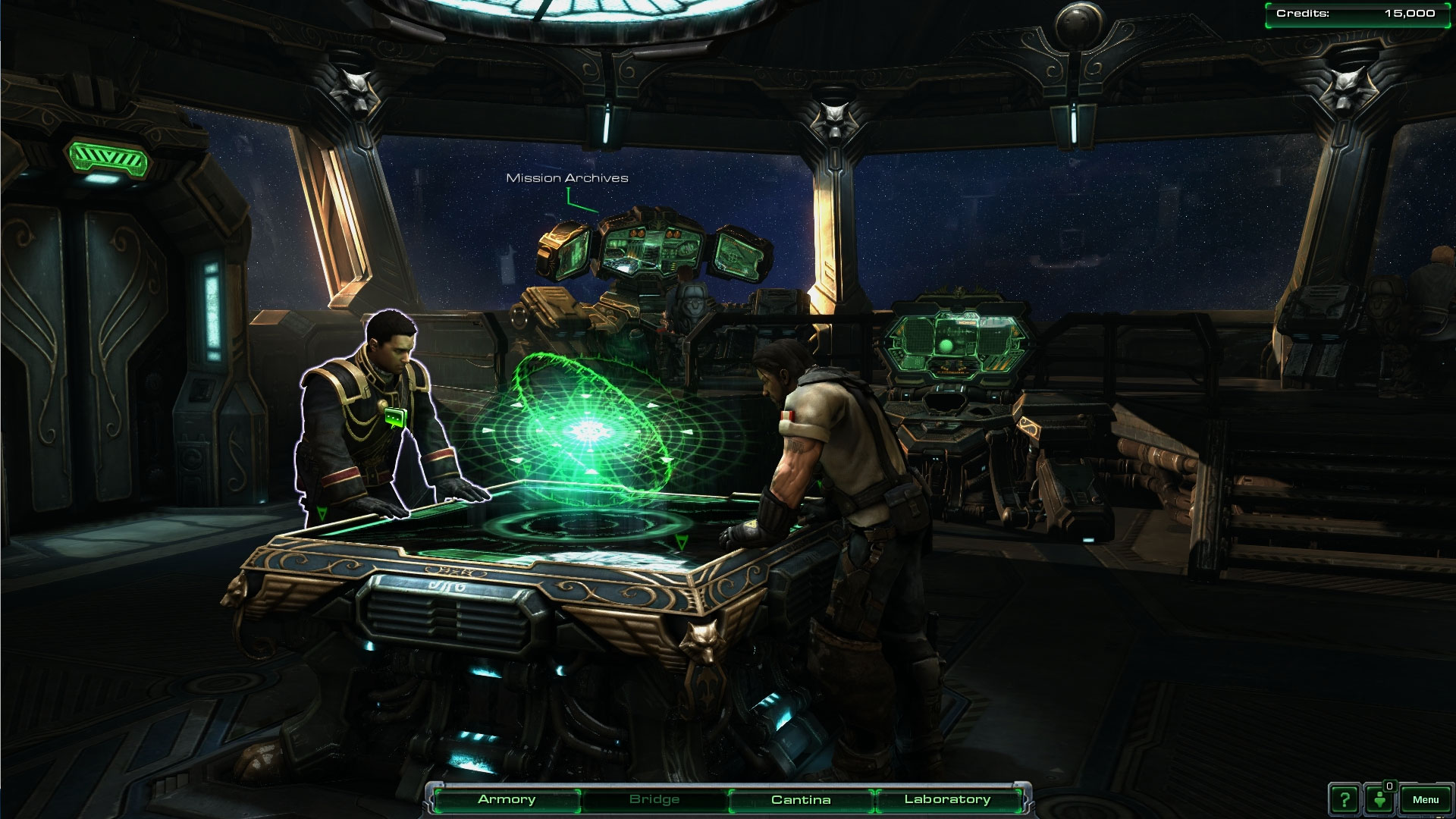 Being a big fan of Wing Commander: Privateer in my youth, I was very much surprised to see between-mission dialogue choices. These extra cutscenes are not just there for completionists: they are genuinely engaging. You get to see what a specific character feels like with respect to the recent events. It is a lot of extra dialogue which did not need to exist, but does, and was treated like first-class citizens. Also available is a host of tutorials and challenge missions. While these are not inherently PC, it does highlight the detail delivered by Blizzard into their titles. That said, Heart of the Swarm did not carry the same wow-factor that I experienced when first diving into Wings of Liberty. The surprise somewhat wore off, and even trying to ignore that: Wings of Liberty felt like it had slightly more effort put into it.

Sadly, StarCraft 2: Heart of the Swarm requires "Always Online" DRM through its Battle.net service. That said, you will still be able to enjoy the campaign without the internet in an offline guest account. You cannot explicitly sign in to one of those accounts like you could in Wings of Liberty, you need to have connectivity issues, but at least Blizzard will not terminate the existence of the single player campaign by taking their servers behind the shed one day in the future.

In all, Blizzard put a lot of effort in Heart of the Swarm; while it may not seem like quite as much as Wings of Liberty, you cannot chastise them for setting a high bar in a previous release.

What We Are Learning about Internet Explorer 11 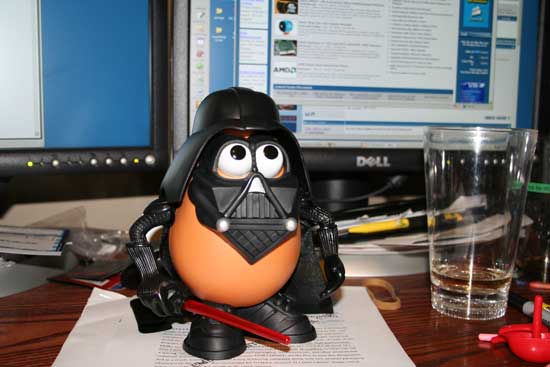