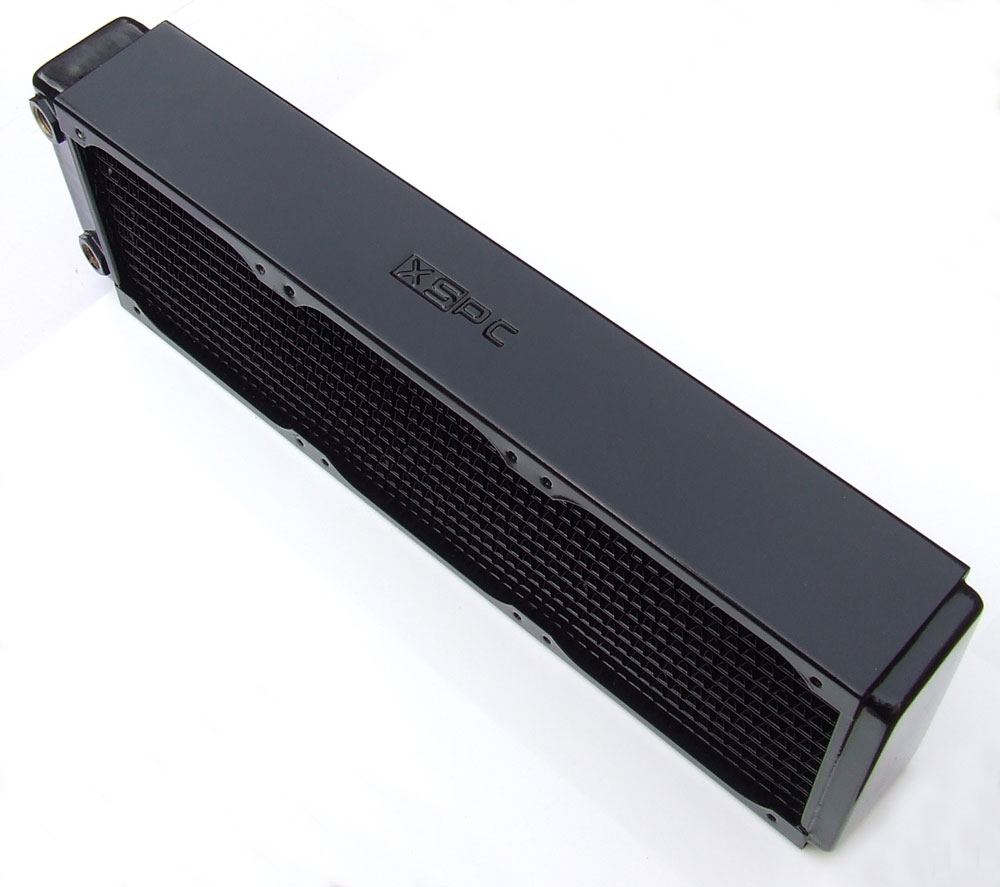 The technical specifications give you the dimensions, but until you see the two radiators sitting side-by-side, you really can't grasp just how thick the XSPC RX360 is. As you can see from the radiators laying next to each other, the XSPC RX 360 is nearly double the width of the Swiftech MCP 320-QP. 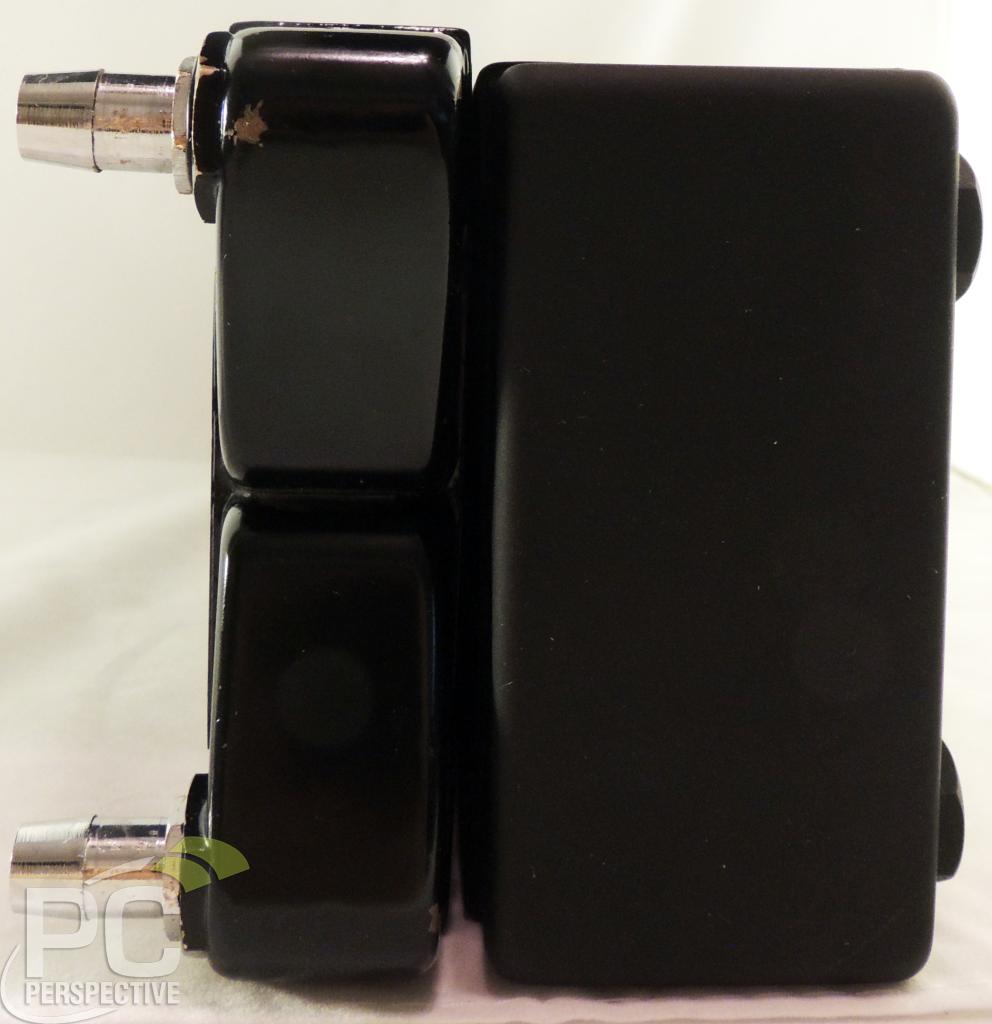 Vertically orienting the two radiators back-to-back gives you an even better sense of the difference in thickness between the two. 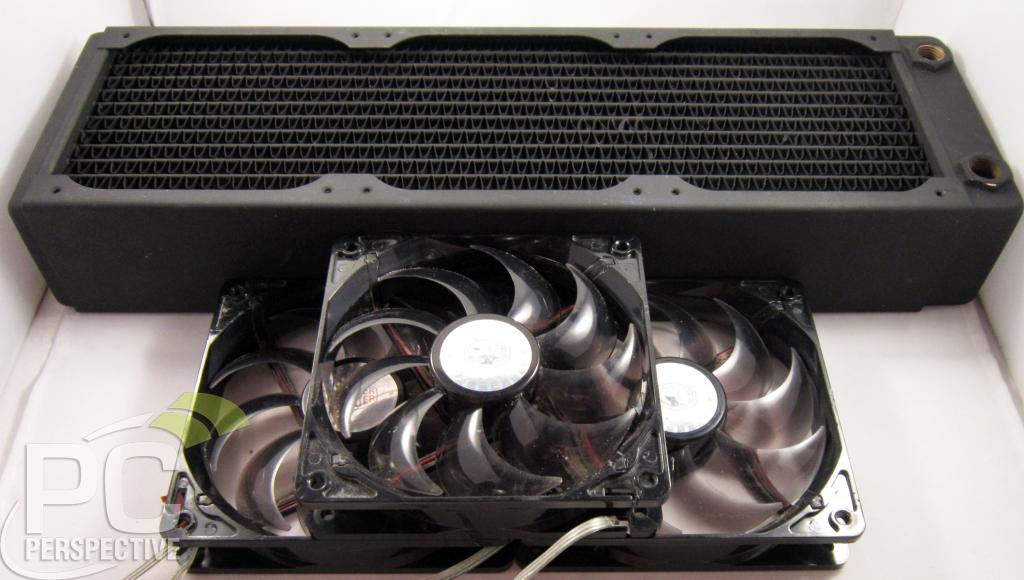 Here you again see the thickness of the XSPC radiator, with its thickness compared to a double stack of Coolermaster 120mm fans. The fans are of the 25mm thickness variety. 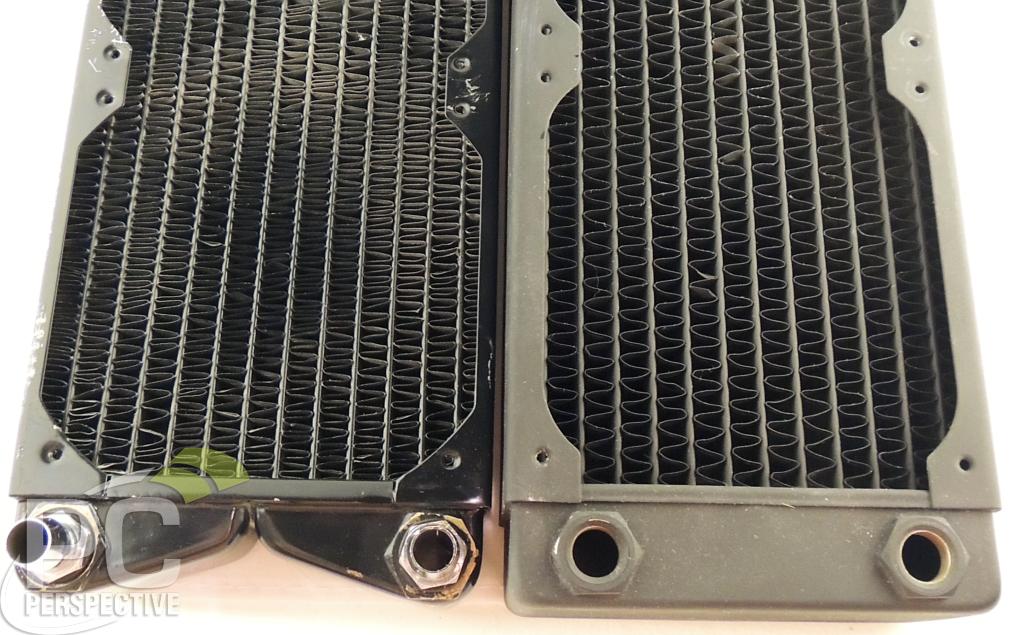 In the closeup image of the two radiators, you can more easily see the fin density difference looks like between the Swiftech and XSPC radiators. The Swiftech radiator is designed with a consistent fin desity of 12 fpi, a full 50% more than that of the XSPC radiator's 8 fpi density. A lower fin density allows for the use of a quieter fan, but also decreases the heat dissipation potential of the radiator.

A case with some new tricks & More