Power readings were taken at the wall at both idle and load.  Idle included the screen being turned on and showing the windows background, but nothing else was running besides the OS and standard services.  Cinebench 11.5 was used to load the CPU. 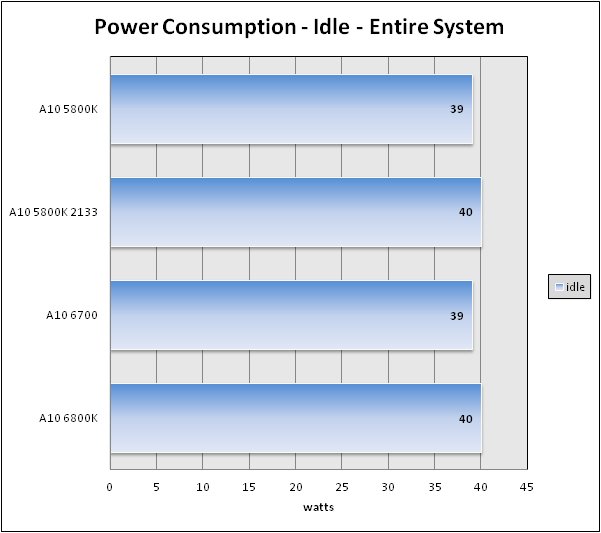 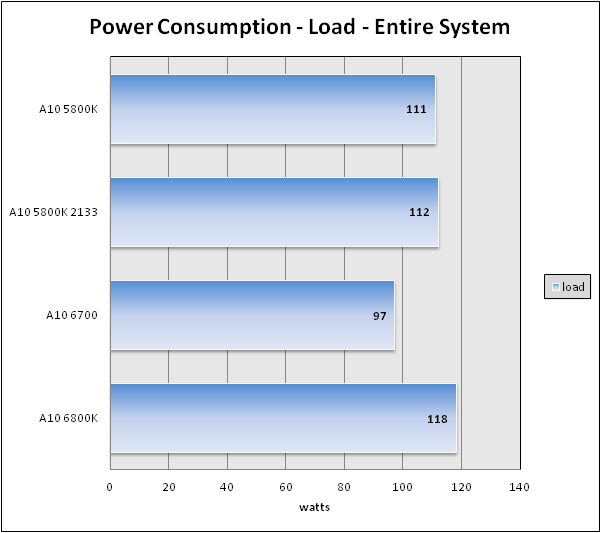 We see that we do pay a bit of a price for the higher end 6800K and its improved performance.  Seven watts is not exactly a deal-breaker though, and we can see multiple watt differences between individual dies of the same product SKU.  What is perhaps most interesting here is that the 6700, which matched the performance of the 5800K, is a good 14 watts lower at load.  I find that the most interesting result of this entire test.

Another thing to consider is that the BIOS update for the Gigabyte board did have a positive effect on overall power consumption for the A10-5800K.  Last year, with nearly identical hardware (except a slightly different motherboard from Asus with a similar setup), the 5800K was pulling 155 watts from the wall.  Compare that to the 111 watts with a more efficient motherboard, but a highly optimized BIOS that really improves power consumption.

I did not have high expectations for this particular part.  The previous 5800K had a hard time staying stable at 4.4 GHz, much less trying to push it higher.  4.5 GHz was a no-go and the system would continually reboot.  Needless to say, I was not expecting a whole lot out of this particular part.

I was surprised.  I was able to hit 4.8 GHz with relative ease.  I turned off the turbo mode in BIOS and raised the V-Core to 1.45v.  It ran all day long at 4.8 GHz.  I was happy at the overclocking result, but I was somewhat fearful of what I would find when it comes to wattage.  Previous Bulldozer and Vishera processors would really spike in power consumption when overclocked to this level.  When I looked at the meter I was shocked to see it was only at 139 watts when running Cinebench 11.5.  The heatsink was slightly warm to the touch and the cores were reporting a pretty respectable 62C at full load.  I was unable to take it above 4.8 GHz no matter what I did, it would just constantly reboot and reset the BIOS. 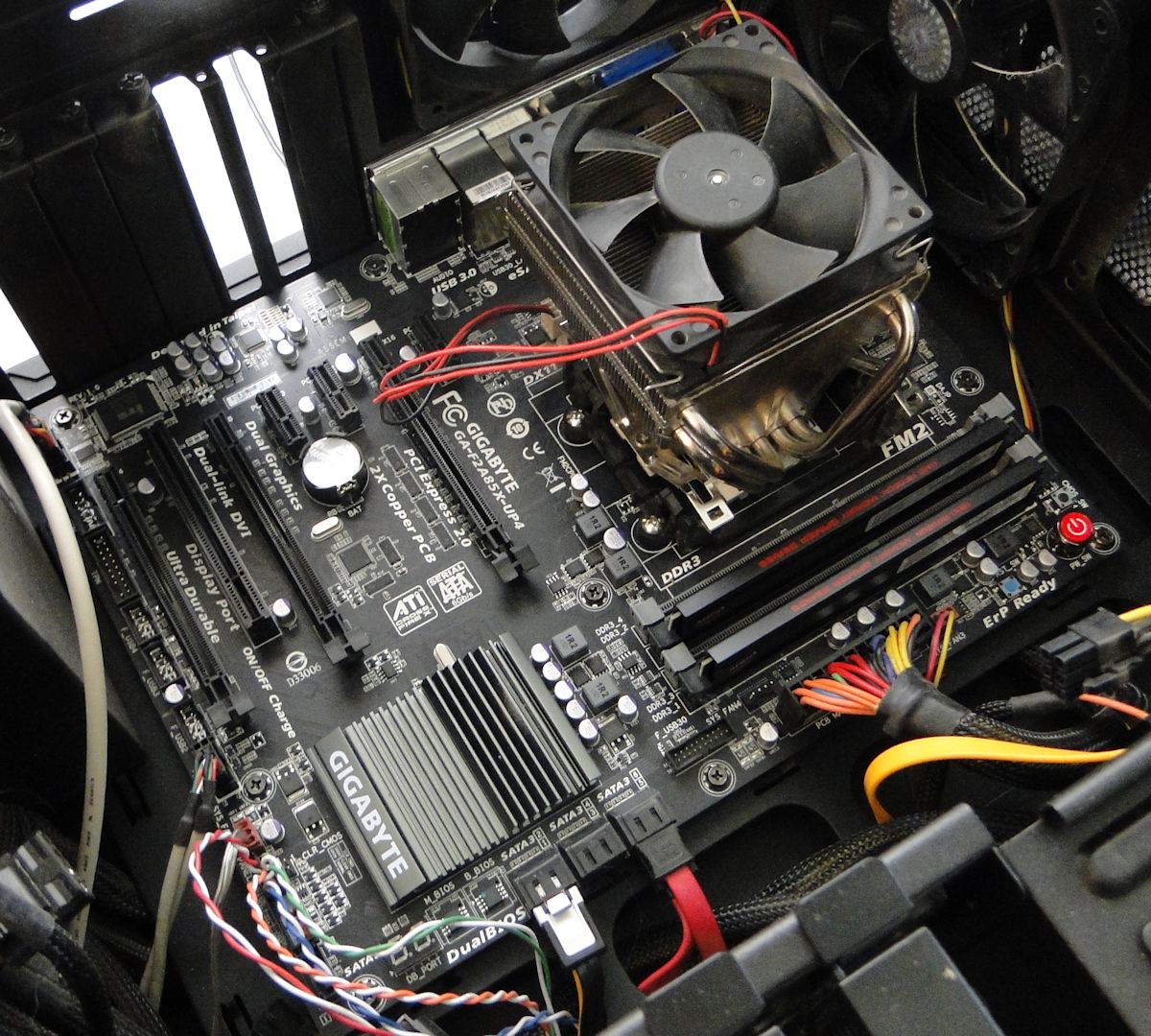 I also overclocked the graphics portion.  I slightly raised the northbridge voltage in BIOS and took the GPU to 950 MHz.  I was able to set the speed above 950, but it did not seem to move from that point.  GPU-Z would indicate a 1 GHz speed, but the clock was at 950 MHz.  The combination of GPU and CPU overclocking gave a nice boost in overall performance without running hot or unstable.  The worst load I saw while running was again 139 watts at the wall.