Richland is an evolution of Trinity, but a pretty decent one at that.  It does not cost much more than what Trinity did at the different levels, but it does improve performance and power characteristics across the board.  I was quite happy with the parts I was sent, and they were a nice refresh overall.  I was particularly happy with the overclocking characteristics of the 6800K, and it was a speedy little part running at 4.8 GHz/950 MHz.

The power characteristics are a very important aspect for AMD to have worked on so diligently, as we will see the fruits of this labor in current Kabini parts as well as upcoming Kaveri APUs.  Power is incredibly important, especially considering that AMD is really aiming at the low power notebook and tablet market right now.  Under full load, these new processors sip power.  The changes to the process, firmware, and software that control the characteristics of the hardware add up to a nice update for the APU market. 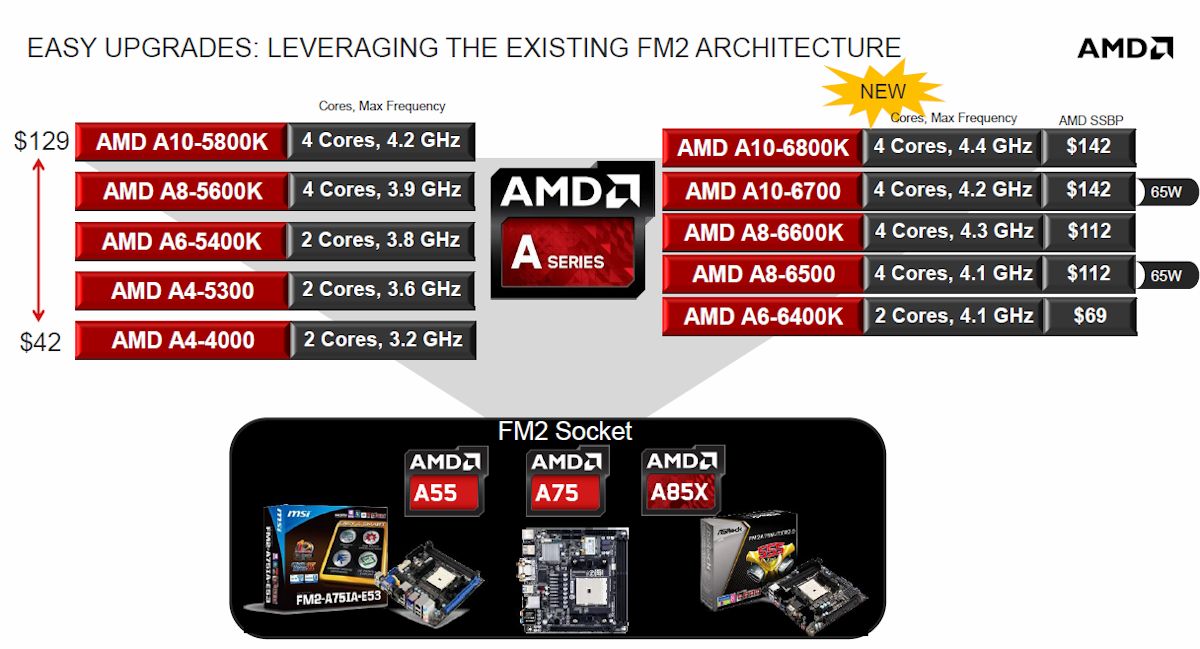 AMD still has a nice lead in terms of graphics performance over Intel when it comes to desktop APUs.  While Intel rules the CPU roost, the GPU is still the primary selling point for these products (that and the price).  Intel’s latest Haswell parts for the desktop feature the GT2 graphics architecture, and do not include the GT3 and GT3e units.  GT3 would give AMD a run for their money if it were included in desktop parts, and GT3E would eat AMD’s lunch.  This is the unfortunate truth for AMD when it comes to the mobile market.  But for desktop, the GT2 graphics “slice” is just not good enough to even get close to the 6700 and 6800K in performance.

Overall Richland is a pretty big deal for AMD, and a fairly major refresh of their APU line.  Better performance, better thermals, and better power usage have made this a worthwhile endeavor for AMD.  They keep their name current and they have a new product to stack against Intel’s Haswell at much lower price points than the competition.  They are still hanging their hats on the GPU technology and their ability to run GPGPU applications at a much higher speed than what Intel can do. 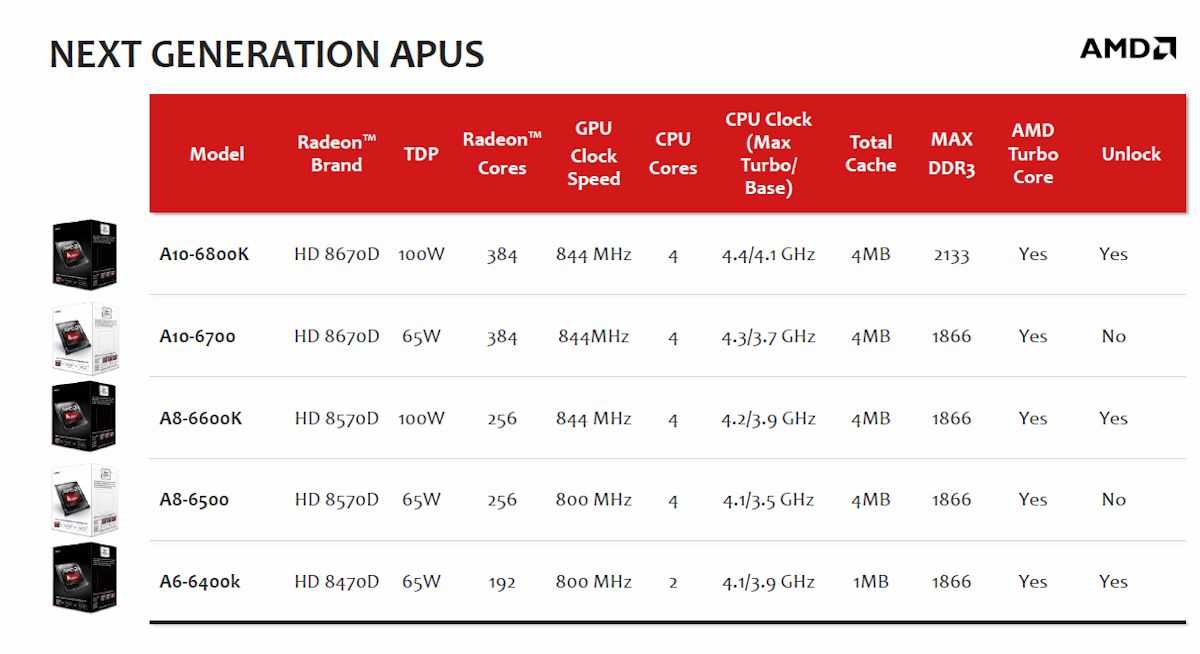 There are still issues with Richland though.  If a high end GPU is installed then the APU is only a slightly underpowered CPU at that price point.  Only when the GPU is active does it really live up to its billing.  It would be great if the GPU portion could be active and working when another high end GPU is installed, but we are not at that point in processor design (or software support) to have that happen.  Perhaps when Kaveri rolls around we can have that particular functionality.  As it is, Richland is a great standalone APU that should provide enough features and performance to keep it competitive with whatever Intel releases at that price point.