The latest iteration of this rendering test breaks a scene into tiles which are assigned to each core/thread.  Single and multiple threads are utilized to gain results. 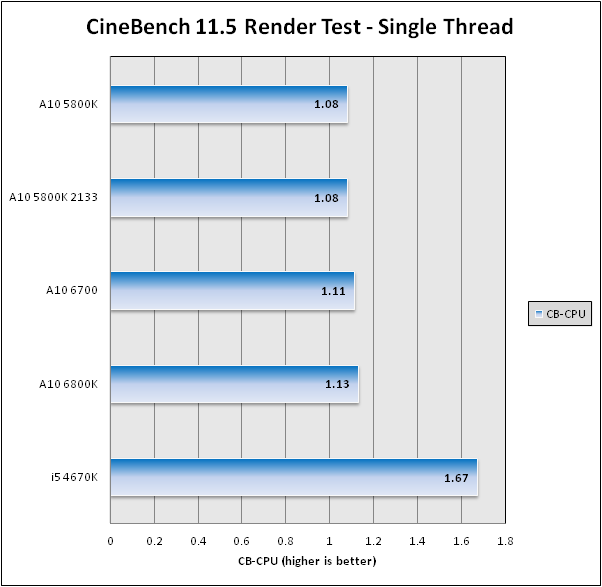 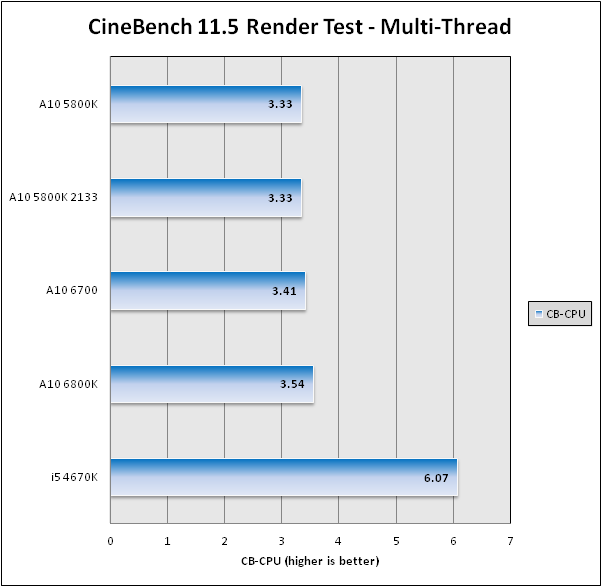 The 4670K is again amazingly fast in both single and multi-threaded tests.  It does make the AMD parts look anemic when it comes to overall rendering performance.  Then again, it is almost twice as expensive as the 6700 and 6800K.  On the AMD side we see the 6700 and 6800K again take a nice jump up in performance from the 5800K.

This benchmark is based on an actual scientific modeling application which simulates airflow over an airfoil.  Each test is comprised of 20 steps and multiple thread counts. 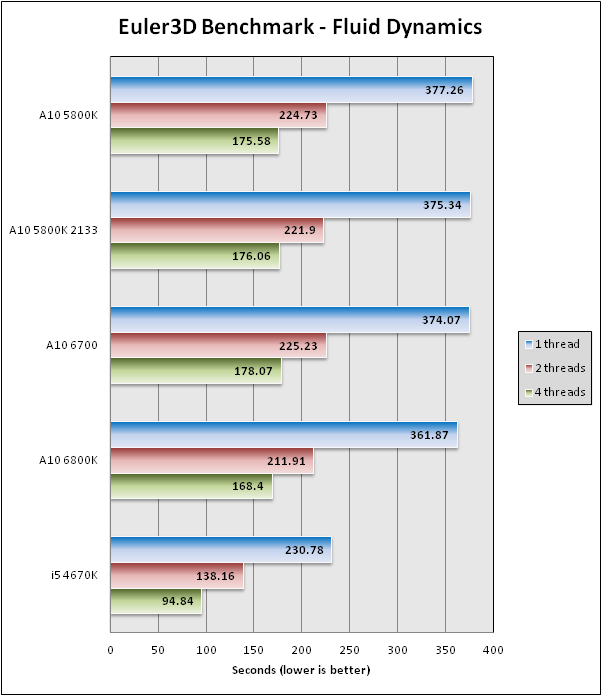 Intel has always had a leg up in this benchmark, and I believe it is due primarily to the compiling of this application (it ignores advanced SSE flags on non-Intel hardware).  We again see the 6700 perform at the level of the 5800K, while the 6800K takes a strong lead.