This title is CPU bound when using a relatively high end GPU, but is more GPU bound when using an APU.  A manual runthrough was captured with FRAPS.  Settings are put to 1280×960 with Ultra level graphics, 8X AA, and 16X AF.  Ryan was unable to replicate this run with the 4670K, so it again is not represented here. 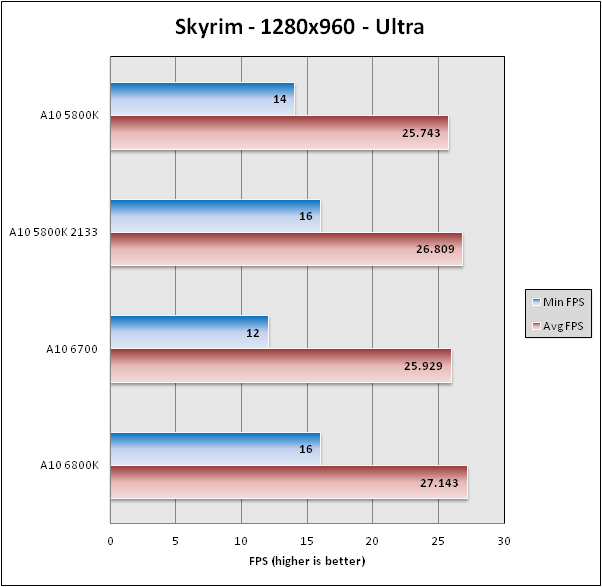 We see a small bump in both average and minimum frame rates, but it is not nearly as impressive as we had hoped.  Still, it is an improvement, though around the 7% mark rather than 10 to 15%.

DiRT 3 is a DX11 based racer from Codemasters.  It does not have the heavy lighting routines of DiRT: Showdown, but it still looks very nice.  The High preset was used with a 1280×960 resolution.  This also has a DX10 fallback, so it should run on the i3 processor.  The built-in benchmark is used for this test. 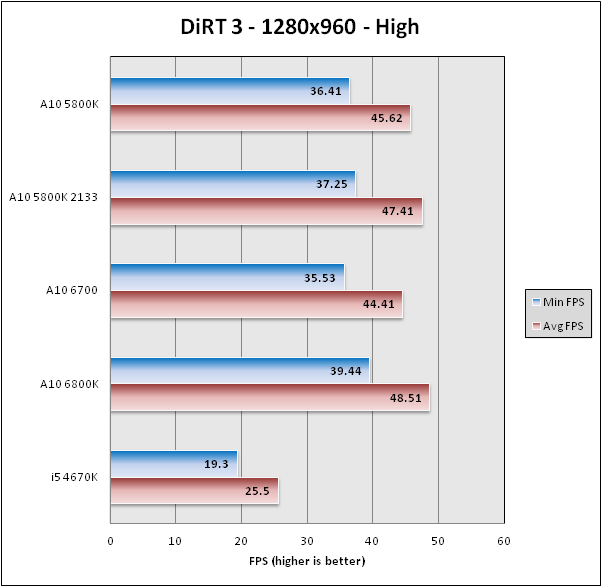 The 4670K was present for this, and it gets mostly destroyed by the AMD parts.  This is a very solid win for AMD over the GT2 enabled 4670K.  The couple frame differences between the 5800K and 6800K are again not impressive, but they do show an improvement.

This is another very popular title that is coded for DX11.  Settings were put the Medium preset with 1280×960 resolution.  A manual runthrough of Operation Swordbreaker was captured with FRAPS.  Ryan was again unable to match my benchmarking run with the 4670K. 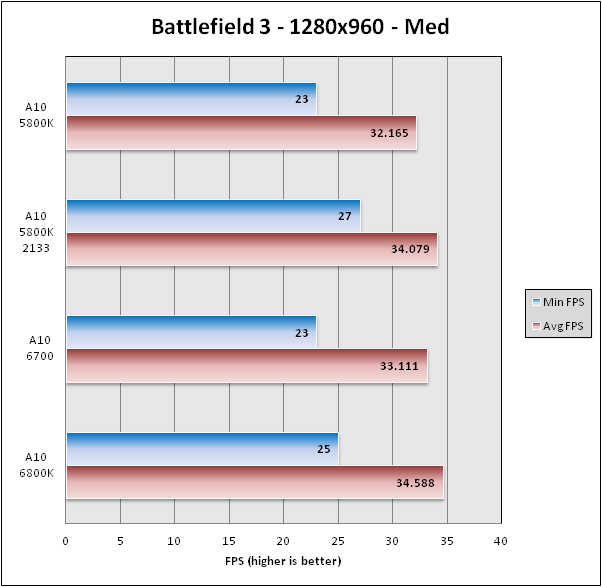 Here was see a bit larger of a difference in performance between the chips.  The 2133 memory on the 5800K helps it a ton!  If a user already owns 2133 memory, then it is an easy upgrade to flash the BIOS and utilize that higher memory speed.  If they do not have 2133 memory, it is likely not worth their money to upgrade.