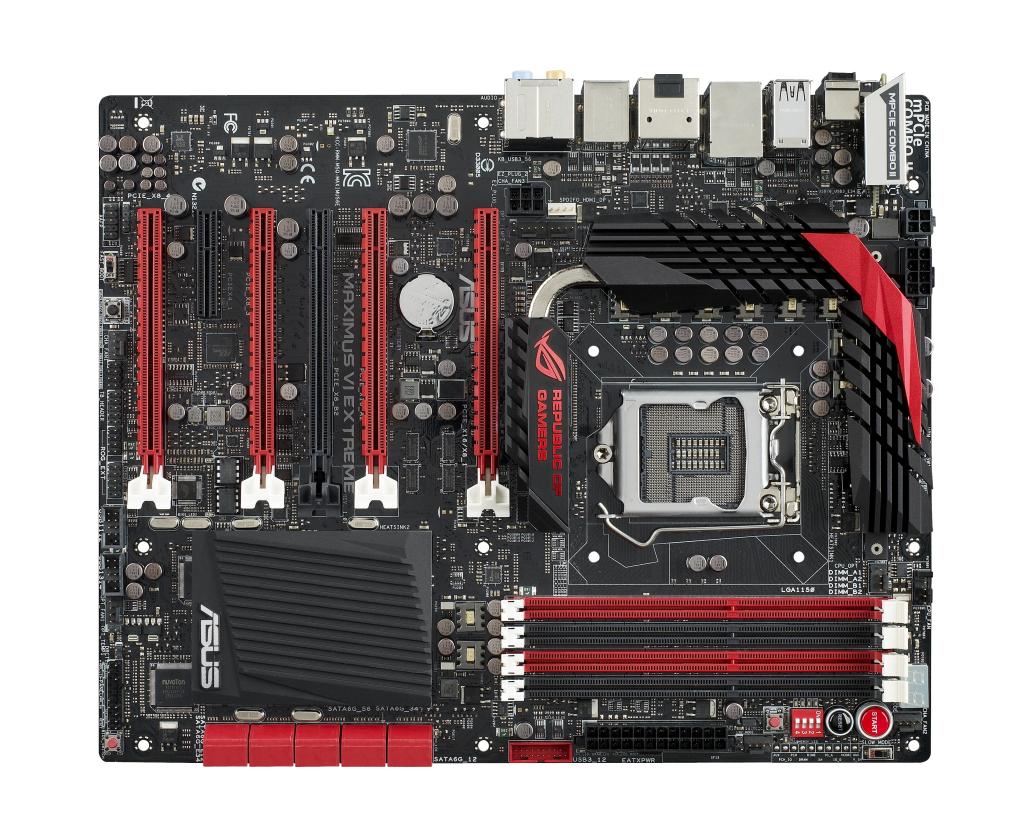 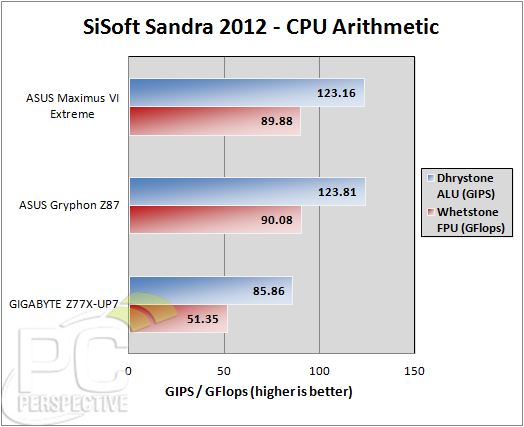 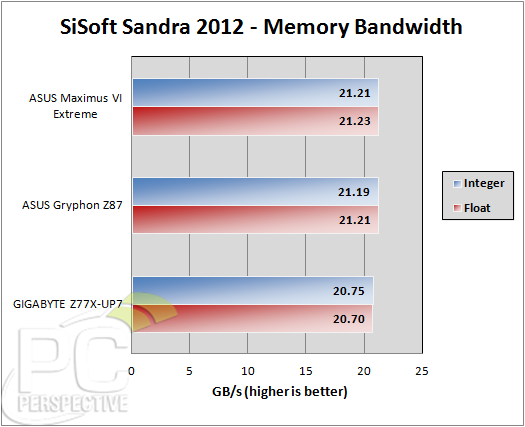 The Sandra benchmarks are useful in determining proper board subsystem working order. In the case of the Maximus VI Extreme, both the CPU and memory subsystems are purring like kittens. 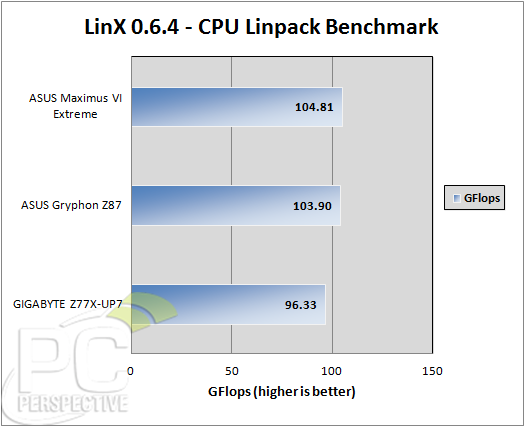 The Maximus VI Extreme makes quick work of this CPU intensive benchmark with performance numbers easily meeting expectations. Proper performance in this test is crucial to prove proper functioning of the CPU to board interface. 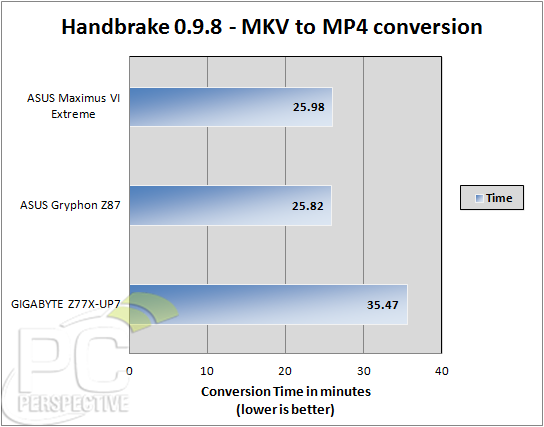 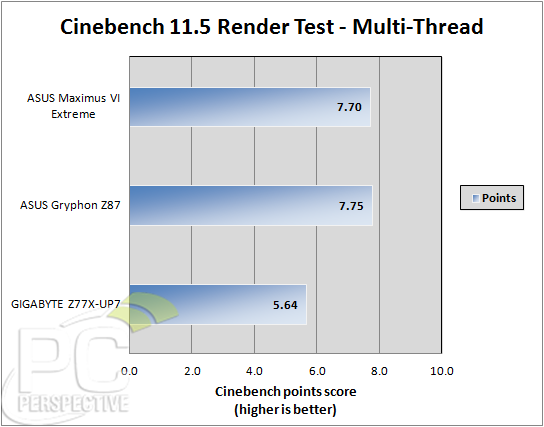 The Maximus VI Extreme continues to remain competitive in this multi-threaded rendering test. 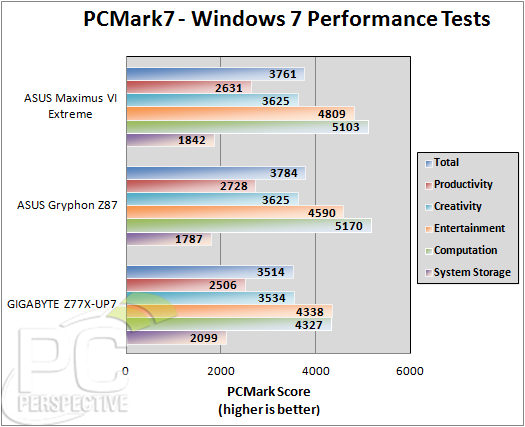 In this business application-based benchmark, the Maximus VI Extreme board remains strongly competitive across the board with performance peaks and valleys in comparison to the other Intel Z87-based system.