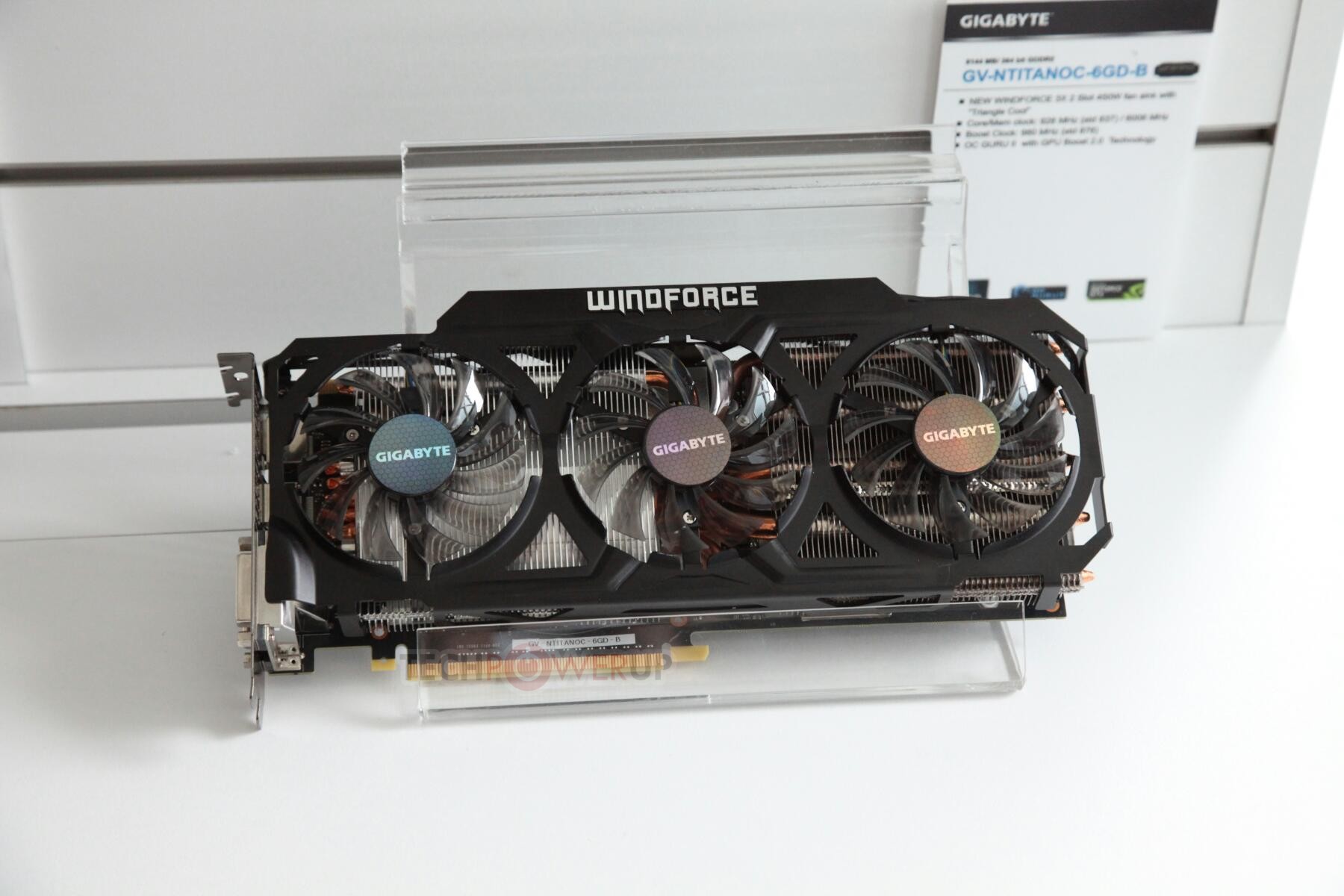 Back in April, Gigabyte showed off its new custom WindForce 450W GPU HSF, but did not name which specific high end graphics cards it would be used with. So far, NVIDIA's highest-end single GPU solution, the GTX Titan, has been off limits for GPU manufacturers as far as putting custom air coolers on the cards (NVIDIA has restricted designs to its reference cooler or factory installed water blocks).

It seems that Gigabyte has found a solution to the cooler restriction, however. The company will be selling a GTX TITAN with model number GV-NTITAN-6GDB later this year that will come with NVIDIA's reference cooler pre-installed along with a bundled WindForce 3X 450W cooler and instructions for switching out the coolers.

Gigabyte Is Showing Off the custom GTX Titan at Computex, as discovered by TechPowerUp.

Users that do take Gigabyte up on its offer to switch to the custom WindForce cooler will still be covered under the company's standard warranty policy, which is a good thing. The kit is likely to be more expensive than your standard TITAN though as Gigabyte is having to sell the card with two coolers and increased support costs. On the other hand, users could swap out the coolers and then sell the unused TITAN reference cooler to offset some of the cost of the kit.

Gigabyte is actually showing off the new graphics card with WindForce 3X 450W cooler at Computex this week. The dual slot WindForce cooler is said to keep a GTX 680 2°C and 23.3 dB quieter than the reference cooler when running the Furmark benchmark suite. The major benefit of the WindForce is having three large fans that can spin at lower RPMs to give you the same cooling performance as the reference NVIDIA design at a much lower noise volume rather than pure cooling performance. Should you be looking to push the TITAN to the extreme, a water block would be your best bet, but for many users i think the allure of a quieter air cooled TITAN may be enough for Gigabyte to snag a few adventurous enthusiasts willing to put up with assembling the new card themselves.

More information on the WindForce 3X 450W cooler can be found here. 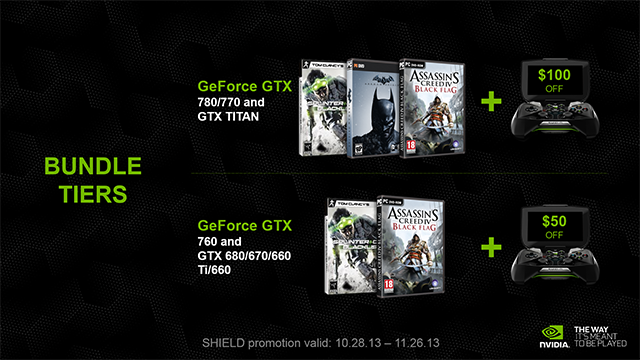