While NVIDIA restricted partners from going with aftermarket coolers on the company's GTX TITAN graphics card, the recently released NVIDIA GTX 780 does not appear to have the same limits placed upon it. As such, many manufacturers will be releasing GTX 780 graphics cards with custom coolers. One such design that caught my attention was the Hydro Copper full cover waterblock from EVGA.

This new cooler will be used on at least two upcoming EVGA graphics cards, the GTX 780 and GTX 780 Classified. EVGA has not yet announced clockspeeds or pricing for the Classified edition, but the GTX 780 Hydro Copper will be a GTX 780 GPU clocked at 980 MHz base and 1033 MHz boost. The 3GB of GDDR5 memory is stock clocked at 6008 MHz, however. It uses a single 8-pin and a single 6-pin PCI-E power connector. This card is selling for around $799 at retailers such as Newegg.

The GTX 780 Classified Hydro Copper will have a factory overclocked GTX 780 GPU and 3GB of GDDR5 memory at 6008 MHz, but beyond that details are scarce. The 8+8-pin PCI-E power connectors do suggest a healthy overclock (or at least that users will be able to push the cards after they get them).

Both the GTX 780 and GTX 780 Classified Hydro Copper graphics cards feature two DL-DVI, one HDMI, and one DisplayPort video outputs. 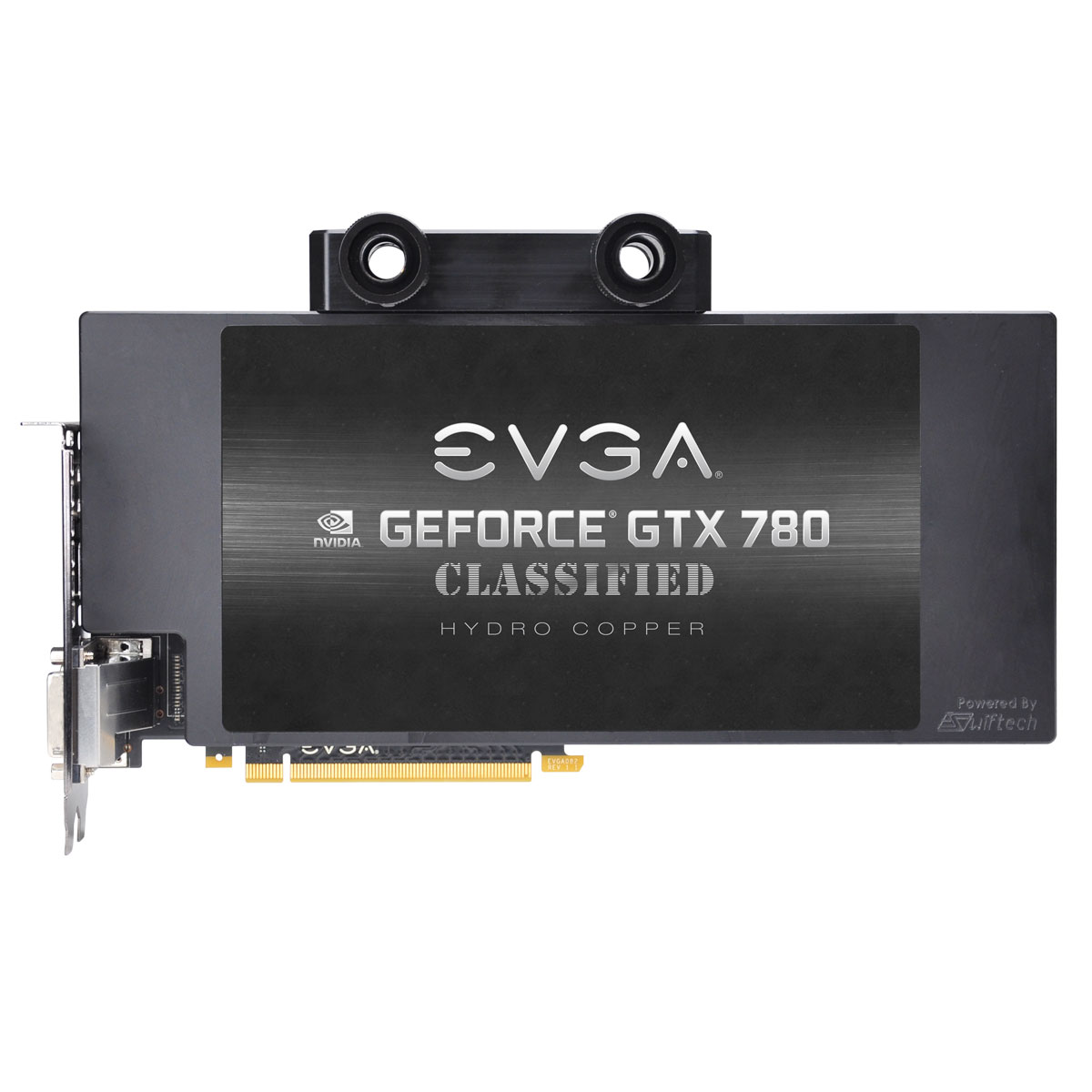 The Hydro Copper cooler itself is the really interesting bit about these cards though. It is a single slot, full cover waterblock that will cool the entire graphics card (GPU, VRM, Memory, ect). It has two inlet/outlet ports that can be swapped around to accommodate SLI setups or other custom water tube routing. A configurable LED-backlit EVGA logo adorns the side of the card and can be controlled in software. A 0.25 x 0.35 pin matrix is used in the portion of the block above the GPU to increase the surface area and aid in cooling. Unfortunately, while the card and cooler are single slot, you will actually need two case PCI expansion slots due to the two DL-DVI connectors.

It looks like a neat card, and it should perform well. I'm looking forward to seeing reviews of the card and how the cooler holds up to overclocking. Buying an overclocked card with a pre-installed waterblock is not for everyone but having a water cooled GPU with a warranty will be worth it more than pairing a stock card with a custom block.