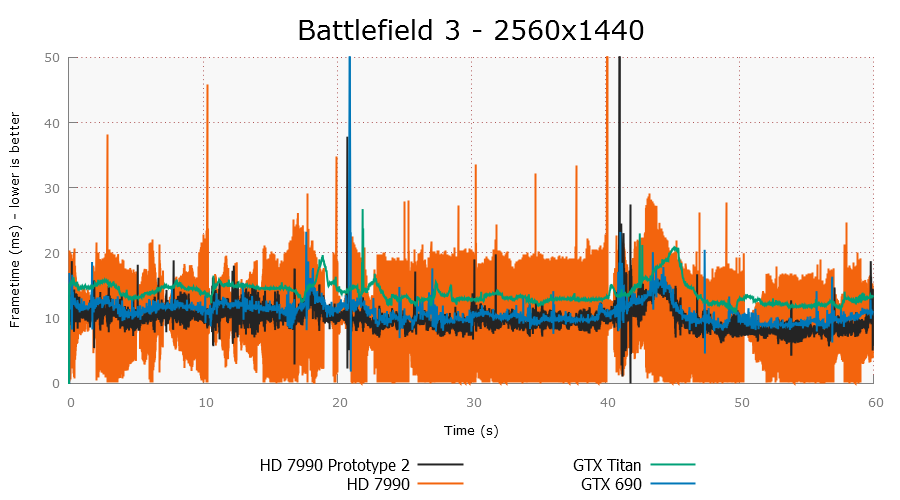 Well, the date has been set.  AMD publicly stated on its @AMDRadeon Twitter account that a new version the prototype driver we originally previewed with the release of the Radeon HD 7990 in April will be released to the public on July 31st.  For a problem that many in the industry didn't think existed.

Since that April release AMD has been very quiet about its driver changes and actually has refused to send me updated prototypes over the spring.  Either they have it figured out or they are worried they haven't – but it looks like we'll find out at the end of next month and I feel pretty confident that the team will be able to address the issues we brought to light.

For those of you that might have missed the discussion, our series of Frame Rating stories will tell you all about the issues with frame pacing and stutter in regards to AMD's CrossFire multi-GPU technology.

AMD gave the media a prototype driver in April to test with the Radeon HD 7990, a card that depends on CrossFire to work correctly, and the improvements were pretty drastic.

So what can we expect on July 31st?  A driver that will give users the option to disable or enable the frame pacing technology they are developing – though I am still of the mindset that disabling is never advantageous.  More to come in the next 30 days!