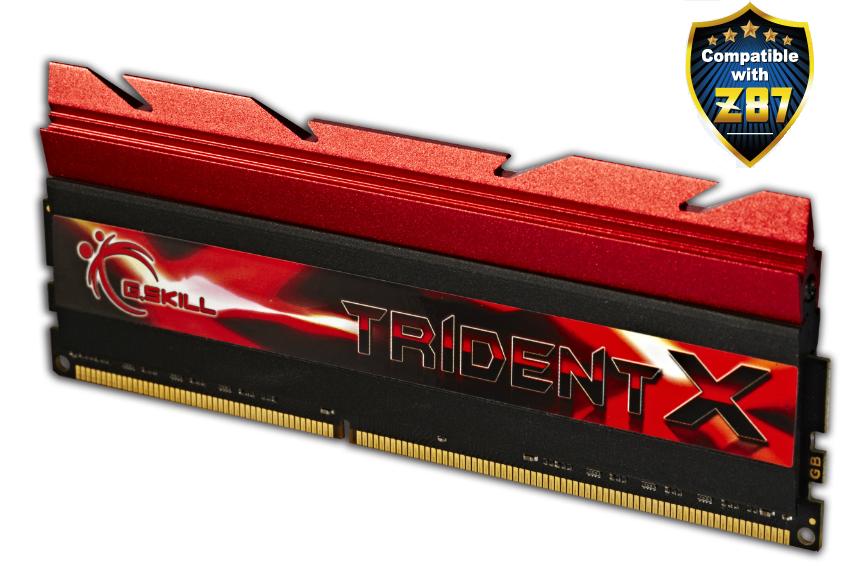 G.Skill is a company known for its DDR3 memory products and overclocking contests. It recently unveiled a new 32GB DDR3 RAM kit under its TridentX series that is clocked at an impressive 3,000 MHz!

The new G.Skill DDR3 3000MHz 32GB (4 x 8GB) memory kit is aimed at enthusiasts running Intel Haswell processors on Z87 motherboards. It features CAS12 latencies and can be run at 1.65V. It also supports Intel's XMP (Extreme Memory Profiles) standard, which will allow the motherboard to automatically configure the RAM for the full 3000 MHz clockspeed, though it requires a slight CPU overclock as well.

In G.Skill's own benchmark tests, the company managed to run its new 32GB TridentX memory at 3,000 MHz with CAS latencies of 12-14-14-35-CR2 at 1.65V. The Memtest Pro benchmark run was done on a system with an Intel Core i7-4770K and an ASUS Maximus VI Extreme Z87 motherboard. The Intel chip was running with a bus speed of 102.32 MHz and a multiplier of 39 for a total 3.99 GHz core clockspeed with all cores under load. Considering the i7-4770K is only rated for a maximum of DDR3-1600 memory, seeing it running DDR3 at 3GHz is impressive!

The new 32GB (4x8GB) TridentX kit is joined by  8GB (2x4GB) and 16GB (4x8GB) kits that are all rated for DDR3-3000 speeds. The kits continue to be covered by G.Skill's lifetime warranty. The company has not announced pricing or availability, but expect to pay a hefty premium for this super-fast RAM. Think upwards of $1,750 considering the existing 32GB DDR3-2933 C12 G.Skill kit is going for $1,700 on Newegg.

The battle for cool RAM heats up 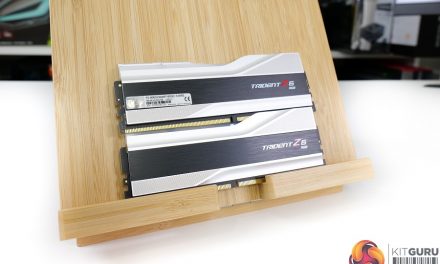