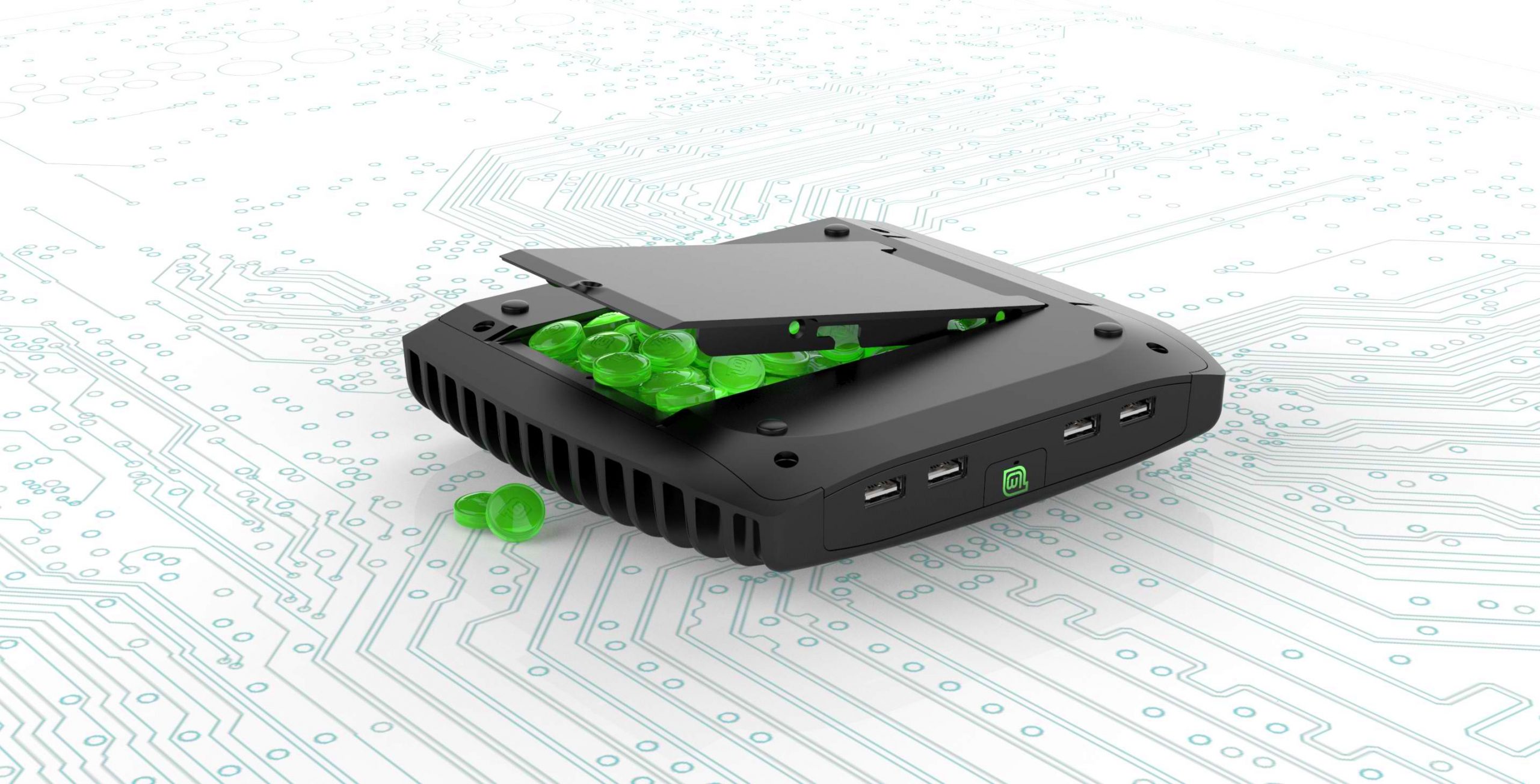 Last year, CompuLabs and the developers behind the Linux Mint operating system put together a small form factor PC called the MintBox. It seems that the project was successful enough to warrant a updated offering, because specifications were recently posted online for the MintBox 2. The MintBox 2 is a router sized, passively cooled PC that will be available later this year for $600.

The MintBox 2 will come pre-installed with the latest Linux Mint 15 "Olivia" operating system.

A small Linux Mint logo is surrounded by four USB 2.0 ports on the front of the device. Exact rear IO specificaitons has not yet been released, but if last year's model is any indication, users can expect more USB 2.0 ports, a couple of USB 3.0 ports, eSATA, digital display outputs, and an eSATA port.

More information can be found on the Linux Mint blog.