Since it was the initial inspiration for the Intel-backed Ultrabook standard, it’s no surprise that the MacBook Air features similar hardware specifications to its Windows counterparts. While the original MacBook Air may have been something of an engineering accomplishment, the lack of redesign combined with Intel’s Ultrabook push has caused an uptick in ultra low voltage, and thin, parts. 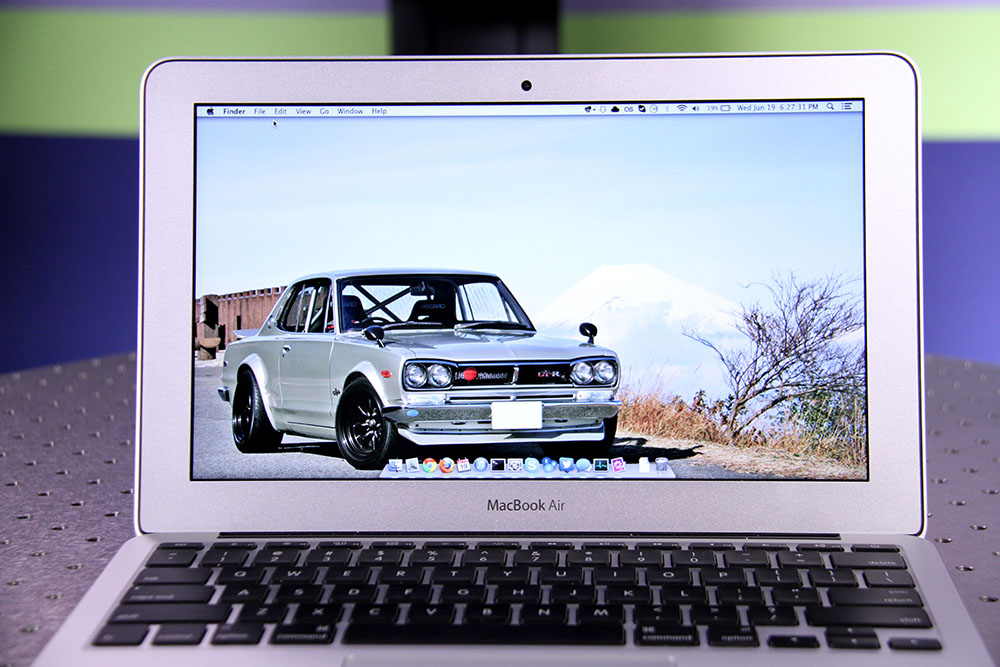 Currently, Apple offers two different screen sizes for the MacBook Air: 11” and 13”. While there are two differently-equipped entries for both screen sizes, Apple does offer limited Built-to-order options for the Air, detailed in the table below. 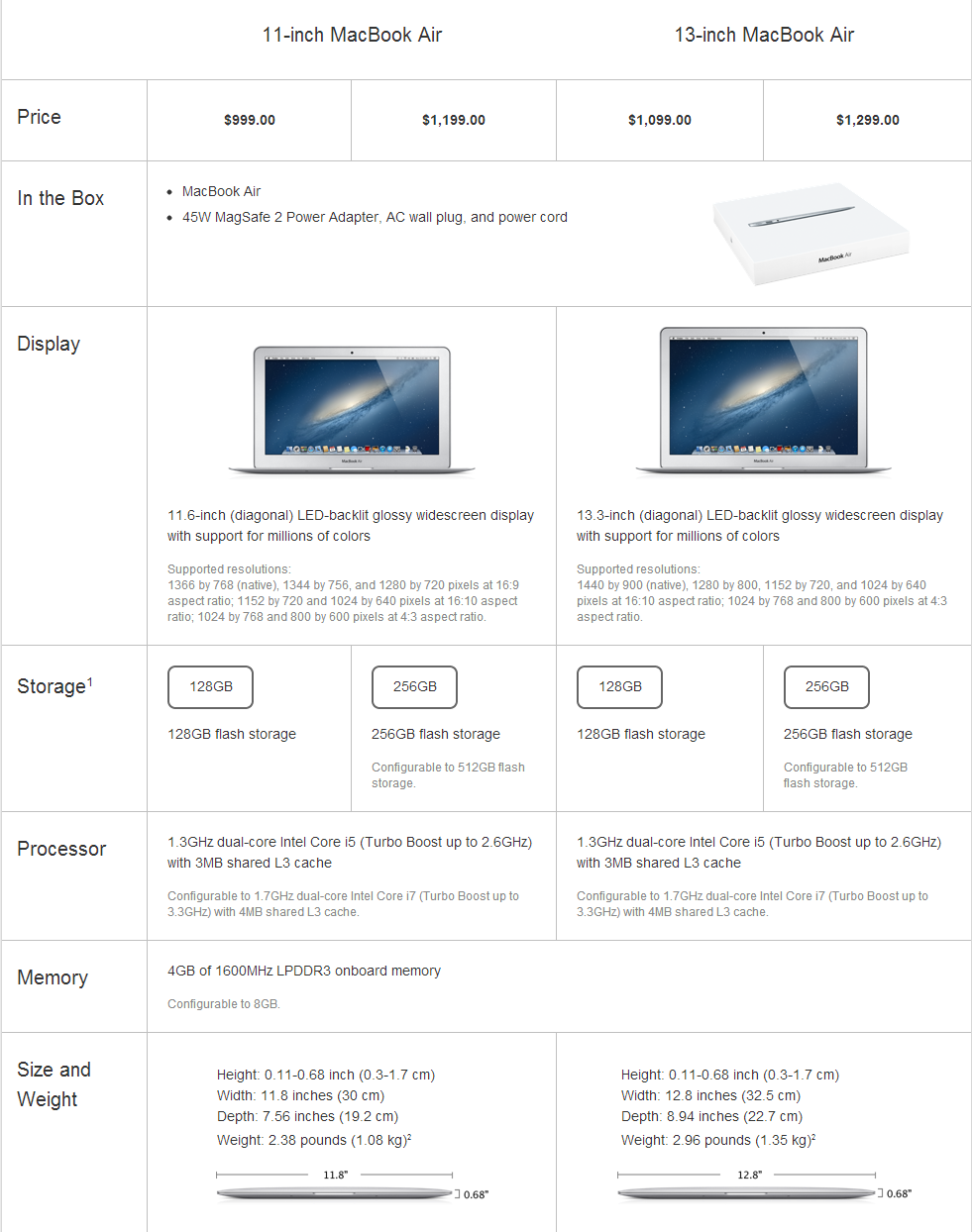 Personally, I went with the higher end 11” MacBook Air, featuring 256GB of flash storage, which is what I am featuring in this review. 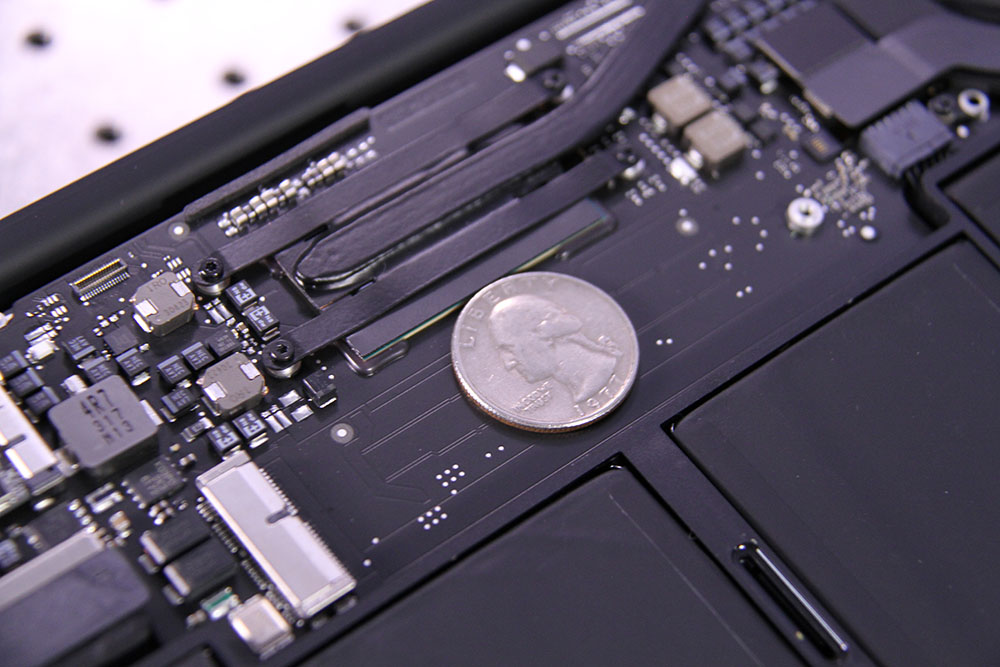 Since I chose to not upgrade any of the other specs, we are looking at an Intel Core i5-4250U   processor, with a base clock of 1.3GHz and a turbo frequency of 2.6GHz. This dual-core, Hyper-Threaded part has a TDP of 15W, and also features Intel’s revamped HD 5000 integrated graphics. While this isn’t Intel’s highest end Iris graphics solution, it is the best solution that they offer for this sort of power envelope. As you can see in the picture, the physical package size is longer than one might expect. This is due to Intel's integration of the PCH onto the same die as the processor with Haswell ULT chips, in order to save space for these thin and light designs and to improve overall system efficiency. 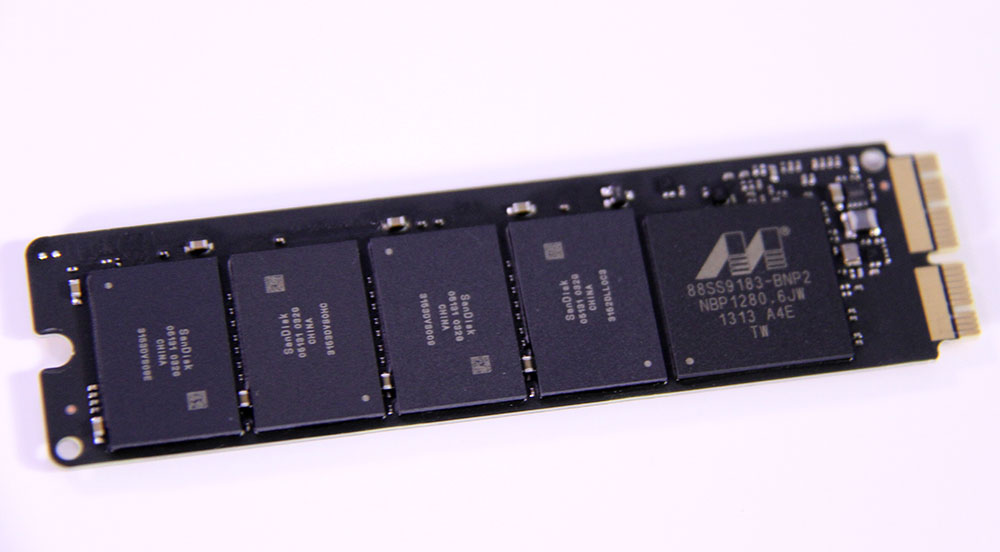 The main point of interest in this MacBook is the inclusion of a PCI-Express based SSD, instead of a SATA-based storage device. While our unit has a SanDisk unit with a Marvell controller, there is also a Samsung-based controller that others have found in their machines. Considering that this same controller has been shown in M.2 NGFF (Next Generation Form Factor) SSD designs from other vendors, all signs point to this being a M.2 SSD with a proprietary connector. 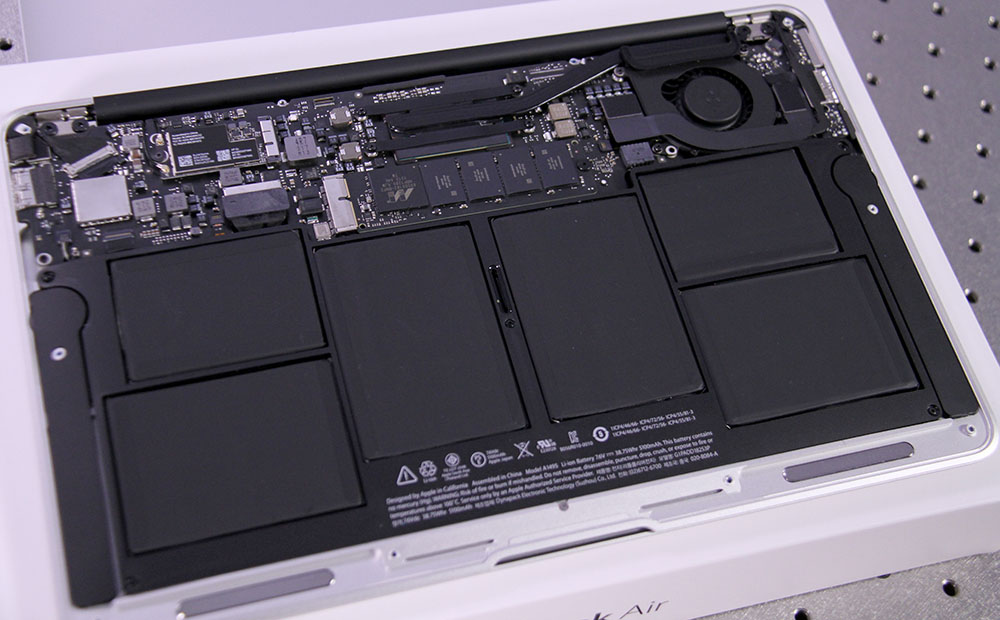 Other specifications for this notebook include 4GB of Low Power DDR3 (LPDDR3) clocked at 1600MHz, which is made possible due to Haswell’s support for Low Power memory variants. As for IO, two USB 3.0 ports, a Thunderbolt port, and a headphone jack are the only way to interface with the machine.

The displays remained unchanged, at 1366×768 for the 11” variant, and 1440×900 for the 13” model. This lack of resolution remains a disappointment, but the screens themselves are high quality for their specifications. While I would have loved to see a “retina” screen, Apple seems to be shifting the focus towards their Retina MacBook Pros for high resolution experiences, at least for now. 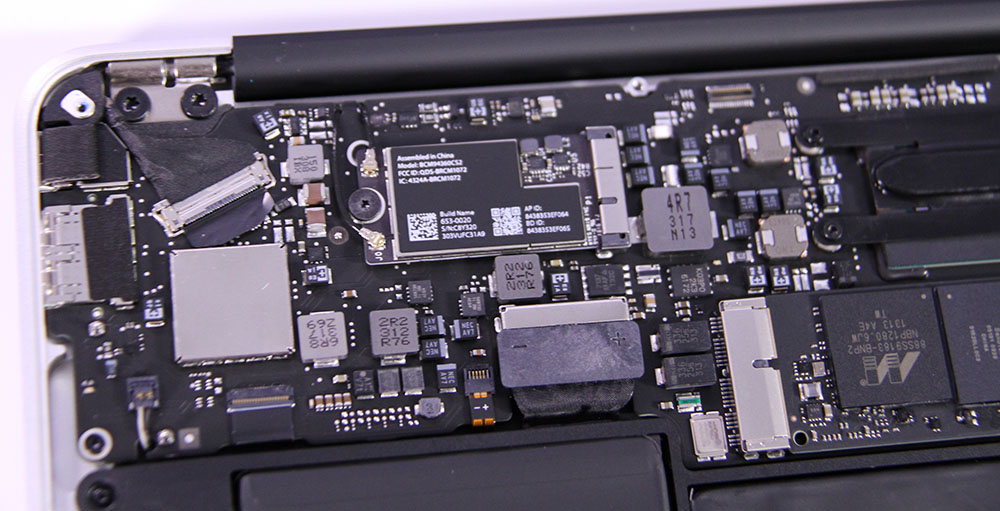 Along with a Bluetooth 4.0 radio, this notebook features a 802.11ac wireless radio, which is a first for Apple. Broadcom is providing the wireless radio for this machine with the BCM4360, which has been seen previously in products such as desktop PCI-Express add-in cards. While Apple technically isn't the first manufacturer to ship a machine with 802.11ac, it is nice to see the adoption start to ramp up.

While the specs of this machine may not be mind blowing, they are relatively impressive for a machine of such small size and low power usage. Next, let’s find out how these parts perform with each other.

GLOBALFOUNDRIES, ARM, and You