Now that we have taken a look at our gaming tests using our Frame Rating metrics and testing methods, we are including a set of tests from more standard benchmarks like 3DMark 11, Unigine Heaven and the newer 3DMark benchmark. 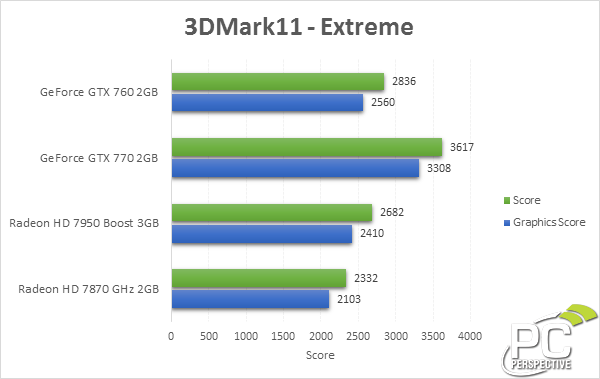 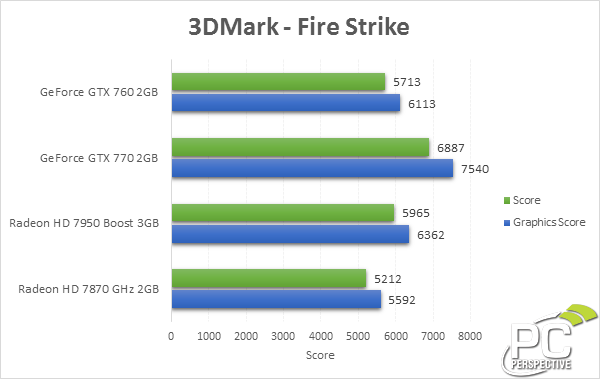 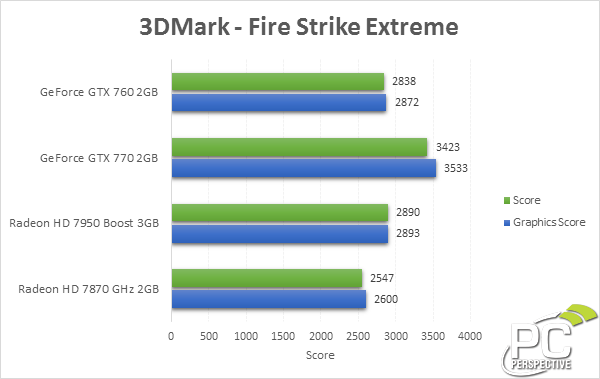 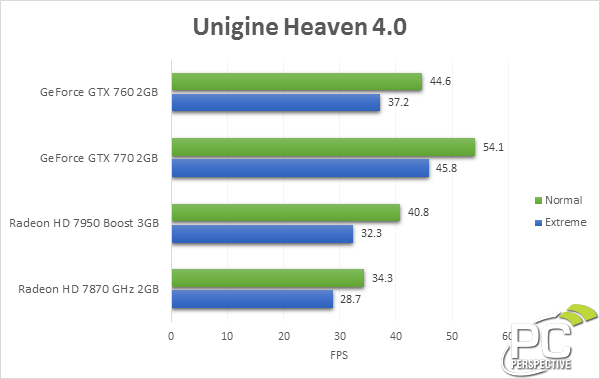 Okay, so what do our synthetic tests from 3DMark and Unigine have to say about this debate?  For the GTX 760 vs. Radeon HD 7950 Boost battle, 3DMark 2013 gives the advantage to the AMD card at both Normal and Extreme presets, fitting it in between the two AMD graphics cards.  3DMark11 tells a different story – there the HD 7950 Boost is slower than the GTX 760 at the Extreme preset.

The Unigine Heaven benchmark gives the edge of NVIDIA in both Normal and Extreme tessellation presets.