Because the GeForce GTX 760 is based on the same GK104 GPU as the GTX 770 I wouldn’t expect there to be much difference in power consumption between the two cards. 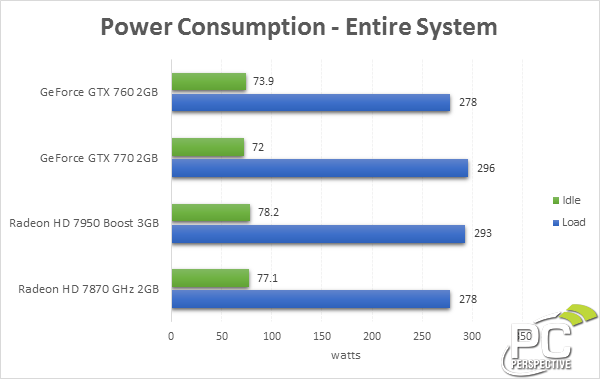 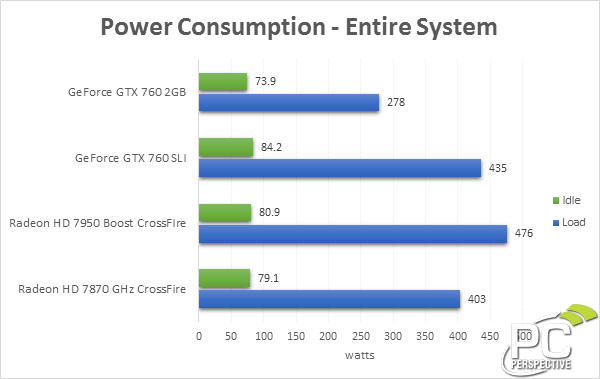 As it turns out the GTX 760 is only using 18 watts less power than the GTX 770 even though the TDP specifications from NVIDIA would claim a 60 watt gap.  The GTX 760 single card uses 15 watts less than the Radeon HD 7950.  It would appear as we decrease the performance / area of the GK104 we are also cutting into the performance / watt advantages that it has over the Tahiti-based AMD cards.

Our SLI testing showed an increase in power draw of 157 watts going from a single GTX 760 to a pair of them, a measurement somewhat in line with the 170 watt estimated TDP from NVIDIA.  The GTX 760s do use 41 watts less power than the pair of Radeon HD 7950 Boost cards though – something worth noting for multi-GPU users.