NVIDIA sent along a couple of reference GTX 760 cards for us to test but I also got in a unit from EVGA early enough to have some numbers and photos of as well for launch day. 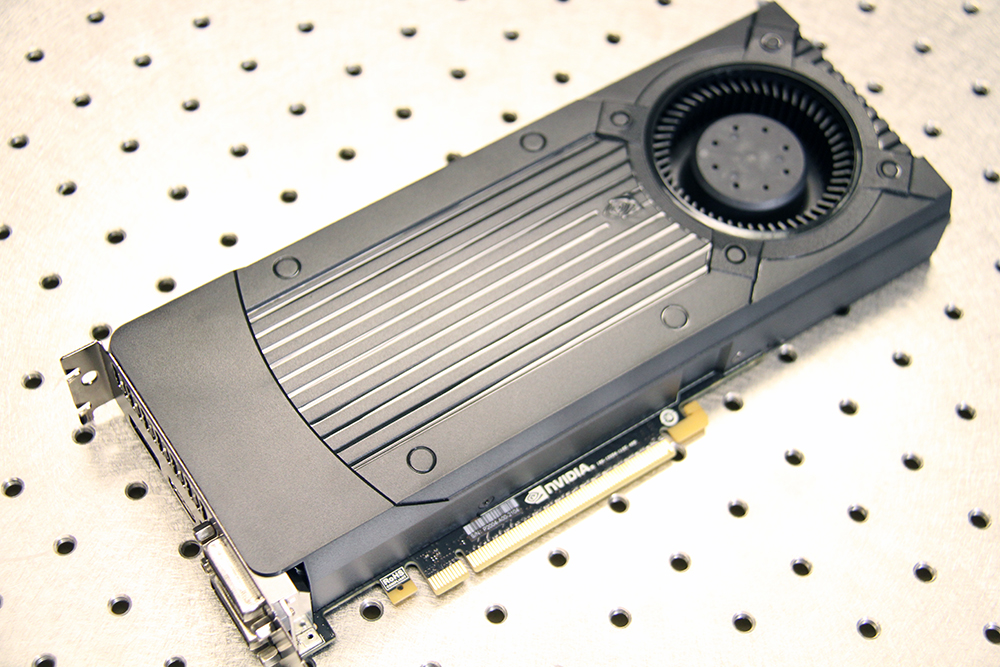 Honestly, the reference cards are pretty bland and boring at this point.  Having seen how the designs of the GTX Titan, GTX 780 and even the GTX 770 were built, seeing a standard plastic housing with the louder fan design is a bit of a letdown. 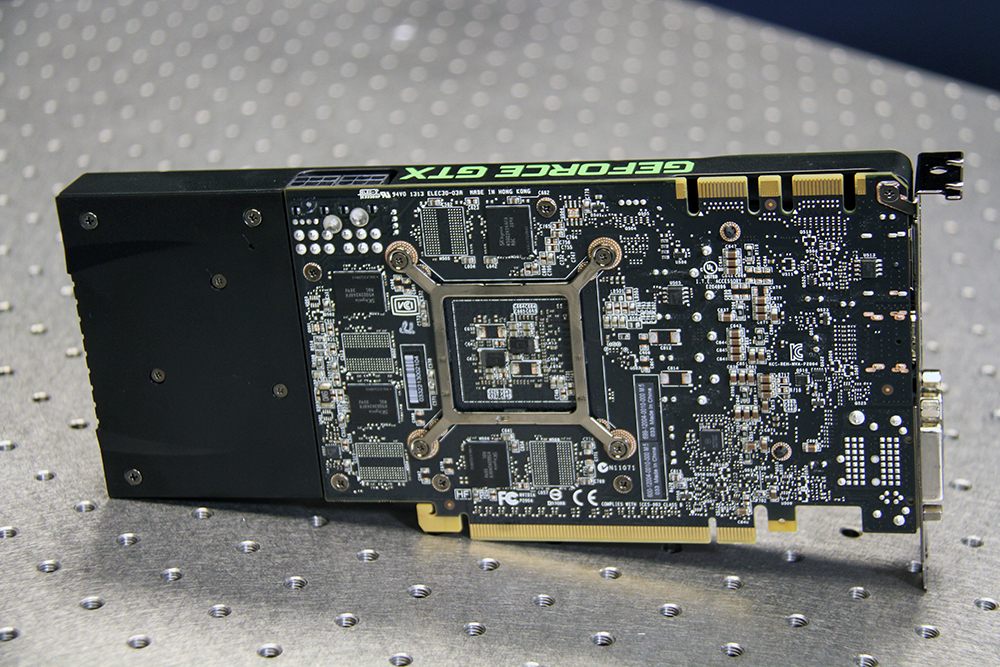 This design does include the very short design that we first saw with the GTX 670 cards and only requires a pair of 6-pin power connections.  The pair of SLI connectors also tells us that NVIDIA is NOT restricting 3-Way SLI from the GTX 760! 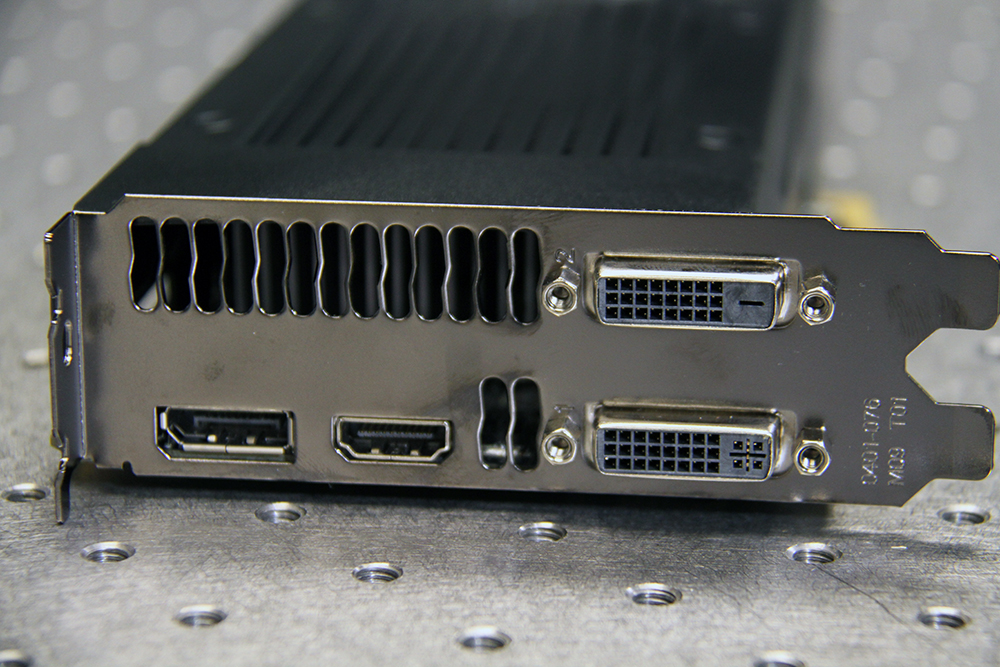 The display connectivity options remain the same as they did with the GTX 600 series of enthusiast cards including two dual-link DVI connections, a full-size HDMI and a full-size DisplayPort.

Reference designs are good for testing stock performance, which is what we’ll focus on today, but EVGA did send along an SC (SuperClocked) model of the GTX 760 that integrates the new ACX cooling technology. 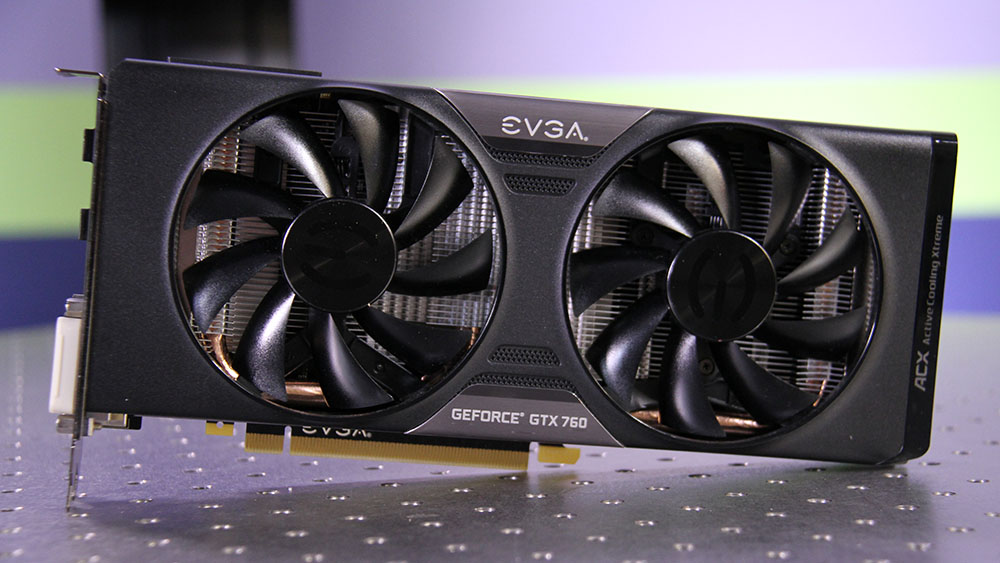 The twin fan design should allow for quieter operation than the reference units but it’s obvious that EVGA did not use the same quality parts in the cooler of the GTX 760 as they did with the GTX 780 SC we have from them.  While much cooler temperature wise, the ACX isn’t any quieter than the reference designs. 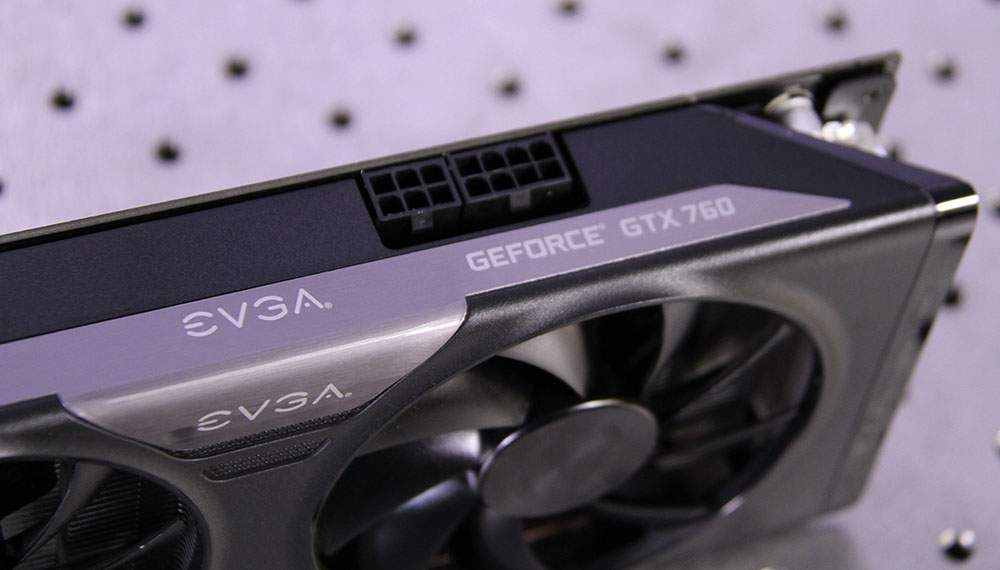 EVGA did go ahead with a 6+8 power design on this board to allow for potentially better overclocking though we haven’t had enough units in-house to see if that really holds true. 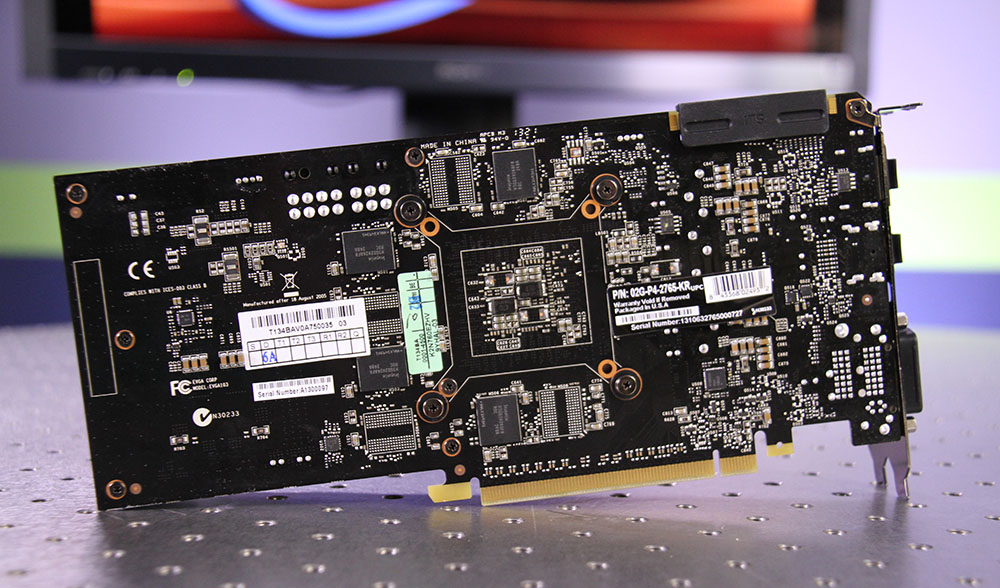 EVGA’s custom PCB here is a kind of hybrid “half length” design that moves the power connections up the board some but still uses more of the PCB than the reference design.  You can also see four of the memory chips are soldered to the back as well, just as we saw on the reference design. 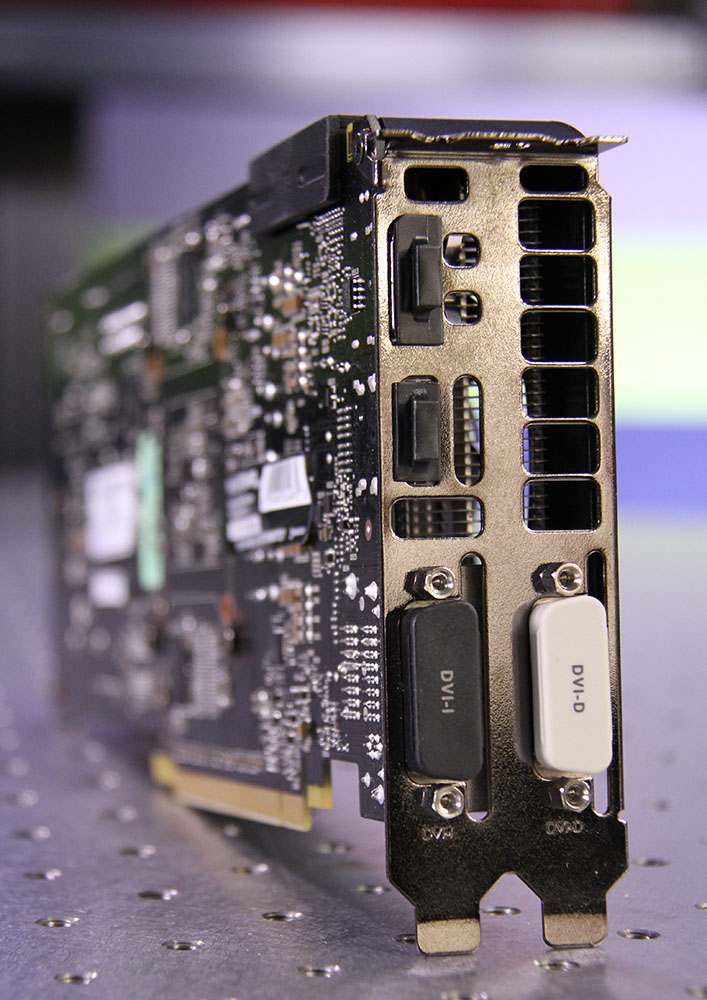 EVGA keeps the same display configuration as the reference design as well but protects the ports with some covers.

As you might have guessed, the SC model is overclocked as well over the 980/1033 MHz reference clock speeds of the GTX 760. 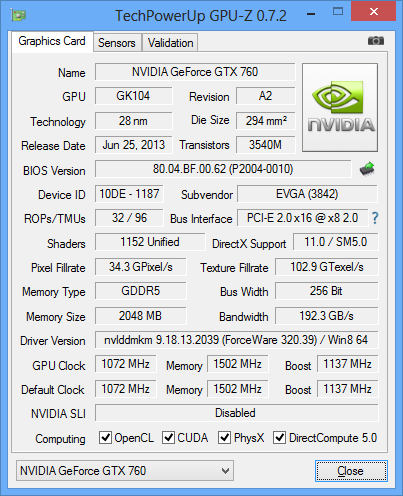