Earlier this year (beginning of April), NVIDIA introduced the first set of mobile graphics cards in its 700M series. These were relatively low-end cards that features at most 384 CUDA cores and were based on NVIDIA's 600-series Kepler architecture.

NVIDIA is now adding higher-end mobile GPUs to the 700M family with the GTX 760M, GTX 765M, GTX 770M, and GTX 780M. These chips are still based on Kepler (600-series), but feature more CUDA cores, more memory, a wider memory bus, and faster clockspeeds. The GTX 780M is not quite the mobile equivalent to the desktop GTX 680, but NVIDIA is matching it up against AMD's 8970M GPU and claims that it can run games like Sleeping Dogs, Assassins Creed 3, and Borderlands 2 at Ultra settings (1080p). The GTX 770M is also capable of running modern games, though some detail setitng may need to be turned down. 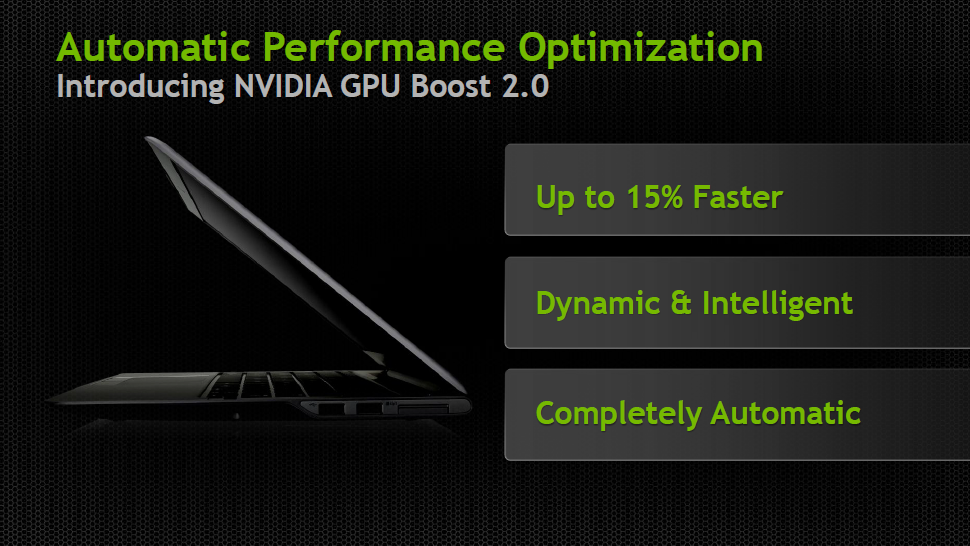 Further, GPU Boost 2.0, Geforce Experience software, and NVIDIA Optimus support are features of the new GTX 700M graphics cards. You can read more about these NVIDIA technologies in this article by motherboard reviewer Morry Teitelman.

These cards are based on NVIDIA's 600-series despite the 700M moniker. They should provide OEMs with some good gaming options on the NVIDIA side of things and allow for some more competition in the gaming notebook hardware space against the existing AMD cards.