The original source article at IGN.com has been updated with some new information.  Now they are saying the agreement between AMD and EA is "non-exclusive and gamers using other components will be supported."

The quote from an EA rep says as follows:

DICE has a partnership with AMD specifically for Battlefield 4 on PC to showcase and optimize the game for AMD hardware," an EA spokesperson said. "This does not exclude DICE from working with other partners to ensure players have a great experience across a wide set of PCs for all their titles.

This could be a huge deal for NVIDIA and AMD in the coming months – according to a story at IGN.com, AMD has entered into an agreement with EA that will allow them exclusive rights to optimization for all games based around the Frostbite 3 engine.  That includes Battlefield 4, Mirror's Edge 2, Need for Speed Rivals and many more games due out this year and in 2014.  Here is the quote that is getting my attention:

Starting with the release of Battlefield 4, all current and future titles using the Frostbite 3 engine — Need for Speed Rivals, Mirror's Edge 2, etc. — will ship optimized exclusively for AMD GPUs and CPUs. While Nvidia-based systems will be supported, the company won't be able to develop and distribute updated drivers until after each game is released.

Battlefield 4 will be exclusive optimized for AMD hardware.

This is huge news for AMD as the Frostbite 3 engine will be used for all EA published games going forward with the exception of sports titles.  The three mentioned above are huge but this also includes Star Wars Battlefront, Dragon Age and even the next Mass Effect so I can't really emphasize enough how big of a win this could be for AMD's marketing and developer relations teams.

I am particularly interested in this line as well:

While Nvidia-based systems will be supported, the company won't be able to develop and distribute updated drivers until after each game is released.

The world of PC optimizations and partnerships has been around for a long time so this isn't a huge surprise for anyone that follows PC gaming.  What is bothersome to me is that both EA and AMD are saying are rumored to have agreed that NVIDIA won't get access to the game as it is being developed – something that is CRUCIAL for day-of driver releases and performance tweaks for GeForce card owners.  In most cases, both AMD and NVIDIA developer relations teams get early access to game builds for PC titles in order to validate compatibility and to improve performance of these games for the public release.  Without these builds, NVIDIA would be at a big disadvantage.  This is exactly what happend with the recent Tomb Raider release.

AMD called me to reiterate their stance that competition does not automatically mean cutting out the other guy.  In the Tomb Raider story linked above, Neil Robison, AMD's Senior Director of Consumer and Graphics Alliances, states quite plainly: "The thing that angers me the most is when I see a request to debilitate a game. I understand winning, I get that, and I understand aggressive companies, I get that. Why would you ever want to introduce a feature on purpose that would make a game not good for half the gaming audience?"

So what do we take away from that statement, made in a story published in March, and today's rumor?  We have to take AMD at its word until we see solid evidence otherwise, or enough cases of this occurring to feel like I am being duped but AMD wants us all to know that they are playing the game the "right way."  That stance just happens to be counter to this rumor. 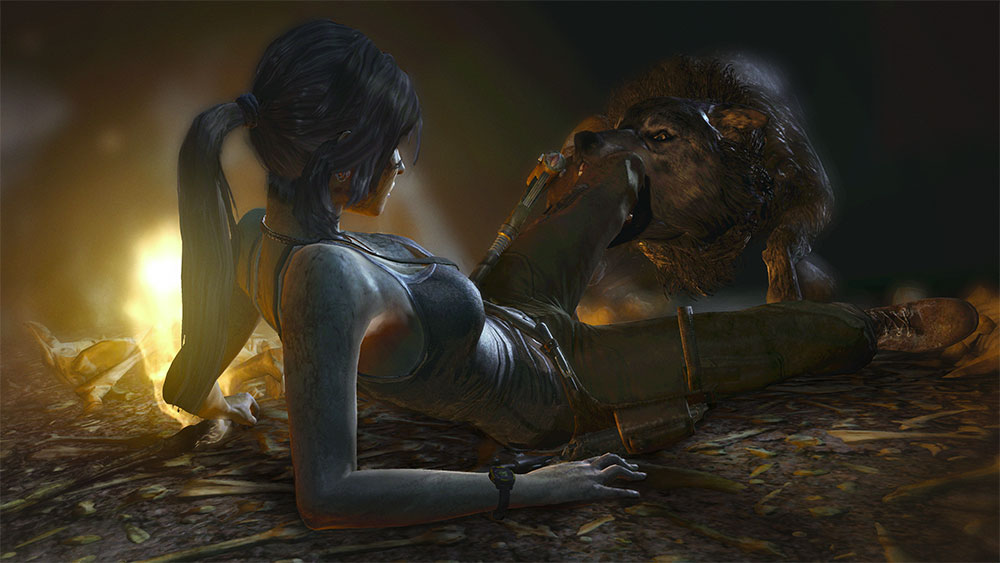 NVIDIA had performance and compatibility issues with Tomb Raider upon release.

The irony in all of this is that AMD has been accusing NVIDIA of doing this exact thing for years – though without any public statements from developers, publishers or NVIDIA.  When Batman: Arkham Asylum was launched AMD basically said that NVIDIA had locked them out of supporting antialiasing.  In 2008, Assassin's Creed dropped DX 10.1 support supposedly because NVIDIA asked them too, who didn't have support for it at the time in GeForce cards.  Or even that NVIDIA was disabling cores for PhysX CPU support to help prop up GeForce sales.  At the time, AMD PR spun this as the worst possible thing for a company to do in the name of gamers, that is was bad for the industry, etc.  But times change as opportunity changes.

The cold truth is that this is why AMD decided to take the chance that NVIDIA was allegedly unwilling to and take the console design wins that are often noted as being "bad business."  If settling for razor thin margins on the consoles is a risk, the reward that AMD is hoping to get is exactly this: benefits in other markets thanks to better relationships with game developers. 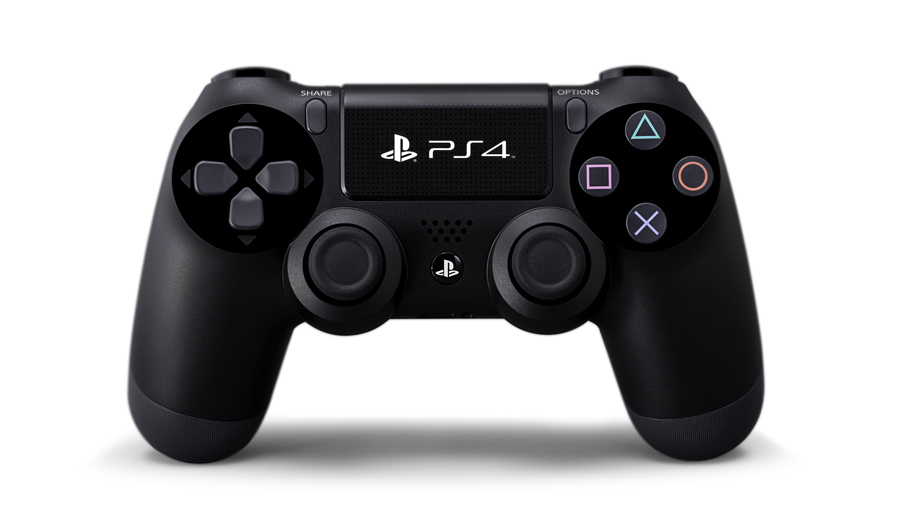 Will the advantage be with AMD thanks to PS4 and Xbox One hardware?

At E3 I spoke in-depth with both NVIDIA and AMD executives about this debate and as you might expect both have very different opinions about what is going to transpire in the next 12-24 months.  AMD views this advantage (being in the consoles) as the big bet that is going to pay off for the more profitable PC space.  NVIDIA thinks that AMD still doesn't have what it takes to truly support developers in the long run and they don't have the engineers to innovate on the technology side.  In my view, having Radeon-based processors in the Xbox One and Playstation 4 (as well as the Wii U I guess) gives AMD a head start but won't win them the race for the hearts and minds of PC gamers. There is still a lot of work to be done for that.

Before this story broke I was planning on outlining another editorial on this subject and it looks like it just got promoted to a top priority.  There appear to be a lot of proverbial shoes left to drop in this battle, but it definitely needs more research and discussion. 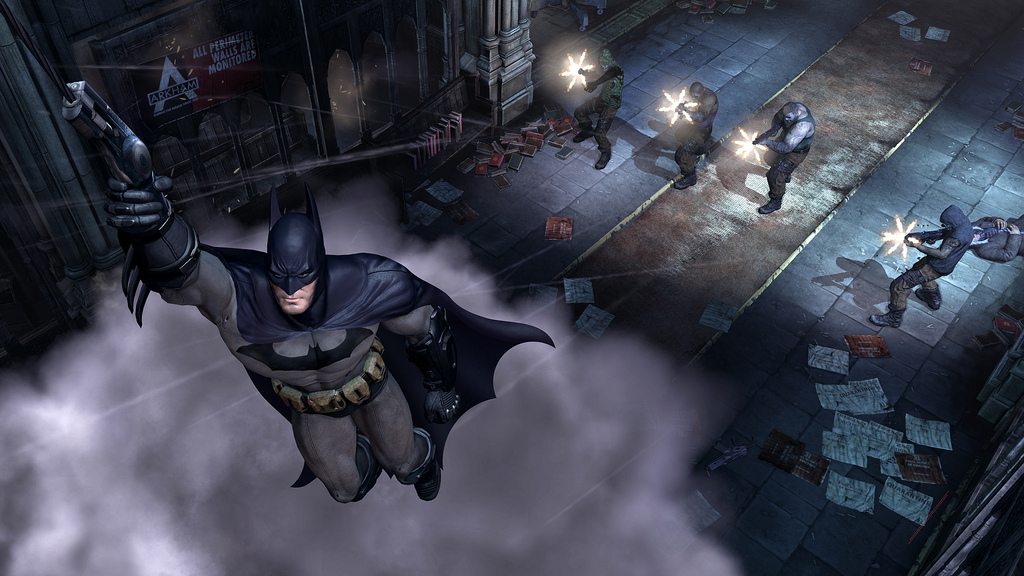 Remember the issues with Batman: Arkham Asylum?  I do.

I asked both NVIDIA and AMD for feedback on this story but only AMD has replied thus far.  Robert Hallock, PR manager for gaming and graphics, Graphics Business Unit at AMD sent me this:

It makes sense that game developers would focus on AMD hardware with AMD hardware being the backbone of the next console generation. At this time, though, our relationship with EA is exclusively focused on Battlefield 4 and its hardware optimizations for AMD CPUs, GPUs and APUs.

Not much there, but he is also not denying of the original report coming from IGN.  It might just be too early for a more official statement.  I will update this story with information from NVIDIA if I hear anything else.

What do YOU think about this announcement though?  Is this good news for AMD and bad news for NVIDIA?  Is it good or bad for the gamer and in particular, the PC gamer?  Your input will help guide or upcoming continued talks with NVIDIA and AMD on the subject.

Just so we all have some clarification on this and on the potential for validity of the rumor, this is where I sourced the story from this afternoon: