Our power testing was done with the discrete graphics card installed but idle (obviously).  Cinebench 11 was used to get our CPU load values, but all measurements are for the full system. 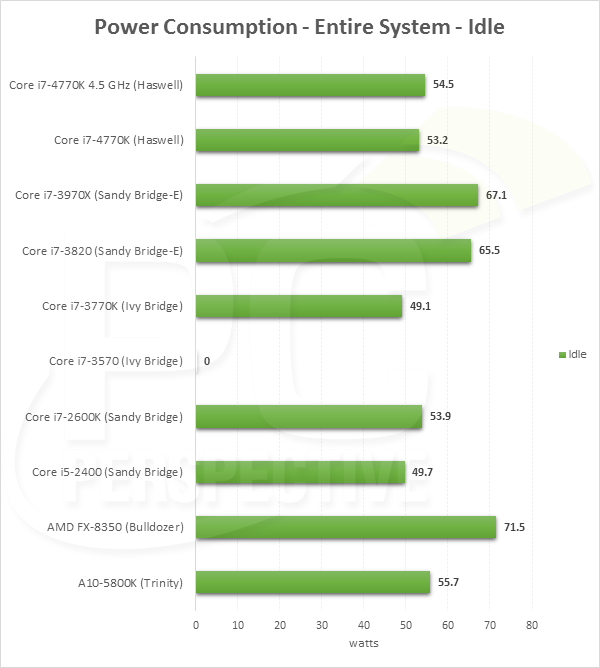 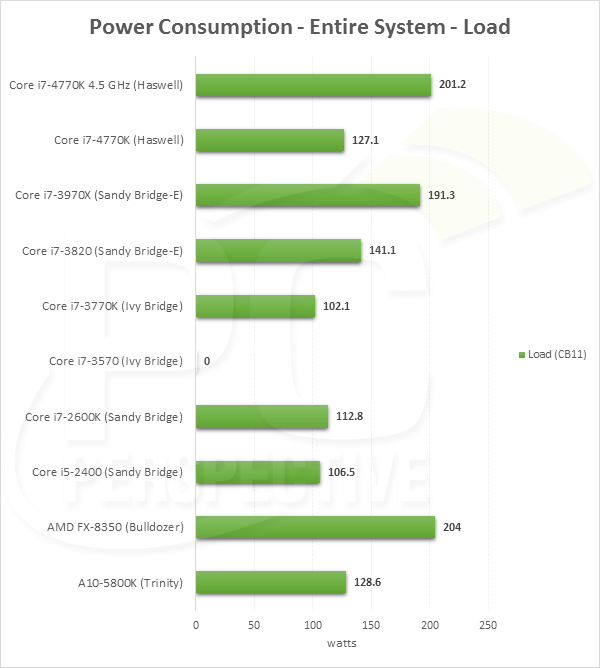 Even though the idle power consumption of Haswell appears to be higher than the Core i7-3770K that could be because of motherboard differences (remember, they are different sockets not) and the maturity of the BIOS/UEFI software for Z77 at this point.  Still, at 53 watts (versus 49 watts on the Ivy Bridge part) Haswell on the desktop is going to run very quiet and cool when not in use.

At load though, our Core i7-4770K is using 25 more watts than the Ivy Bridge based Core i7-3770K – that is something that should not be happening…  Haswell was rated at 8 watts higher on the TDP than Ivy Bridge, but 25 watts is a pretty dramatic difference that we are going to have to spend some more time looking into.  Still, Haswell is running under the power levels of Trinity but with significantly better performance! 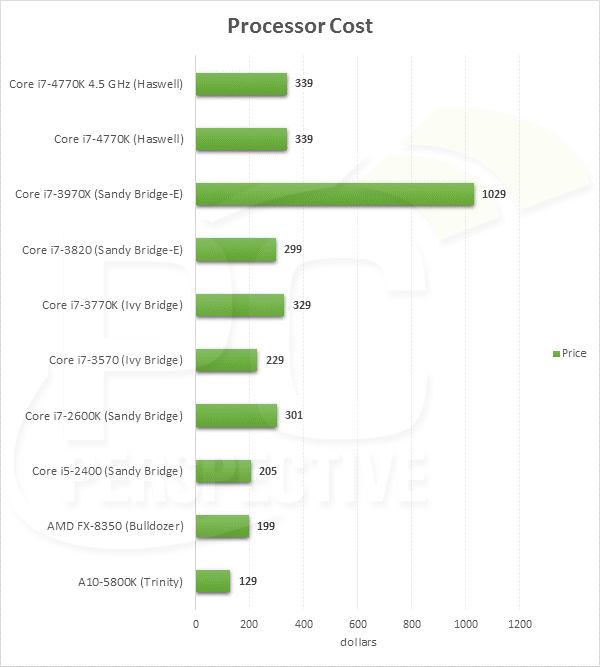 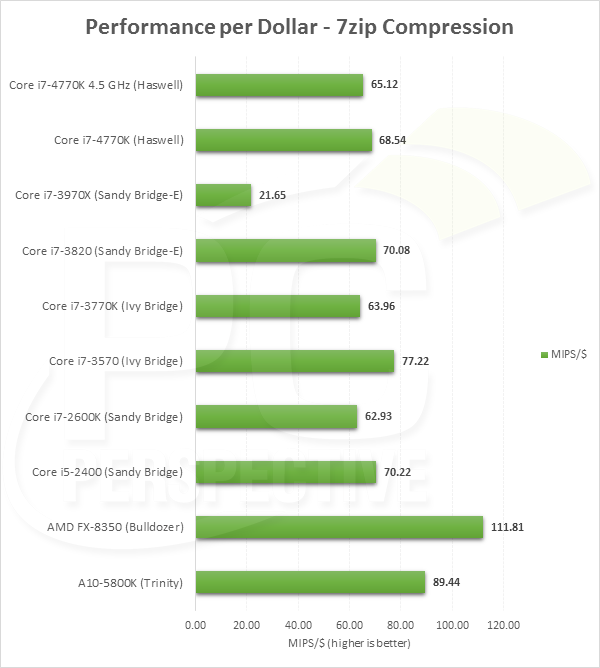 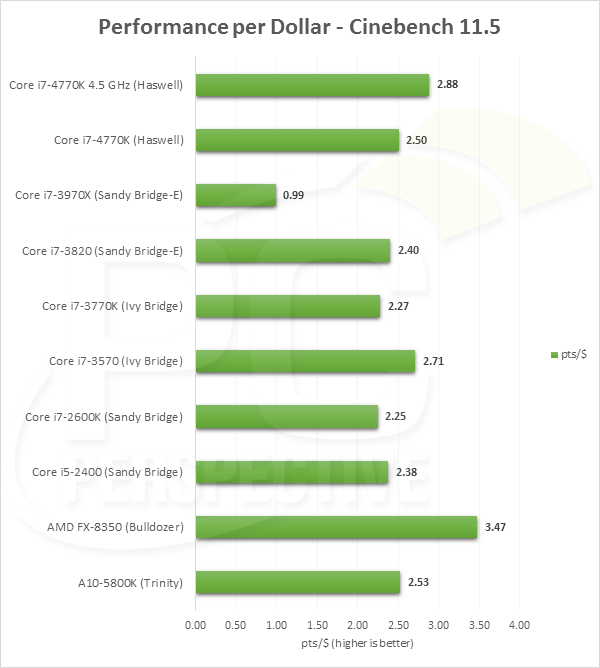 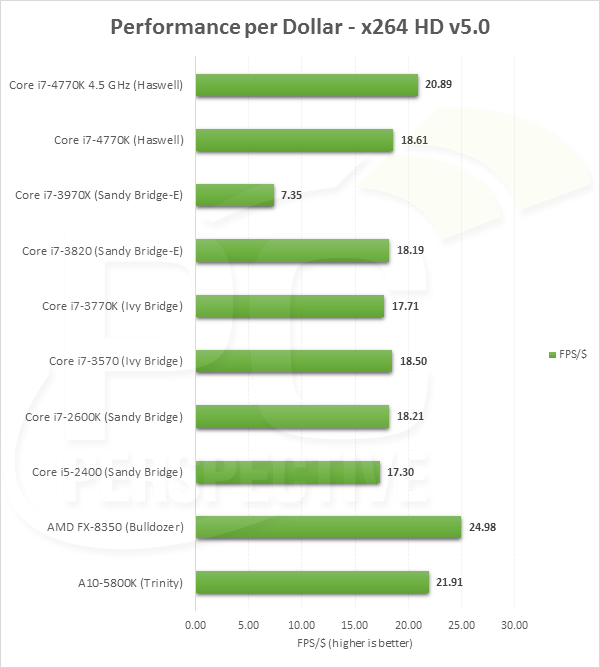 From a desktop component perspective, Haswell has impressed me with the Core i7-4770K.  I honestly wasn't expecting as much CPU performance increase with this release but seeing our benchmarks scale from 5-15% (sometimes higher) from the 3770K to the 4770K makes it pretty clear that if you are building a new system today and you aren't considering the $1000 CPU options, Haswell is the route to go.

And though the Z87 platform doesn't offer anything wildly exciting like integrated Thunderbolt, it does finally have parity with AMD in terms of SATA 6G support (6 integrated channels) and increases the USB 3.0 port count up to 6 as well.  That definitely allows for some better off-the-shelf options from the Z87 motherboard lineup and, as Josh pointed out to me, "Now you can actually, you know, run logical RAID configurations using SATA 6G!" 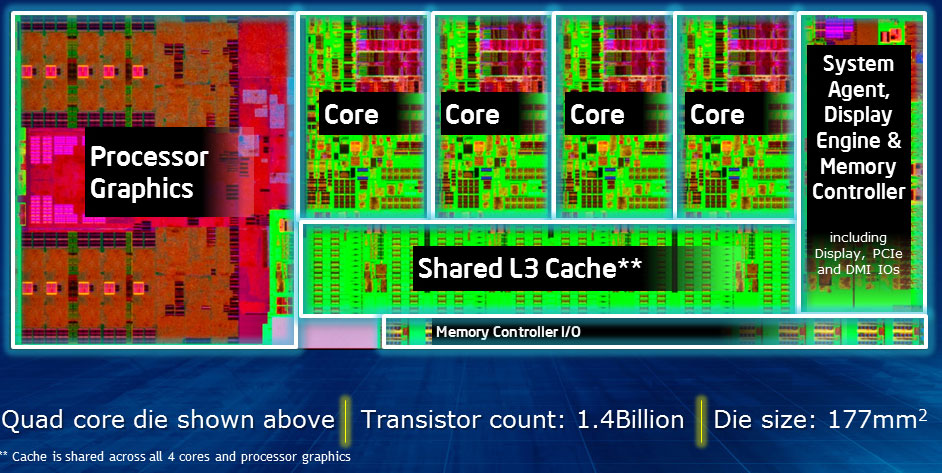 You probably noticed that we didn't do any high-end discrete gaming testing with Haswell yet; but it's coming.  We simply ran out of time to our proper analysis using our Frame Rating methods before release.  I plan on seeing how the move from SNB, IVB, SNB-E and Haswell affects frame pacing and frame time variance (smooth animation) with high end graphics cards like the Radeon HD 7970 and GeForce GTX 780.  Stay tuned!

If anyone from Intel is reading, don't think this lets you off the hook for that LGA1150 GT3e part with the 128MB of eDRAM on it.  I am eager to see how that cache will improve other CPU workloads as well as integrated graphics with twice the compute units.  Why that wasn't on the table to begin with is just perplexing to me…

I often get asked questions about when is the right time to upgrade and I'm sure I'll get a lot of those after Haswell's release.  If you have Sandy Bridge or Ivy Bridge, it is likely not beneficial to upgrade to a new Z87 motherboard and Core i7-4770K for the performance delta we are seeing.  But, if you are building a new system anyway, or have anything older than those generation parts, a move to Haswell makes a lot of sense and it shouldn't be too expensive.  Expect to see Z87 motherboards ranging from $100 to $400 from the normal targets: ASUS, MSI and Gigabyte for sure. 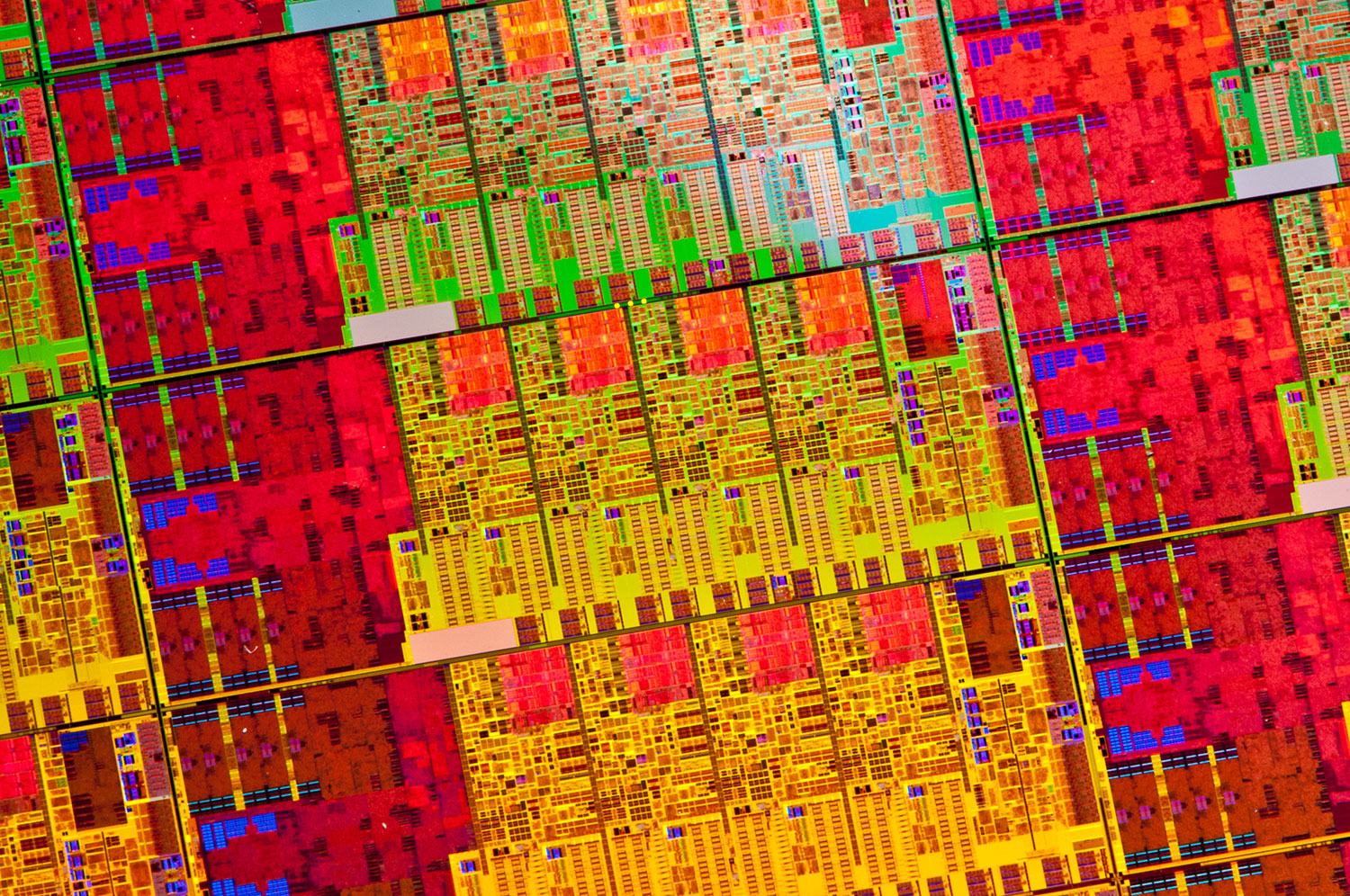 In truth, for Haswell as an architecture, we only have half the story.  The most interesting data might come when we start seeing Ultrabooks and all-in-ones that can take advantage of the added graphics horsepower of GT3 and the battery life improvements of the CPU design.  For today though, Haswell and the Core i7-4770K have clearly become the best enthusiast level processor on the market.