The last bit of information I wanted to share before getting to our standard benchmarks was to see how the most recent Intel architectures are scaling in terms of IPC – instructions per clock.  To test this, I set our Haswell, Ivy Bridge and Sandy Bridge CPUs to a static clock rate of 3.5 GHz and ran through a handful of tests.  This allows us to see compare equally the last three generations of Intel CPUs. 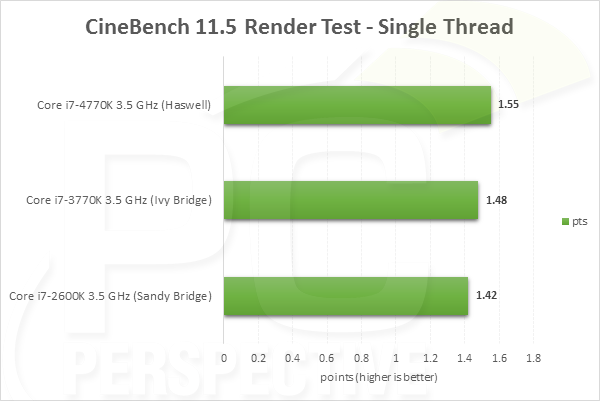 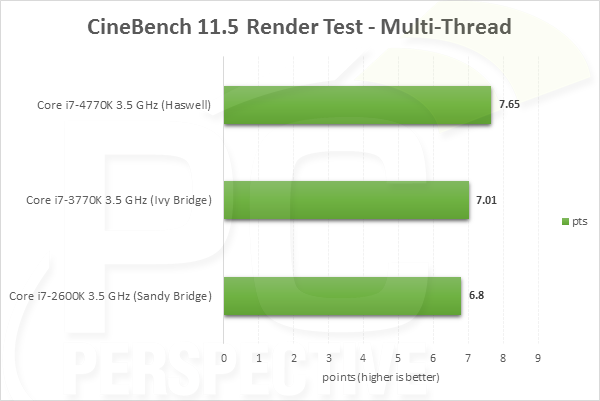 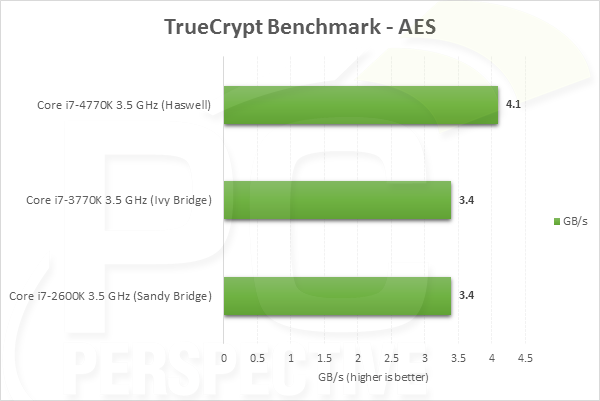 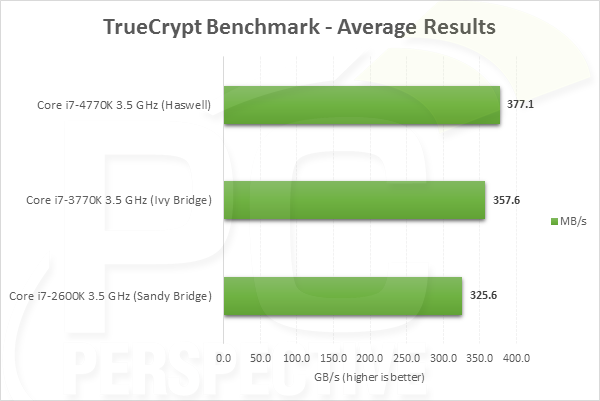 The AES result from TrueCrypt shows a nice jump as the AES-NI implementation has improved significantly in Haswell and gives it a 20% edge.  The average results in other encryption methods shows a 5% edge for Haswell over Ivy Bridge and a 15% performance lead over the Sandy Bridge CPU. 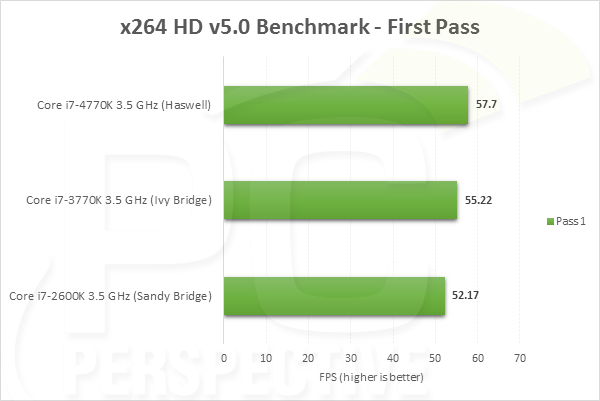 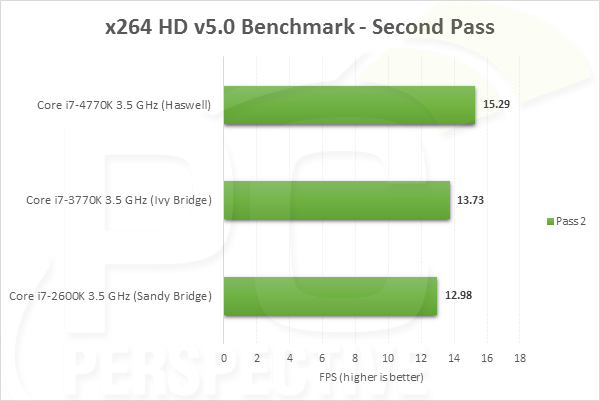 Finally, our x264 benchmark results show a similar 4.5% advantage for Haswell over IVB and a 10.5% edge over Sandy Bridge on the first pass.  Haswell is 11% and 17% faster respectively on the second pass.

Obviously, Haswell does improve overall CPU performance by a modest amount running clock for clock.  That is good news as the Haswell Core i7-4770K is basically running at the same clock rates as the Core i7-3770K. 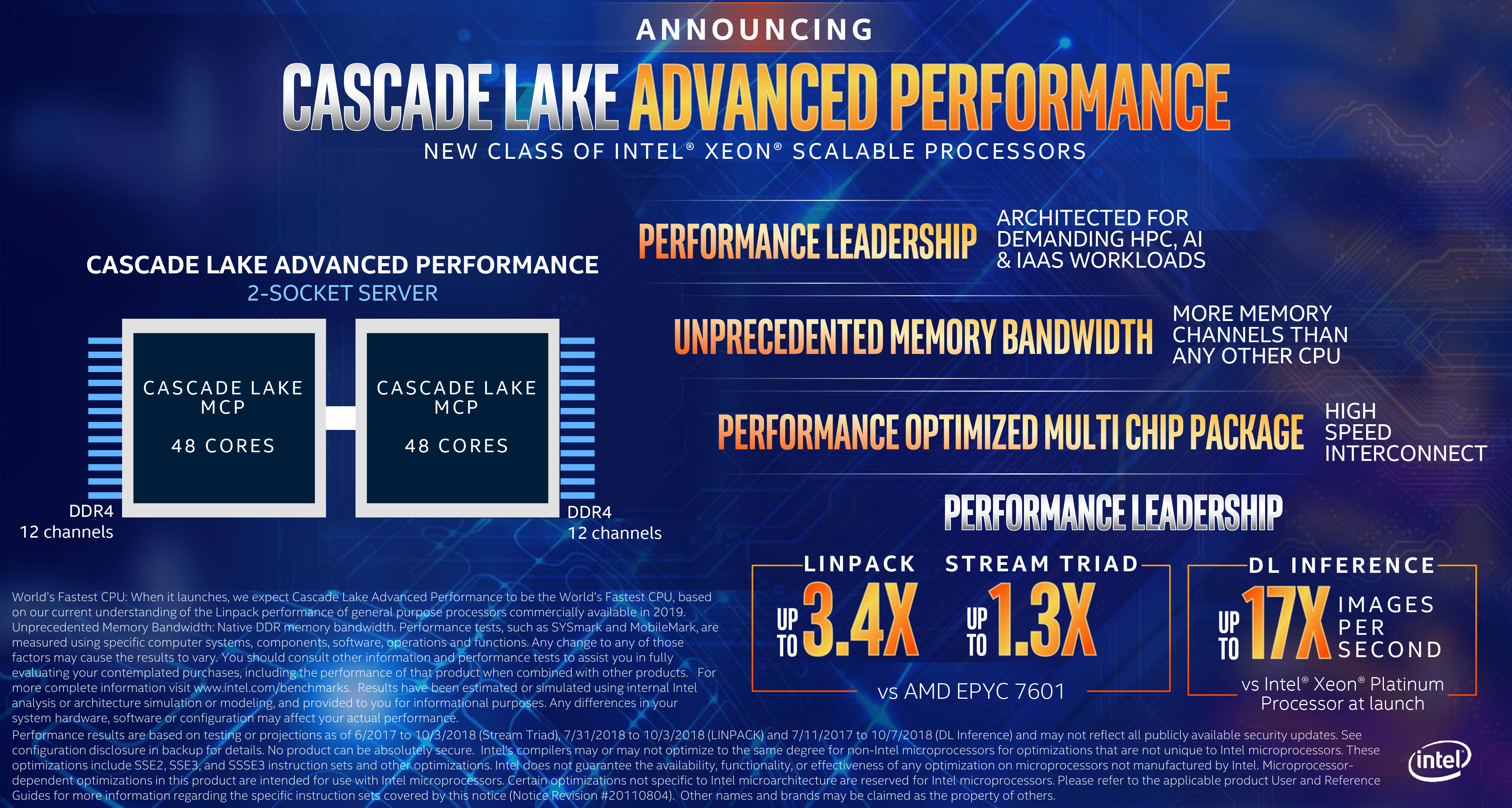