A Finnish overclocker known as “The Stilt” recently pushed an AMD Richland APU to 8.2GHz using liquid nitrogen. In doing so, The Stilt broke the world record for APU overclocking, besting his previous overclock attempt. 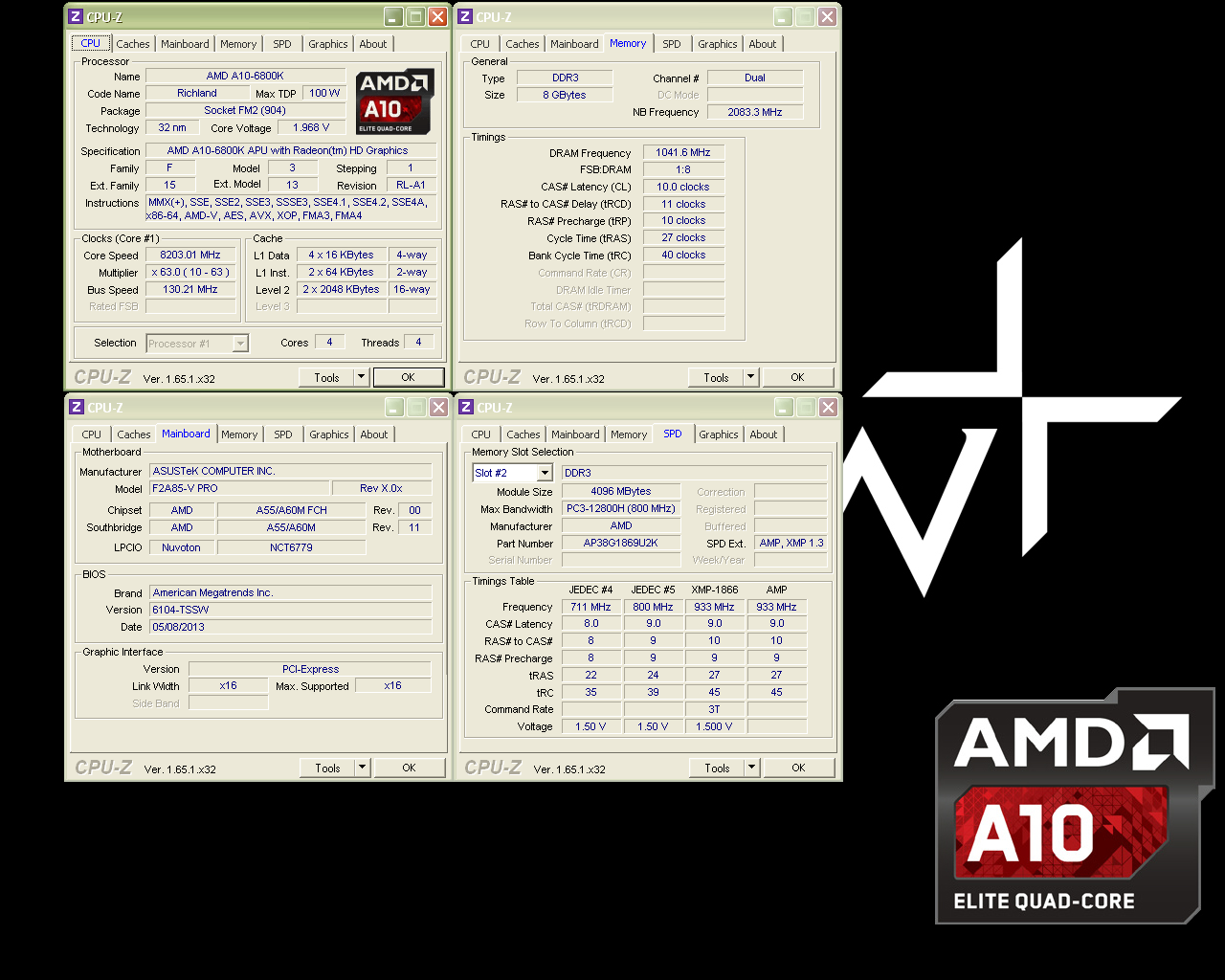 The system used to overclock the APU included an ASUS F2A85-V Pro motherboard, 8GB of AMD DDR3 Performance memory, and a Radeon HD 7750 graphics card. The overclocker used liquid nitrogen to cool the APU while the GPU was left at stock settings and with its default air cooler. The RAM was overclocked to 2083.6 MHz with 10-11-10-27 timings.

In all, it is an impressive overclock considering all four CPU cores were left enabled! More details along with validation of the overclock can be found over at HWBot.