The BioShock Infinite DLC which was released yesterday may not intrigue all players as it is mostly Challenge based, gifting you with a variety of in game achievements for completing certain takedowns and combos though the addition of new maps could well attract many.  It is the upcoming Burial At Sea which is attracting attention as it takes place on that fateful New Years Eve which began the decline of Rapture into which we were dropped into during the original game. Instead of the in game clues which told the story of the fall of the underwater utopia of Rapture you will get to play through the actual events as Booker Dewitt, Private Eye.  Hopefully they will not follow the Valve School of Episode releases and we will see releases on a tight schedule.  Check out both trailers at Rock, Paper, SHOTGUN or click below to see the teaser for Burial at Sea.

"So, as guessed by people paying attention to Ken Levine last night, there’s to be BioShock: Infinite DLC. What a surprise. What’s more of a surprise is that one bit is out today. That is Clash In The Clouds, and is a bunch of challenges. Below you’ve got a trailer for that, and a teaser for something called Burial At Sea, which will be a new campaign set in Rapture" 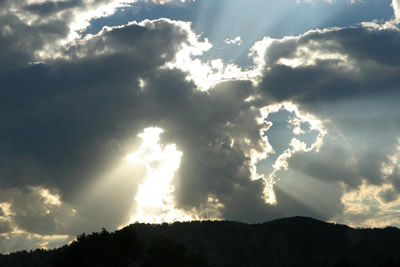 Intel wants to be the colloidal silver lining in the cloud

Not just a mouse, it’s a keyboard and joystick as well