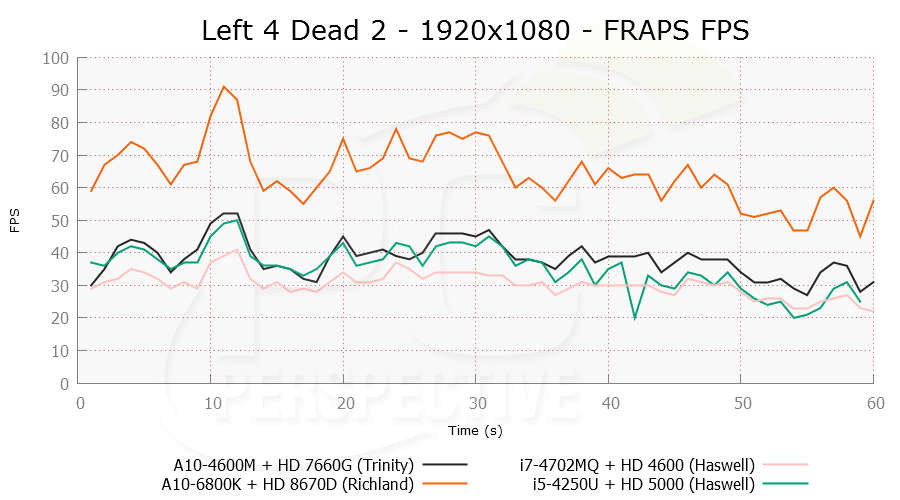 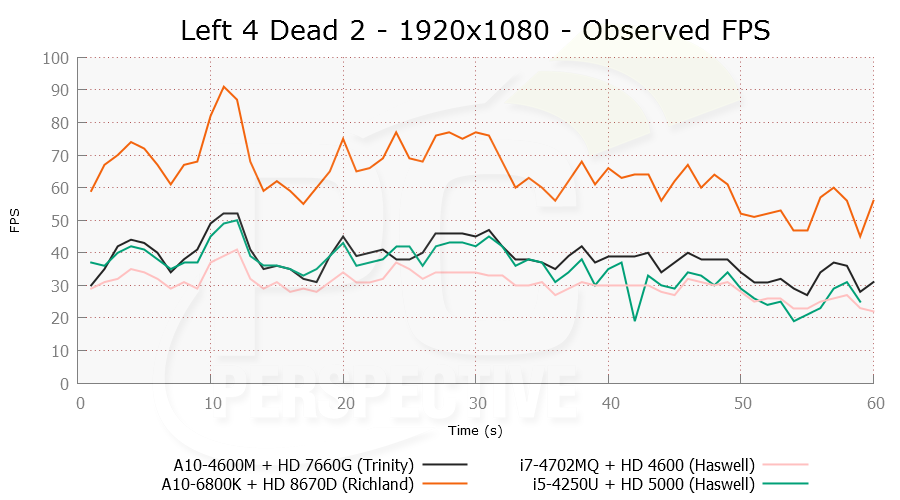 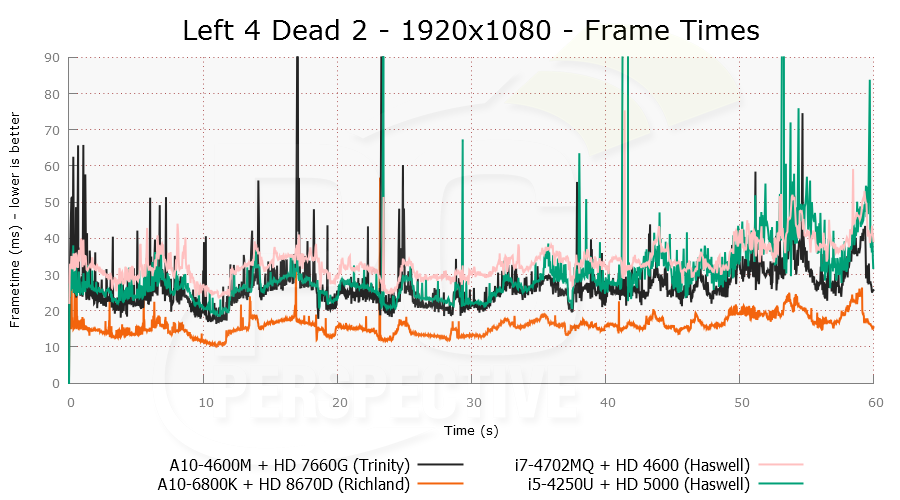 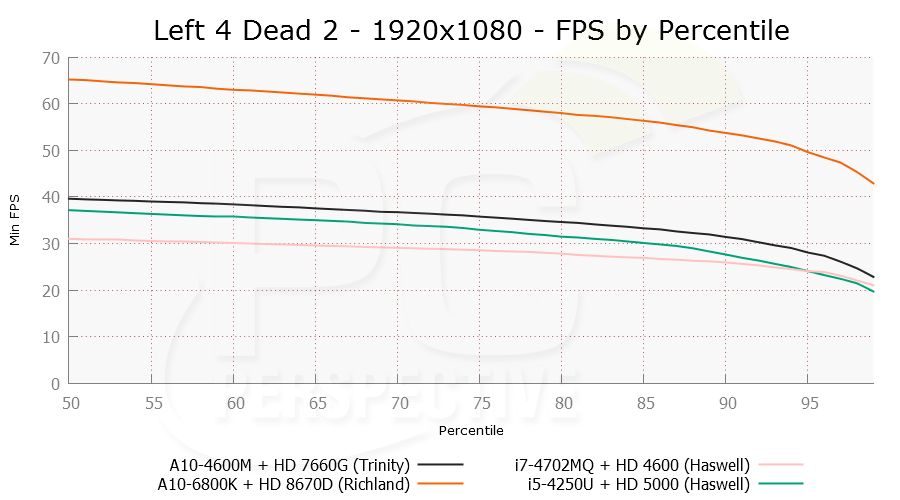 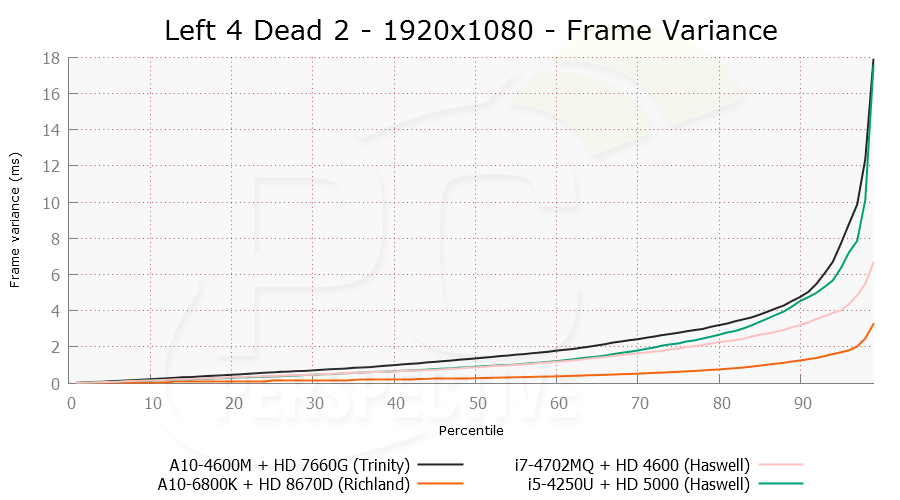 The first thing to note is that there does not appear to be a big difference between the FRAPS based results in our IGP testing and the results found in our Frame Rating system – the frame times are consistent and pretty reliable across the systems as you would expect with only single GPUs at work.  The performance of these platforms is interesting in L4D2 though starting with Richland – it takes a sizeable performance lead over the rest of the pack, hitting around 65 FPS on average and also getting the least variant time frame result.

The Trinity system came in second here with an average frame rate around 40 FPS followed by the MacBook Air with the HD 5000 graphics at 38 FPS and trailed by the MSI GE40 with HD 4600 at 31 FPS.  But take a look at the Frame Times graph and compare the lines for the green, black and pink lines.  The pink, representing the Core i7-4702MQ + HD 4600 combination is definitely has the tightest frame times resulting in the second most reliable frame rates (after the Richland system).  Both the green and black lines of Trinity and the MBA (HD 5000) had some spikes in frame times that are indicative of stutters in the gameplay.  Above the 90th percentile both of those systems were exhibiting more than 4ms of frame variance meaning you will likely see the animation smoothness affected.