Galaxy sent over their overclocked GTX 770 GC card a little while ago and we wanted to put it to the test!

When NVIDIA launched the GeForce GTX 770 at the very end of May, we started to get in some retail samples from companies like Galaxy.  While our initial review looked at the reference models, other add-in card vendors are putting their own unique touch on the latest GK104 offering and Galaxy was kind enough to send us their GeForce GTX 770 2GB GC model that uses a unique, more efficient cooler design and also runs at overclocked frequencies.

If you haven't yet read up on the GTX 770 GPU, you should probably stop by my first review of the GTX 770 to see what information you are missing out on.  Essentially, the GTX 770 is a full-spec GK104 Kepler GPU running at higher clocks (both core and memory speeds) compared to the original GTX 680.  The new reference clocks for the GTX 770 were 1046 MHz base clock, 1085 MHz Boost clock and a nice increase to 7.0 GHz memory speeds. 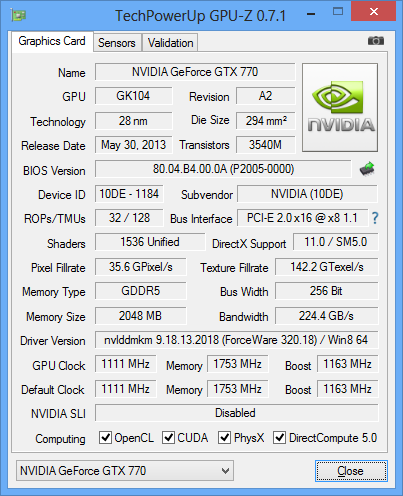 The Galaxy GC model is overclocked with a new base clock setting of 1111 MHz and a higher Boost clock of 1163 MHz; both are about 6.5-7.0% higher than the original clocks.  Galaxy has left the memory speeds alone though keeping them running at 7.0 GHz effectively. 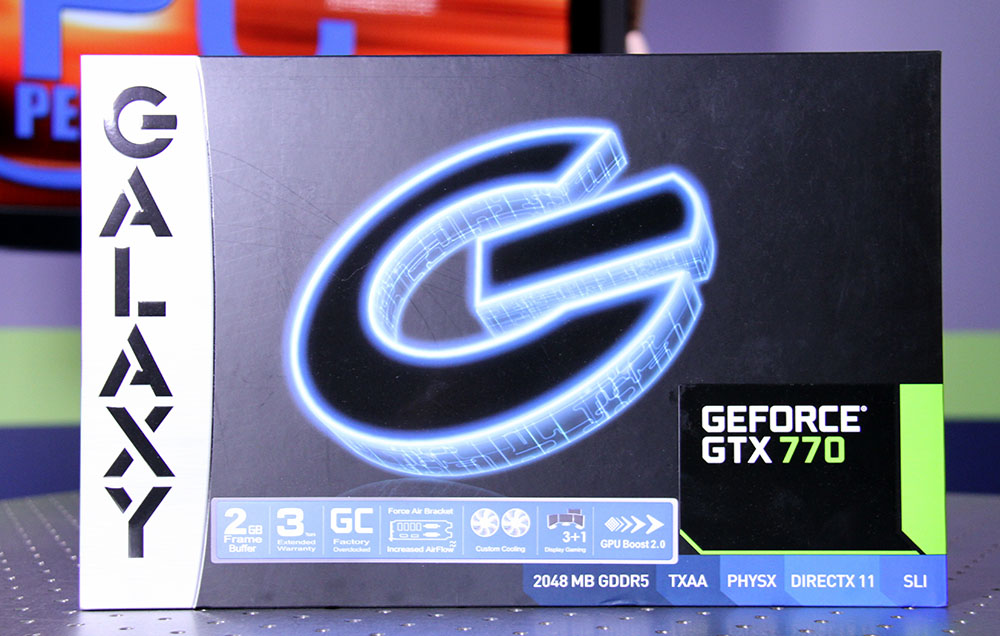 Galaxy does a very good job on the retail appeal of its products giving you a lot of information at a quick glance on the box.  You can see the display connection configuration, memory capacity as well as the warranty very easily. 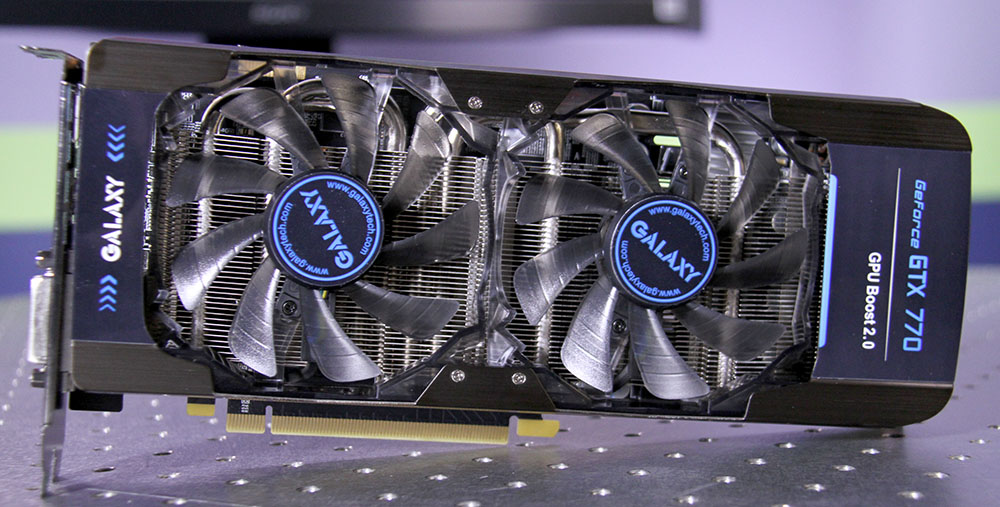 The GTX 770 GC from Galaxy uses a custom cooler that utilizes a pair of fans that were specifically designed with fins that minimize noise during operation.  The shroud itself is built out of aluminum and has a pretty slick dark and smoky finish to it. 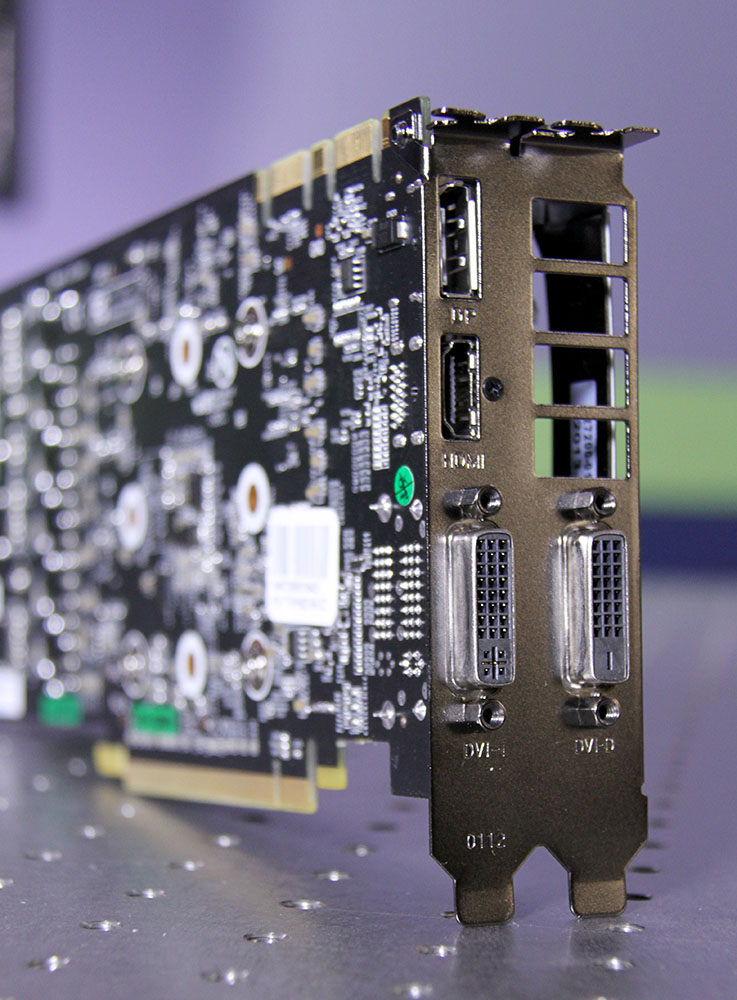 The display configuration is the same as we found on the reference cards and includes a pair of DVI connections and full-size HDMI and DisplayPort options. 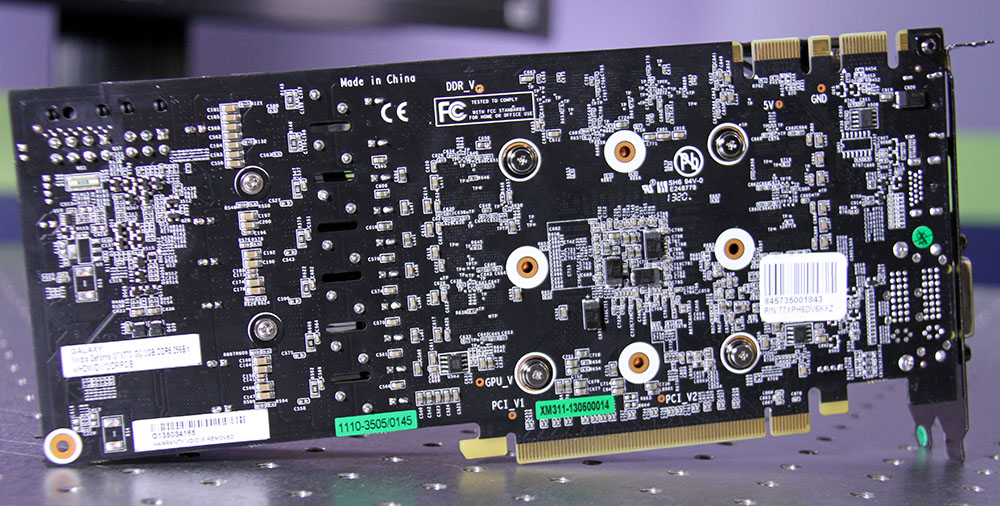 The back of the card is pretty standard with no memory on the rear of the PCB and no back plate to hide anything.  Galaxy did make some board layout design changes from the reference PCB including thru-board ventilation around the MOSFETs and high quality inductors that are shielded to maintain a clean power signal without the noisy coil whine. 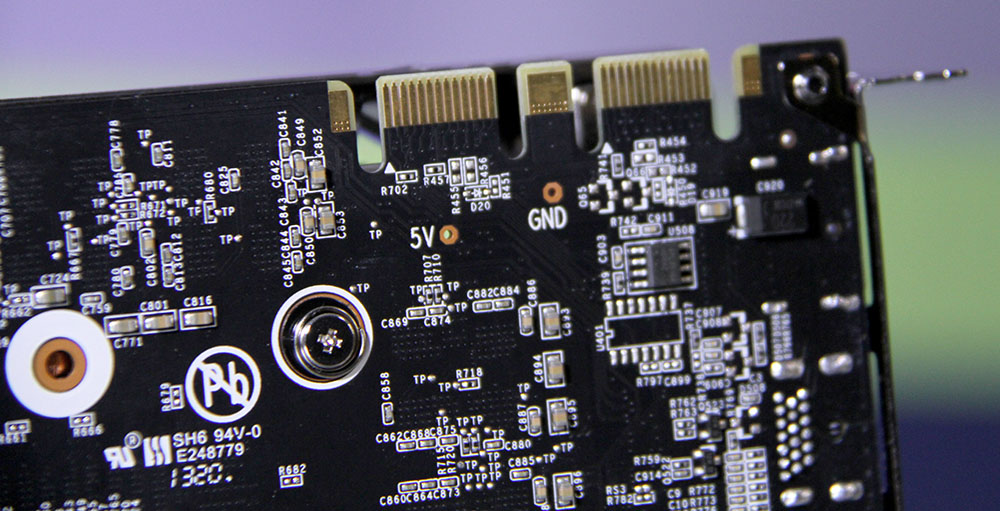 The Galaxy GTX 770 GC does support SLI with as many as three GTX 770 cards. 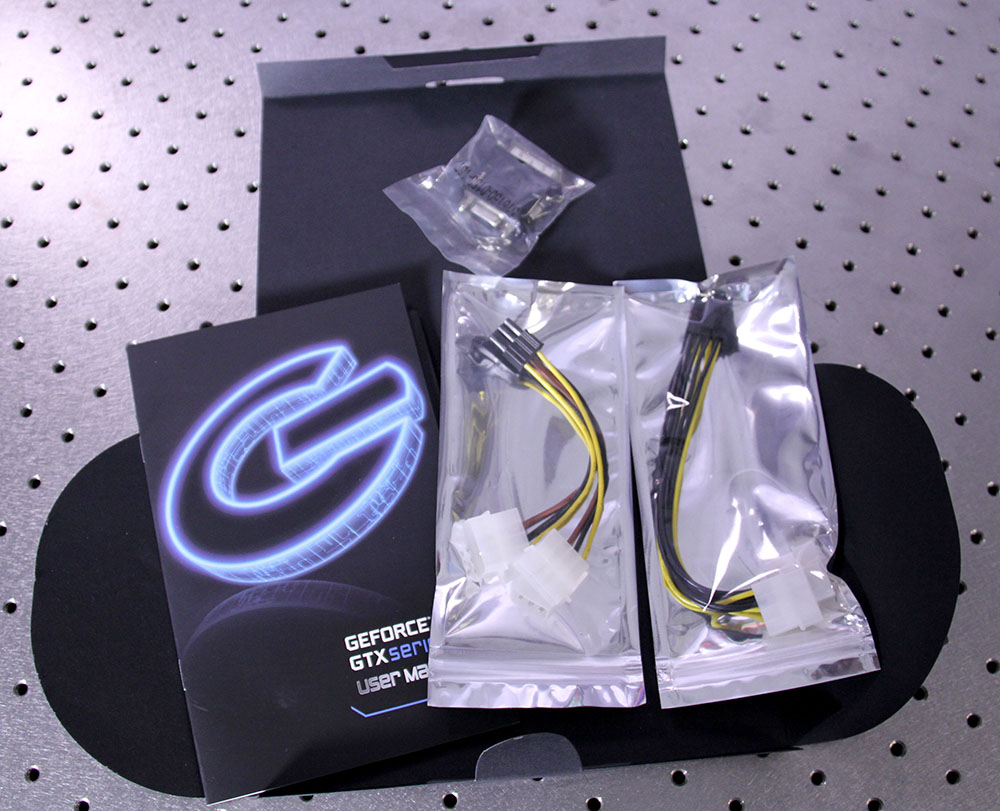 Inside the box, accessories are pretty minimal with the Galaxy card but that is standard practice it seems for all AICs today.  You get two power adapters (though if you need them perhaps its time to upgrade your PSU?) and an aging DVI to VGA converter (ditto here).