Google Rolls Out Updated Nexus 7 With Android 4.3 And Better Hardware 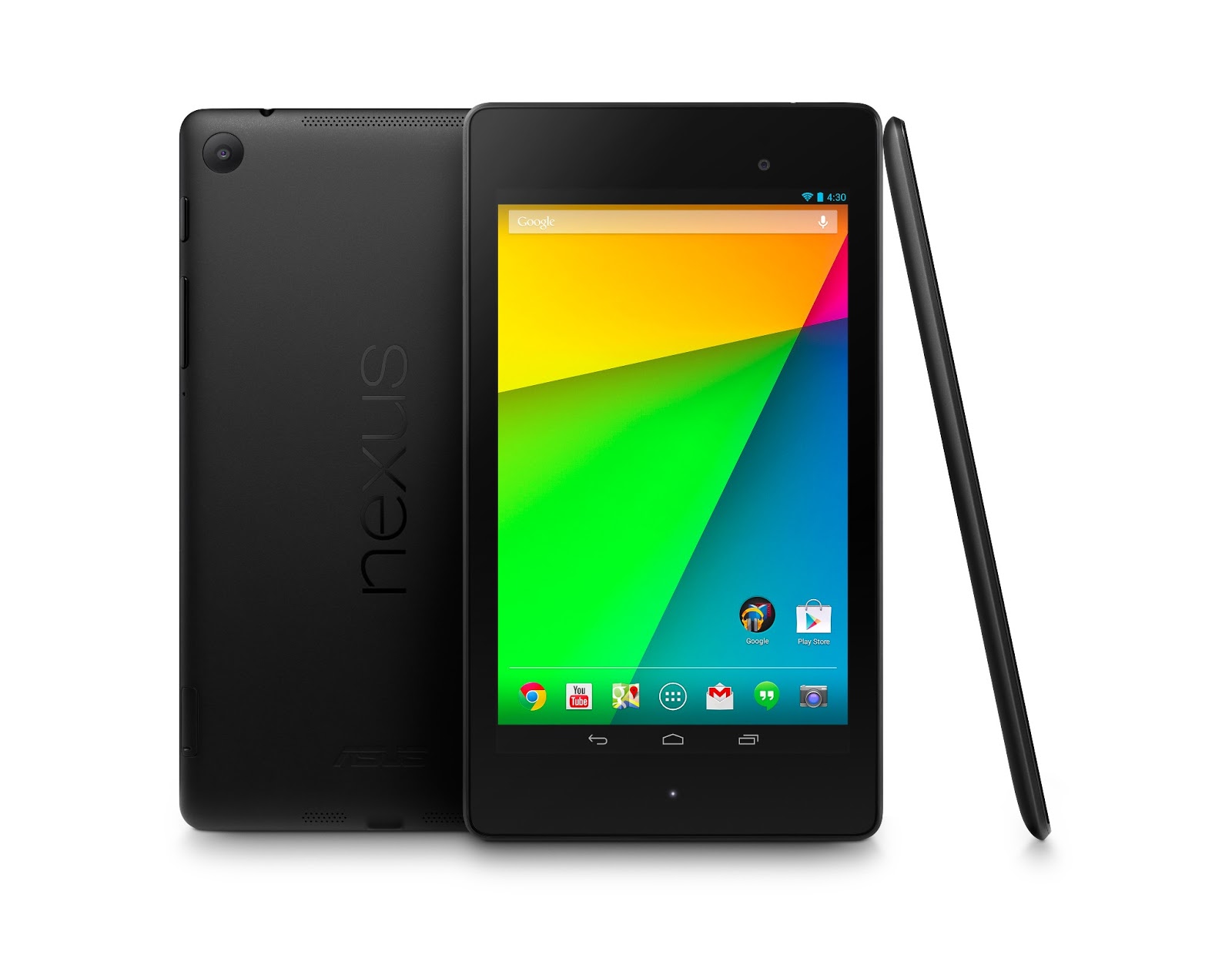 Google recently launched an updated version of its Android-powered Nexus 7 tablet. The existing Nexus 7 will be discontinued and replaced by three new Nexus 7 SKUs. The updated tablets are slightly thinner and lighter, come with improved hardware specifications, and will come with Google’s latest Android 4.3 “Jelly Bean” operating system.

The updated Nexus 7 features a 7” touchscreen display with a resolution of 1920 x 1200 which works out to 323 pixels per inch (PPI) and front-facing HD webcam on the front of the device. The back of the tablet hosts a 5MP camera and a smooth soft touch cover. A micro USB port is located on the bottom edge. Google has added stereo speakers located on the top and bottom of the tablet.

Internal specifications include a quad core Qualcomm Snapdragon S4 Pro processor clocked at 1.5GHz, 2GB of RAM, and either 16GB or 32GB of storage depending on the specific SKU. There is no SD card slot on the Nexus 7, unfortunately. Additionally, the Nexus 7 will support 802.11 a/b/g/n Wi-Fi on both the 2.4GHz and 5GHz bands, Bluetooth 4.0, and Qi wireless charging. Google will have both Wi-Fi only and LTE models, with the latter coming with 32GB of internal storage and a 4G LTE cellular radio compatible with all the major US carriers.

The chart below compares the specifications of the original Nexus 7 to the updated Nexus 7 tablet.

Google has continued its partnership with Asus and worked with the hardware company to develop the updated Nexus 7 tablets.

The Nexus 7 will be available in the US starting on July 30. It will be rolled out to other countries over the next few weeks including Australia, Canada, France, Japan, Germany, UK, South Korea, and Spain among others.

In all, I think Google has another winner on its hands with the updated Nexus 7.