Retro hardware is so much fun.  Today we have the Asus P2B, and while it was not a game changer for the time, it was a popular board.  This popularity sprang from its excellent compatibility with older Pentium II processors and a wide variety of AGP cards.  It was one of the last series of boards that Asus released that did not feature the jumperless BIOS options that we take for granted these days.

There are some things that really spring out when looking at the board.  Having 3 ISA slots seems pretty much overkill as most people used perhaps two of them (modem and sound card), but I can see this being popular with people who also utilize older SCSI cards (such as those used with scanners of the time).  Having 3 ISA meant that there were only 4 PCI slots.  Remember, ISA and PCI slots situated next to each other would share the same backplate slot, so PCI and ISA could not be used adjacent to each other.  Remember as well that we often saw issues with the first PCI slot as it shared resources with the AGP slot.  This essentially gives only two usable PCI slots if a user was full up on ISA cards.

The board features 3 DIMM slots at a time when it was popular to use a buffer chip to allow up to four DIMM slots.  These buffer chips were often a big performance hit in memory operations and they quickly fell out of favor with most enthusiasts and power users.  Having 3 DIMM slots did lower the maximum potential installed memory, but not by all that much.  The performance benefits of slightly less memory but better performance often outweighed having that fourth DIMM. 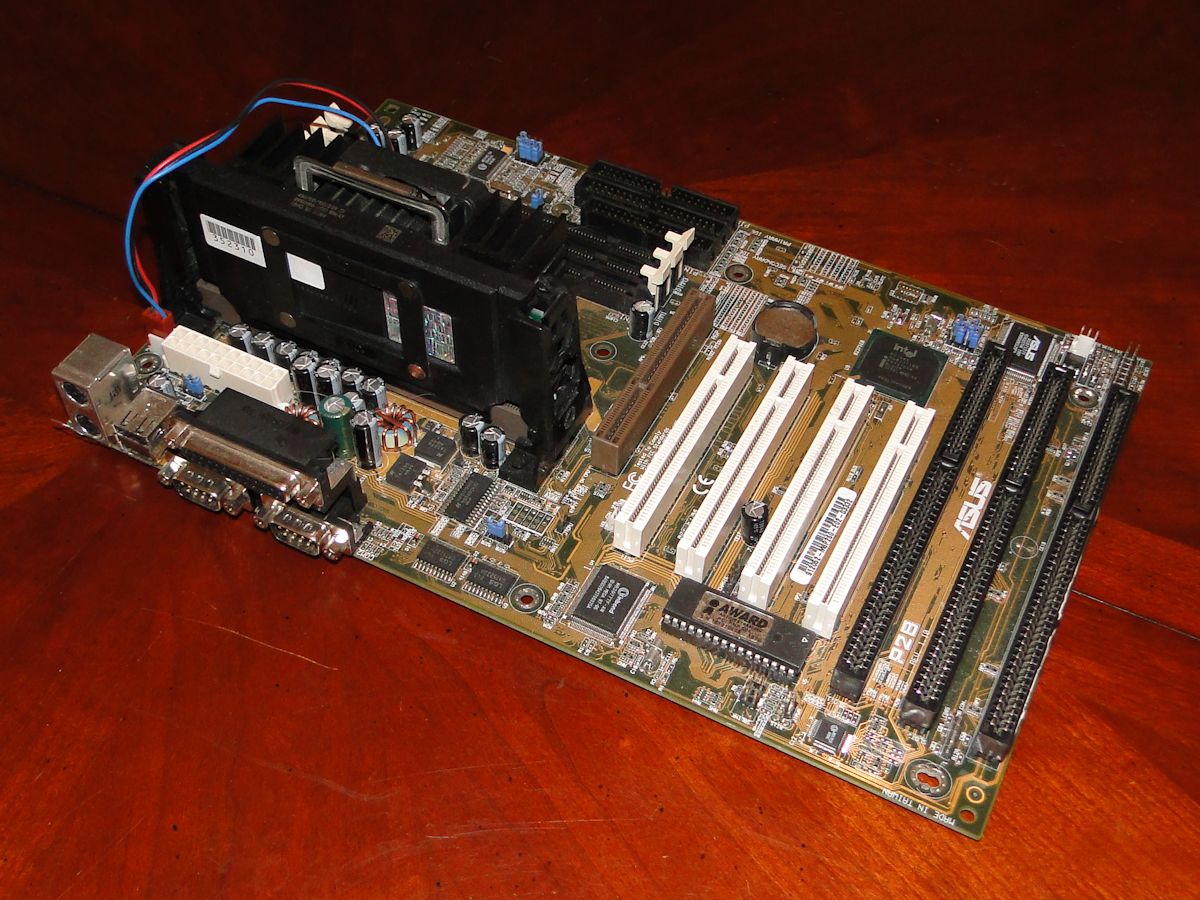 These old boards look so bare even compared to current low-end motherboards.  Excellent for someone who needs two serial ports, though!

The BX boards supported the 100 MHz bus speed for the latest Pentium IIs and upcoming Pentium !!!s.  This particular board was quite popular with people that had older Pentium IIs with the 66 MHz FSB.  Running these at 3 x 100 or 3.5 x 100 would give a nice overall boost for these aging processors.  Users who were early implementers of Pentium II CPUs were stuck with the old 440FX chipset which did not feature SDRAM or AGP support.  This would have been a nice upgrade in performance and functionality for those users as they could pop in their Pentium II 266 or 300 and tweak their way to performance nirvana.

This board was released before we saw the change to the colored peripheral connections, so every plug on the back of the board is black.  Color coding was for wimps anyway.  It also does not include integrated sound.  So there goes one of those ISA slots.  Users of the time would have probably installed a soundcard, modem, PCI Ethernet card, and their AGP card.  So where would the Voodoo 2 go?  How about two of them?  Things would get awful crowded very quickly. 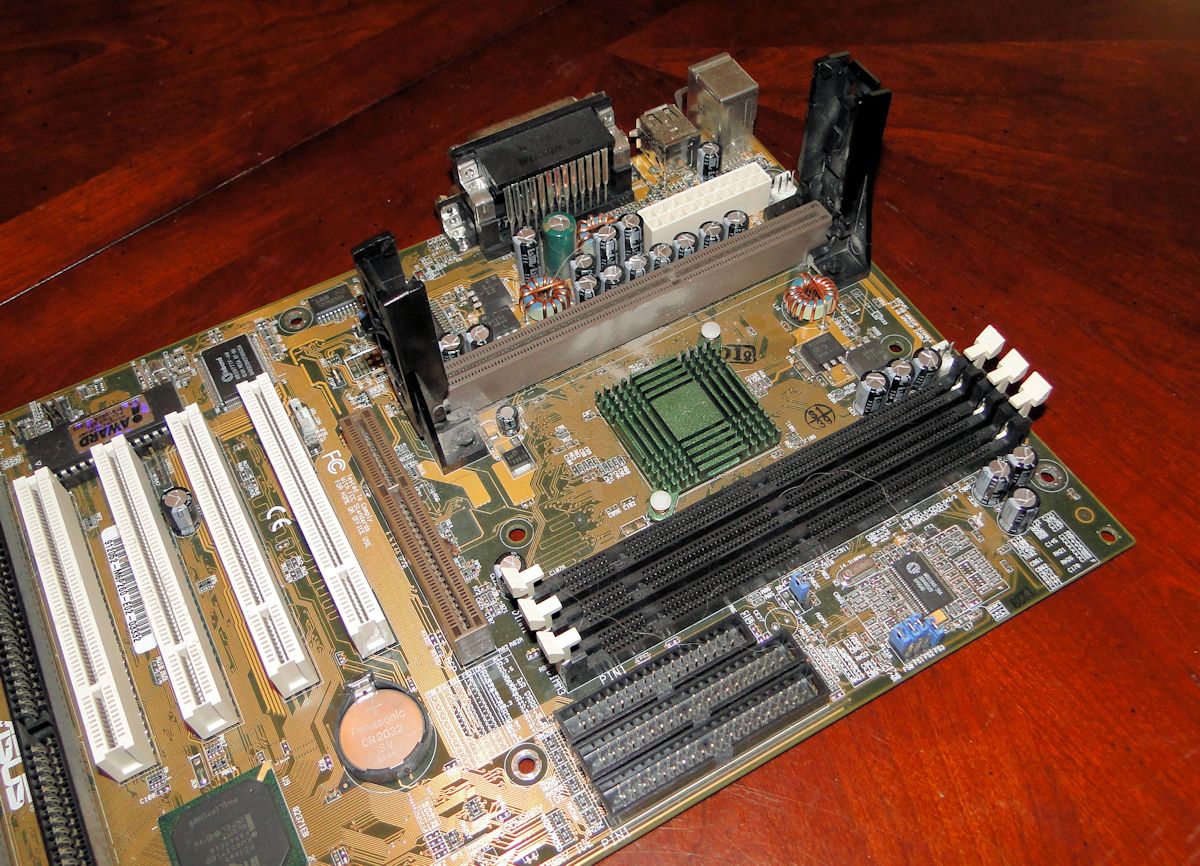 That dust may or may not have been deposited around 1999…

The AGP support on these boards was of course excellent.  That is primarily because Intel was the main driver of the specification and everyone else developed their cards to run in these slots.  VIA, SiS, and others of course had compatibility issues with a wide variety of cards.  This is why we saw other folks like 3dfx make their products run at below AGP specs.  For instance, the Voodoo 3 was essentially a PCI 66 MHz device in the AGP slot.  This disabled features like sideband addressing and reading textures from main memory.

This was still a popular board even in the face of competition with superior features.  The Asus brand and name goes far.  Plus it was a fast board for the time that was a bit no-frills.  Recipe for success?  I guess so.  This particular board and CPU were running in a homebuilt server for around 10 years until it was replaced.  I guess it was money well spent.