The GPU Midrange Gets a Kick

The sub-$200 market features some compelling offerings from both camps

I like budget video cards.  They hold a soft spot in my heart.  I think the primary reason for this is that I too was once a poor college student and could not afford the really expensive cards.  Ok, so this was maybe a few more years ago than I like to admit.  Back when the Matrox Millennium was very expensive, I ended up getting the STB Lightspeed 128 instead.  Instead of the 12 MB Voodoo 2 I went for the 8 MB version.  I was never terribly fond of paying top dollar for a little extra performance.  I am still not fond of it either.

The sub-$200 range is a bit of a sweet spot that is very tightly packed with products.  These products typically perform in the range of a high end card from 3 years ago, yet still encompass the latest features of the top end products from their respective companies.  These products can be overclocked by end users to attain performance approaching cards in the $200 to $250 range.  Mind, there are some specific limitations to the amount of performance one can actually achieve with these cards.  Still, what a user actually gets is very fair when considering the price.

Today I cover several flavors of cards from three different manufacturers that are based on the AMD HD 7790 and the NVIDIA GTX 650 Ti BOOST chips.  These range in price from $129 to $179.  The features on these cards are amazingly varied, and there are no “sticker edition” parts to be seen here.  Each card is unique in its design and the cooling strategies are also quite distinct.  Users should not expect to drive monitors above 1920×1200, much less triple monitors in Surround and Eyefinity.

Now let us quickly go over the respective chips that these cards are based on.

The 650 Ti Boost is an interesting little update to the GTX 650 line.  The original GTX 650 was based on GK107, which is something of an underpowered chip for the market that it was originally meant for.  It was often quite a bit slower than the competing HD 7770 and 7750 products, but was priced in the same area.  NVIDIA took the criticism to heart and released the GTX 650 Ti which is based on the GK106 chip, which is significantly beefier (and has a correspondingly larger die size).  The 650 Ti was somewhat limited by the 128 bit memory bus, but it was a much better performing product and a better fit in the price range.

The 650 Ti Boost takes things to another level.  It is still based on the GK106 chip, but it features the entire 192 bit memory bus running high speed GDDR5 memory.  The GK106 features 3 GPC units and a possible 960 CUDA cores.  The 650 Ti Boost is a bit of a mix and match product in that it either has 3 GPCs active or 2.  One SMX unit is going to be disabled though, so each 650 Ti Boost will feature a maximum of 768 CUDA cores.  Sound confusing?  Well, it really isn’t.  NVIDIA is disabling portions of the GPU to fit the price point and potentially utilize dies that are not fully functional or hit the necessary TDPs for certain designs.

Overall this is a significant improvement in performance for NVIDIA at this price point.  It does make it not only more in line with the competition, but it provides a good leg up for not a whole lot more money.  There is a bit of a caveat though; this performance does come at a price.  That price is power consumption and potential heat production.  Heat can be controlled by a better thermal solution, and when we consider that the card has a 140 watt TDP it seems pretty manageable.  The power is something that cannot be gotten around when looking at the competition.  Still, this is a far cry from the 195 watts of the GTX 680, or the 225+ watts of the HD 7950 and 7970 parts. 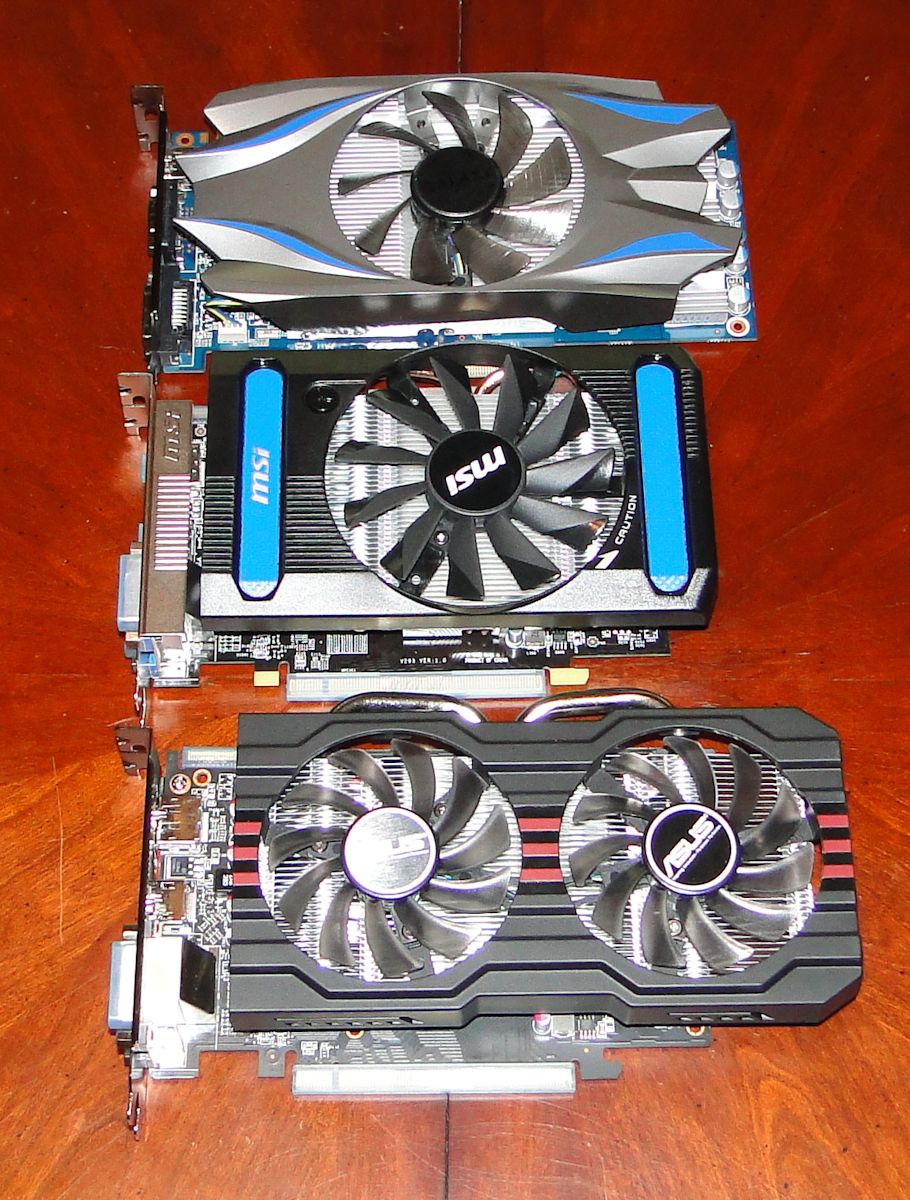 I do find it interesting that the Kepler architecture is so efficient at the high end, but when we go down to the midrange and budget levels that efficiency somewhat goes away.  Performance scales oddly with the mixture of GPCs and SMXs, and power efficiency at these levels does not match up well with what AMD has (which is exactly the opposite situation at the high end of the spectrum).  These are all obviously considerations for users, but I would not call a card with a 134 watt TDP to be excessive by any stretch of the imagination.  Users will be far more interested in price/performance at this level than they will be with power/heat/performance.

It is no secret that AMD had a real issue with its midrange offerings.  The HD 7750 and 7770 are good cards for the price, but the performance void between these products and the HD 7850 is quite large.  This also was very apparent when looking at the mobile market as well.  AMD needed something to slot in between that would take the best, low power aspects of the 7770 and combine it with some of the performance characteristics of the 7800 series.  The HD 7790 was born about a year after AMD had released their initial 7000 series midrange offerings for the discrete graphics market.

The “Bonaire” chip is somewhat unique in that there is only one board SKU that utilizes it on the desktop.  When we look at the 7750/7770, 7850/7870, and 7950/7970 they all share the same chip, but with portions disabled.  The HD 7790 stands alone as being the only desktop SKU that utilizes the “Bonaire” chip.  While we could theoretically see a 7780 utilizing this design, it is highly unlikely due to the already highly compressed market segment that this card sits in.

The HD 7790 features 14 CUs (compute units) which contain a total of 869 stream processors.  If there was one weakness to this chip, it would be that it utilizes a 128 bit memory bus.  This limits it to 16 ROPS and at 6 GHz (effective) memory speed a fairly mediocre 96 GB/sec of bandwidth.  On the plus side it does have 56 texture units and it has the same 2 primitives/clock that the higher end GCN based chips support.

This is not a large chip, and the GCN architecture seems to scale nicely in terms of performance and power consumption.  The HD 7790 is rated at 85 watts TDP, which is a full 55 watts less than the GTX 650 Ti Boost.  The overall shader count and performance is a lot closer to the HD 7850 than it is to the HD 7770, but it is only 5 watts higher in TDP than the HD 7770.  The board supports a maximum of 150 watts with its single PCI-E power 6 pin connection, and while power consumption and TDP are not the same, it does appear that we have a lot more room to play with when it comes to overclocking.