The HD 7790 cards both were able to overclock to 1200 MHz core without the addition of any voltage and with the power setting put to + 20%.  This leads to a nice bump in overall performance, especially for the MSI board since it was not so aggressively overclocked in the first place.  Power consumption went up around 10 watts at load.  In other words, there is no reason whatsoever to not overclock these cards.  They will not produce an excessive amount of heat, they will not impact the monthly power bill to any significant degree.  I did not see any throttling of clockspeeds or a degradation of performance from run to run when overclocked.  These were amazingly easy cards to overclock. 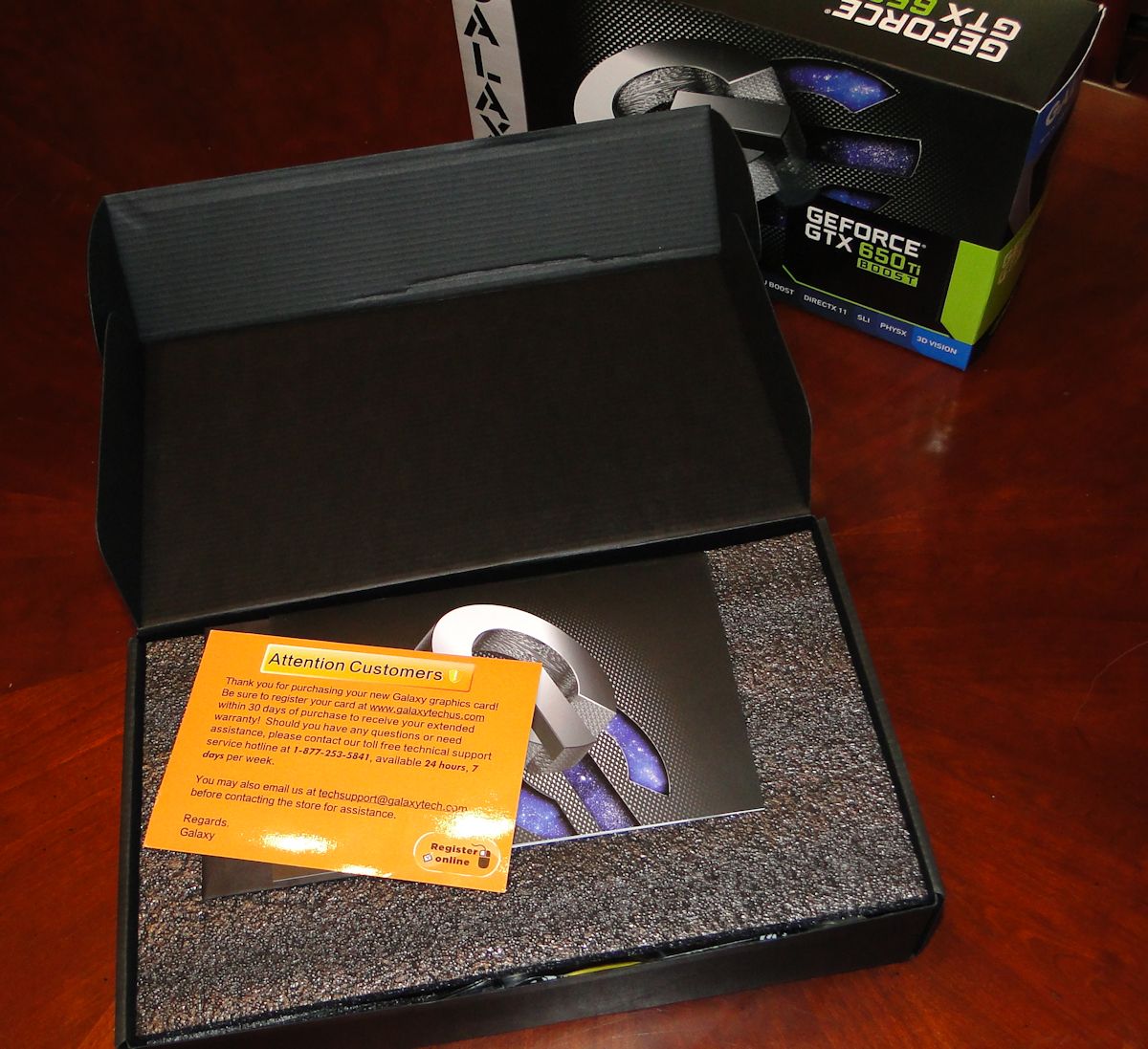 The GTX 650 Ti BOOST is another story.  I used the Galaxy overclocking utility for this particular exercise as the card was not recognized by Afterburner or GPU Tweak (not surprising).  It also was not recognized by the latest Precision X that I had in my possession.  Once that was installed and the machine rebooted, the card was recognized by the software.  This is a relief, as sometimes these programs are not updated quickly and overclocking can be troublesome then.

Everything seemed fine with the base core clock cranked to 1200 MHz with the memory at 1600 (6400 effective).  Upon further inspection, it looks as if the card was throttling itself pretty dramatically.  Like other reviewers, I found that by lowering the memory speed throttling would decrease.  I finally was able to settle upon a base clock of 1110 MHz and a memory speed of 1550 MHz (6200 effective).  The core would boost up to around 1200 under certain conditions and the video card seemed stable without throttling excessively under load.

This was a pretty big jump for this card and we see some positive improvements in performance.  We also see that power will increase by around 20 to 30 watts at the wall.  The card also becomes quite a bit noisier at these speeds and under load.  Still, I was quite pleased by how this card reacted to overclocking.