Since MSI starting in the video card business, they have been very aggressive with their pricing and designs.  They seem to have a three tier setup for their products.  The first tier is the simple sticker edition of the video card offered at a very low price.  The second tier is to utilize the same overall PCB design and component choices, but integrate their own higher performance fan design.  The final tier is a fully custom PCB design with high end components topped off with a slightly more aggressive heatsink/fan design than the previous tier. 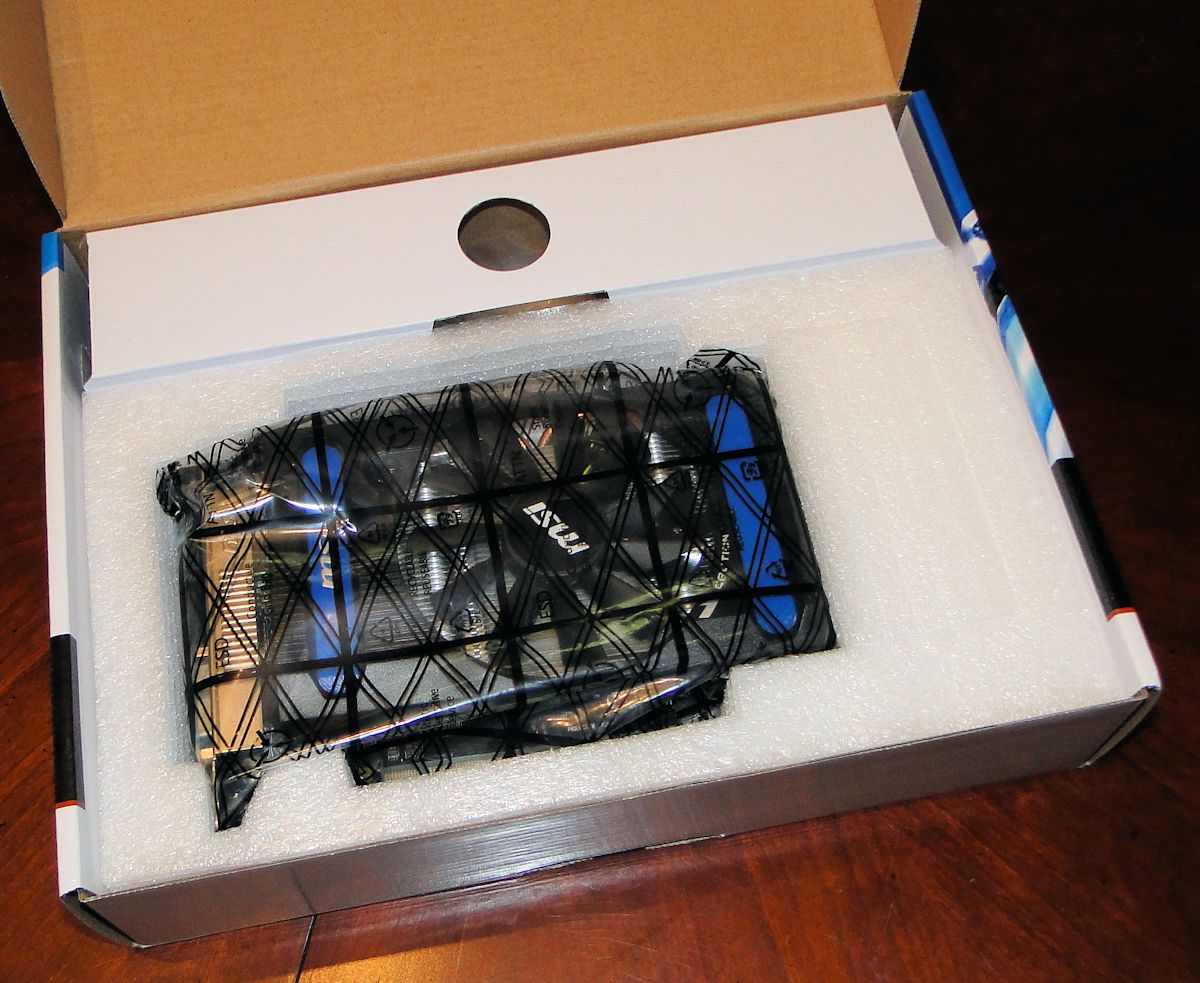 This particular model appears to have a “mostly” reference PCB design.  There are some small changes here and there, but for the most part it is nearly identical to other products out there.  It is a very short card with the single 6 pin power connection sticking out the top of the card.  The back plate features two DVI, one DisplayPort, and one HDMI outputs.  There is a grill cutout at the back to allow for airflow from the GPU. 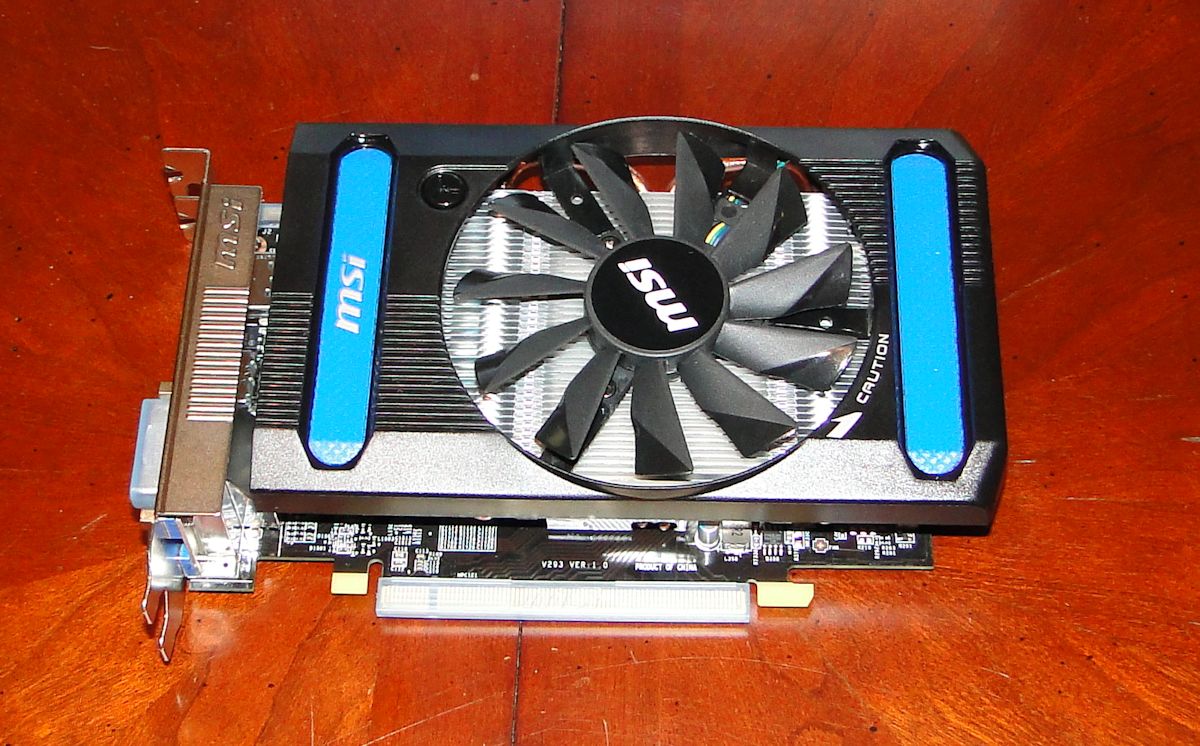 The heatsink and fan are of course the main features of this particular card.  There is a single, large 100 mm “propeller blade” design patented by MSI.  This blows directly onto an aluminum heatsink that has thinner fins that are more densely packed than what we saw on the Galaxy card.  This heatsink also features two copper heatpipes that are in direct contact with the GPU to help distribute the heat more evenly through the heatsink.

Component choices throughout the board are above average and they do conform to MSI’s Military Class III components designation.  This is not a great concern due to the lower power nature of this card as compared to those that are more directed towards the hard core/overclocking crowd.  Even when overclocked to the maximum allowed limits, this card is not going to require more power or more cooling than it already has.  More on that later.  What is the most likely benefit is a cool running, long lifespan video card with a limited chance of component failure. 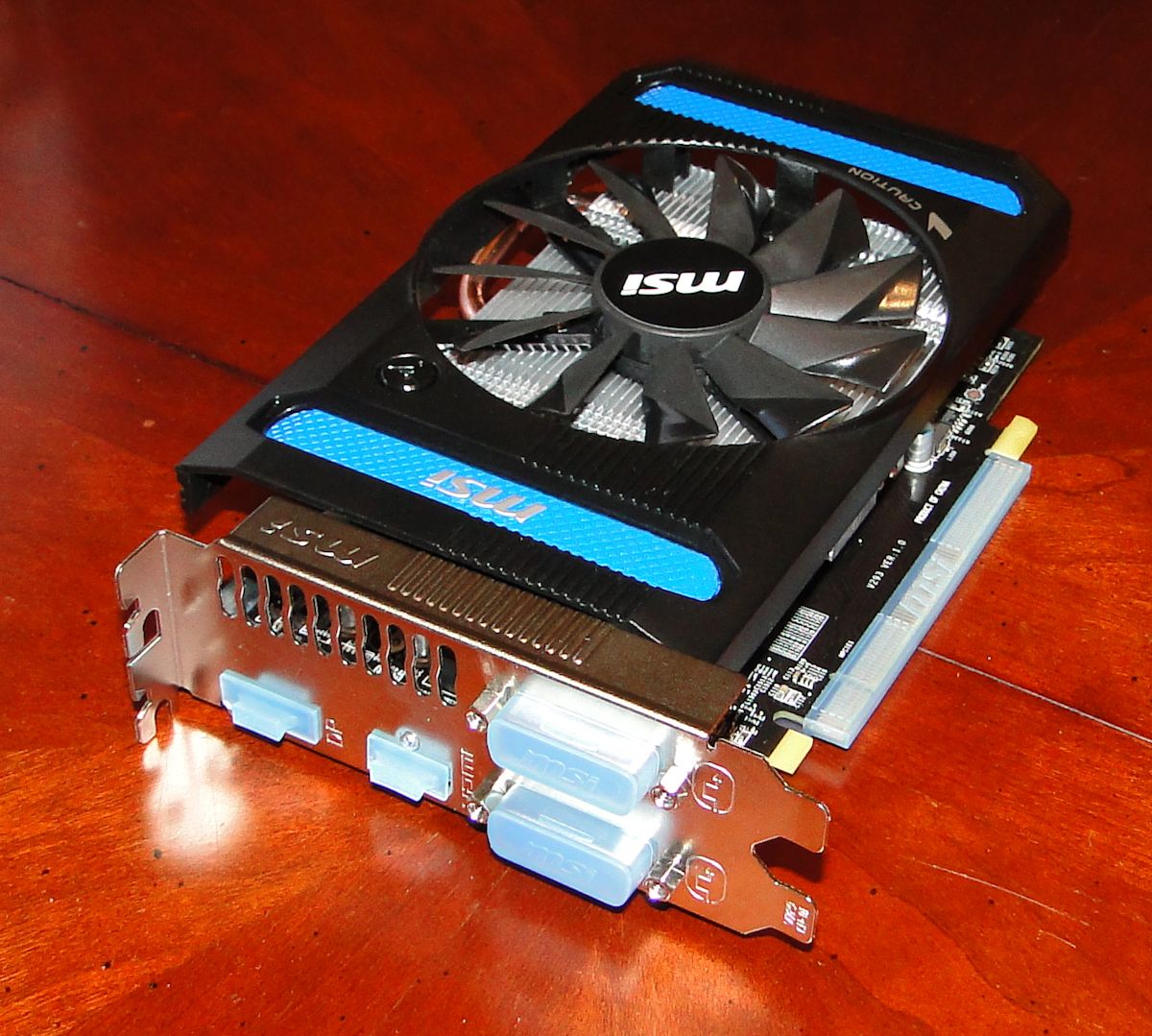 MSI’s Afterburner software includes support for this card, and it is one of the better utilities out there.  It is highly configurable and is not an eyesore when running on the desktop.  This particular model is slightly overclocked from stock speeds.  It is running at a core speed of 1050 MHz with the memory chugging along at 1500 MHz (6000 effective).  This again gives it 96 GB/sec of memory bandwidth.  It would have been nice for MSI to increase the memory speed, but that is easy enough to do through Afterburner. 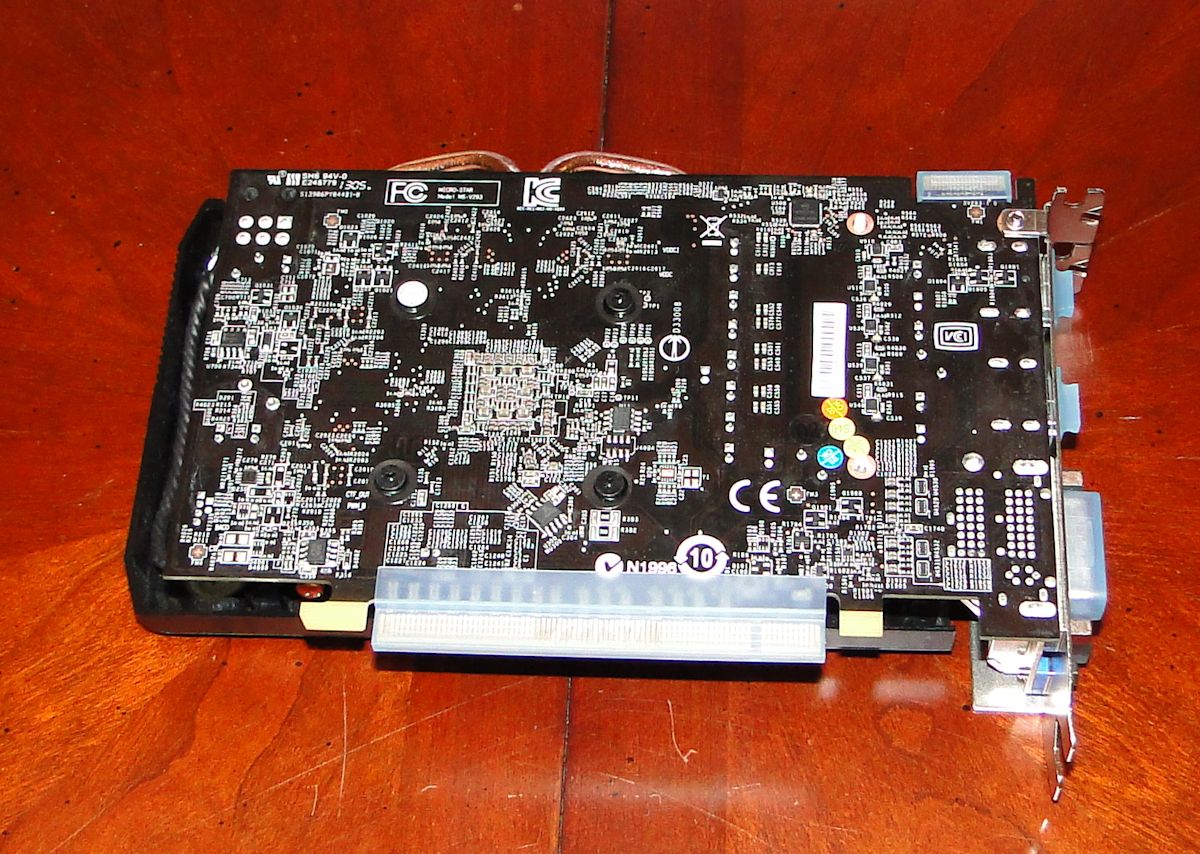 MSI offers a 3 year warranty with their entire line of graphics cards.   The bundle is slightly more than basic in that it not only includes a manual, driver/utility disk, and a power cable, but MSI also throws in a DVI to VGA adapter.  Not overwhelming by any stretch, but I like the output setup more than what Galaxy offered with that particular GTX 650 Ti BOOST.  This card is currently retailing for $129.99, which is $20 cheaper than the official MSRP.  We can probably expect other 7790 cards to start going down in price, but for now this is one of the cheaper offerings on the market.