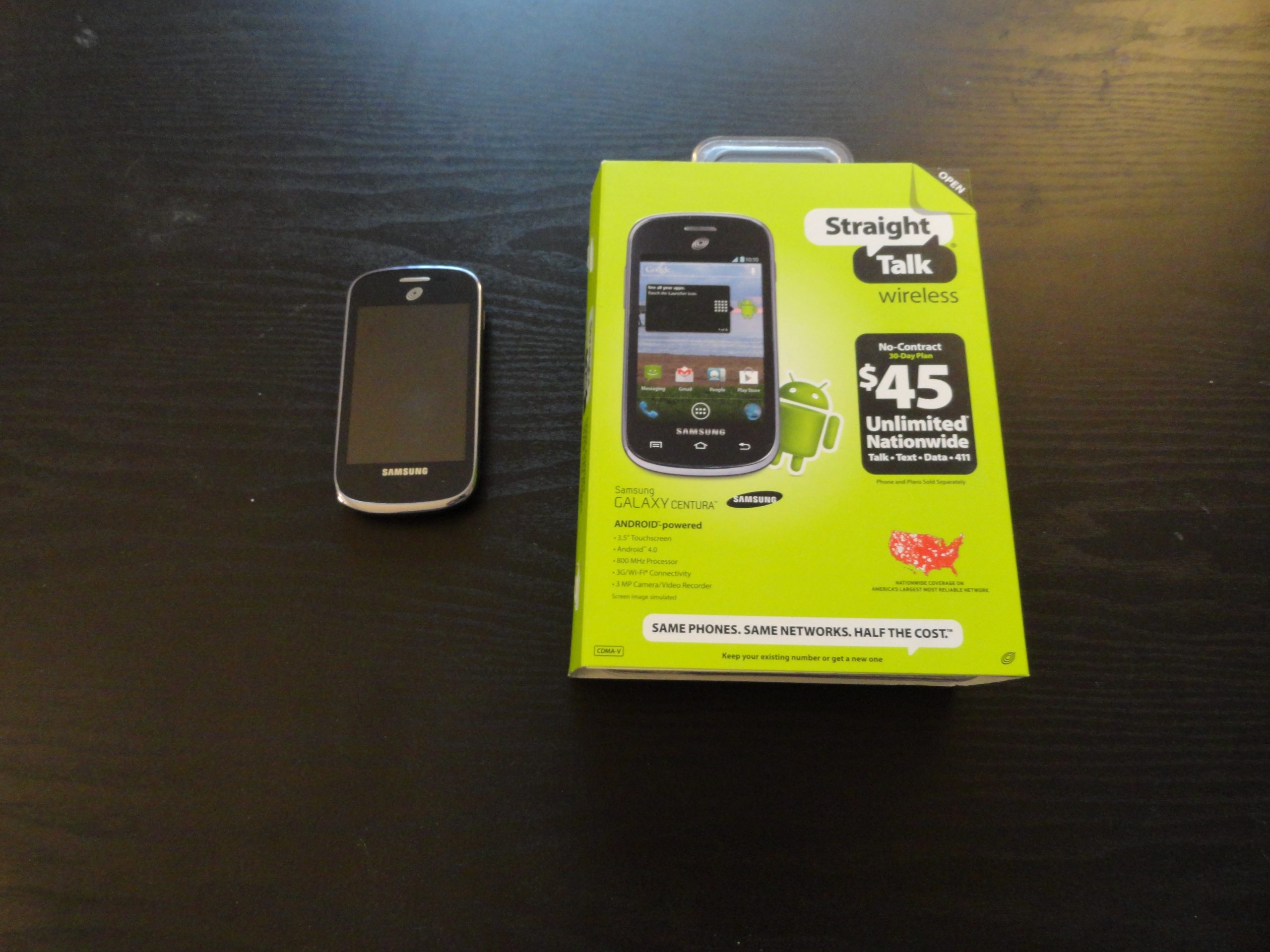 Find the Galaxy Centura on Amazon!

I recently decided to move away from AT&T and try out a Straight Talk plan on the recommendation of friends. Moving to Straight Talk also meant getting a new phone though, because when I went to Straight Talk last month AT&T compatible SIM cards were still not available.

Long story short, I ended up getting the Samsung Galaxy Centura smart phone and Straight Talk's $45/month no-contract offering, which is around half of what I was paying AT&T! The phone itself cost $100.

The Samsung Galaxy Centura is a smartphone that operates on Verizon's network and runs Android 4.0.4. Not the latest and greatest Android, but Samsung has not "blessed" the phone with its TouchWiz UI and it is a nice step up from the Samsung Infuse 4G's Android 2.3 OS that Samsung never bothered updating further (heh).

The Samsung Galaxy Centura is model number SCH-S738C (GP). It measures 4.44" (H) x 2.4" (W) x 0.45" (D) and weighs 4.4 ounces. The front of the phone features a 3.5" 262K TFT touchscreen with a resolution of 320 x 480. A small speaker grill and Tracfone logo sit at the top, while a Samsung logo and three capacitive buttons sit below the screen. The buttons are menu, home, and back. The front of the phone is black and surrounded by a glossy blue bezel that also matches the battery door. 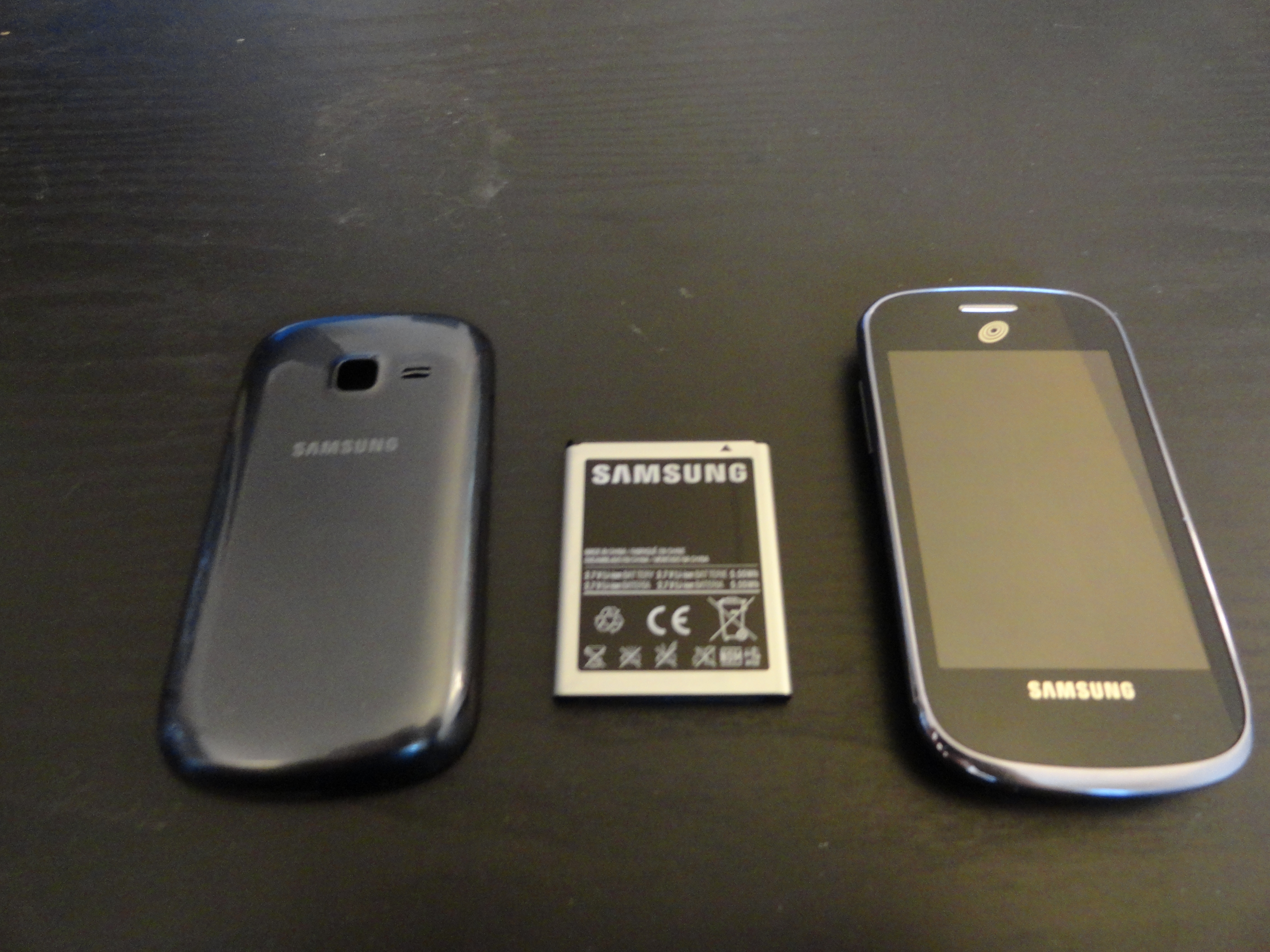 The back of the phone has another Samsung logo, a speaker grill, and a 3MP camera capable of shooting 3MP stills and 640 x 480 video. The back of the phone comes off and doubles as the battery door. Samsung has put several clips along the edges to hold it in place, and may actually be a bit too secure as it can be hard to get the door off.

A standard 3.5mm headphone jack is located along the top edge of the phone, a power button is located on the right side, and two volume buttons are located on the left edge. The bottom edge includes a micro-USB connector.

Internally, the Galaxy Centura features a Qualcomm MSM7625A SoC with a single core Snapdragon S1 processor (45nm, Cortex-A5) clocked at 800 Mhz, an Adreno 200 GPU, and a CDMA cellular radio. Additionally, the SoC is paired with 512MB of RAM, 4GB of internal storage (expandable via a microSD card under the battery door), and a decent 3.7V, 5.55 Wh, 1500 mAh battery. Other internal hardware includes an accelerometer, GPS, Bluetooth radio, and Wi-Fi radio. I am not as familiar with CDMA as GSM, but the Centura operates on Verizon's equivalent to AT&T's 3G network for data and vocie (though not at the same time). It is currently connected to Verizon's EVDO Rev. A:8 network. As far as network data speed, the fastest results I have been able to get, as measured by speedtest.net, are 1,276 kbps down and 487 kbps up. 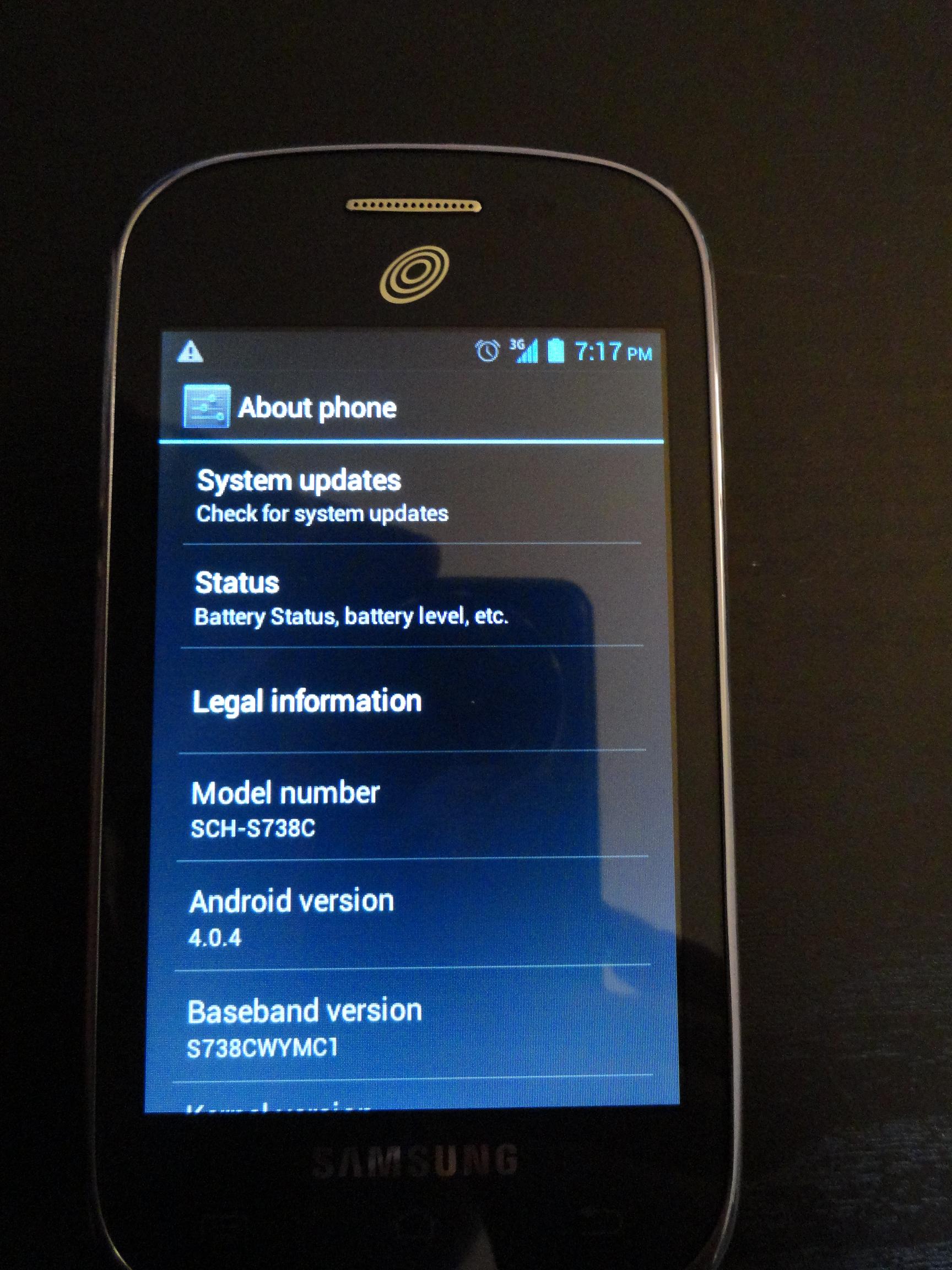 While it had no problems running Android games at decent frame rates, 3DMark mobile pushed it to its limits. It scored 536 in the Ice Storm benchmark and 281 in the Ice Storm Extreme benchmark, for example. Unfortunately, this 3DMark app was not available when I had the Infuse 4G so I am not able to offer up comparison results.

Now that the specifications and pricing is out of the way, I can talk a bit about first impressions. I have been using the smartphone for a couple of weeks now, and it is a fairly solid device, especially considering the price of the hardware (and the monthly plan is cheap too). It is noticeably slower at some tasks than my old Samsung Infuse, but that is to be expected with slower-clocked hardware. With that said, performance was actually much better than I expected it to be. The phone is able to run apps and games without issue, though when multi-tasking the game frame-rate starts to dip. Switching between applications (especially with a game running) is not as snappy as with my Infuse, but not terribly slow either. I'm not sure if it's the newer version of Android or not, but the software side of things seems to work well on this hardware. 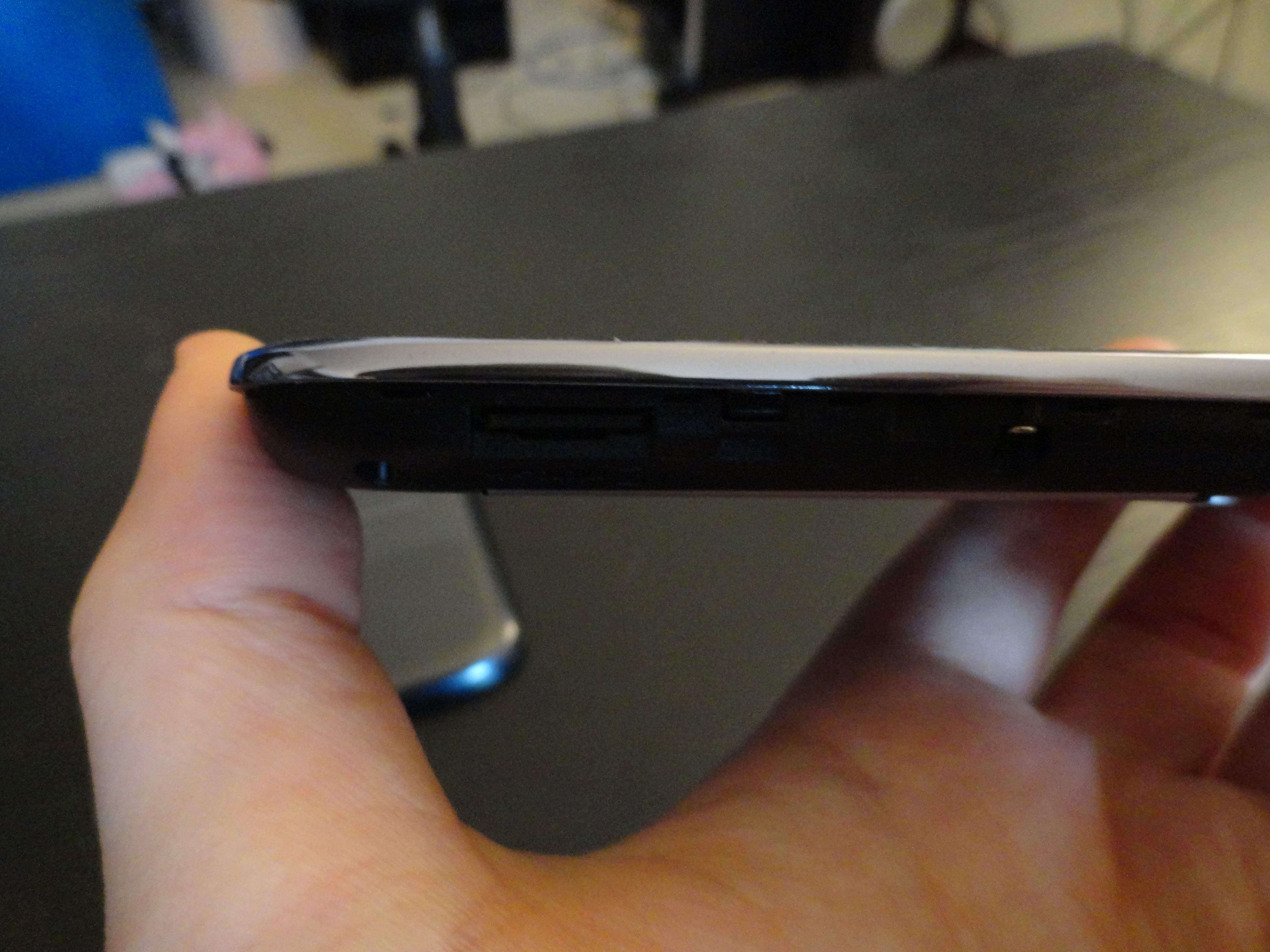 The physical smartphone is plastic, but it feels well built. Admittedly, I have dropped my new phone quite a few more times than I would have liked (heh), but it has held up really well. It has not yet gone plastic to concrete yet though. Dropping it on tile and carpet has not caused any issues, however. When holding the phone and using the touchscreen, there is no creaking of the battery door and it seems to stand up to pressure without problems. With that said, I do have one complaint about the physical hardware, and that is that when holding the phone in the landscape position, the end of the back cover next to the speaker grill gives too much and makes a creaking noise when pressed in (say, when playing a racing game). That is the only area that exhibits that issue, however. It is likely due to the fact that Samsung carved out a bit internally for the microSD card and speaker underneath the back cover on the phone itself whereas the rest of the phone's back cover fits snugly to the back of the phone.

Overall, I'm happy with the phone, it gets excellent signal where I live now and is a good Android (albeit 4.0.4) experience for only $100 for the hardware. If you are off contract right now and thinking about switching to one of the many MVNOs (and live in an area with good Verizon coverage), I'd recommend trying out the Samsung Galaxy Centura from what I've experienced thus far. It is not the latest or fastest hardware by far, but it has great price/performance.