NVIDIA has announced that its Shield gaming portable will begin shipping on July 31. The portable gaming console was originally slated to launch on June 27th for $349 but due to an unspecified mechanical issue with a third party component (discovered at the last minute) the company delayed the launch until the problem was fixed. Now, it appears the issue has been resolved and the NVIDIA Shield will launch on July 31 for $299 or $50 less than the original MSRP. 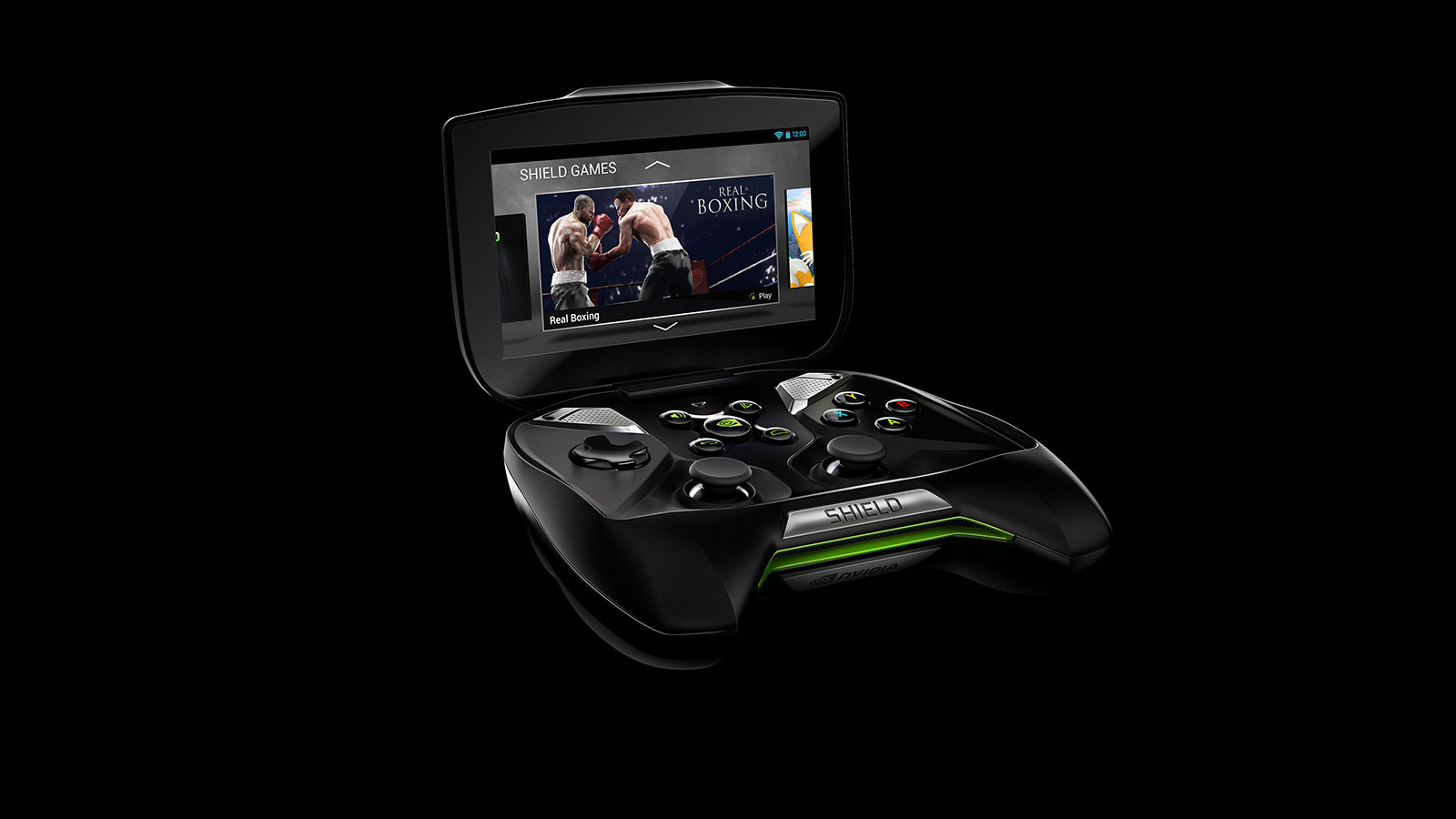 As a refresher, Project Shield, or just Shield as it is known now, is a portable game console that is made up of a controller, mobile-class hardware internals, and an integrated 5” 720 touchscreen display that hinges clam shell style from the back of the controller.. It runs the Android Jelly Bean operating system and can play Android games as well as traditional PC games that are streamed from PCs with a qualifying NVIDIA graphics card. On the inside, Shield has a NVIDIA Tegra 4 SoC (quad core ARM Cortex A15-based CPU with NVIDIA’s proprietary GPU technology added in), 2GB RAM, and 16GB of storage. In all, the Shield measures 158mm (W) x 135mm (D) x 57mm (H) and weighs about 1.2 pounds. The controller is reminiscent of an Xbox 360 game pad.

With the third party mechanical issue out of the way, the Shield is ready to ship on July 31 and is already avialble for pre-order. Gamers will be able to test out the Shield at Shield Experience Centers located at certain GameStop, Microcenter, and Canada Computers shops in the US and Canada. The hardware will also be available for purchase at the usual online retailers for $299 (MSRP).