To differentiate its card, PowerColor is pairing the factory overclocked GPU and memory with a triple fan (four heatpipe and aluminum fin stack) cooler similar in design to the Devil 13’s HSF. The card also features PowerColor’s “Platinum Power Kit” which entails a 7+1+1 power phase with digital VRMs and so-called “Super Capacitors.” PowerColor claims that its triple fan cooler runs 25% cooler and 18% quieter than the reference AMD cooler. 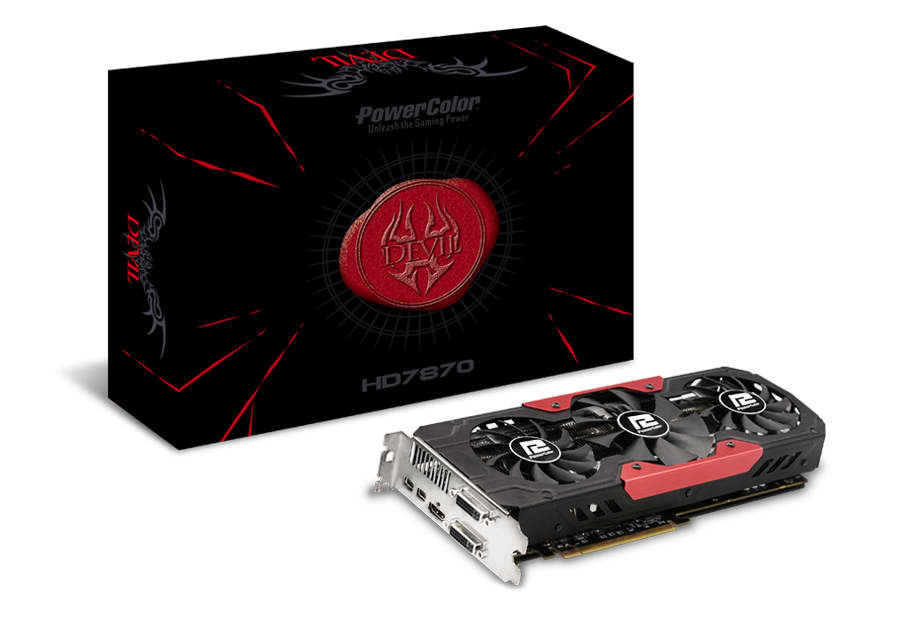 The Devil HD 7870 offers up a DL-DVI, DVI, HDMI, and two Mini-DisplayPort video outputs. It is powered by two 6-pin PCI-E power connectors.

There is no word on pricing or availability, but expect the Devil-branded card to come at a premium (possibly around $270 MSRP).