In much the same way as it was at E3 this year, AMD has plastered themselves all over the show floor at Gamescom 2013 in Cologne, Germany.  The annual game celebration in Europe focuses not just on PC gaming but consoles as well but with AMD APUs at the heart of both the upcoming Xbox One and PlayStation 4, they are about as universal as you can get.

The AMD booth at Gamescom obviously leans heavily on the world of PC gaming with both next-generation consoles not coming until November but the big draw is obviously the Battlefield 4 section that allows gamers to walk up and play.  Due out October 29th here in North America, BF4 is likely to be one the biggest titles of the year available on current consoles, PC and the PS4 and Xbox One.  And though nothing is confirmed it will likely be bundle game for Radeon graphics cards at some point as well…

Much like the Penny Arcade Expo coming up next month in Seattle, Gamescom is an event where the public is invited to get hands on with impressive games and impressive technology without having to filter it through the eye of the media.  AMD showcases unique capabilities of the PC gaming market in the booth as well like the 5-screen Eyefinity configuration seen here DiRT Showdown. 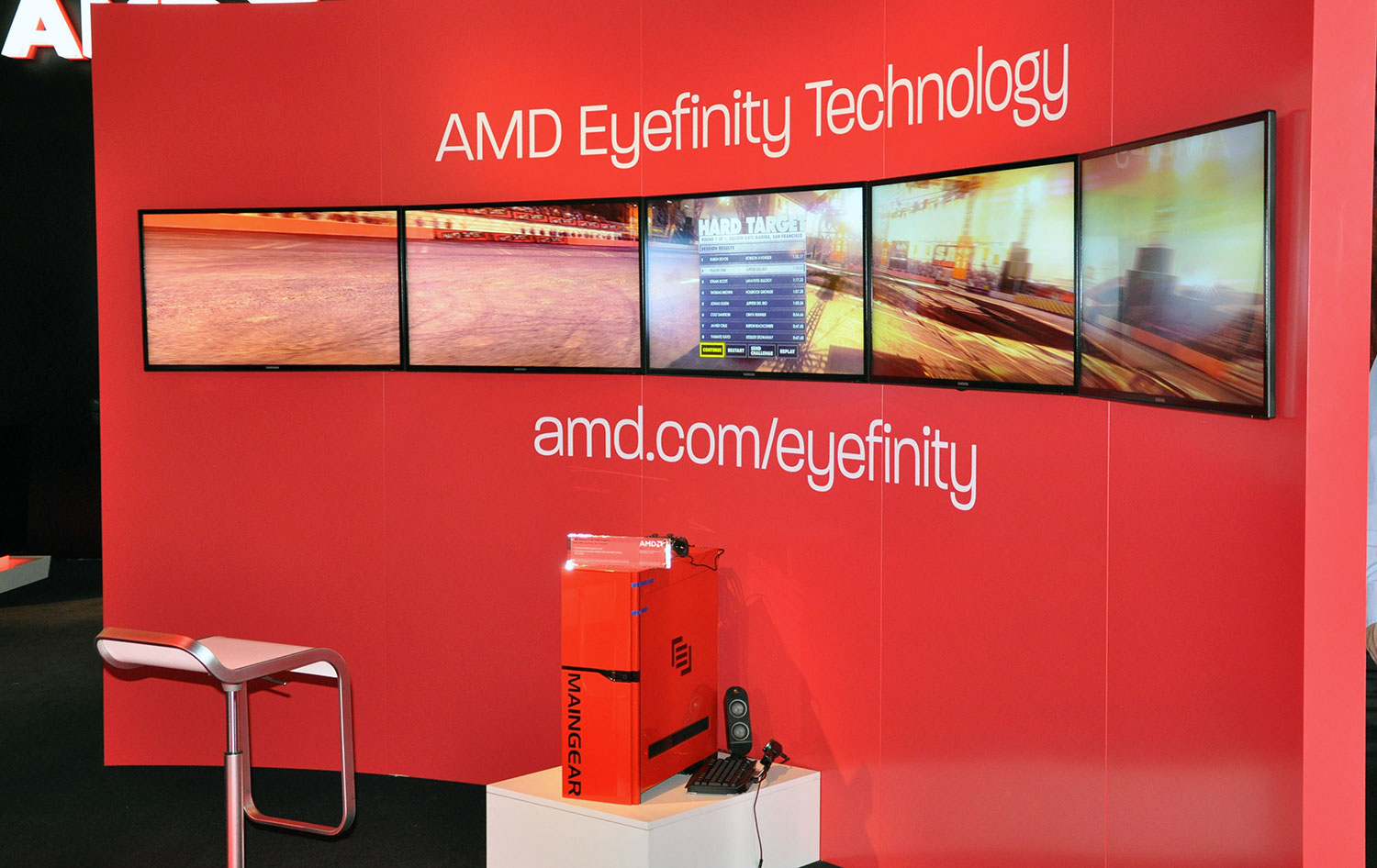 As is usually the case with public events, you're going to meet some interesting characters while you walk around but that is part of the fun!  If you have never attended Gamescom, PAX, Blizzcon, Quakecon or anything like it, I would highly encourage you make plans to do so as it will really revitalize your excitement for gaming!  While shows like CES and Computex drain me of energy, these public-facing experiences are much more spirited. 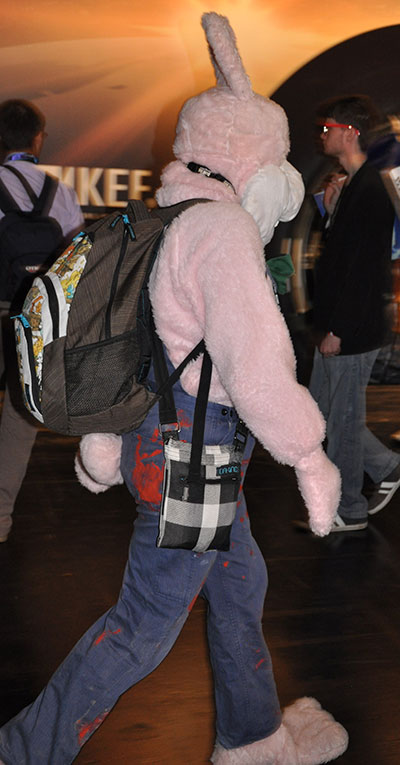 Other booths at the show are also running AMD-powered gaming systems for all of their demonstrations including Gaming Evolved partners like Deep Silver, Square-Enix, EA/DICE and Red5.  If you haven't seen games like Thief or Saints Row IV in action then you are missing out and locals in Cologne still have the opportunity to do so.  AMD claims that all the demo systems running these PC games are Radeon-powered: Battlefield 4, The Sims 4, Firefall, Saints Row IV, Need for Speed Rivals, FIFA 2014, Murdered Soul Suspect, and Final Fantasy XIV. 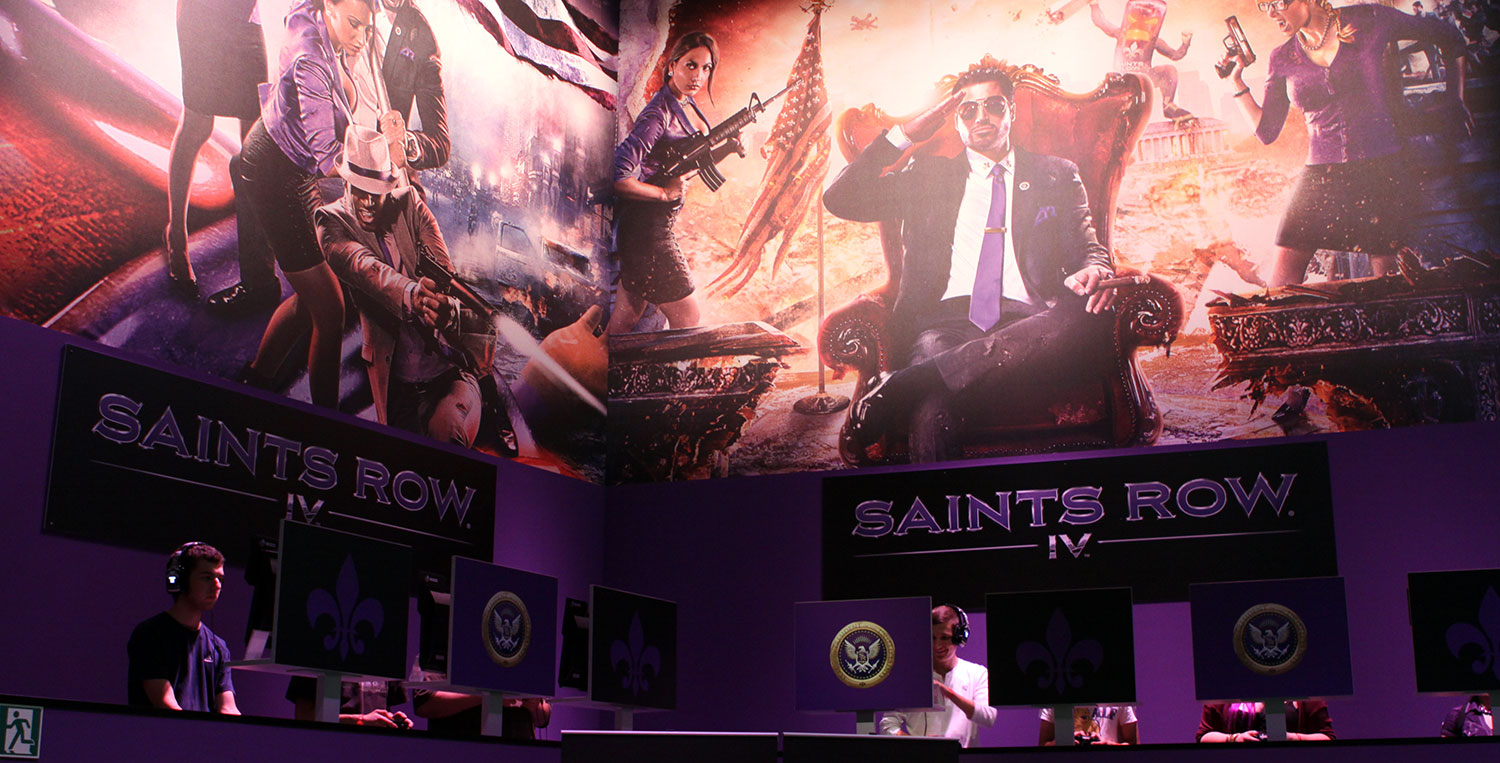 Even with all the other discussion and debate about AMD graphics technologies, the second half of 2013 is going to be incredibly exciting on all fronts!