Another new addition to the benchmark regime!  BI adds all kinds of fancy tricks to the PC to make visuals that are, hyperbole aside, simply stunning.  Or at least new.  It is based on UE 3.0, but still has plenty of bells and whistles to make things look really nice with plenty of interesting effects.  Ultra/DX11/DOF is enabled while using the built-in benchmark. 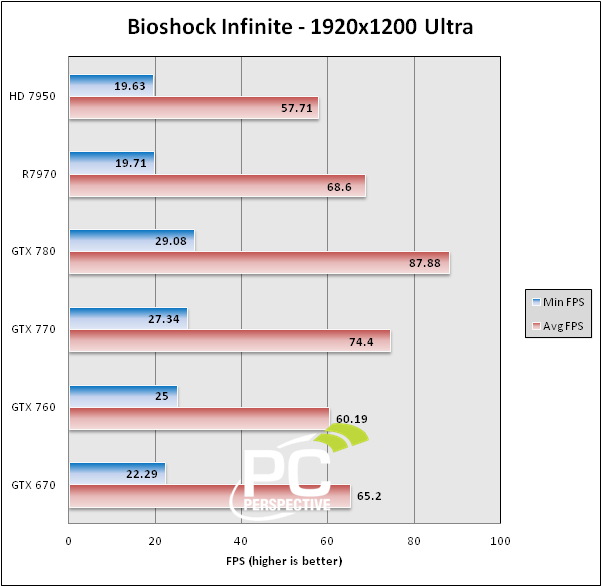 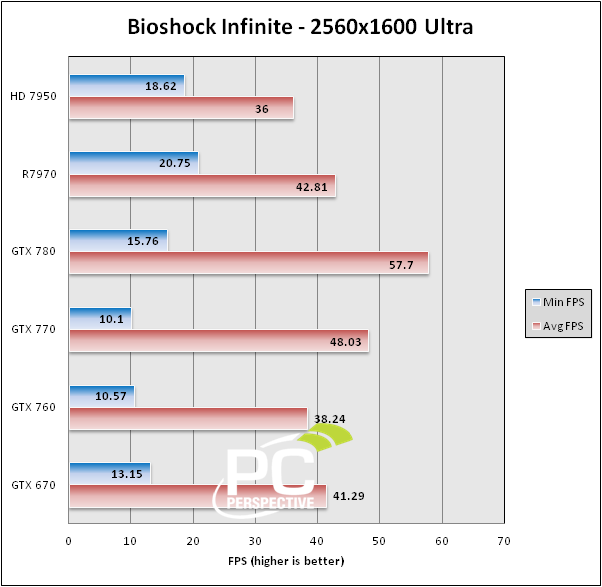 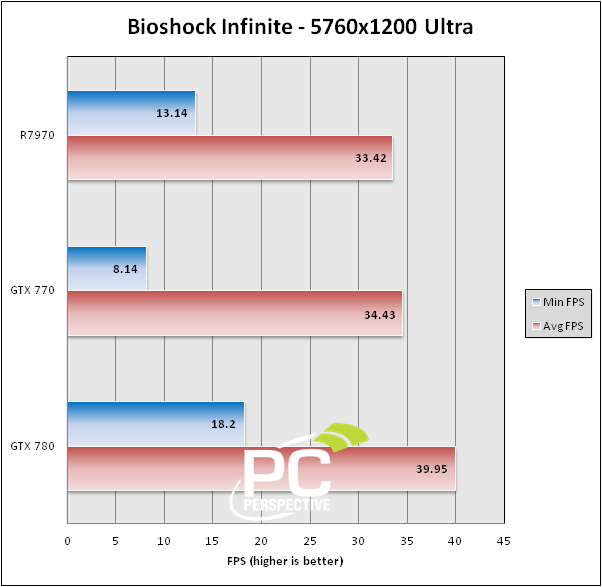 We see things shake up a bit, but not tectonically so.  This title is under the AMD Gaming Evolved program, but it does not seem to benefit AMD cards to a marked degree.  The NVIDIA cards are all slightly ahead for their price points and the GTX 780 is again in a class of its own.  If there is one thing of note, it is the 5760 results.  The GTX 770, while achieving higher average frames, has a lower minimum as compared to the R7970.  Considering the art assets of this title, the extra memory space might be coming in handy.  Morry feels that Infinite should be Infinity.  I hear "y"s are more expensive than "e"s on Wheel of Fortune. 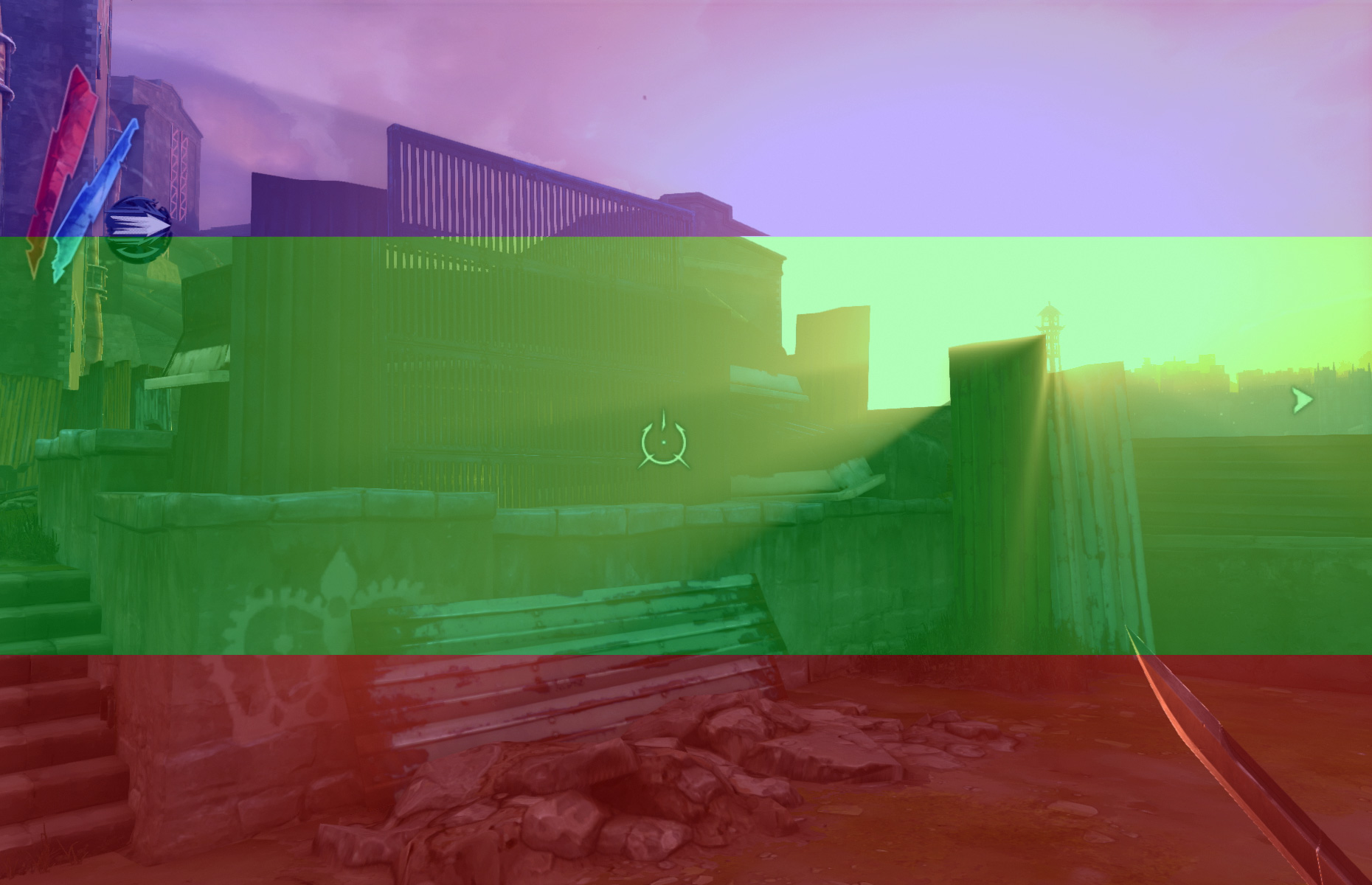