This is a rather unique card, but perhaps not so unique once we look at the GTX 760 DCII I detailed before.  ASUS felt that there was a market for a small form factor card that packed the punch of a fully sized unit of the time.  They chose the GTX 670 as it has a lower TDP than a full GTX 680, but still achieves most of the performance of the higher end card.  They then designed a new PCB around this chip to enable it to hit those TDPs.  They also designed the PCB so it could still be effectively overclocked. 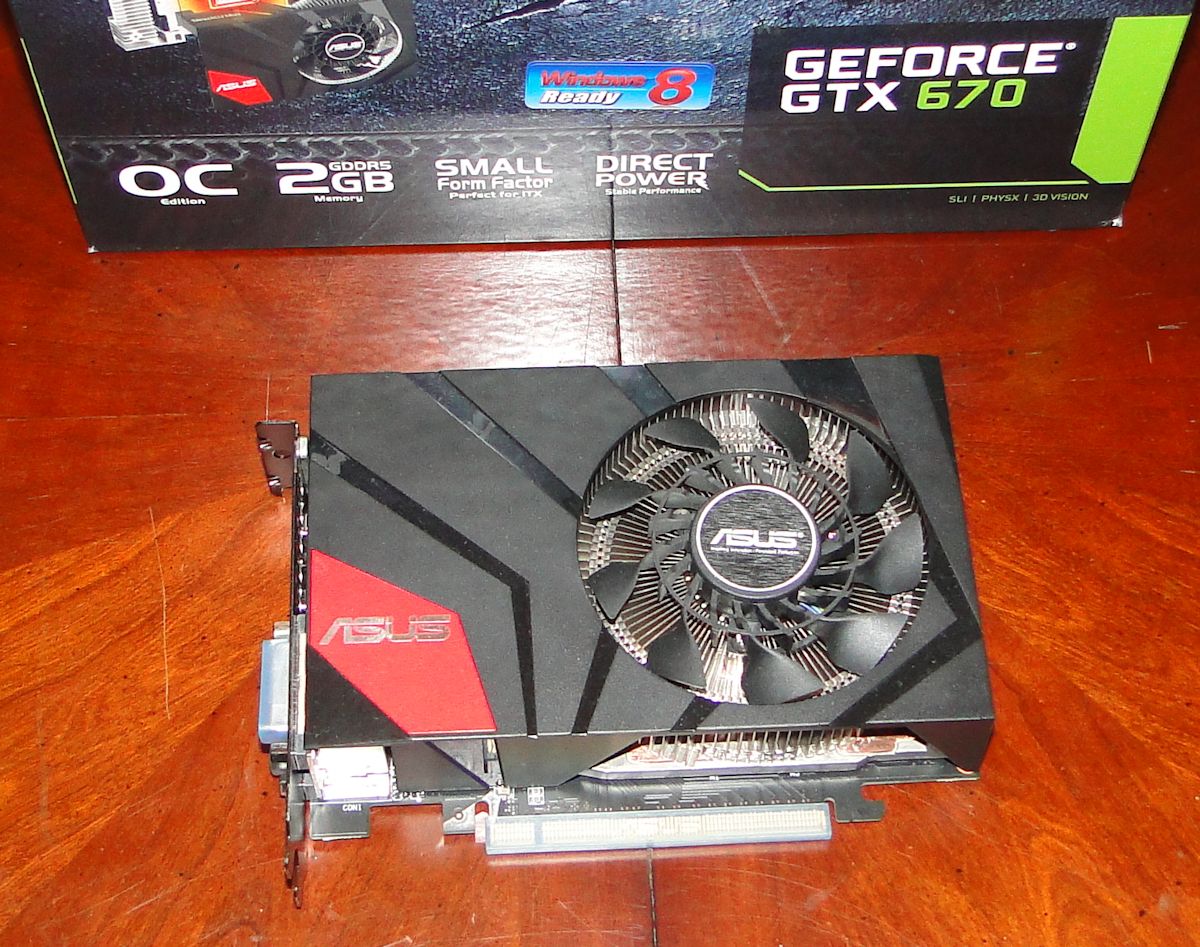 The GTX 670 has long been a favorite of gamers who want near GTX 680 performance, but do not have to pay the extra premium to get there.  Some judicious overclocking easily takes this card to 680 levels.  The reference clock of the GTX 670 is 915 MHz base and 980 MHz boost.  ASUS overclocks the Mini to 928 MHz base and 1006 Boost.  Not a huge overclock out of the box, but considering the potential thermal constraints of a smaller card and heatsink, it is a nice addition. 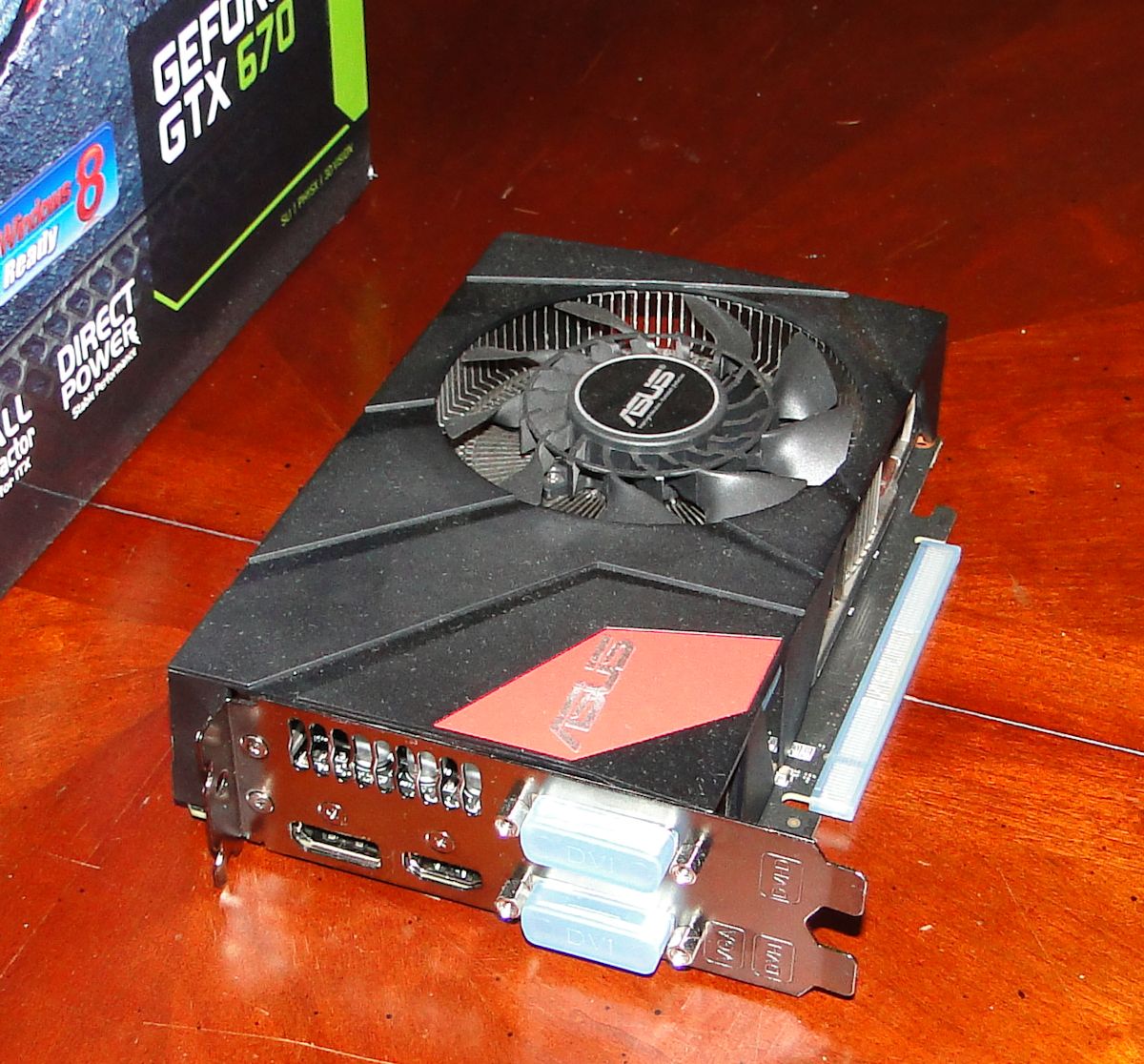 The card again shares all of the Super Alloy Power components that the other cards use.  It is the same PCB as the GTX 760 DCII, so it also incorporates the Direct Power functionality described above.  Where this card really shines is when used in a small form factor computer (eg. mini-ITX based).  The overall package, including cooling, is amazingly small.

The cooler is unique in that it is comprised of a vapor chamber over the GPU and VRM components.  That vapor chamber then is covered with densely packed aluminum fins that surround the fan.  The GTX 670 DC Mini is actually the first product to utilize the CoolTech fan.  It sorely needs it, as it can use as much turbulent airflow as possible to adequately remove heat from this card. 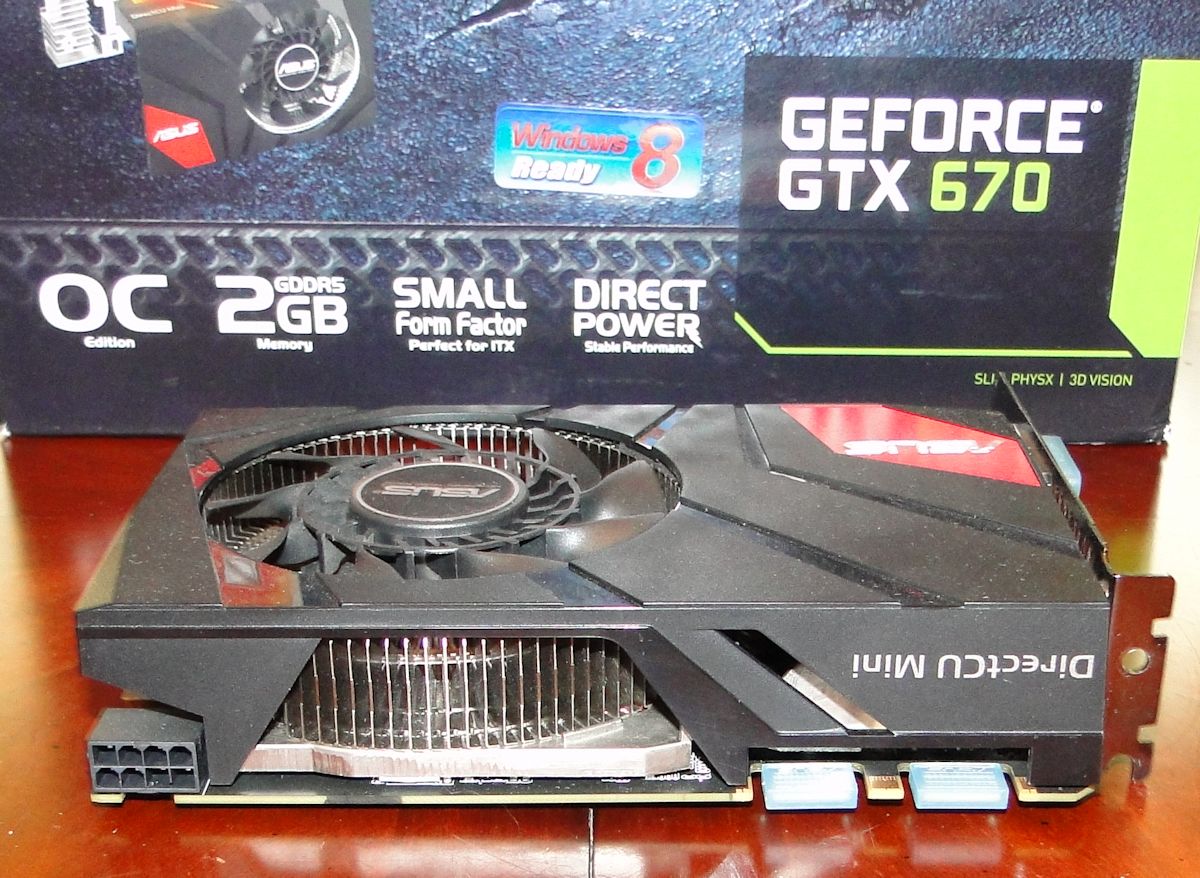 Even though it is small, it still features the full output complement of ports that we have expected from this series of cards.  It again is powered by a single 8 pin PCI-E cable, as well as the 75w coming off of the PEG slot.  Have I mentioned how small it is? 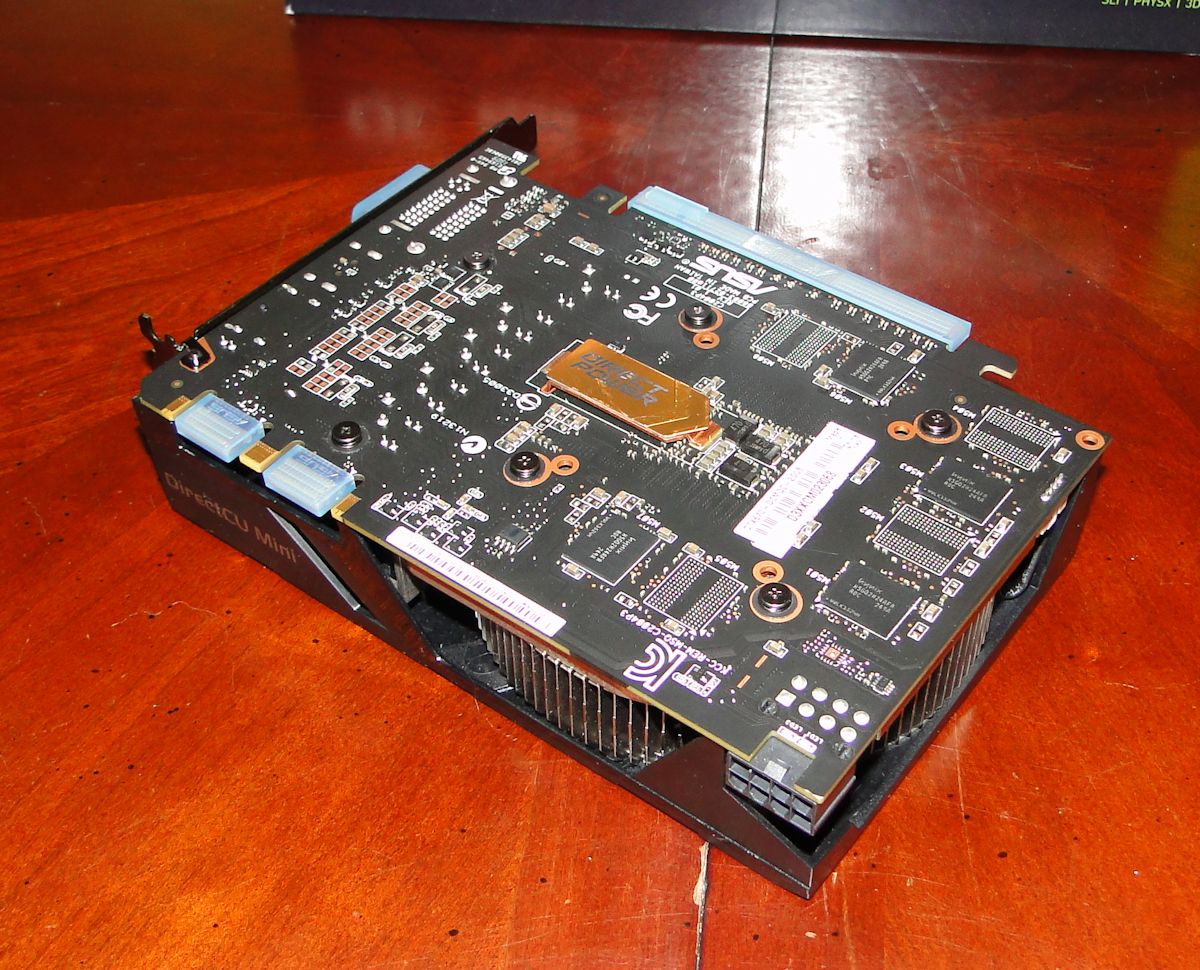 One thing that should be noted, this is not meant to be a whisper quiet solution.  It is not overly loud, but it is not whisper quiet like the other cards in this roundup.  At load it does become audible and the temperatures are not as low as the DirectCU II units.