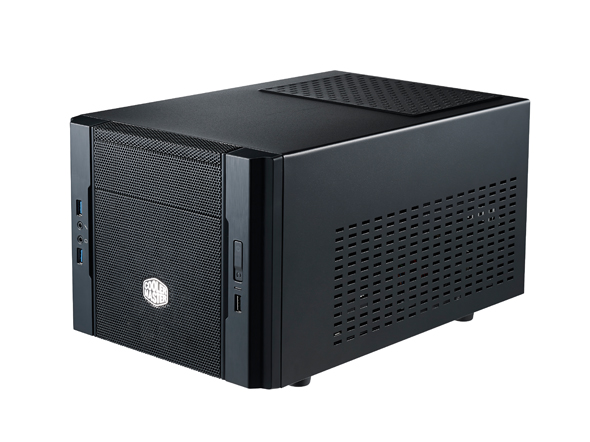 The Elite 130 weighs 6.8 pounds and is constructed of a steel alloy body with a polymer mesh front panel. The all black chassis has a mesh front panel with IO on the left and a single 5.25” drive bay. There is an 80mm vent on the right panel and a vent (without a fan) on the left side panel. The rear of the case features two PCI slots and a single rubber grommet for water cooling or USB 3.0 pass through cables. The case supports standard ATX power supplies through the use of an extension bracket. The PSU sticks out slightly from the back of the case and a vent on the case’s top panel allows for the power supply to pull in cool air from the outside rather than from the case internals. 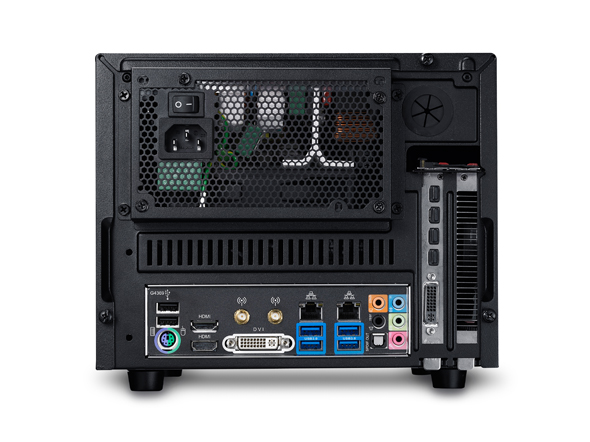 Internally, the Elite 130 supports a single 5.25” drive, two 3.5” hard drives, and a single solid state drive mounted in a side bracket. Alternatively, users can forgo an optical drive in favor of having three total 3.5” drives or four total 2.5” drives. 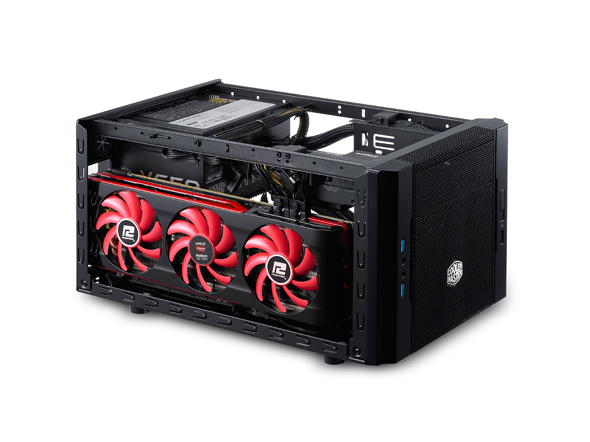 The case comes pre-installed with a 120mm intake fan and users can add a single 80x15mm fan on the right side panel. Users can swap out the front intake fan for water cooling radiator.

According to Maximum PC, the Cooler Master Elite 130 is available from Amazon for $43.26. The Mini ITX case comes with a two year warranty.

Poking at the IE7 beta 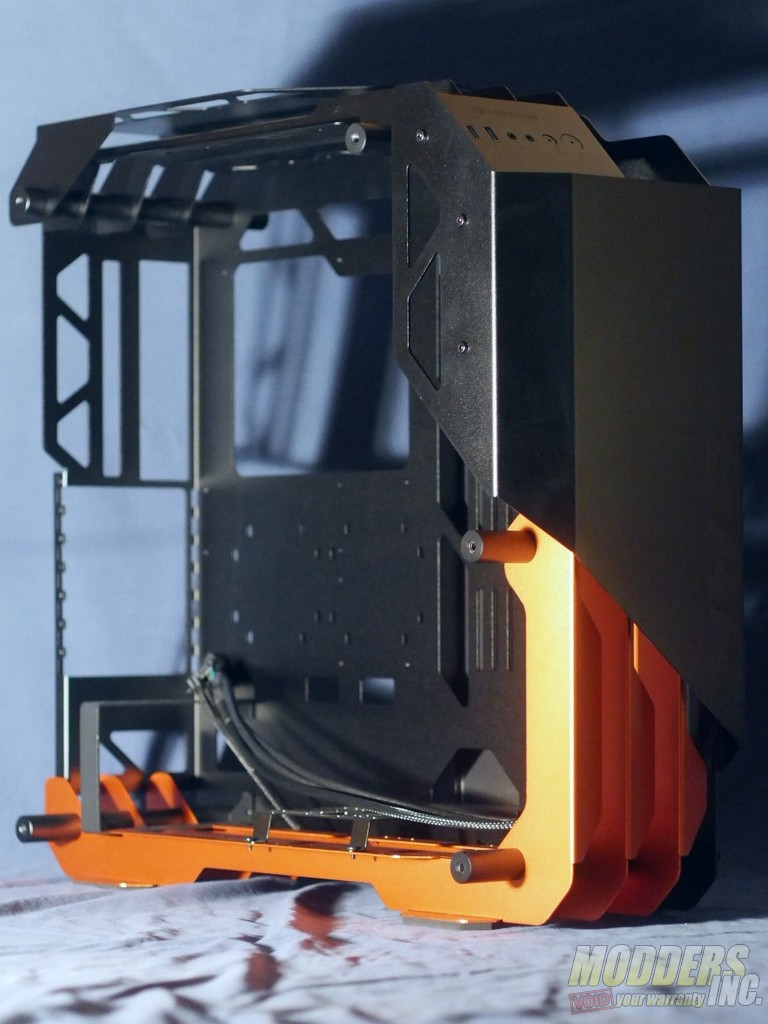