The hottest version of Firefox, for the next 6 weeks, was just released to the world and much discussion came with it. This version, most controversially, removed the <blink> element. What a terrible destruction of HTML history. How can web developers ever make fun of old VCRs? Resort to… CSS?

Pardon me, I think I am going to be sick. Oh wait, that's just not-epilepsy.

Also removed was the preference to disable JavaScript. Fear not, users will still be able to modify the setting by diving into about:config. Interested users will actually need to, because this change will revert the setting to the default on position if users had previously disabled it. I assume this was a user experience decision for users who temporarily disabled Javascript right before updating Firefox; users tech savvy enough to want Javascript off will know to dive in to the settings registry.

Or just, you know, install NoScript or something.

While we are talking about… about:… about:memory (hmm, this sentence reminds me of <blink>) has been given a slight graphical overhaul. The controls are now on the top of the report which allows users to know they exist without scrolling all the way down. These buttons have some legitimate use for many users: they can now manually force Firefox to clean up its memory footprint. 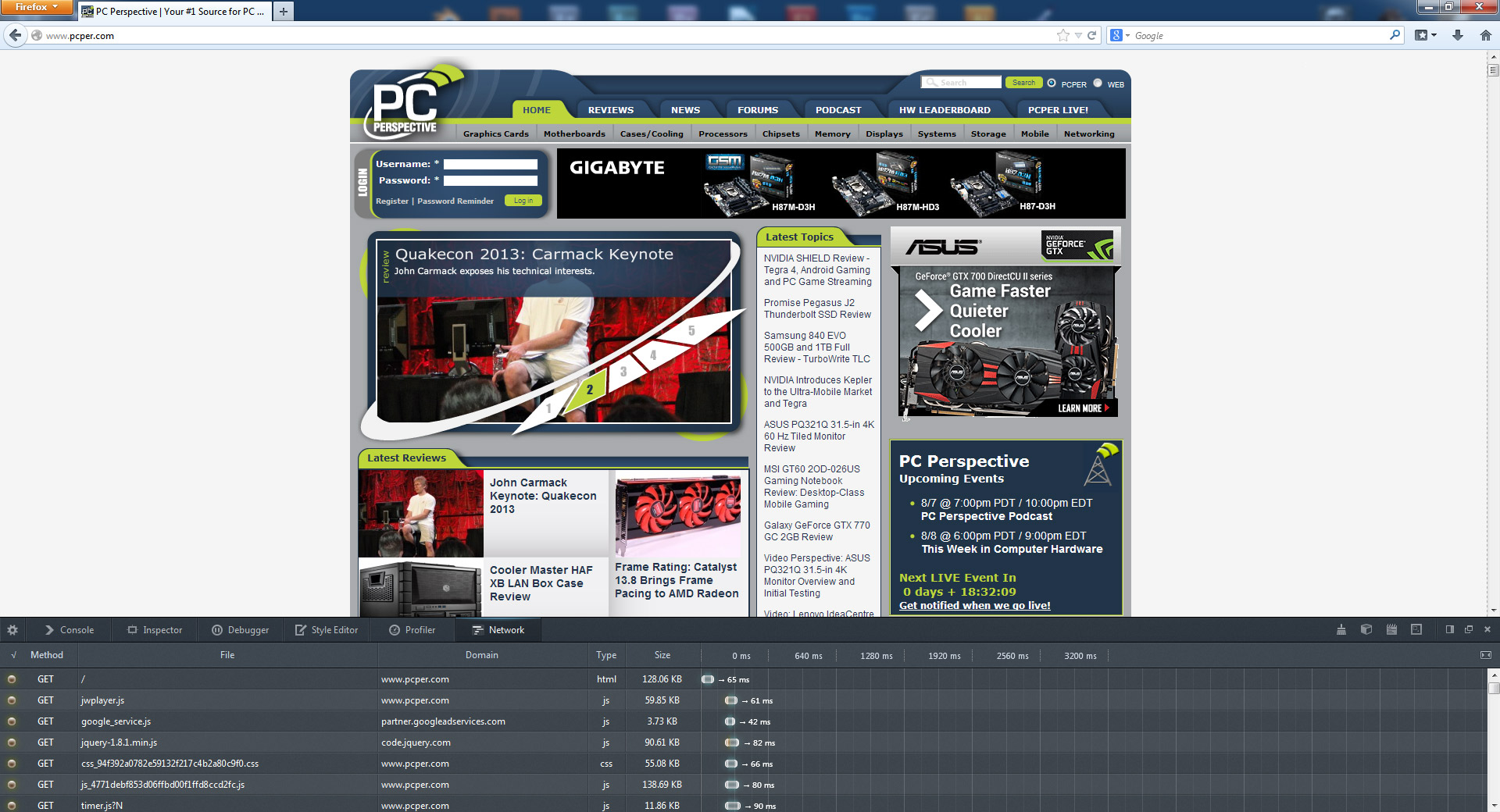 Web Developers also have a few new tools to play with including, but not limited to, tracing network traffic too and from their site. This was already possible with various console configurations but not nearly as aesthetically pleasing or even usable. If your element has very big horizontal bars, it takes a long time to load and is a good candidate to optimize first.

In all, Mozilla seems to be very productive with the number of improvements in just six weeks of development time. The next release is expected to leave Beta Channel on, or near, September 17.

Speed Metal on the Desktop