Without question the improvement that AMD has brought with the 13.8 driver is exceptional and AMD has changed a lot of my opinions on the Radeon HD 7990 and the CrossFire technology across the board.

Is the Radeon HD 7990 the fast graphics card now?

Kind of a loaded question, but the answer is "maybe" now.  Before this driver release it was evident to me that the AMD Radeon HD 7990 and its dual-GPU architecture wasn't worth the money AMD was asking because of the frame time variance issues we saw with our Frame Rating performance system.  With the latest update from AMD found in the 13.8 drivers, the addition of frame pacing makes the Radeon HD 7990 the fastest graphics card for single monitor, non-4K gaming users.

Putting modifiers on the statement "fastest" is always painful but I feel those are very necessary.  If you are using multi-display configurations or plan to then you should consider the problem unsolved for now.  The same can be said for 4K 60 Hz tiled displays.  If you are comfortable with your single monitor at resolutions of 2560×1600 then the Radeon HD 7990 has overtaken the GeForce GTX 690 as the fastest option for sale.

Even though AMD has done a great job on the single monitor CrossFire frame pacing issues, there is still room for improvement.  A closer look at many of those frame time graphs will show you that while the 13.8 driver is a HUGE improvement over the older drivers, it still isn't as good as what we see with the GeForce GTX 690 and SLI. 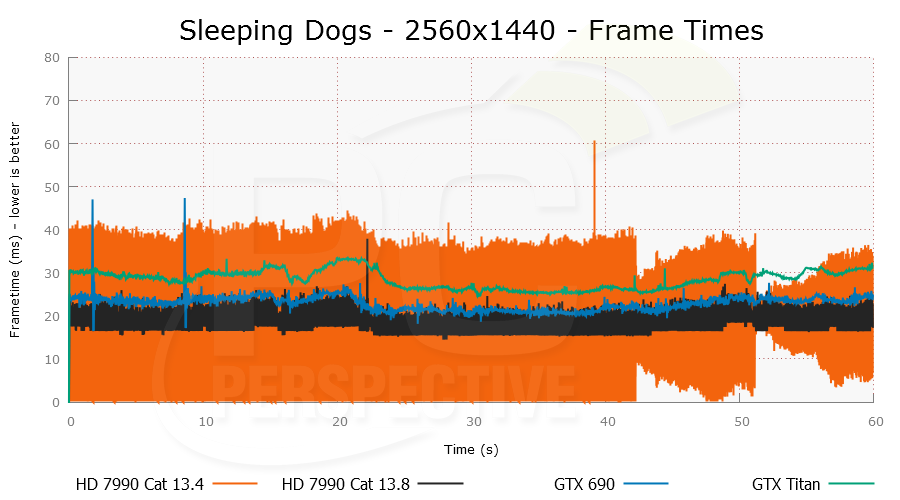 The black line representing the HD 7990 with the 13.8 driver is much better, and likely "good enough" for most users now but as with all performance metrics, percentages will matter in the long run and as we perfect our testing methodology those variance gaps of 5+ ms will be a differentiating factor.

Another interesting phenomenon that is likely a result of the frame pacing algorithm and methodology that AMD has implement shows up in the form of very fixed, stepped graphs with the 13.8 driver. 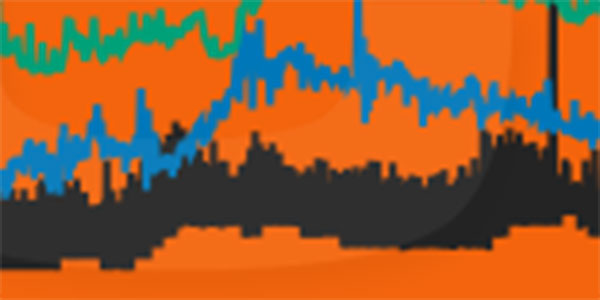 In the black line, notice how the bottom of the bar seems to take "steps" up and down, rather than smoothly progressing up and down like the blue bar of the GTX 690.  The AMD driver is clearly doing a "balancing act" between the frame time of GPU1 and GPU2 and the changes and delays it inserts to "pace" the animation have very specific variances.  While I don't think this is adversely affecting your gaming experience exactly, I find it interesting and it might help us in further testing down the road.

AMD deserves a lot of credit for stepping up and addressing these frame pacing issues with the 13.8 beta driver.  It took a brand new testing methodology to really prove that there was an issue with CrossFire and even internally at AMD it seemed there was a debate if the results we published were "real."  Not only does this driver validate everything we have worked on for the last two years but the fact that AMD has decided to enable the frame pacing fix by default emphasizes that fact even more.  Evenly paced frames results in a smoother animation and does not mean that your input latency increases in any way.

Users of AMD CrossFire systems in the HD 7000 family should install this new driver and see if they can see or feel the difference.  I am confident that users will!  In fact, I would love to get some feedback from readers and gamers in the comments section below about their experiences with the 13.8 drivers.  Was it better?  The same?  Worse??

I'll continue to pester AMD to get the rest of the issues fixed: DX9 games, Eyefinity, 4K, etc.  But today AMD gets to hold its head up high for improving CrossFire dramatically for a majority of its users. 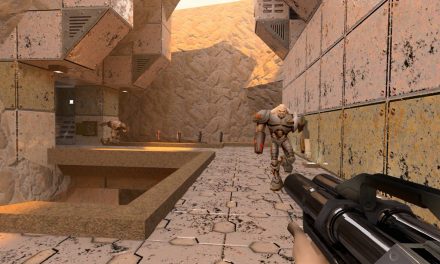