Over the last couple of days we had heard rumors about a potential price drop on the 5.0 GHz (Turbo Speed) AMD FX-9590 processor that was released in June.  As the week progressed, the likelihood of this being true skyrocketed as several online outlets are showing much lower than expected pricing on the 8-core 220 watt CPU.

Two different UK-based online and retail outlets were showing the FX-9590 for sale for as low as £279 or $434 USD.  That is a big price drop from £699 rate ($1008 USD) and obviously is causing quite a stir in the community.  This puts the latest entries in the world of AMD FX just above the other parts like the standard FX-8350 in terms of cost which was definitely NOT the case in June or July.

So why all the fuss?  AMD claims that these are NOT price drops at AMD's request and that instead are the result of "business to business" negotiations.  The official statement from AMD is as follows:

AMD channel partners are able to deliver the AMD FX-9000-series processor, AMD’s fastest and most powerful  desktop processor, in highly customized systems and solutions in a manner that provides AMD fans access to the technology. We are excited to see high levels of interest in our AMD FX 9000-series processors, and will continue to work with our valued channel partners to ensure our products are readily available to the enthusiast community.

If you're like me, you don't really take anything interesting away from this statement other than "no comment."  So what is really happening?

First, according to AMD the FX-9590 was never intended to be sold as an OEM part and rather was supposed to ship only in pre-built systems from companies like iBuyPower or in bundles that include a motherboard and cooler along with the processor.  If these bundles were slow sellers though it seems plausible that the retailers would find ways to expire the bundle program and "accidentally" start selling the processors alone.  Based on photos from ReviewBros that appears to be the case. 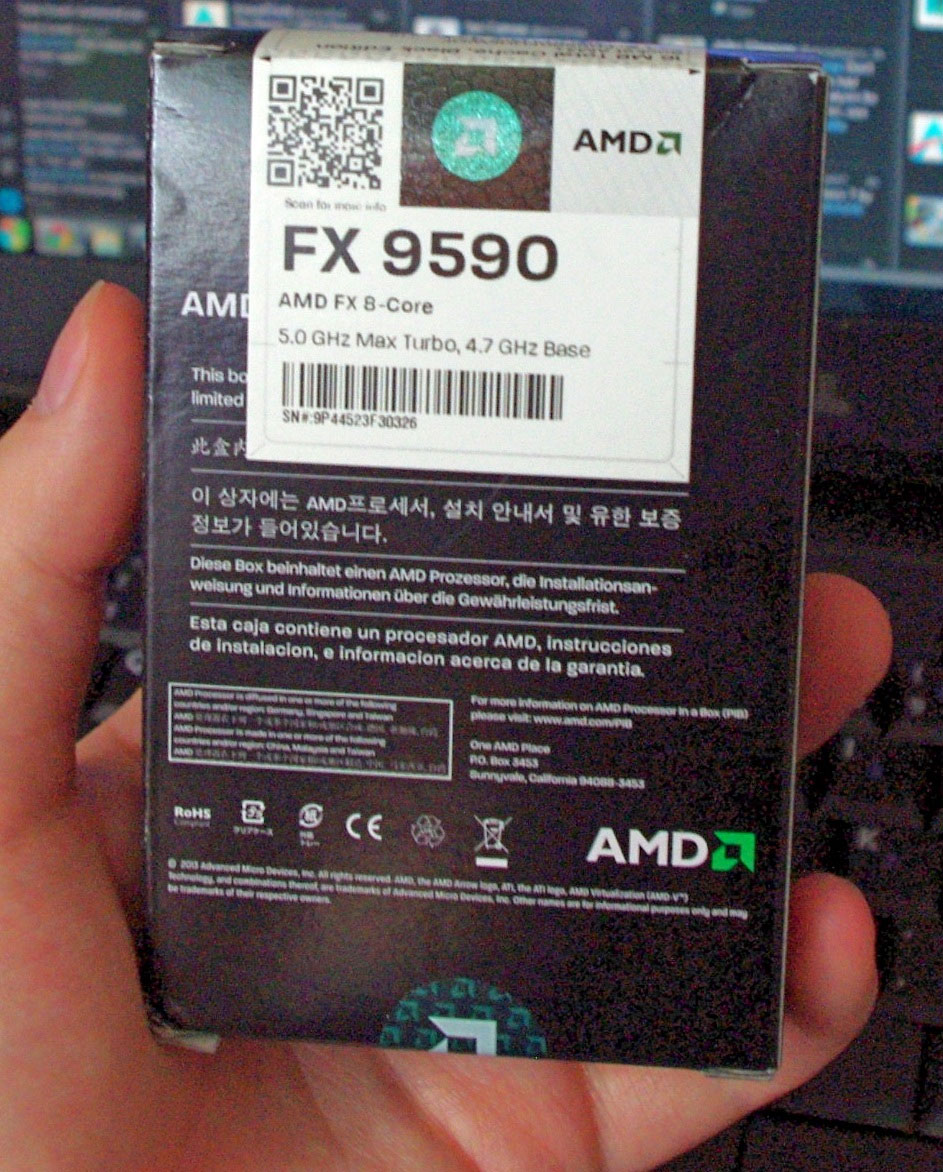 In reality though, this is the pricing that we would have liked to see the FX-9590 ship at originally and the first sets of reviews (that we were not included on) might have been much more positive.  At $430 USD the FX-9590 competes with the higher end Core i7 Haswell processors in terms of performance but obviously uses quite a bit more power to get there.

If you are interested in buying a bundle or a system with the FX-9590 I do expect there to be some updates to pricing from all of the same system builders that launched with the processor originally to reflect these "business to business" happenings.  I have already expressed interest to AMD and a couple of boutique builders in reviewing a system with these pricing and placement adjustments.

As for the idea of a "price drop", things are just more complicated than that.  AMD tells me that because it was never intended to sell as an OEM part any pricing changes are not a result of AMD's demands.  Honestly I don't know why AMD is so opposed to just saying there has been a price drop other than the negative reaction of the initial launch buyers; but that is always the case in the enthusiast market.

Regardless of the verbiage, the fact is that you'll likely be able to find the AMD FX-9590 and its 5.0 GHz Turbo clock rate available at lower prices in systems and on store shelves (though without AMD's consent) for much closer to the actual performance/value they offer.  I'll take it.