Trust the cloud… be the cloud.

The executives on stage might as well have waved their hands while reciting that incantation during the announcement of the Xbox One. Why not? The audience would have just assumed Don Mattrick was trying to get some weird Kinect achievement on stage. You know, kill four people with one laser beam while trying to sink your next-generation platform in a ranked keynote. 50 Gamerscore!

Microsoft stated, during and after the keynote, that each Xbox One would have access to cloud servers for certain processing tasks. Xbox Live would be receiving enough servers such that each console could access three times its performance, at launch, to do… stuff. You know, things that are hard to calculate but are not too dependent upon latency. You know what we mean, right?

Apparently Microsoft did not realize that was a detail they were supposed to sell us on.

In the mean time, NVIDIA has been selling us on offloaded computation to cloud architectures. We knew Global Illumination (GI) was a very complicated problem. Most of the last couple decades has been progressively removing approximations to what light truly does.

CloudLight is their research project, presented at SIGRAPH Asia and via Williams College, to demonstrate server-processed indirect lighting. In their video, each of the three effects are demonstrated at multiple latencies. The results look pretty good until about 500ms which is where the brightest points are noticeably in the wrong locations. 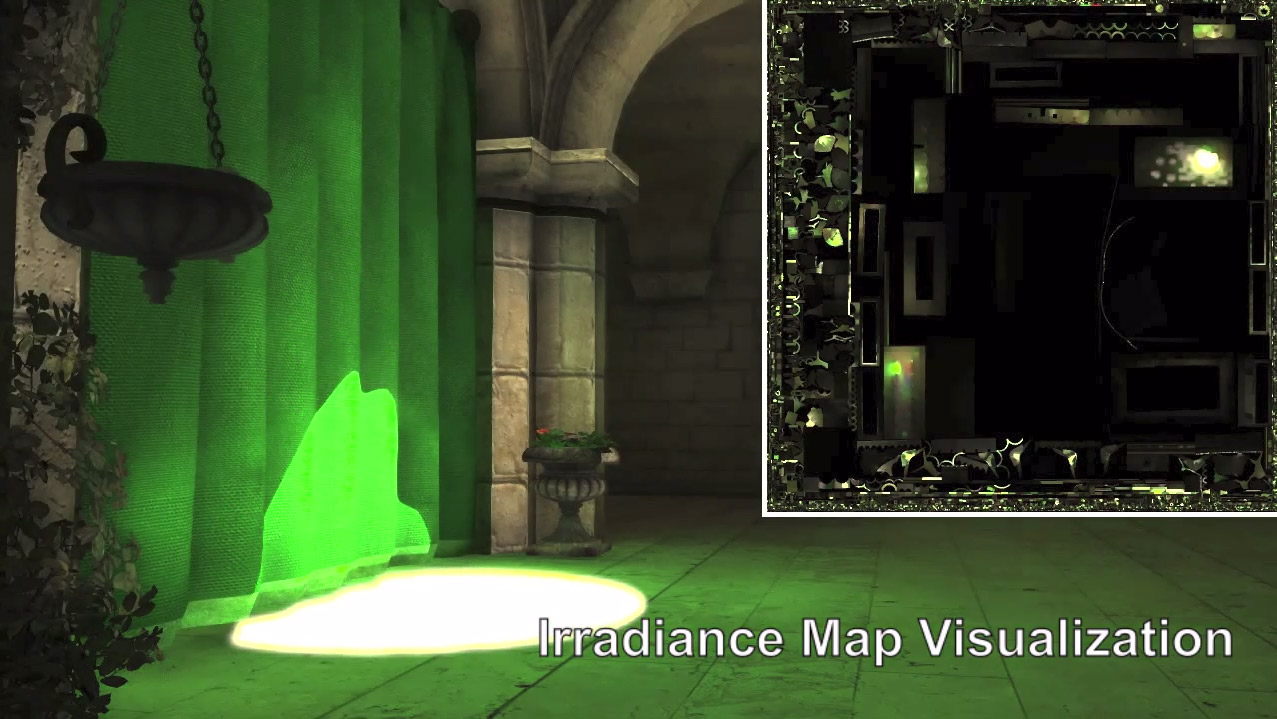 Again, the video is available here.

The three methods used to generate indirect lighting are: irradiance maps, where lightmaps are continuously calculated on a server and streamed by H.264; photons, which raytraces lighting for the scene as previous rays expire and streams only the most current ones to clients who need it; and voxels, which stream fully computed frames to the clients. The most interesting part is that as you add more users, in most cases, server-processing remains fairly constant.

It should be noted, however, that each of these demonstrations only moved the most intense lights slowly. I would expect an effect such as switching a light on in an otherwise dark room would create a "pop-in" effect if it lags too far behind user interaction or the instantaneous dynamic lights.

That said, for a finite number of instant switches, it would be possible for a server to render both results and have the client choose the appropriate lightmap (or the appropriate set of pixels from the same, large, lightmap). For an Unreal Tournament 3 mod, I was experimenting with using a Global Illumination solver to calculate lighting. My intention was to allow users to turn on and off a handful of lights in each team's base. As lights were shot out or activated by a switch, the shader would switch to the appropriate pre-rendered solution. I would expect a similar method to work here.

What other effects do you believe can withstand a few hundred milliseconds of latency?