Corsair has jumped in the wireless hard drive game with the Voyager Air.

Corsair seems to have its fingers in just about everything these days so why not mobile storage, right?  The Voyager Air a multi-function device that Corsair calls as "portable wireless drive, home network drive, USB drive, and wireless hub."  This battery powered device is meant to act as a mobile hard drive for users that need more storage on the go including PCs and Macs as well as iOS and Android users.

The Voyager Air can also act as a basic home NAS device with a Gigabit Ethernet connection on board for all the computers on your local network. And if you happen to have DLNA ready Blu-ray players or TVs nearby, they can access the video and audio stored on the Voyager Air as well. 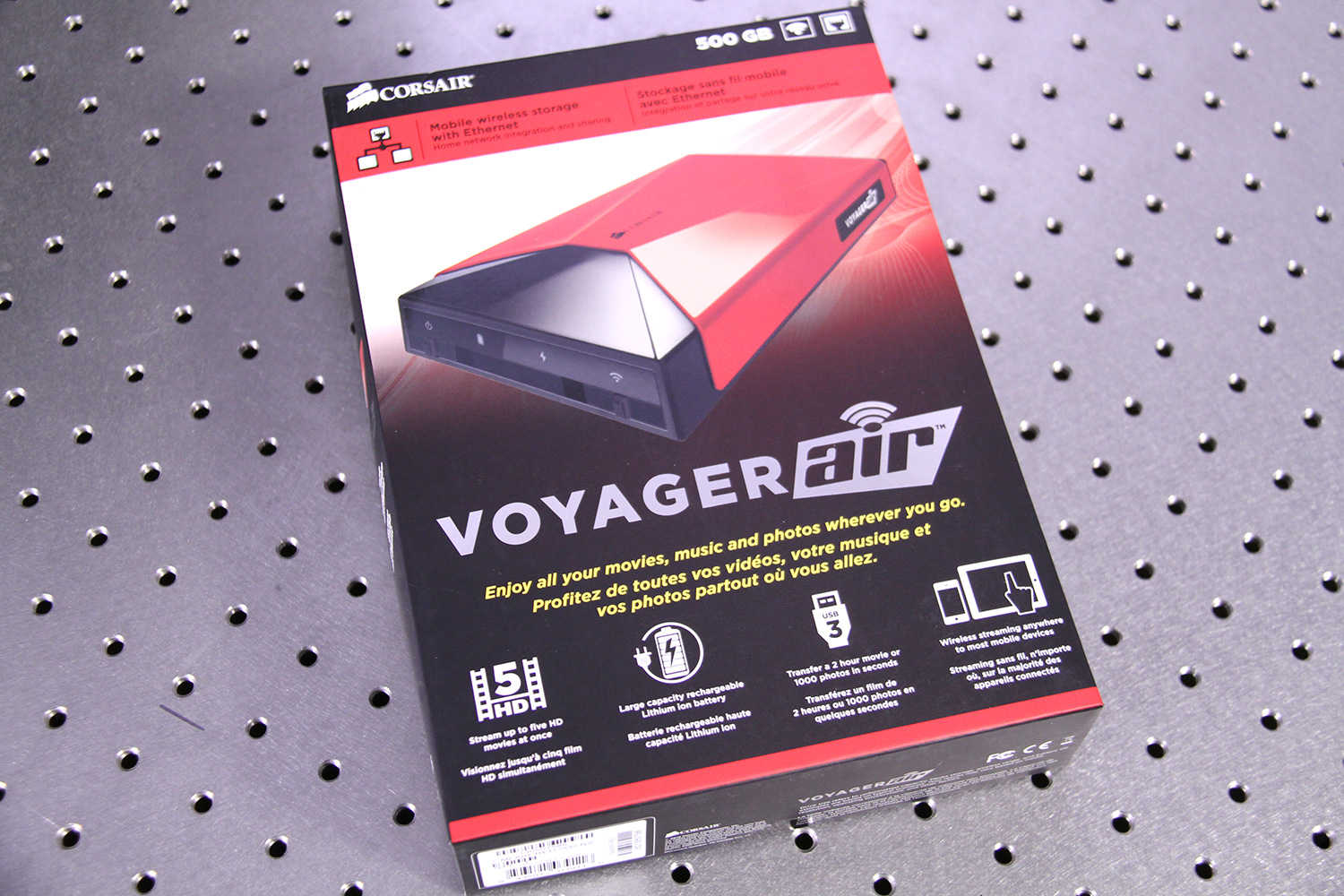 Available in either red or black, with 500GB and 1TB capacities, the Voyager Air is slim and sleek, meant to be seen not hidden in a closet. 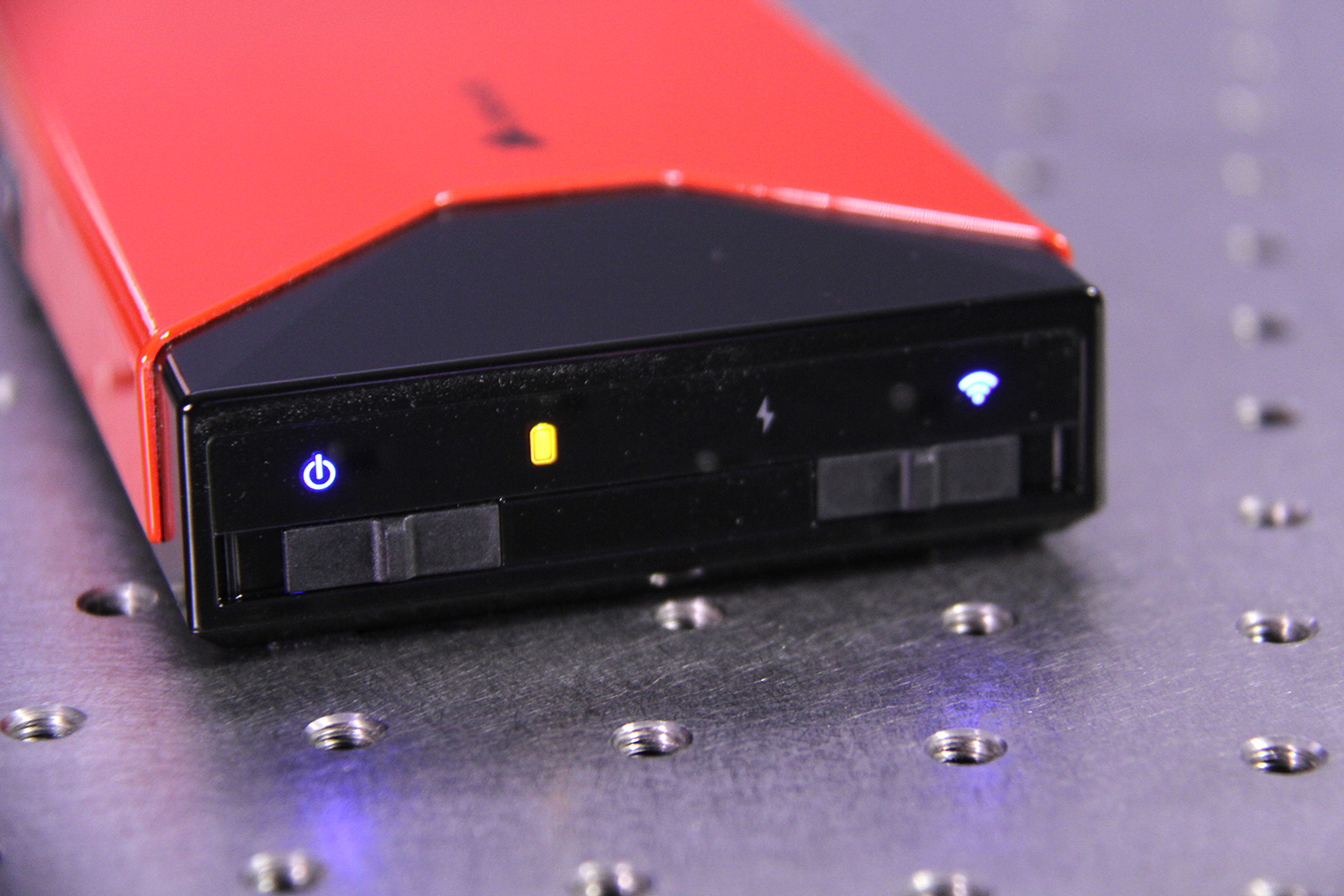 The front holds the power switch and WiFi on/off switch as well as back-lit icons to check for power, battery life and connection status. 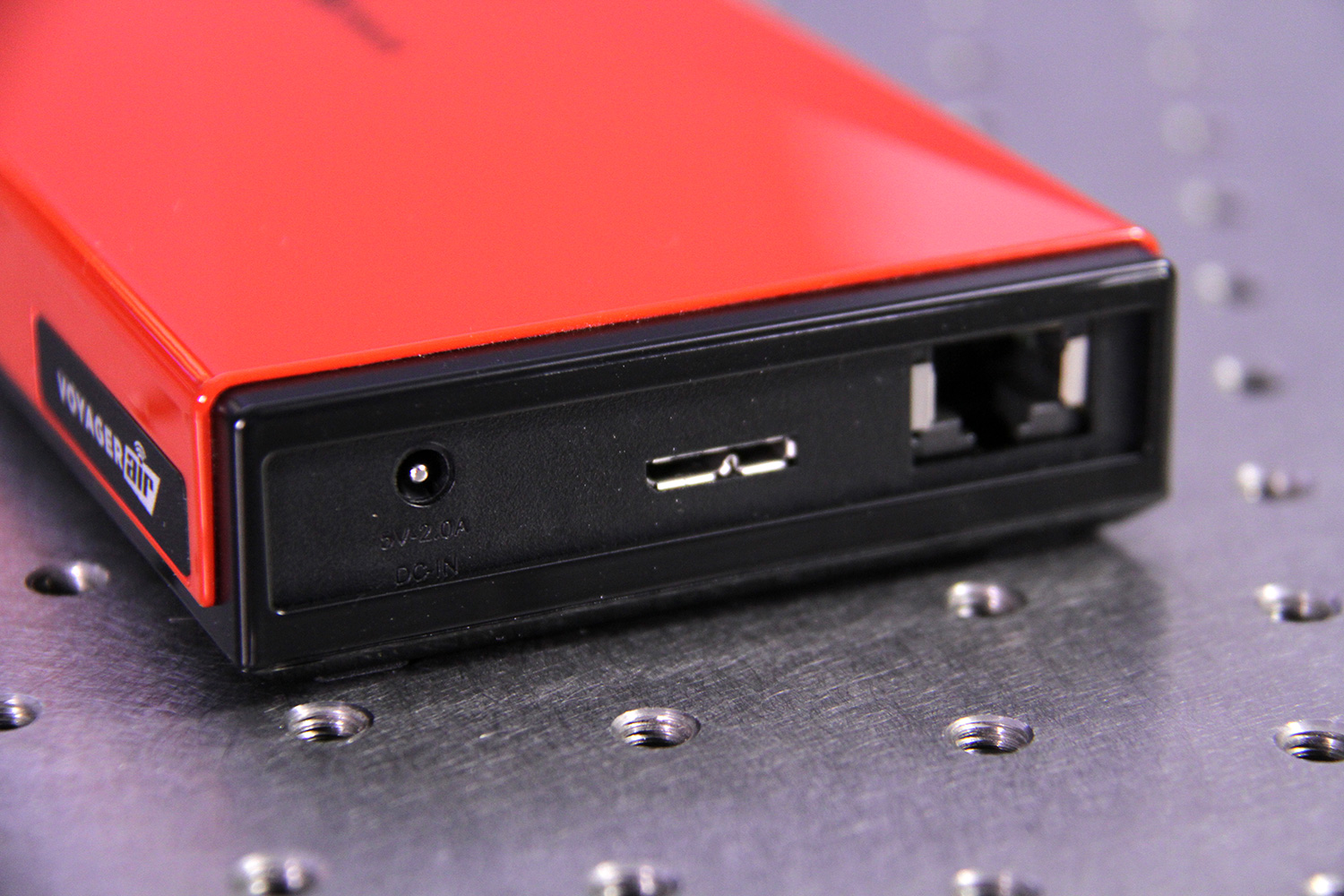 On the other side you'll find the power connection for charging or home use, the USB 3.0 connection and the Gigabit-rated Ethernet port. 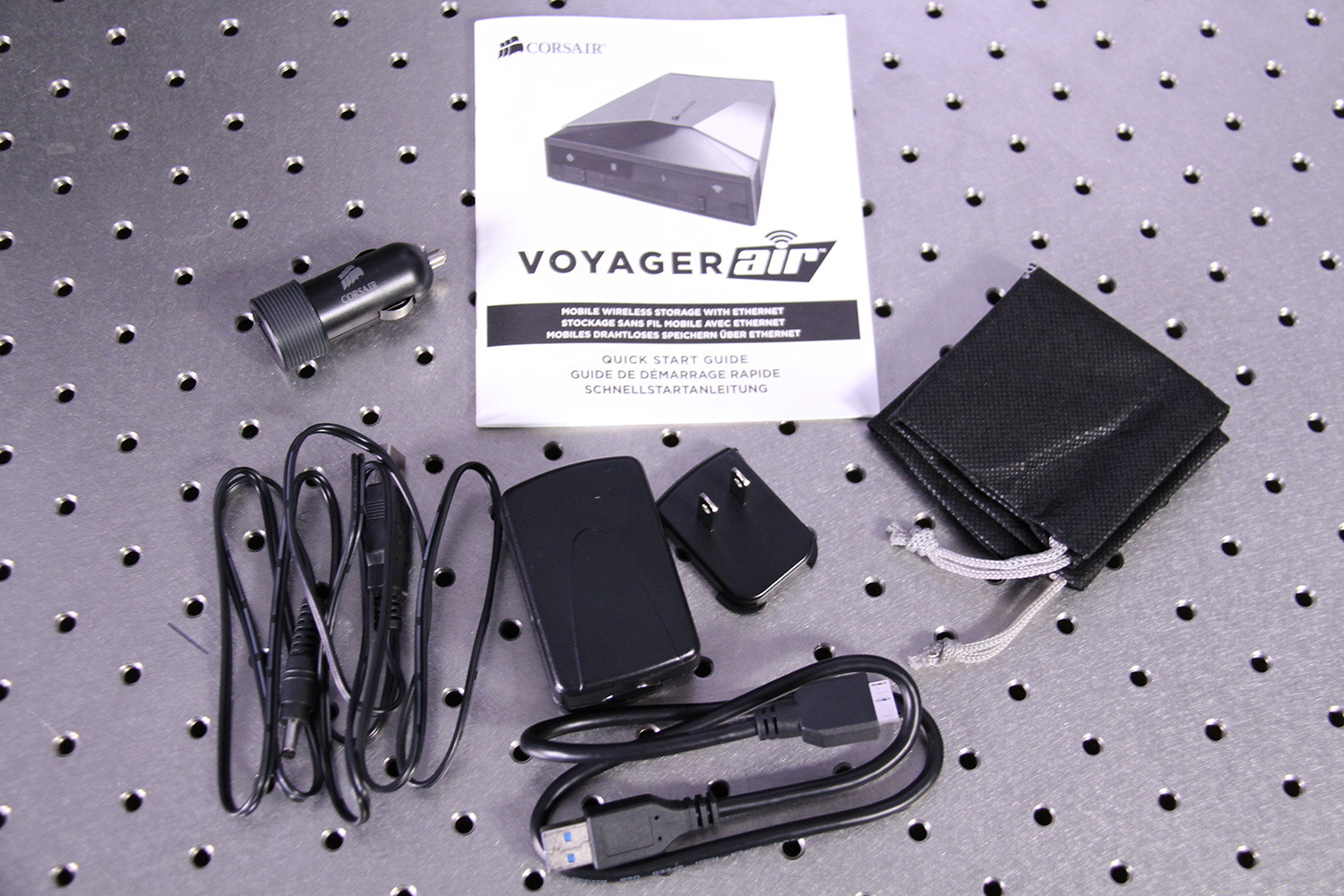 Inside the box you'll find a wall charger cable, USB 3.0 data cable, storage pouch for a bit of protection as well as a USB car charger that outputs at 5V and 2A.

Depending on if you are installing the Voyager Air for a permanent home use or taking it on the road, the experience using the unit will vary.  Our sample was the 500GB model which should store more than enough data for most users. 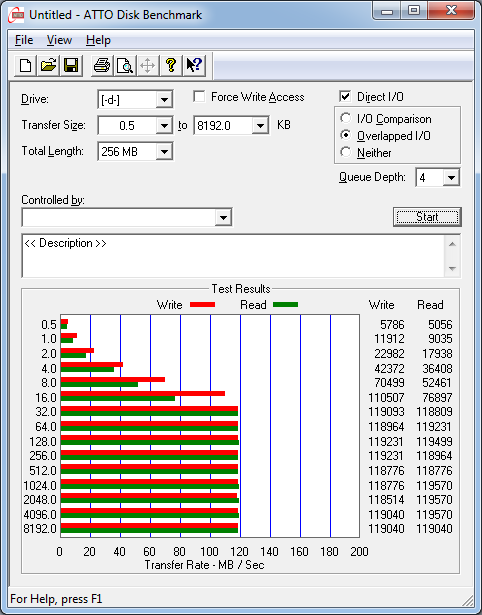 The first step for most people is likely going to be the initial copy of data from your PC to the Corsair portable drive, and using USB 3.0 we were able to get performance right at 120 MB/s for reading and writing with large files.  For a portable hard drive, that performance level is pretty impressive and it is definitely an improvement over the 25 MB/s you would be running at with USB 2.0. 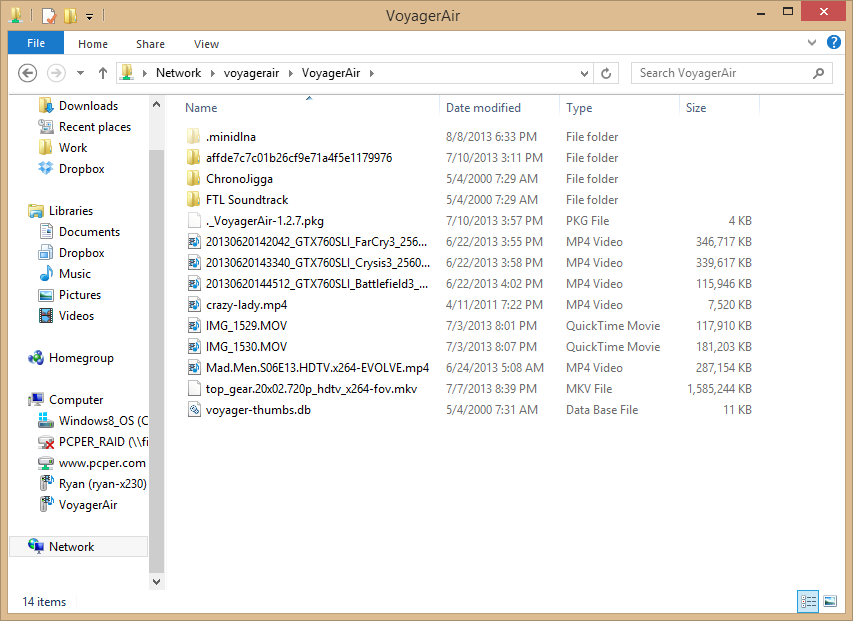 On a home network, the Voyager Air shows up as any other network device would and you can mount it as a driver letter.  The Gigabit Ethernet helps with streaming or copying data to and from but don't expect the same speeds as the USB 3.0 connection above.

If you are using a laptop on the road, the Voyager Air will present an SSID and wireless network for you to attach to.  Once you are connected you can then access the network resources just as you would over a wired connection.  The Air does support wireless pass through so you can still connect to the Internet while using the Voyager Air.

For Android and iOS use you'll need to download the Corsair Voyager Air app and then connect to the same Voyager Air WiFi connection mentioned above.  You can then access the data on the drive through the custom application. 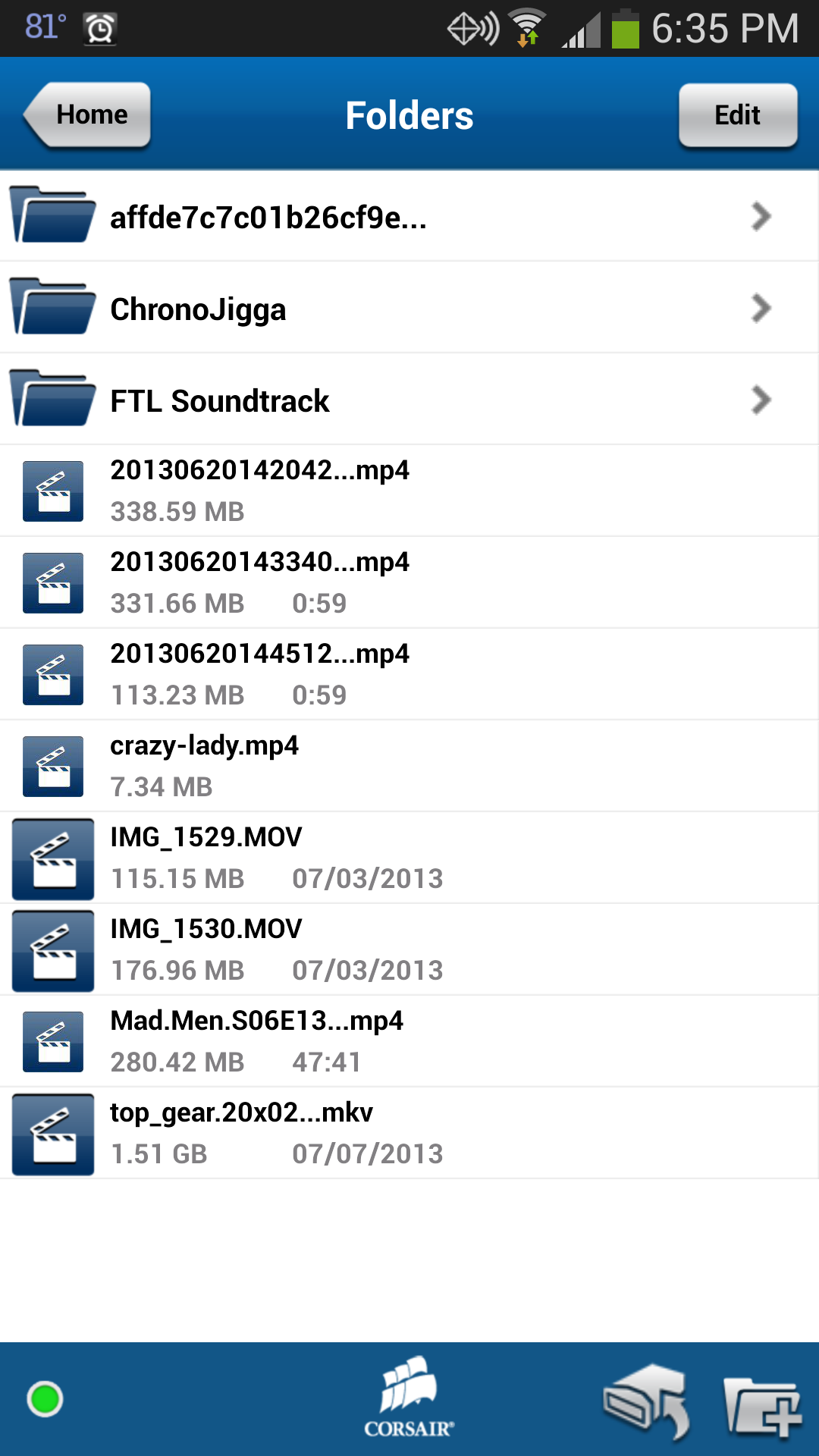 Here you see the files as presented inside the app – obviously this isn't nearly as convenient as the network resource options under Windows and Mac but it gets the job done.  Here you can copy files to and from the device and play them back. 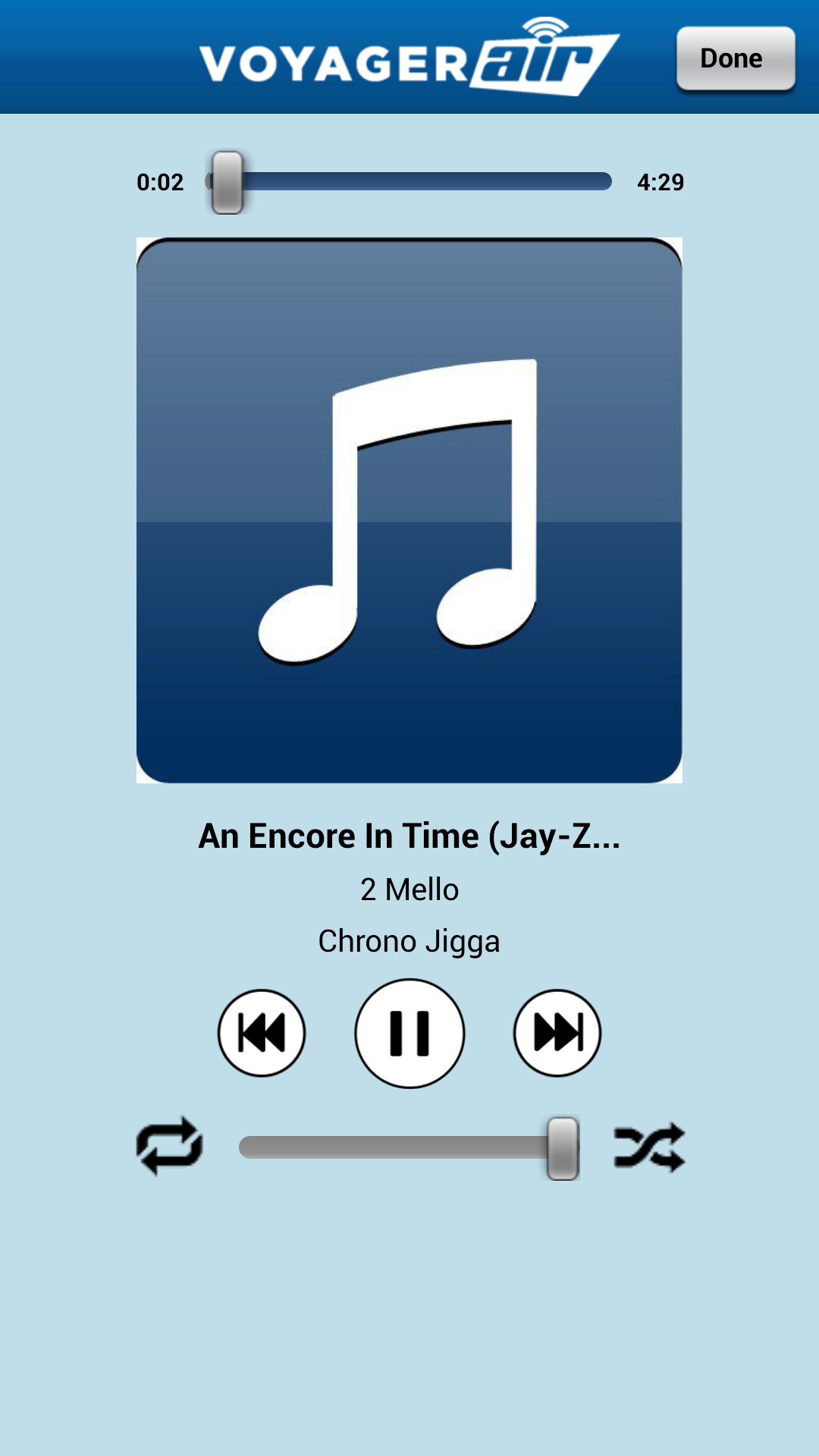 You do get the option of playing back the files with the internal applications systems or with other externally installed programs.  Playing them with the Voyager Air app wasn't the best experience honestly as simply leaving the MP3 file to browse more content would stop playback immediately. 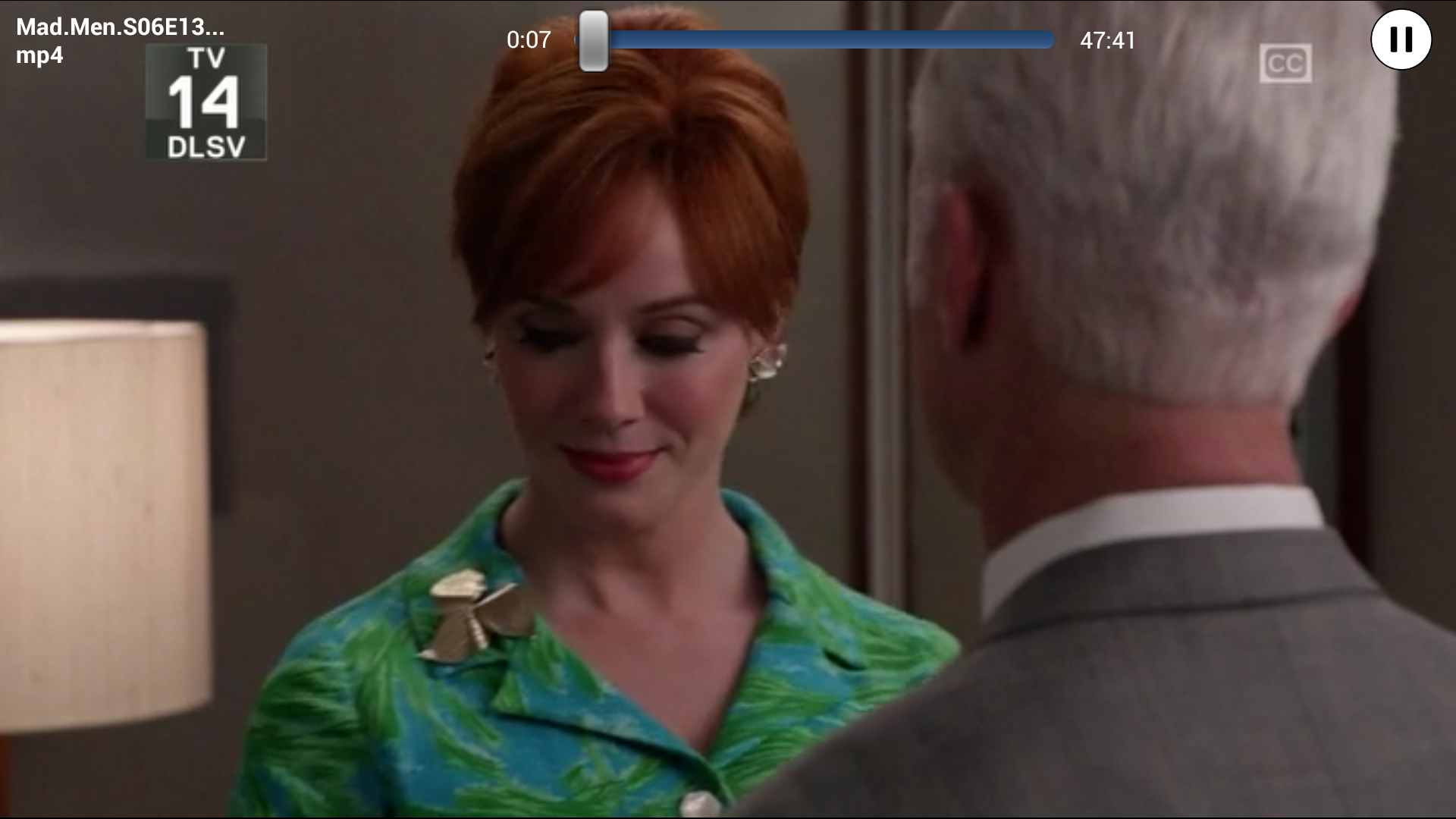 Video quality was decent and most of the file formats we tested were supported.  Another player like VLC for Android might allow for more video formats if you are getting stuck on one with the Voyager tool. 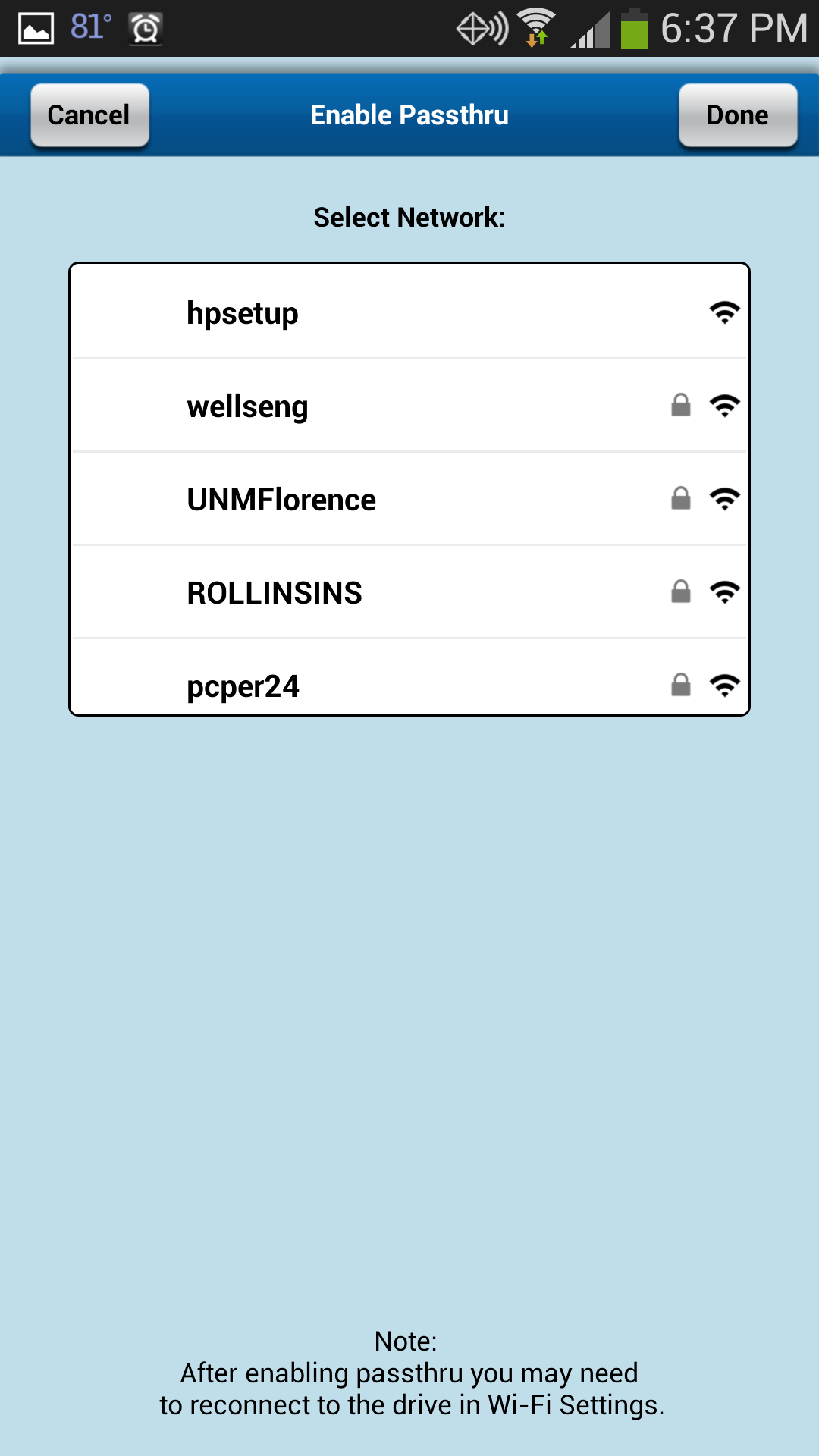 Here is where you can access the pass through settings to enable Internet connectivity even while using the Voyager Air WiFi connection.  Find your network, give it the proper authentication and off you go.

Setting up and using the Voyager Air was about as simple as it gets, but I would recommend you watch the video at the top of this review for a real-time look.  On Windows or Mac the Air acted as a basic NAS device with decent performance and it's not until you remove the power cable and take the Voyager Air on the road that it really stands out as being a portable device.  The battery life has been pretty impressive (rated at up to 7 hours of streaming) and performance has been more than adequate for shared streaming.  I do wish that the experience of accessing the media on Android (and iOS) were a little more streamlined and integrated with the operating system, but that seems more like a restriction of those platforms than the Voyager Air itself. 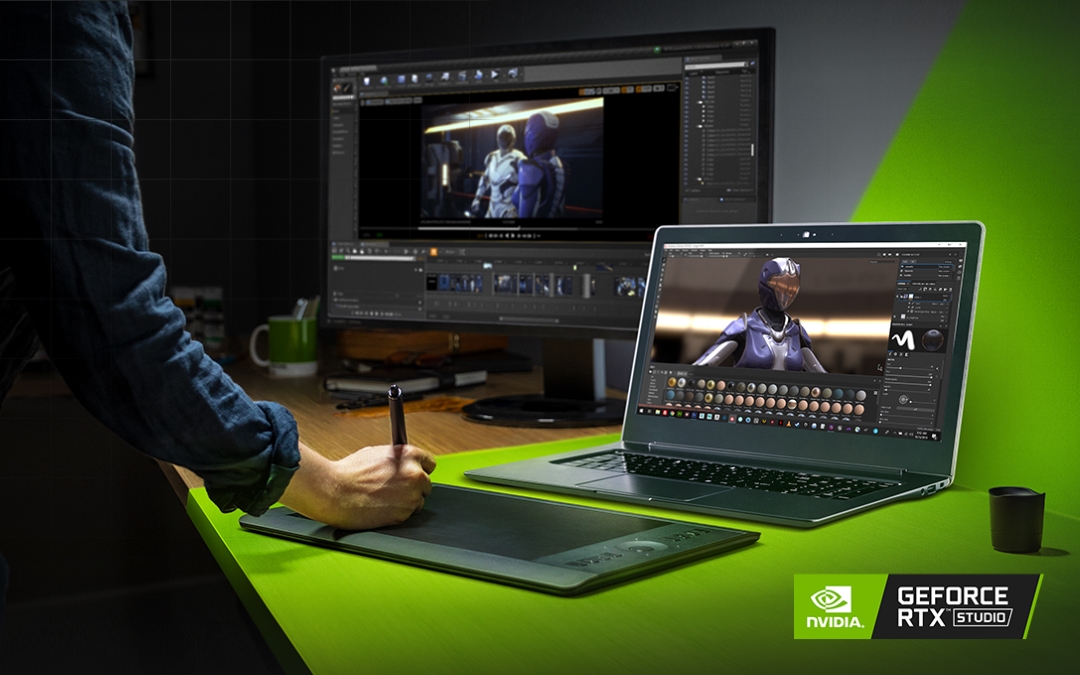 Three new drives from Corsair, a pair of SandForce and a single Marvell