With the release of Intel's Haswell core processors and the updated graphics card lineup from NVIDIA, Digital Storm has updated many of their custom PC lines to include both.  A little while ago the company sent along a pre-built Ode system that includes some impressive hardware like an overclocked Core i7-4770K and a GTX 780 along with a Corsair SSD and more.  Even though the design is using fully off-the-shelf parts, the build quality is impressive and will interest many users that want the jump start of a ready made rig.

Our article today (and embedded video) will give you a quick overview of the hardware, the build and the performance that you can expect for this $2500 PC.

Current pricing on this build is $2577 from Digital Storm's website and while that is definitely higher than buying the same components out right, the difference shouldn't be enough to scare you off.  More on that later. 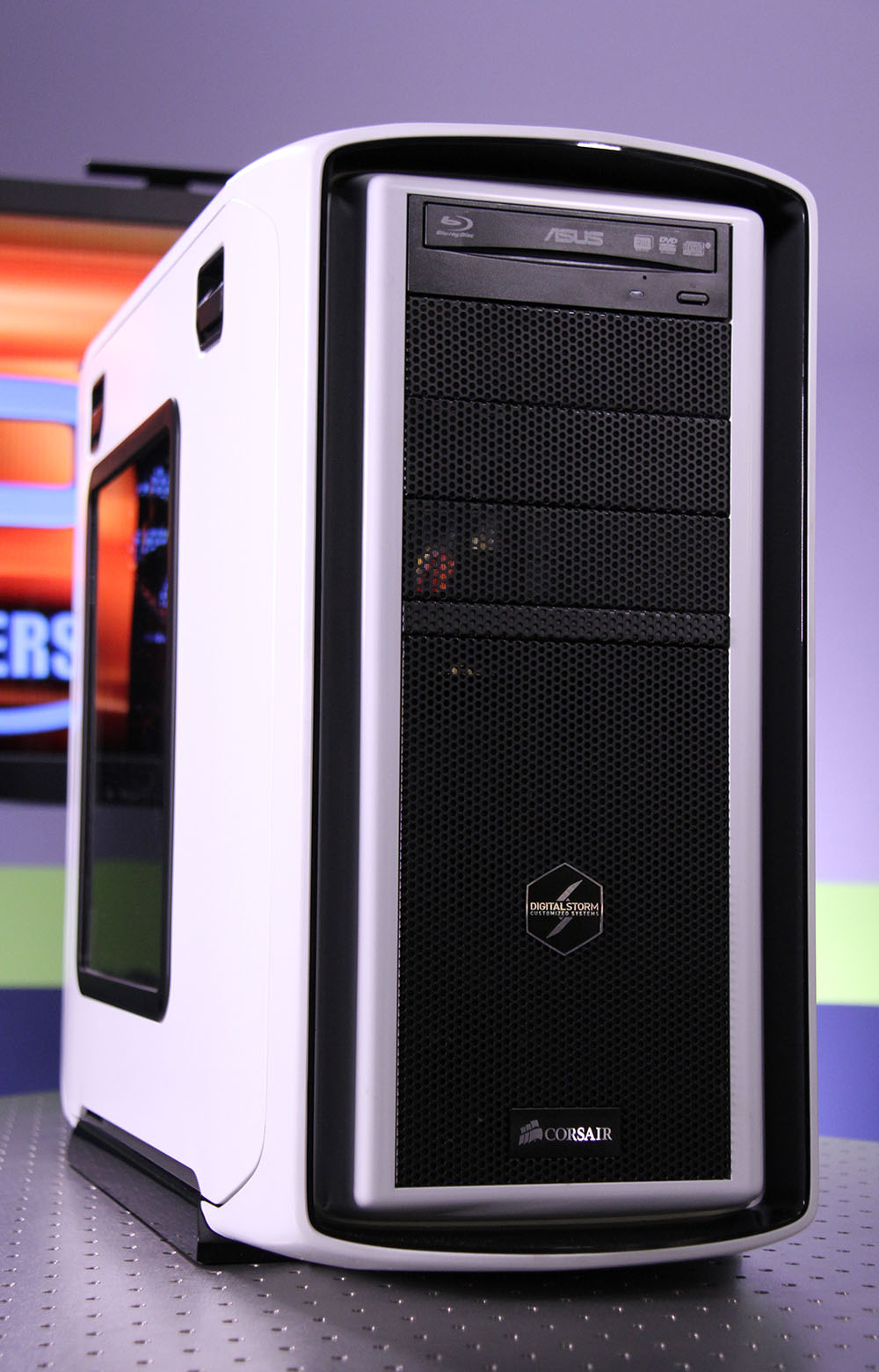 The Ode from Digital Storm is built around the Corsair 600T chassis, an older design that still stands up well in terms of looks and performance.  The only draw back to it is that it does not have an internal USB 3.0 header and thus still uses the external cable to plug into the back of the motherboard.  If you want to see video from 2010 we did of this case, check the way back machine to do so!

A white color scheme really makes this system stand out and the window on the side panel will let everyone gawk at the components included inside.  With plenty of room for fans, radiators and good intake filter support throughout, the 600T remains one of our favorite chassis at PC Perspective. 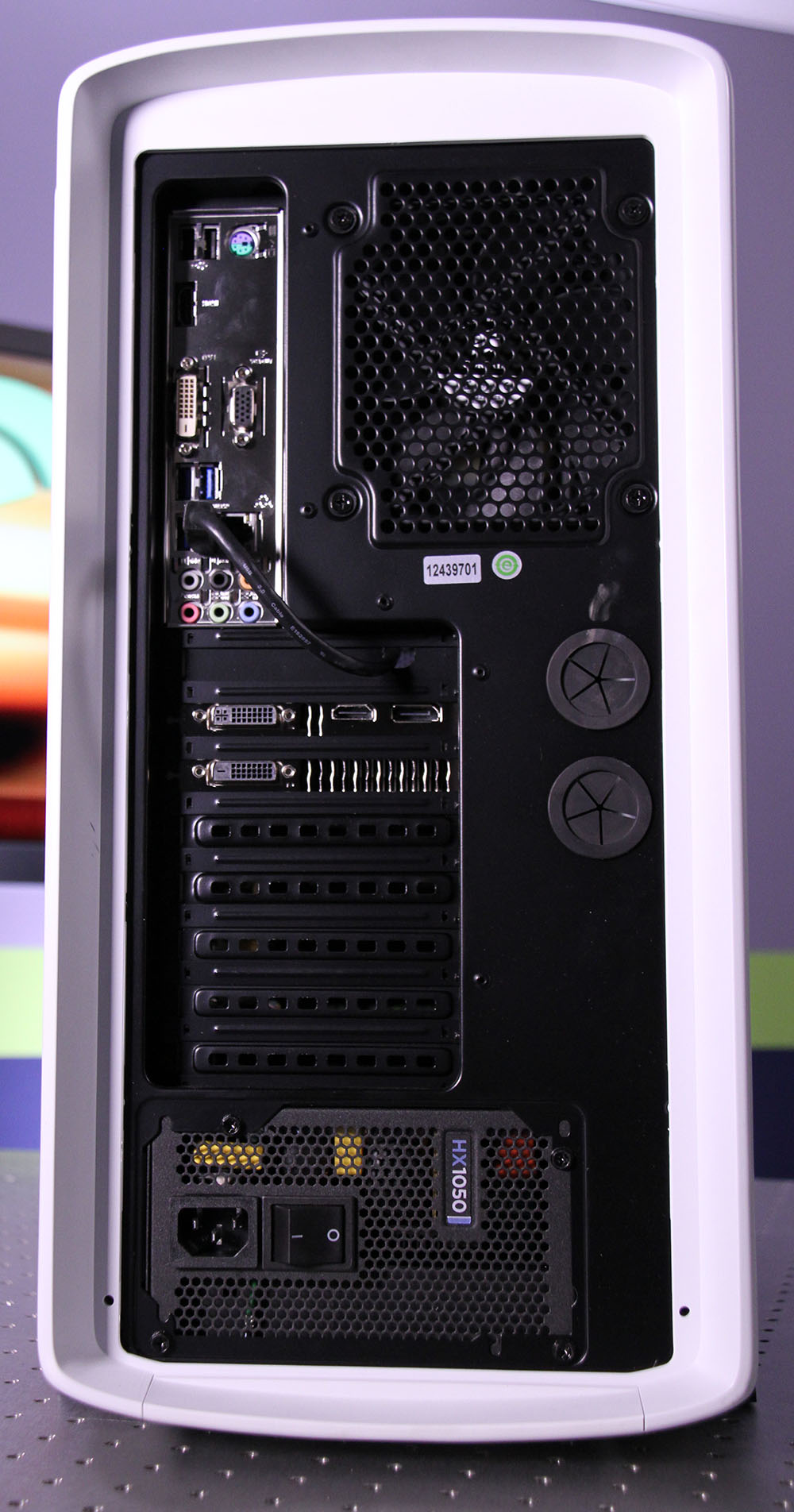 Looking at the back side of the Ode you'll find clues to how the system is designed.  The 1050 watt power supply from Corsair rests at the bottom and the USB 3.0 cable extends from the top expansion bay to plug into the rear USB 3.0 port.

The ASUS Z87-C motherboard is just fine for this design but it doesn't include much in the way of extra features like wireless or loads of USB 3.0 ports – instead you see basic components like DVI and VGA support (though with discrete graphics they are rarely used) and just a few USB 3.0 options.  A single Gigabit Ethernet and 8-channel analog audio output are included as well. 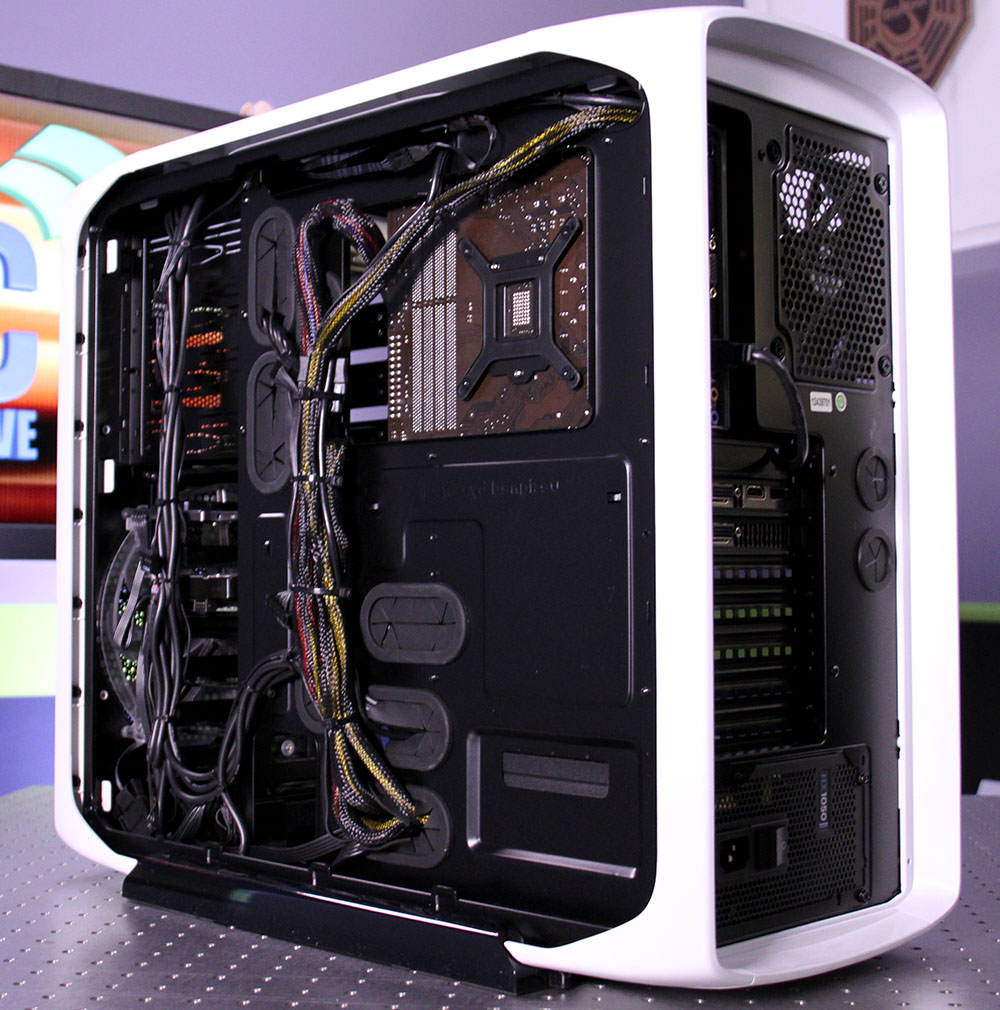 First things first, we open up the back door to the case to reveal the cable routing and cleanliness of the design.  Corsair's cases do a good job of keeping things in check but Digital Storm has gone above that by tying everything together. 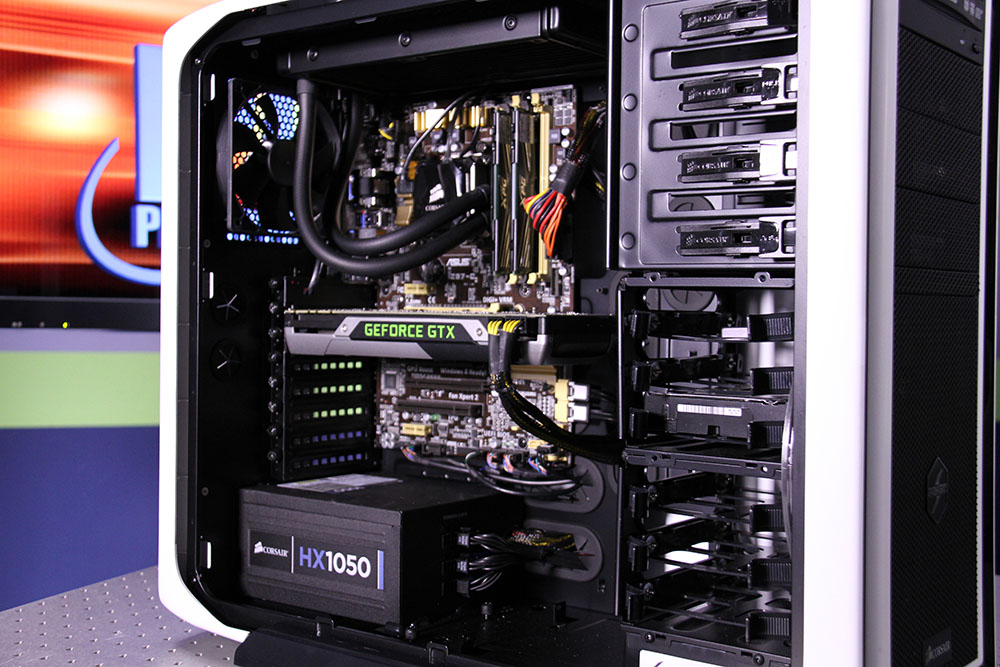 The main compartment of the case is clean and clutter free to promote good air flow and good looks, something we can all appreciate. 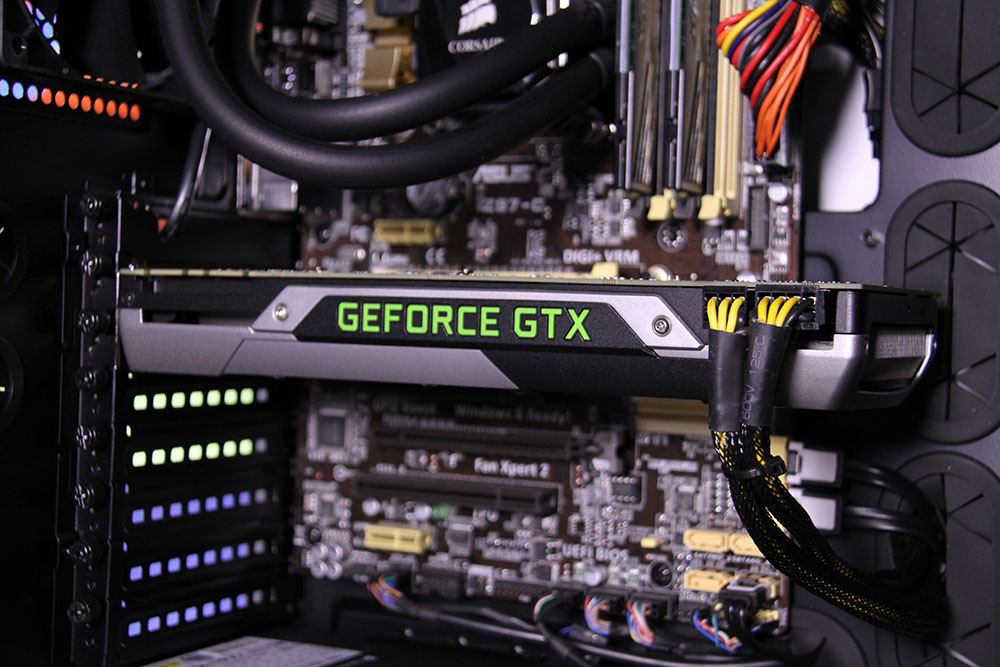 The king of this build is probably the GeForce GTX 780 3GB, a card based on the same GK110 GPU as the GTX TITAN with a few less CUDA cores.  With a retail price of $650 this also makes up a lot of the cost but should provide the best gaming experience you can really ask for. 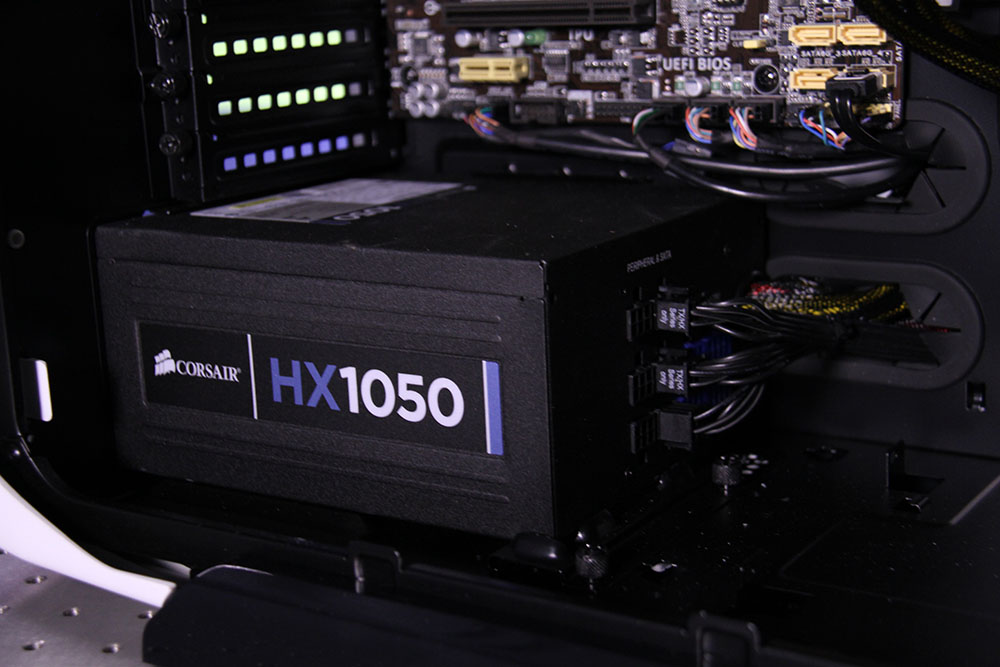 Corsair's HX1050 power supply has more than enough juice for this system and will allow for GPU expansion with dual or triple GTX 780s down the road. 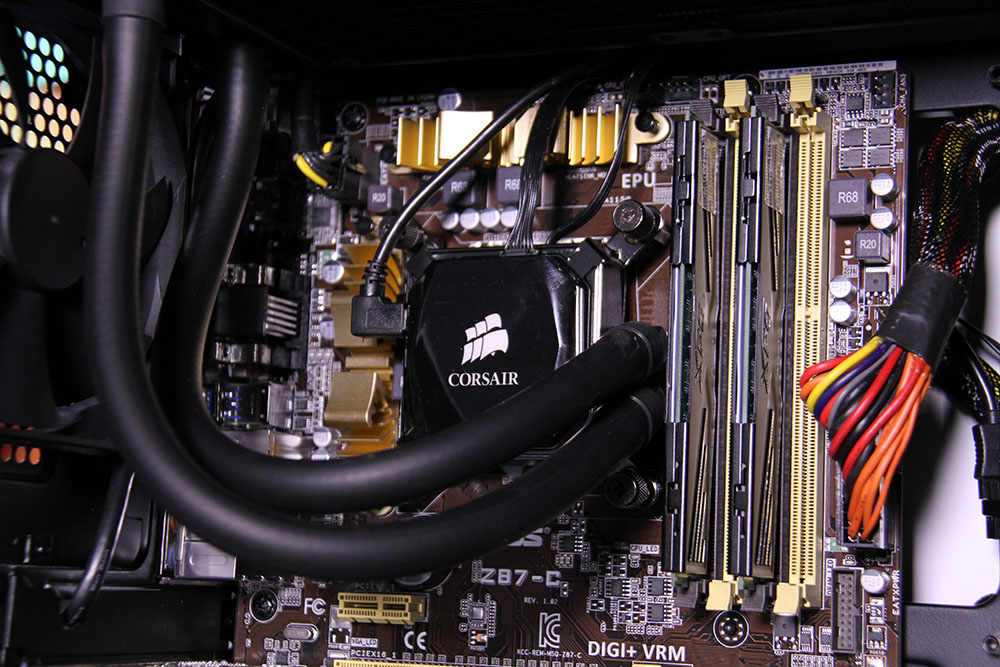 The Core i7-4770K is overclocked to 4.4 GHz when running on all cores and stays cool thanks to the Corsair H100 water cooler.  The 4770K Haswell processor also provides more than enough CPU horsepower for basically any task. 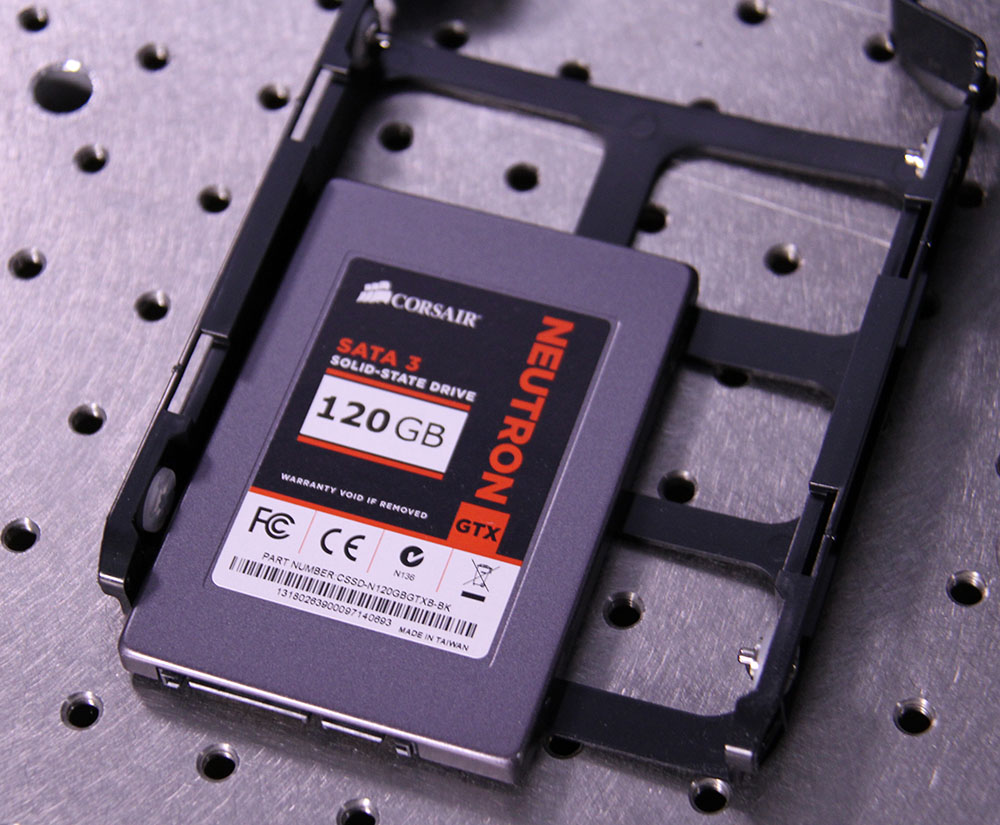 Though the system does include a 1TB hard drive, Digital Storm added a 120GB SSD from Corsair to maintain smooth performance, fast boot times and better application response times.  Really no other performance upgrade is as crucial these days as the SSD.

As you might expect by looking at our reviews of the Core i7-4770K and the GTX 780, performance in CPU workloads or in gaming workloads with the Digital Storm Ode as we have it configured are going to be impressive.  There are very few processors on the market that can best the 4770K when overclocked (even the Sandy Bridge-E parts) and the GTX 780 is the second best single GPU graphics card on the market behind the TITAN. 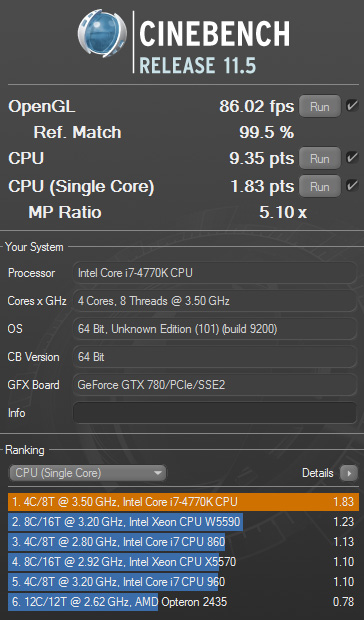 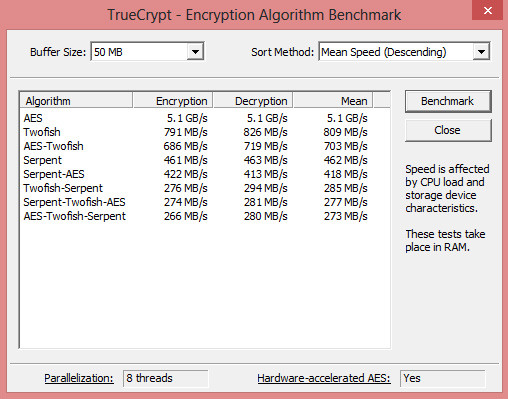 As with all of our full system reviews here at PC Perspective, we feel the need to compare this pre-built system to the cost of building it yourself.  Thanks to our friends at PC Part Picker I was able to easily configure and price out a build with the exact same specs as the Digital Storm Ode we reviewed here. 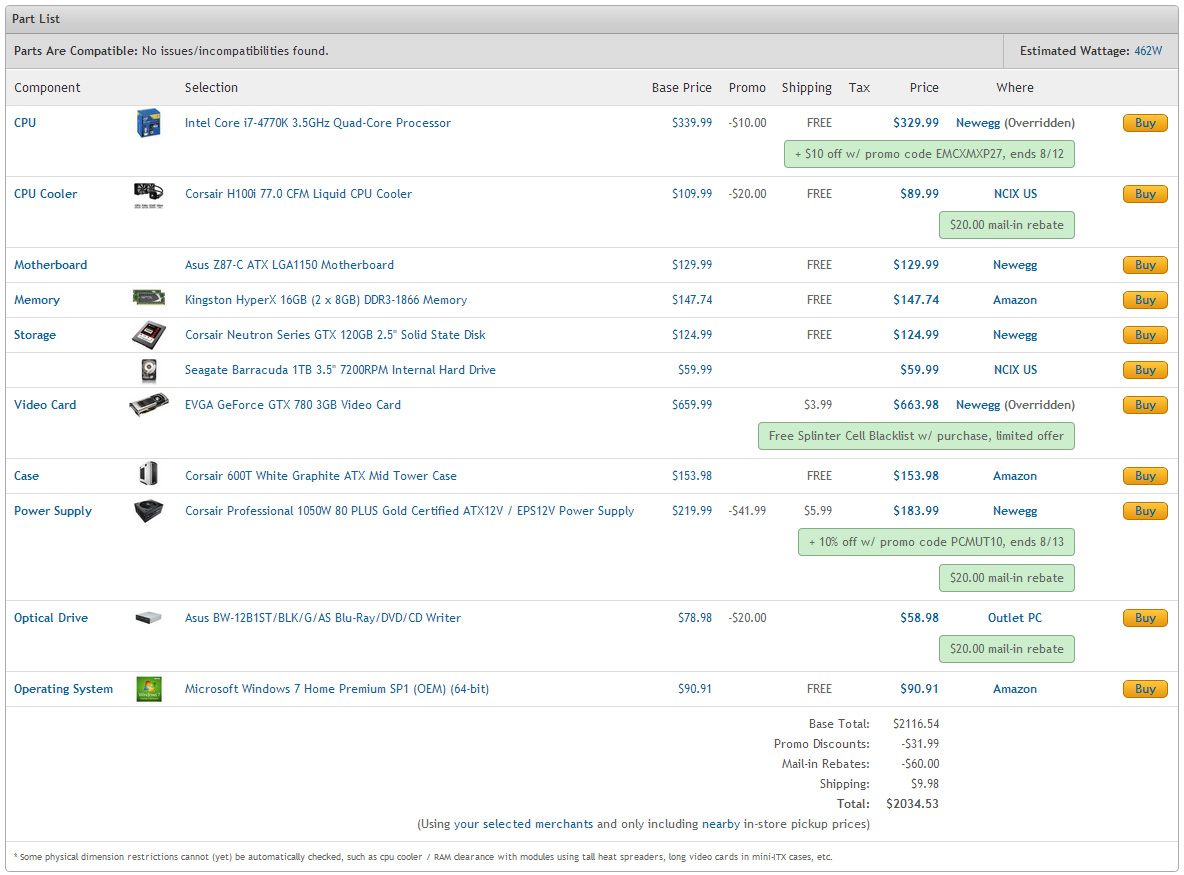 You can link over to the PC Part Picker website to my exact build right here, but the price before shipping for all of these parts was just over $2100.  That is a $350-400 premium for the Digital Storm system that includes service for the build, warranty and support.  The support options from DS are pretty stellar though with lifetime customer support, 3 year labor warranty and a full 1 year warranty on parts.  As a gamer, do you think the added cost is worth the benefit?  That is always the question you must ask for these kinds of systems, especially on ones that are built completely out of off-the-shelf components.

My time with the Digital Storm Ode system was fun and obviously anytime we have an excuse to game for a bit and call it "testing" we are excited.  The build quality of the right was fantastic and the component selection was great, but that obviously depends on what YOU pick out in the companies system selector.  The Digital Storm team has been great to work with and the support and warranty offered by the company should be enough for many gamers to take the plunge.  The only downside to this system is that it is not unique in any way – you could build an identical rig at home with a single Newegg or Amazon order.

A new way to interface with your HTPC