The XSPC Razor GTX680 water block is a full cover block with a black-colored brushed aluminum faceplate, giving the water block a sleek look as well as protecting the acrylic layer from scratches and damage. The aluminum layer further aids in dispersing light from LEDs placed in the acrylic layer to give the block the edge-lit effect. The inlet and outlet ports are housed in the newly redesigned multi-port connector, which is independent of the block itself and secured by screws going through the steel plate and copper base.

The bottom of the Razor GTX680 water block is a machined copper plate with milled pads corresponding to the GPU chip, memory, and VRM chip locations on the board. The steel plate is secured to the copper base for a water-tight seal. All board mounting points are raised to avoid crushing the delicate chips on the GPU card while not being too high to inhibit good contact with the copper plate itself. The cut-out sections in the copper and steel plates, as well as in the acrylic layer, are to provide clearance for larger capacitors on the board's PCB. 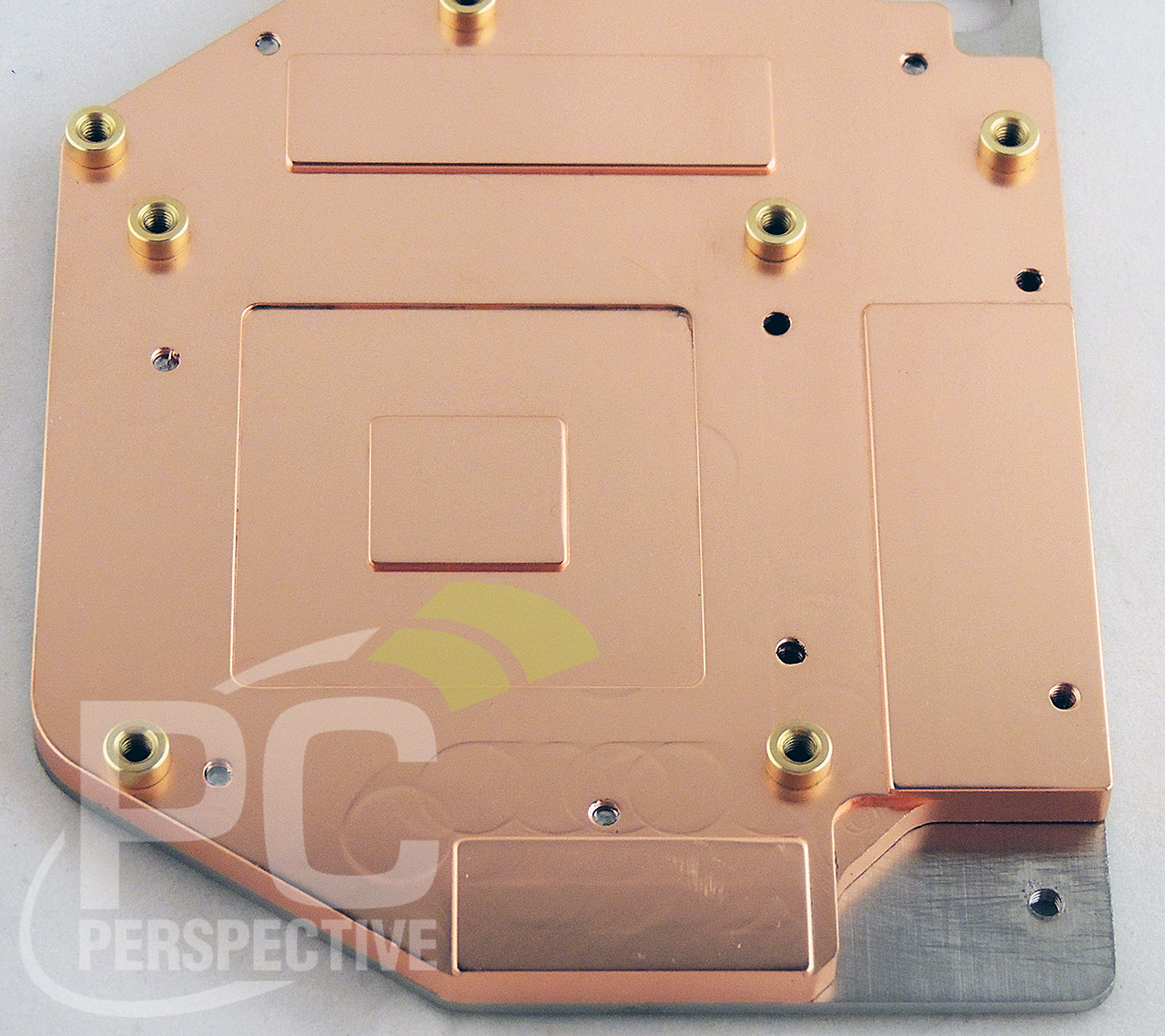 The sections for GPU chipset and memory cooling are located in the right quadrant of the base plate with raised layers provided for solid contact points. The machining of the copper plate was almost flawless with only a few minor areas where the milling remains apparent even after polishing. The contact surfaces are smooth and flat because of the detail XSPC put into the construction of this block. 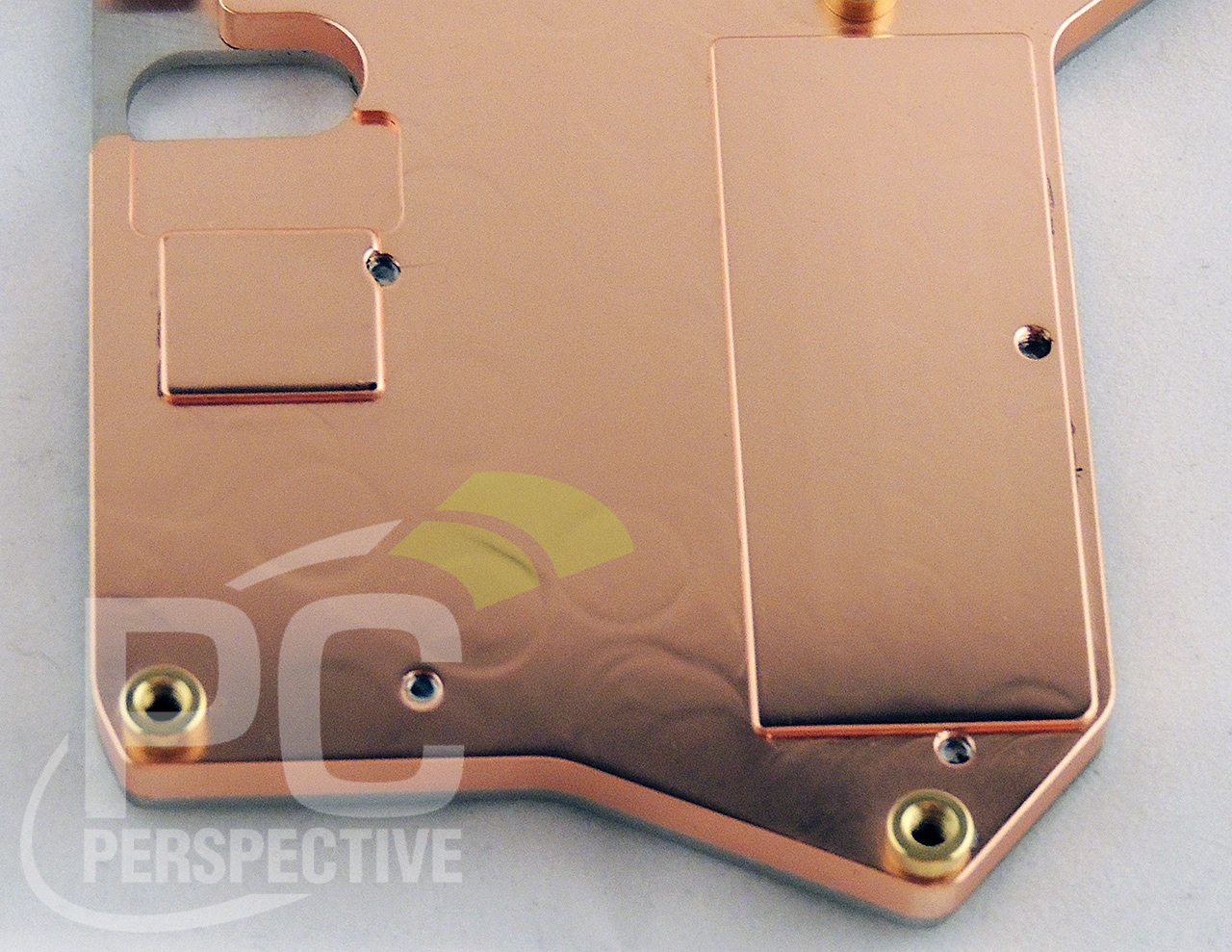 The VRM cooling pads are located on the left side of the copper base plate. Again, there are only a few areas where the block machining is apparent even after final polishing. However, the contact areas are smooth and flat, making for optimal heat dissipation surfaces. 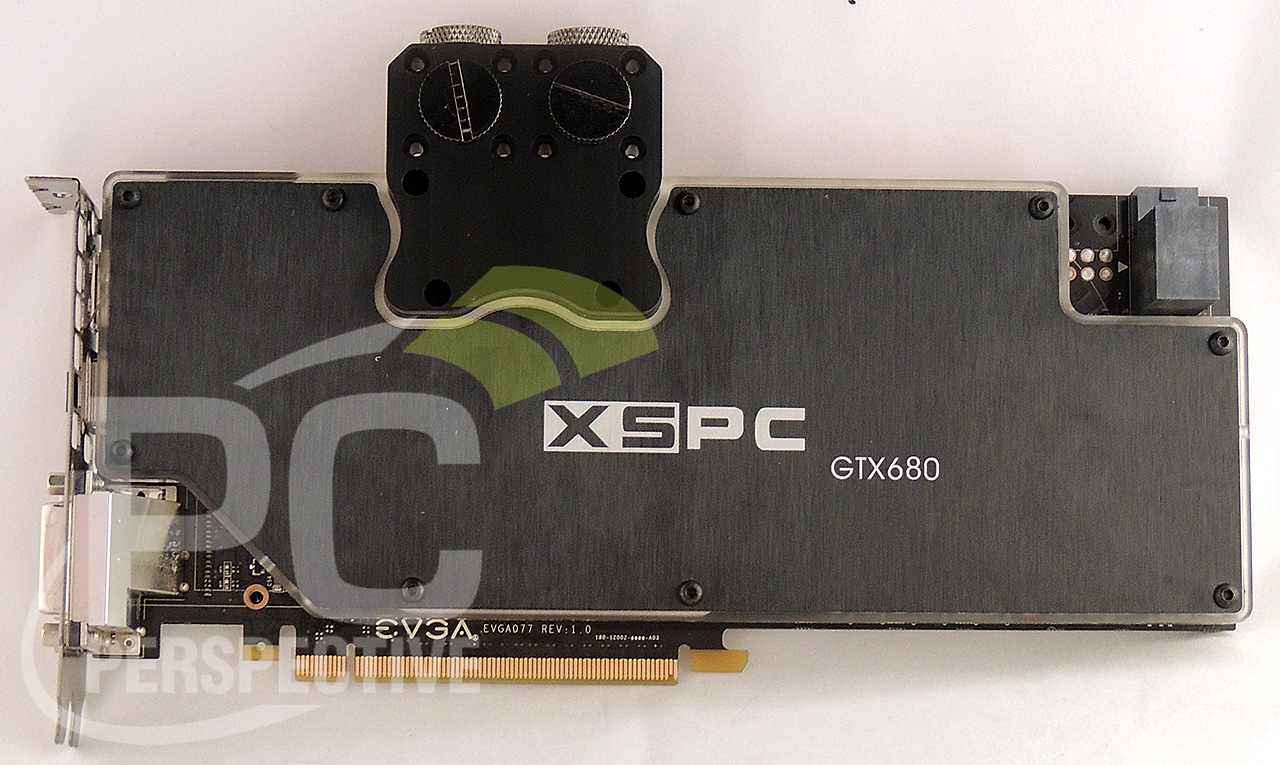 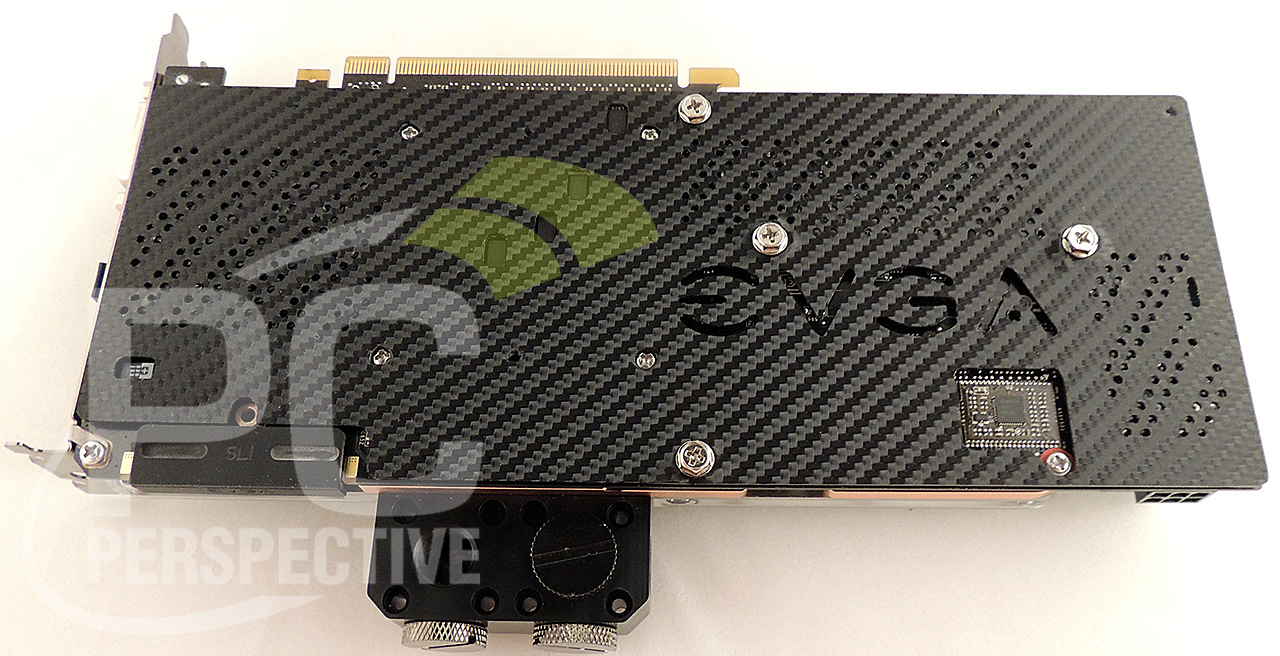 The Razor GTX680 water block entirely covers the front surface of the video card with the card shown being an EVGA GTX 670 FTW card. This block can be used on that particular GTX 670 card because EVGA designed the FTW card using the GTX 680 PCB. The block does not come with a back plate in its stock configuration, but XSPC and several other vendors offer back plates for the card. The back plate shown in the EVGA GTX 680 back plate. As a result of using that back plate with the XSPC block, I had to use several non-standard screws to hold the block in place. This is not a shortcoming in the XSPC design, but a result of the back plate I chose to use with the card. I would not have run into this issue if I chose to use the optional XSPC back plate in conjunction with the water block. 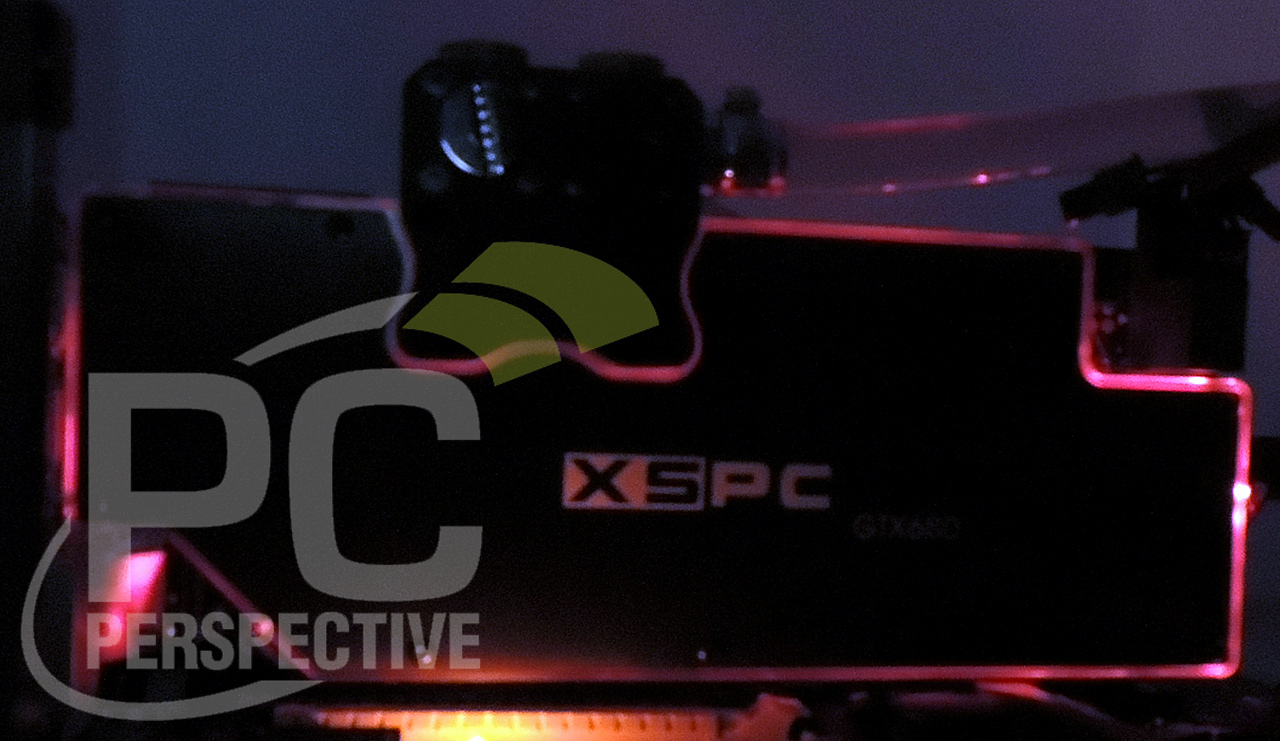 With LEDs installed in the LED ports on the right and left edges of the acrylic layer, the combination of the steel plate underneath and the aluminum cover-plate work to disperse the light throughout the entire acrylic layer for a nice edge-lit effect. The card is pictured with red LEDs, while the block itself comes stock with blue LEDs.

XSPC included all the accessories necessary to get the block attached and functioning. 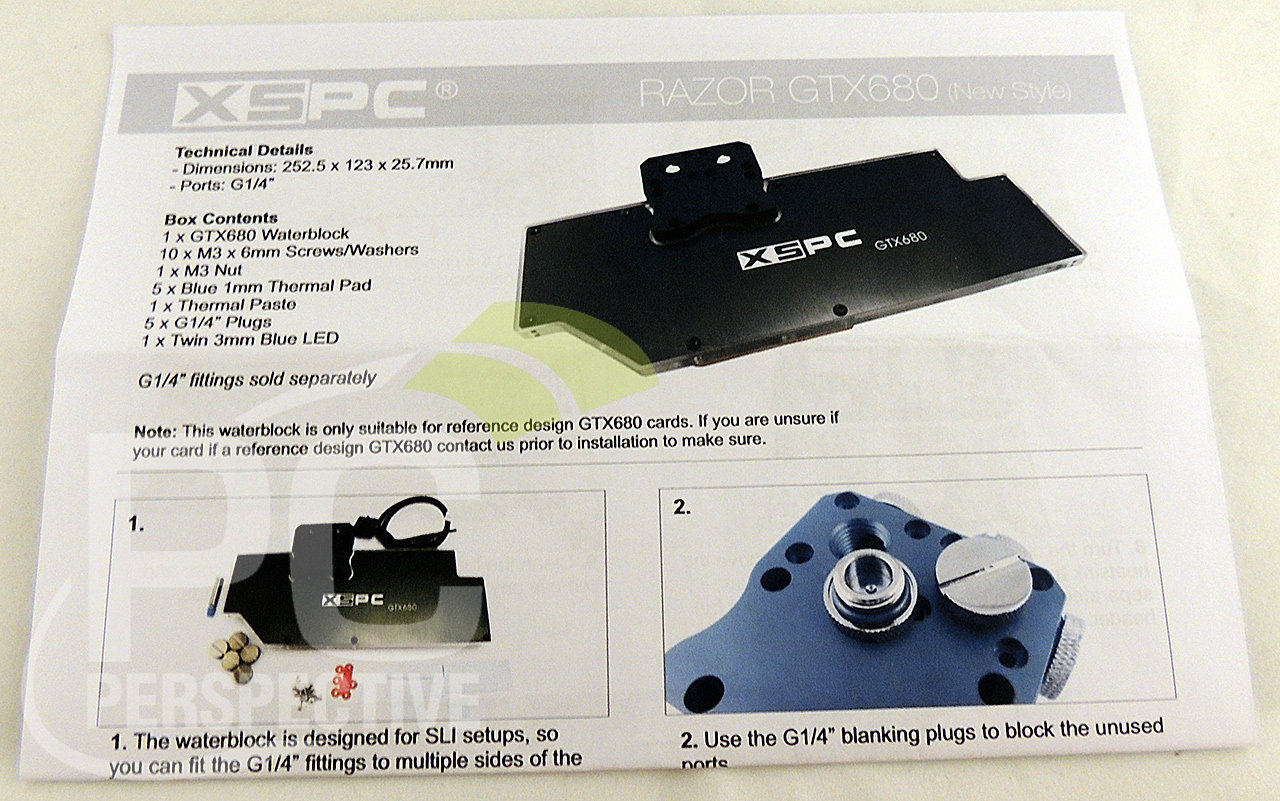 XSPC included a full color, double-side instruction sheet for installing the Razor GTX680 to the video card. While this does not seem like much, the instructions are clear and well detailed. Further, this is the standard style of instructions included with most water cooling gear. 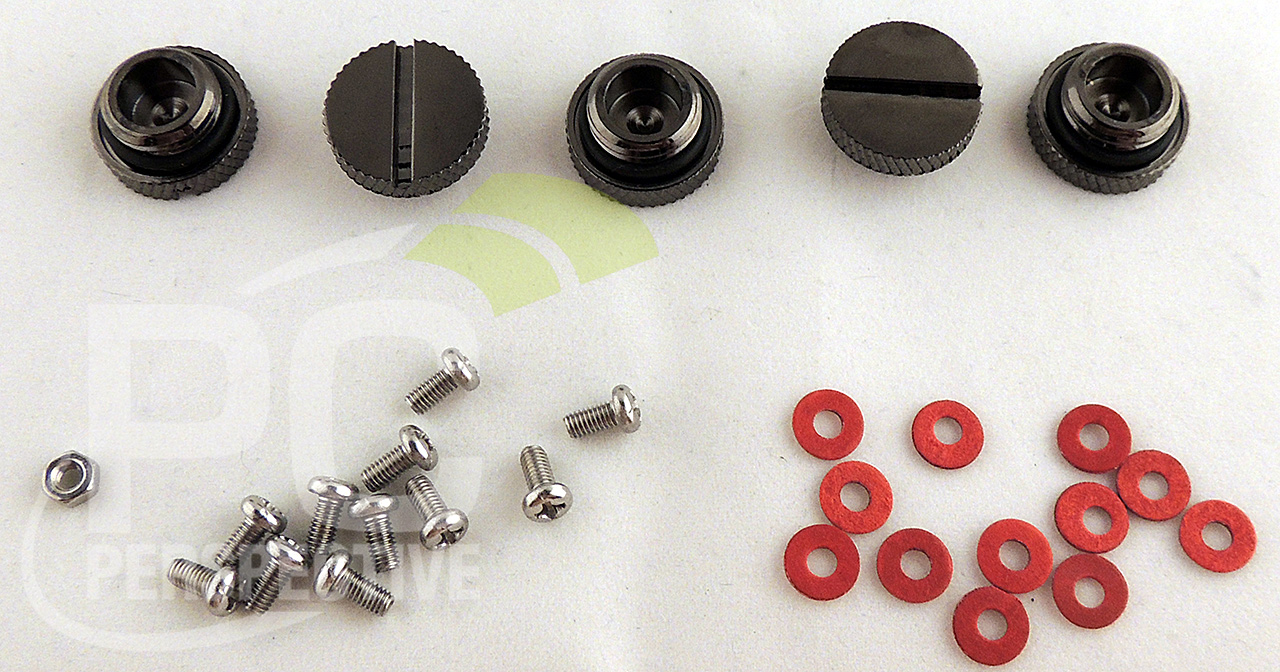 For mounting the block to the PCB, XPC includes 11 M3 x 6mm screws, 12 paper washers, one M3 nut, and five G1/4" plugs. The 11 M3 screws and paper washers are used to hold the water block to the PCB with the paper washers provided to protect the back surface of the PCB from damage. The nut is used to secure the upper retaining arm for the card's rear panel assembly. The plugs are provided to seal the unused inlet and outlet holes in the multi-port connector. Notice how the plugs have a black chrome finish with embedded o-rings underneath to create a water-tight seal between the plug to the connector surface. 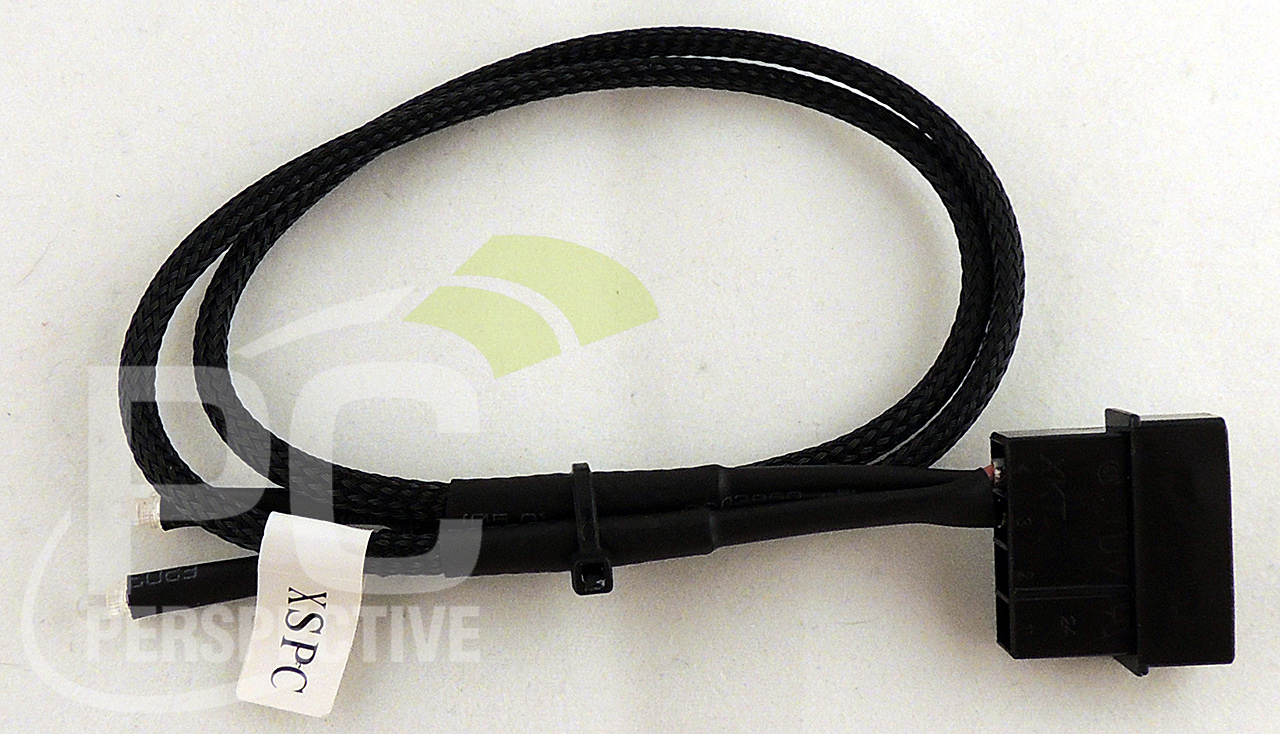 For lighting effects, XSPC includes double-headed 3mm blue LEDs with power provided via a single MOLEX power connector. You simply plug the connector into a female lead from your PSU. The LEDs cables are sleeved in dense-woven, black plastic-style sleeving to aid in camouflaging the cable. 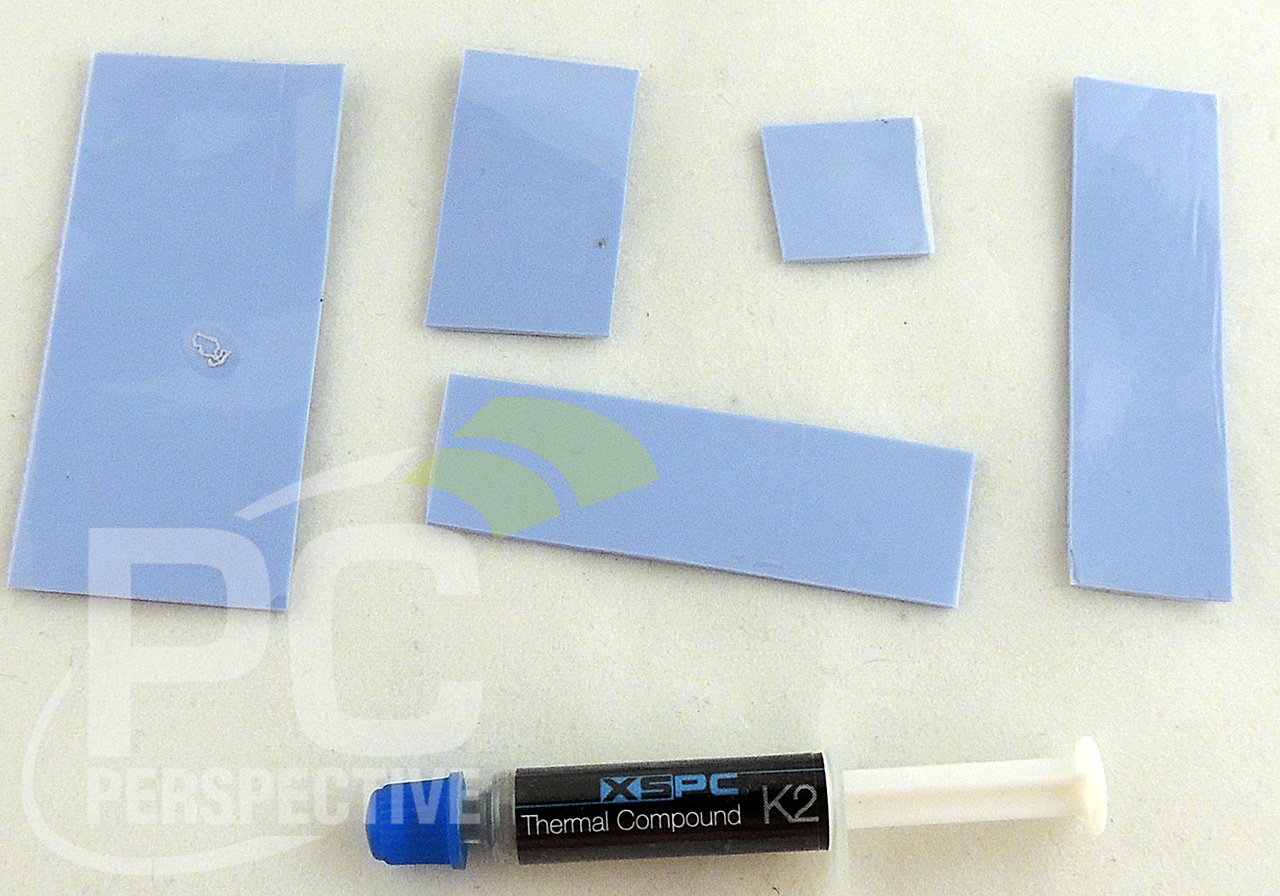 For interfacing the block surface to the PCB chips, XSPC includes 5 pre-cut 1mm thick thermal pads for the memory and VRM chip surface and custom-branded K2 thermal compound for the GPU chipset.