The next generation of AMD graphics processors are being announced this afternoon. They carefully mentioned this event is not a launch. We do not yet know, although I hope we will learn today, when you can give them your money.

When you can, you will have five products to choose from:

AMD only provides 3D Mark Fire Strike scores for performance. I assume they are using the final score, and not the "graphics score" although they were unclear.

The R7 250 is the low end card of the group with 1GB of GDDR5. Performance, according to 3DMark scores (>2000 on Fire Strike), is expected to be about two-thirds of what an NVIDIA GeForce GTX 650 Ti can deliver. Then again, that card retails for about ~$130 USD. The R7 250 has an expected retail value of less than < $89 USD. This is a pretty decent offering which can probably play Battlefield 3 at 1080p if you play with the graphics quality settings somewhere around "medium". This is just my estimate, of course. 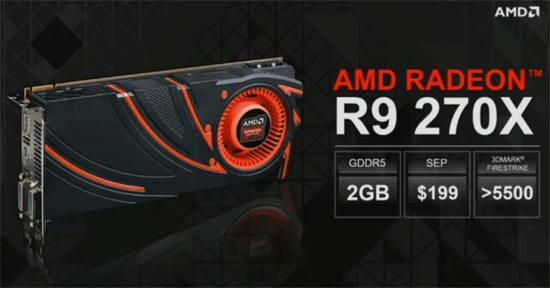 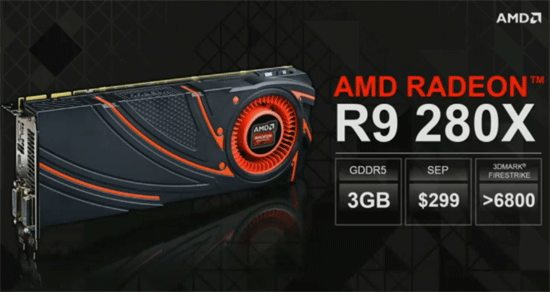 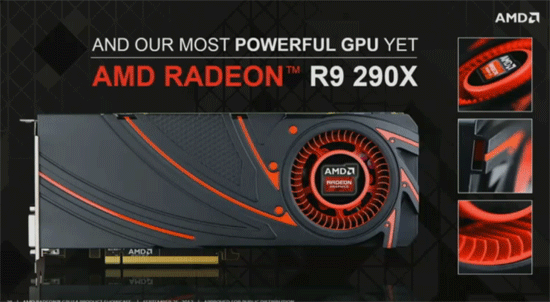 Not a lot is known about the top end, R9 290X, except that it will be the first gaming GPU to cross 5 TeraFLOPs of compute performance. To put that into comparison, the GeForce Titan has a theoretical maximum of 4.5 TeraFLOPs. 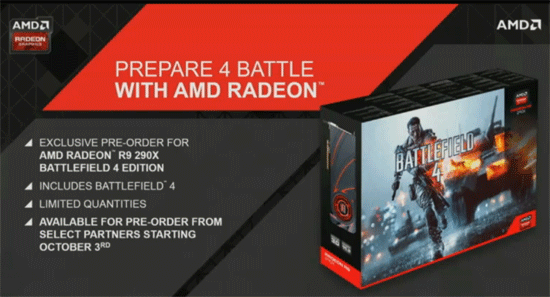 If you are interested in the R9 290X and Battlefield 4, you will be able to pre-order a limited edition package containing both products. Pre-orders open "from select partners" October 3rd. For how much? Who knows.

We will keep you informed as we are informed. Also, the announcement is still going on, so tune in!

She chopped off their tails with a carving knife …

Don’t toss out those speakers, fix them!