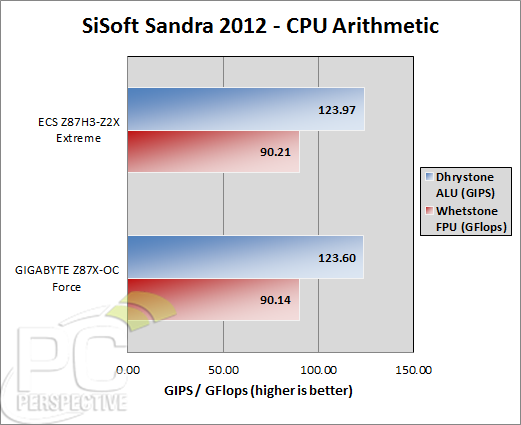 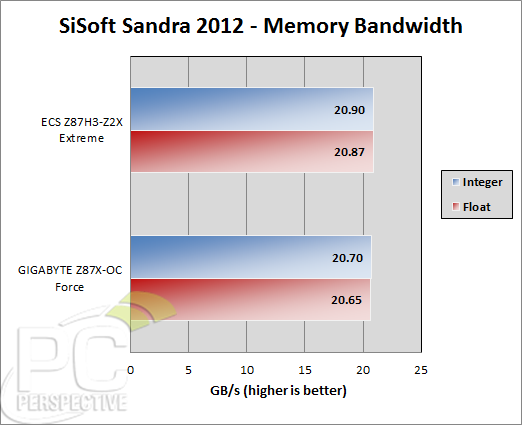 The Sandra benchmarks are a fast and easy to determine how well the system's CPU and memory are functioning. The Z87H3-A2X Extreme board performs on par with the competing Z87-based systems. Same or better performance demonstrates the CPU and memory subsystems working optimally. 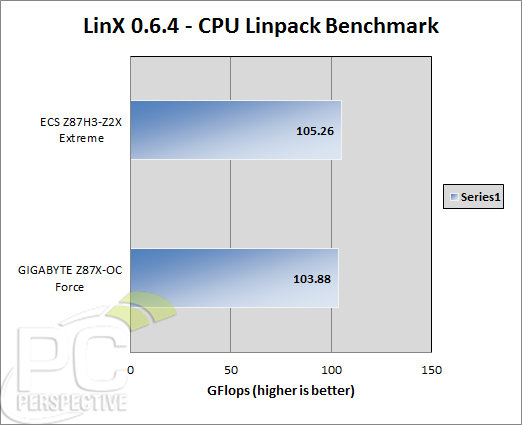 This CPU torture test is good for proving out how well the CPU to motherboard interface is designed. This benchmark again demonstrates that ECS did a fine job with the design of the Z87H3-A2X Extreme. 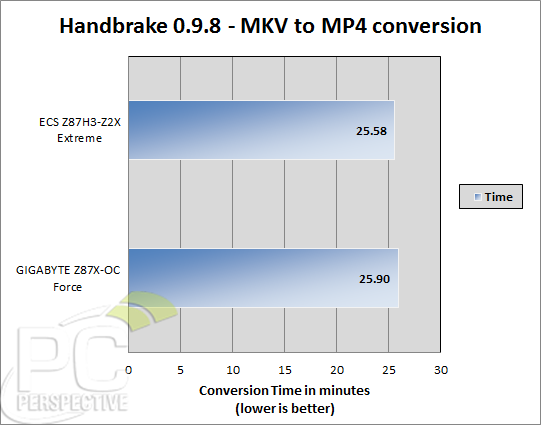 Video encoding is one of the more system intensive operations with good performance in the benchmark indicative of similar board performance. Again we see the Z87H3-A2X Extreme perform well against the other Z87 systems. 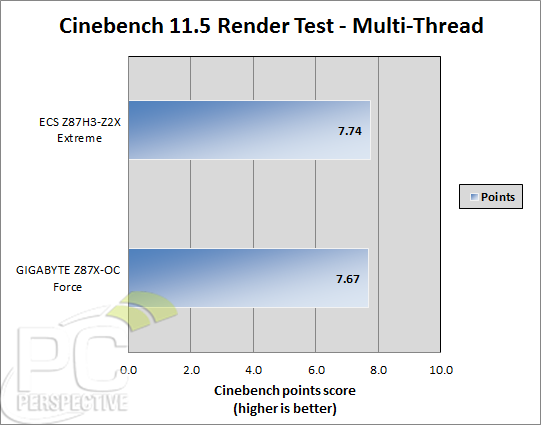 The Z87H3-A2X Extreme continues to perform well against the competing systems. 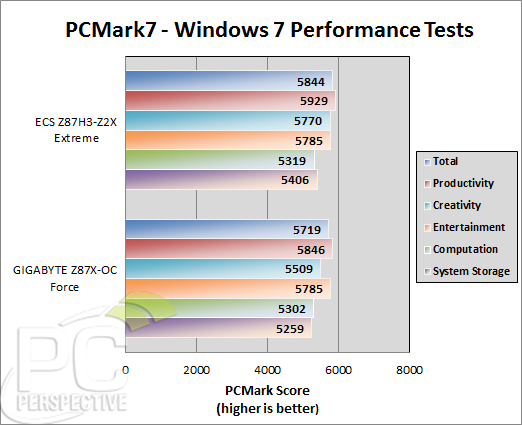 The Z87H3-A2X Extreme pulls out all the stops with its tough to beat performance in these business application-centered tests. 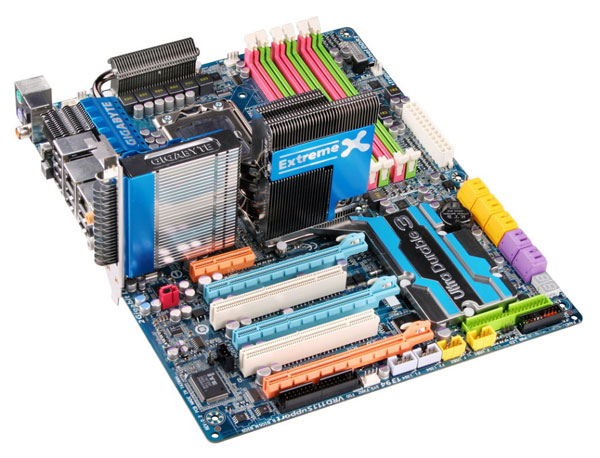